Meet Pretty Vee: Everything About the Standup Comedian

Pretty Vee is a well-known comedian. She was recently seen on the screen while she hosted the BET Awards pre-show with actor, Terrence J. Continue reading to know everything about the personal and professional life of Pretty. Here’s all you need to know about Pretty Vee

For those of you who are unversed, let us tell you Pretty Vee is a comedian, actress, reality TV star, and social media influencer. She was born on October 13, 1991, in Miami, Florida. She is a child of Jamaican parents. She was brought up in South Carolina.

After a while, Pretty and her family relocated to North Carolina. She attended Saint Augustine’s University, in Raleigh, North Carolina to complete her studies. She has a total of 2 siblings. Currently, her mom is a pastor, educator, counselor, and motivational speaker. Every now and then, she keeps sharing pictures with her mom and two siblings on her social media pages. Vee is most noted for her appearances on Nick Cannon’s show, Wild ‘N Out. Vena Excell popularly known as Pretty Vee rose to fame on the video-sharing platform TikTok in the year 2019. Her hilarious videos, dance routines, and lip-sync clips on TikTok struck a chord with the audience.

From there on, Vee was able to grow her fan following on various social media platforms like Instagram and many more. Her good fan base on platforms helped her to get a hold of many partnerships with renowned brands. She ended up racking up partnerships with brands like Fashion Nova.

How many followers does Pretty Vee have?

At the moment, the Florida Native has a good fan following on social media platforms. When we talk about Instagram, she has around 6 million followers on it, however, she boasts a fanbase of 315.9K followers on TikTok. Now, we are going to spill the beans about her followers on the video-sharing platform YouTube. As of now, Vee has nearly 22.9k followers on YouTube. According to her Instagram bio, she owns her own products in 600+ Citi Trends stores.

What is that one thing that Pretty Vee thinks makes her Pretty?

Later on, the host of the show went on to ask Vee which quality of hers makes her pretty to which she responded, “My belief in God is what makes me more than just ‘pretty’… How I grew up – knowing who He is.” 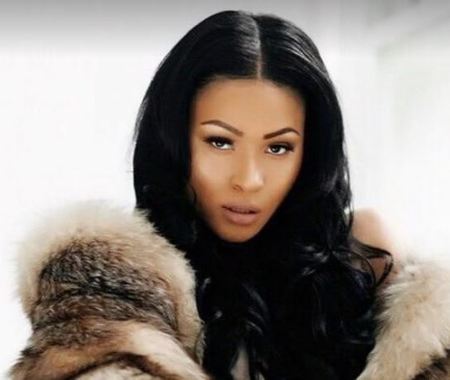 After a while, Pretty also shared a clip from her interview with David Shands on the social media platform Instagram. She penned down a heartfelt caption alongside the clip, that read, “As A Child I Always Had, But There We’re Times When It Got Rough, But I NEVER GAVE UP On My Dreams! My ChildHood Shaped Into The Woman I Am Today! My Mothers Strength & Her Prayer Kept Me Going.”

We can’t wait to see what Pretty Vee has in store for her fans in the times to come. Don’t forget to stay tuned with us for the latest updates from the world of showbiz.