Netflix’s new drama series Kaleidoscope just premiered and it has already created quite a buzz on social media. The heist thriller series dropped on the streaming giant platform on January 1, 2022, Sunday.

For those of you who are unaware, let us share with you, Kaleidoscope which consists of a total of 8 episodes is a show that revolves around a master thief named Leo Pap (played by Giancarlo Esposito) and his gang of criminals who plan on conducting an epic heist. 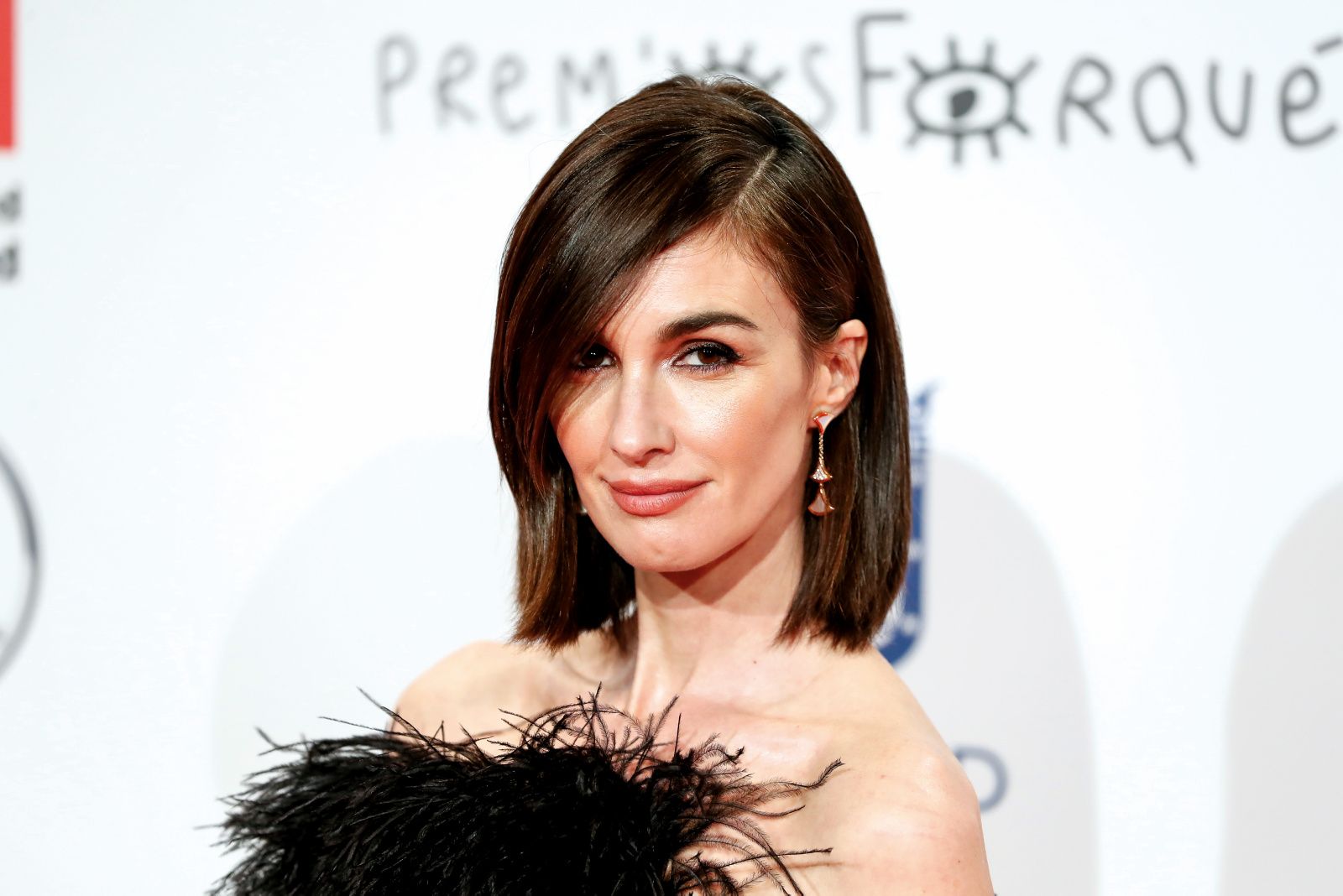 The brand new series of Netflix Kaleidoscope also has a couple of guest appearances by stars such as Niousha Noor, Patch Darragh, and Max Casella. Read on to know everything about Paz Vega.

Paz Vega plays the character of Ava Mercer in Netflix’s latest show Kaleidoscope. Ava Mercer is a lawyer and a weapons specialist who is part of Leo’s crew. In addition to protagonist Ray Vernon, Ava is one of the main characters in the show.

Vega looks pretty impressive in the trailer of the show Kaleidoscope. We are damn sure that she has given a brilliant performance in the series and she will be applauded for the same. 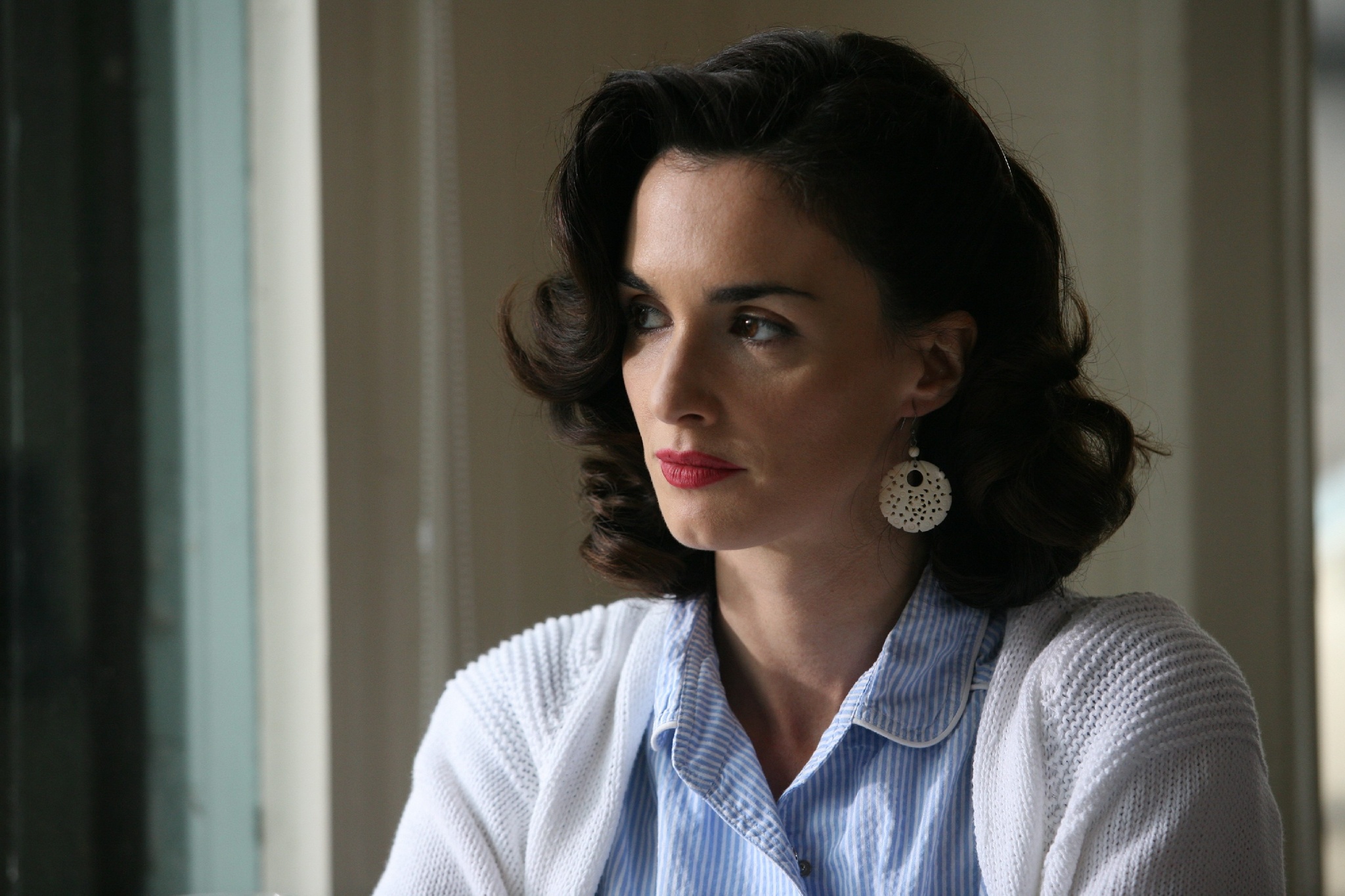 Here’s everything you need to know about Paz Vega (including her early life, birthday, and more)

The real name of Paz Vega is María de la Paz Campos Trigos. She is a Spanish actress. She was born on January 2, 1976, in Seville, Andalusia, Spain, to a housewife mother and a father who was a former bullfighter. She has a younger sister who has performed as a flamenco dancer.

Vega has referred to her family as ‘traditional’ and ‘Catholic.’ She became inclined toward the field of acting during her teen years. She decided to become an actress after attending a performance of Federico García Lorca’s play, La casa de Bernara Alba when she was only 16 years old. After completing her compulsory education at 16, Paz attended the Centro Andaluz de Teatro stage school. At that point, she studied at the stage school for a total of 2 years. Soon after, she studied journalism for 2 years. Later on, she moved to Madrid to seek a bright future.

When did Paz Vega make her television debut?

Let us share with all of you, Vega made her TV debut with the Spanish TV series, Menudo es mi padre which starred rumba singer El Fary. Besides this, she also starred in two other series in 1997: Más que amigos and teen drama Compañeros.

Shortly afterward, Paz made her film debut in the year 1999 with the film Zapping. She played the role of Elvira in the movie. During the same year, she had a small role in the David Menkes movie I Will Survive alongside Emma Suárez, and Juan Diego Botto. 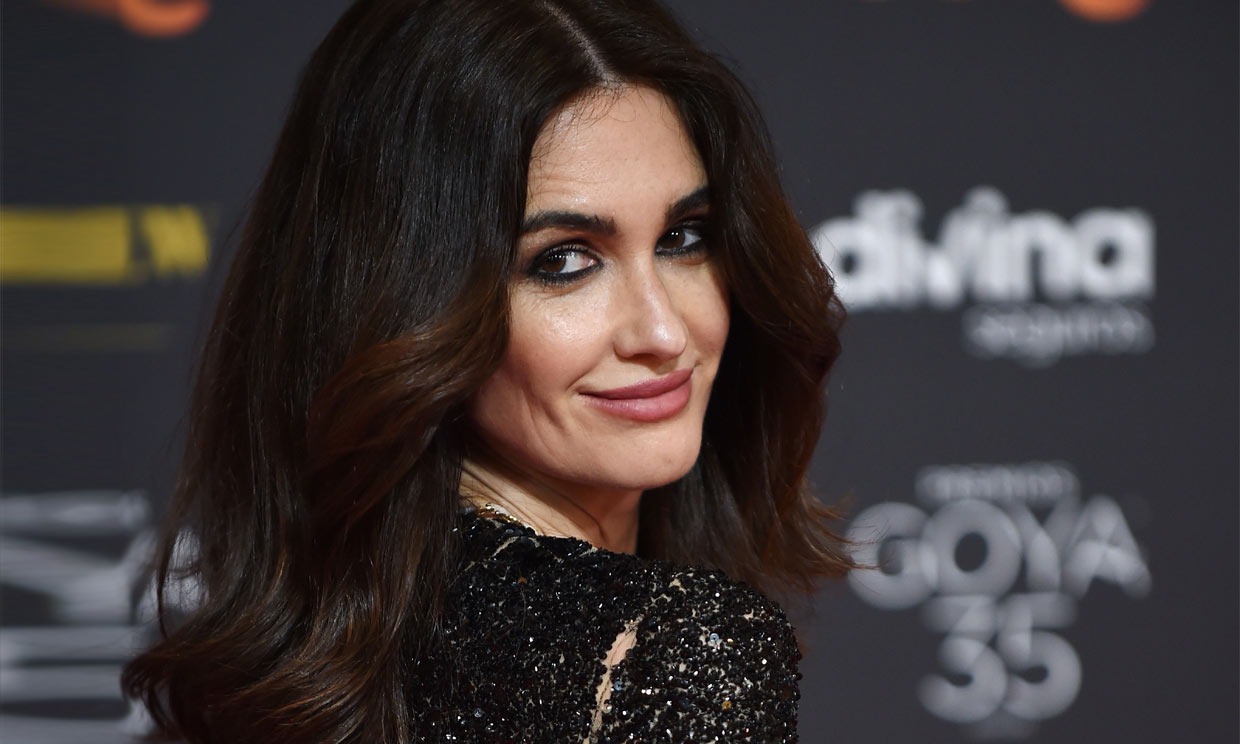 Paz garnered immense success in 1999’s TV series 7 Vidas. The series was called a Spanish version of the famous sitcom Friends and it became one of the country’s best-loved domestic sitcoms.

She portrayed the character of Laura Arteagabeitia, a perky Andalusian girl who had come to stay with David, who had recently come out of a coma. The series dropped on Telecinco and it came to an end on April 12, 2006.

Paz Vega has starred in many movies and TV shows

Over the years, Paz has been a part of many films such as Sex and Lucia, Nobody Knows Anybody, Mine Alone, Talk to Her, The Other Side of the Bed, Novo, Carmen, 10 Items or Less, Fade to Black, The Human Contract, The Spirit, Not Forgotten, The Six Wives of Henry Lefay, Burning Palms, Angel of Evil, Acts of Vengeance, and Chasing Wonders. 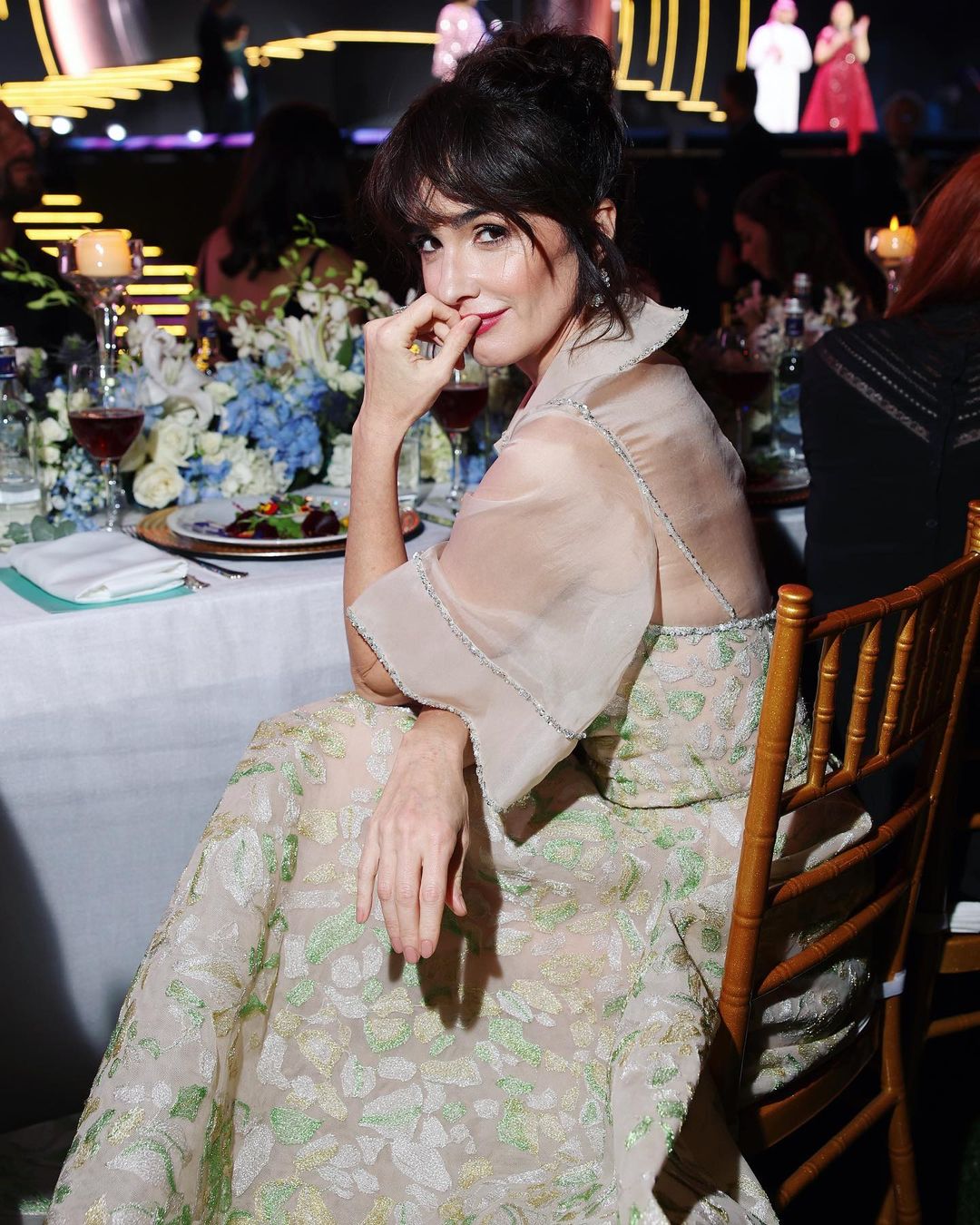 When we put some light on Paz Vega’s love life, she is a happily married woman. She tied the knot with her Venezuelan husband, Orson Salazar, in the year 2002. Vega and Orson are proud parents of three.

The pair shares three children. Paz and her husband Orson welcomed their first child, a son in the year 2007. Their second child, a daughter joined them earthside in July 2009. Vega gave birth to her and Salazar’s third child, a son in August 2010. 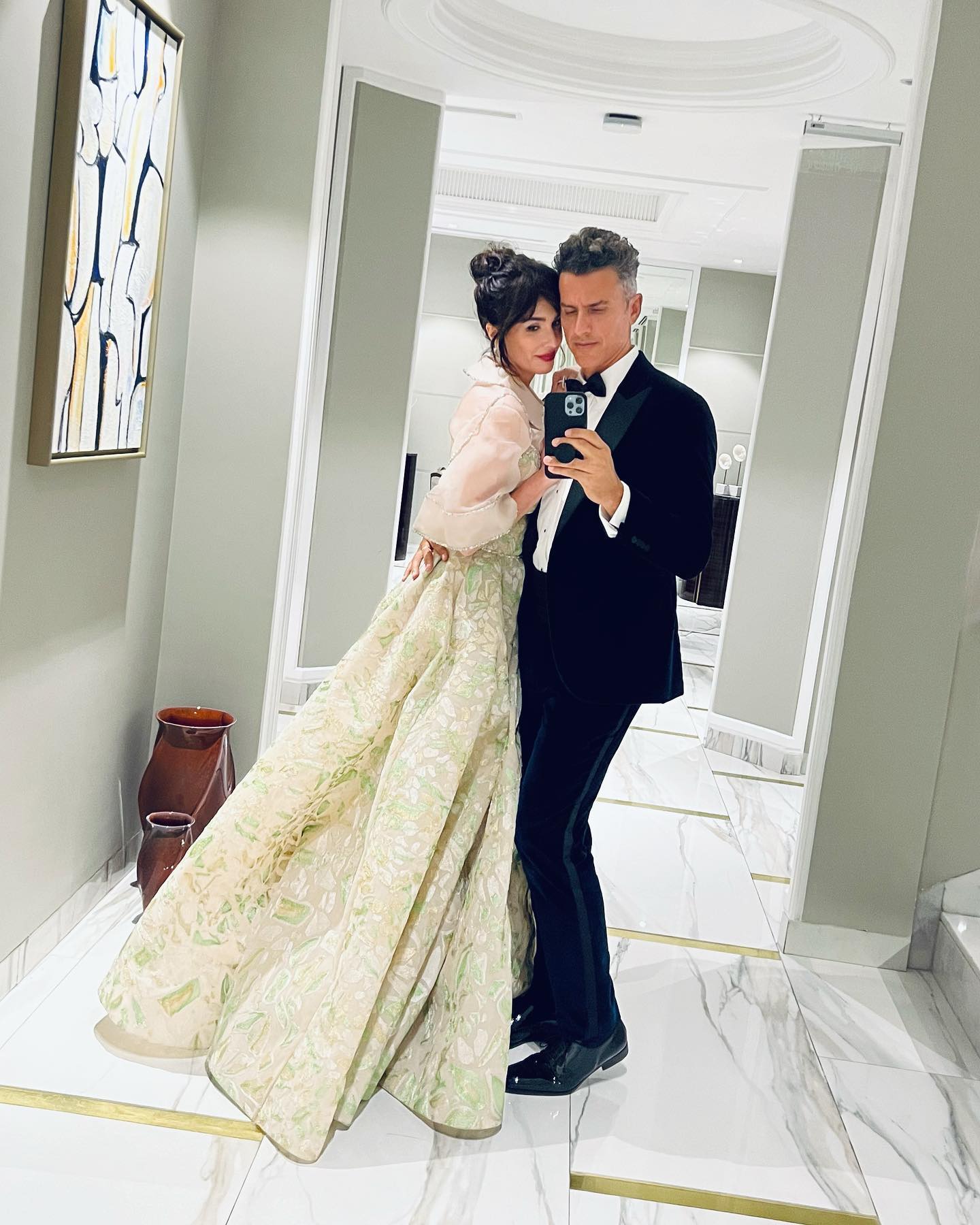 The answer to the above question is a big yes. Like most stars in the entertainment industry, Paz Vega also has a profile on the social media platform Instagram. As of this moment, she has more than 500k followers on Instagram. Up until now, she has 1,322 posts on her Instagram feed.

When we scrolled through the Instagram feed of the actress, we found a couple of photos of her from her trips all across the globe, a series of pictures of her with her friends and family members, some beautiful snaps of her from professional photoshoots, and a few photographs of her with the cast members of the show Kaleidoscope.

Have you seen Netflix’s new drama series Kaleidoscope? Kindly let us know your thoughts in the comments section below. Don’t forget to stay tuned with us for the latest updates from the world of showbiz.