A love story straight out of a concert! With each passing day, the TikTok influencer Addison Rae is climbing the ladders of success, meanwhile her boyfriend Omer Fedi continues to be her rock.

For those of you who are unaware, let us share with you, Addison Rae is an actress, dancer, and TikTok star. She rose to fame in the year 2020 during the covid-19 pandemic and gained 88 million followers on the platform. After garnering the attention of the viewers on the social media app TikTok in 2020, Addison began trying her hand at different things. In 2021, she dropped her debut single Obsessed. During the same year, she made her acting debut with the movie He’s All That which is a gender-swapped remake of the 1999 film She’s All That.

When we talk about the love life of Addison Rae, she was previously linked to Bryce Hall. At the moment, she is in a relationship with Omer Fedi. So, who is Omer Fedi? We have got everything rounded up about Addison Rae’s boyfriend Omer Fedi.

Just like Addison Rae, her boyfriend Omer Fedi is no stranger to the world of limelight. Omer is an Israeli record producer, songwriter, and guitarist. He was born on March 25, 2000, in Tel Aviv, Israel. Right now, he is 22 years old.

Omer’s father Asher Fedi is a drummer who MTV described as “one of the most accomplished and well-respected drummers in Israel”. His dad taught him to how to play drums from a young age, although he began learning guitar at the age of 10. Fedi got inspired to learn guitar by Drake Bell’s character in the show Drake & Josh. When he turned 16, he and his dad shifted to Los Angeles to look for some musical opportunities.

Let’s spill the beans on educational qualifications of Omer. Back in the day, he went to Calabasas High School. After joining his high school’s jazz ensemble, he started drawing audiences from outside of the regular parent attendees. A jazz clinician who worked with Omer said that he “could speak through the instrument” when he played guitar.

Omer Fedi has worked with many popular artists

Yeah, you read that right. Omer is a talented artist who can write songs, play guitar, and don the cap of the producer as well. Over the last couple of years, he has worked with some of the biggest names in the music industry such as Justin Bieber, Lil Nas X, 24kGolden, Machine Gun Kelly, and many more.

Fedi has co-written, produced, and performed on “Mood” by 24kGoldn ft. Iann Dior, “Montero (Call Me By Your Name)” by Lil Nas X, and “Stay” by the Kid Laroi and Justin Bieber. 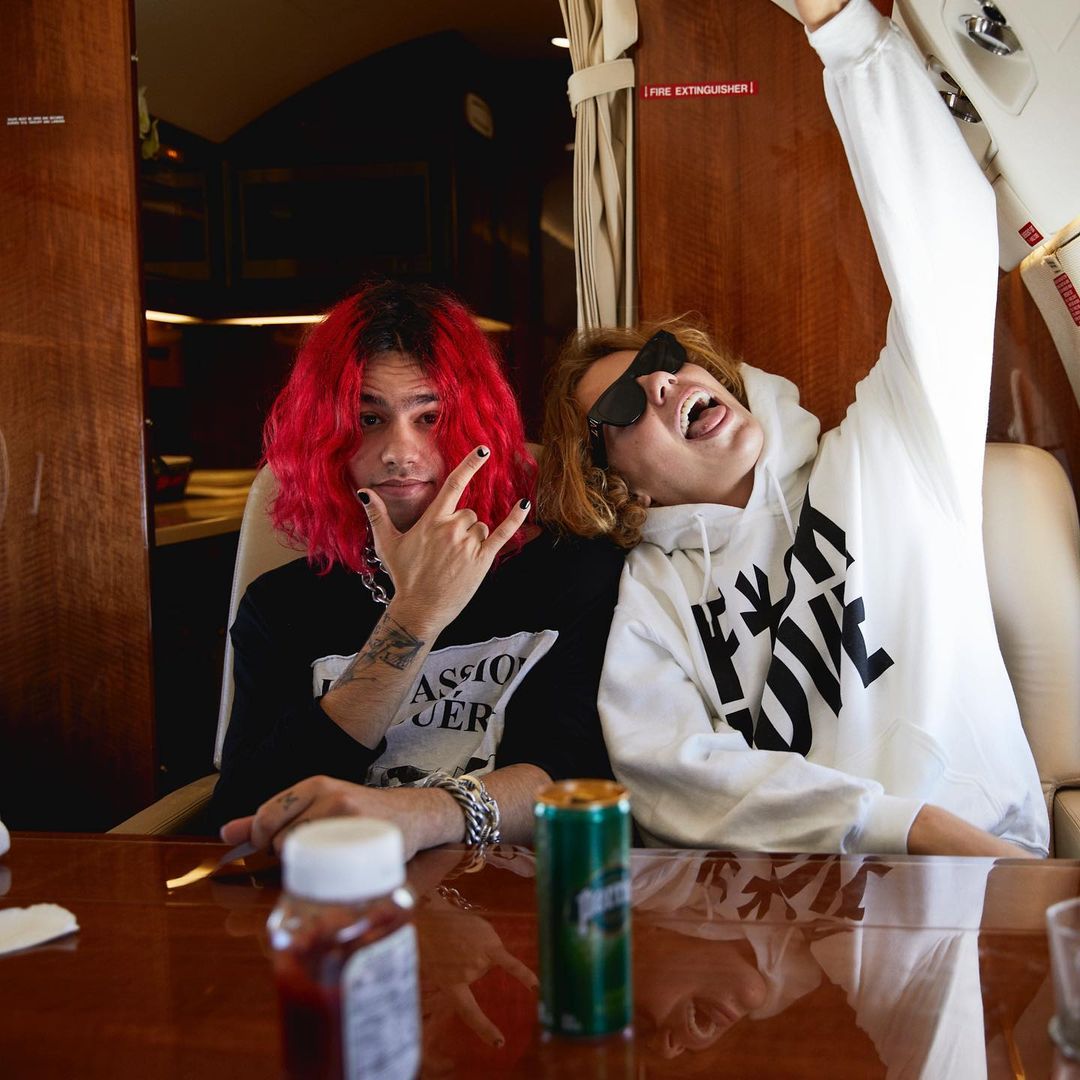 In addition to this, Omer has also worked on Kid Laroi and Juice Wrld’s platinum single “Go!” and Machine Gun Kelly’s Tickets to My Downfall album which landed at number 1 on the Billboard 200. XXL even referred to him as one of the best producers of 2020.

When did Addison Rae and Omer Fedi begin dating?

The He’s All That actress and the record producer started dating after the end of her messy on-again, off-again relationship with Bryce Hall. The two of them sparked romance rumors in the summer of 2021.

As per a report by Us Weekly, Rae and Fedi met each other for the first time at a Machine Gun Kelly concert on June 21, 2021, when Omer was playing bass at MGK’s pop-up show. Addison showed up at the concert with her bestie Kourtney Kardashian and Megan Fox. A couple of days later, the two lovebirds were spotted by people in Hollywood shopping at Erewhon Market. The dating rumors of the TikTok star and the guitarist continued as Addison’s mom dropped a comment on a post about how wonderful Omer Fedi is. Around the same time, the duo was then seen packing on the PDA at Ono Hawaiian BBQ in Los Angeles.

Addison and her beau Omer made their relationship Instagram official in August of the same year. At that point, Fedi took to his Instagram Stories and posted a snap of himself and Rae. He simply captioned the photo, “She’s wearing the pants in the relationship.”

During the same month, the two lovebirds were snapped out and about in public again. At that point, Rae and Omer were clicked by the paps while holding hands in West Hollywood.  The next week, they were spotted grabbing ice cream in Los Angeles. Omer Fedi is a supportive boyfriend

At the end of August 2021, Addison’s movie He’s All That earned a spot in Netflix’s weekly Top 10 list. Around that same time, the song “Stay” by The Kid LAROI, which Fedi co-produced, made it onto Billboard‘s Hot 100 chart.

Then, Omer shared an Instagram Story to mark the special milestones of both of their careers. He took to his Instagram Story and wrote, “Me and my baby are both number 1 atm. I’m so so proud of her. Wonder if we are the first couple to ever do that with movie and a song? Anyway love you babe.” 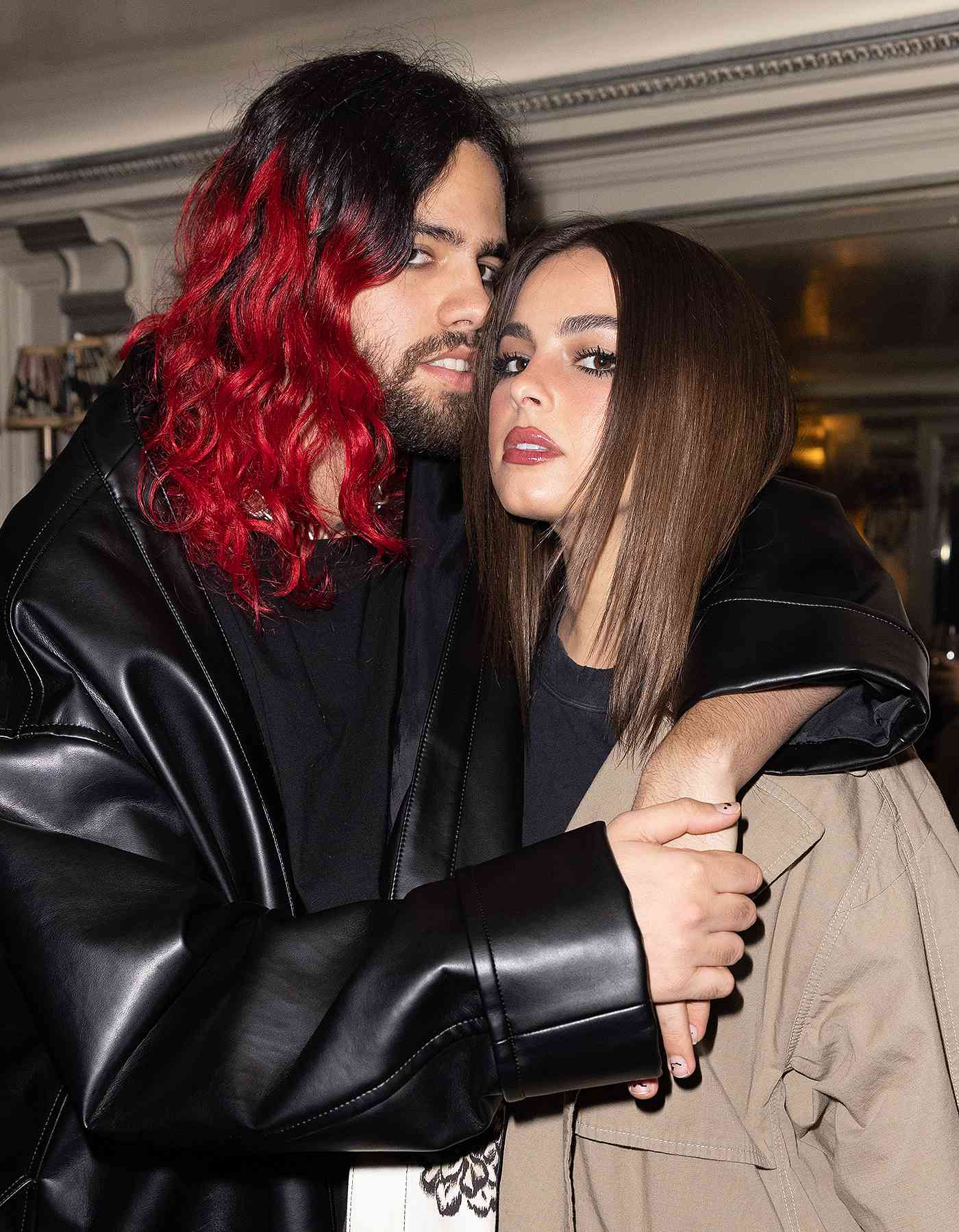 Omer and his girlfriend Addison are still going strong. Every now and then, Rae keeps sharing photos and videos of herself and her boyfriend on various social media platforms like Instagram, and Twitter. It looks like Addison and Omer are happy and in love.

Do you think Addison Rae and her boyfriend Omer Fedi are a good match for each other? Kindly let us know your thoughts on the pair in the comments section below. Don’t forget to stay tuned with us for the latest updates from the world of showbiz.