Nina Agdal is the rumored girlfriend of the Youtuber turned fighter Logan Paul. She is a model by profession, so she is no stranger to the spotlight and is well versed with the world of name and fame. 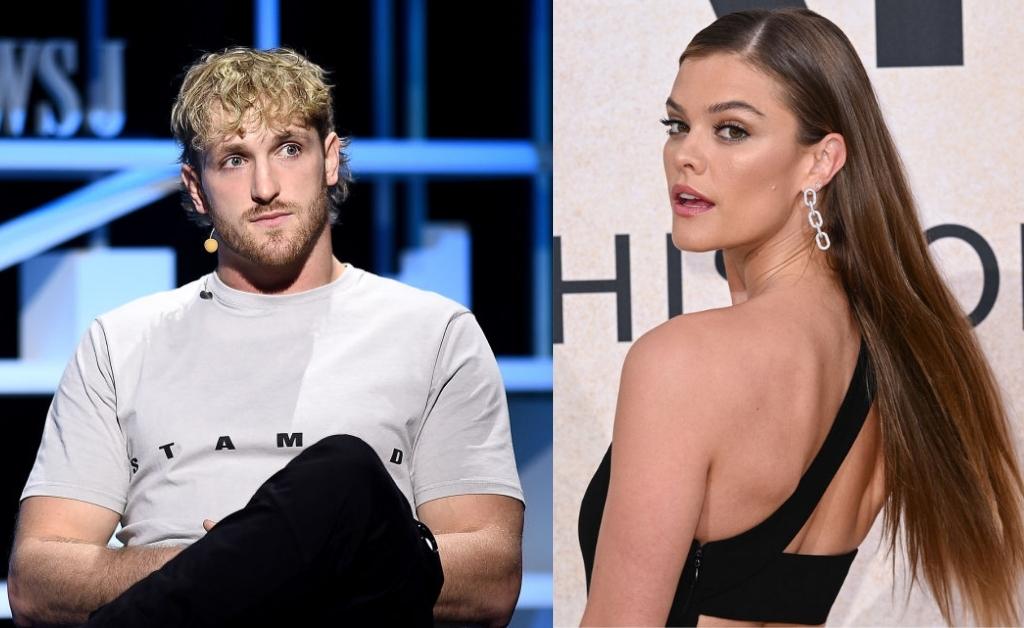 Here’s everything you need to know about Nina Agdal

Nina Brohus Agdal was born on March 26, 1992, in Hillerød, Denmark. She was brought up in the town of Hillerød. The Danish model is well known for her appearances in the Sports Illustrated Swimsuit Issue.

The 30-year-old model was also featured on the 50th anniversary cover of the Sports Illustrated Swimsuit Issue in the year 2014 alongside Chrissy Teigen and Lily Aldridge which she considers “the highlight of her modeling career.” 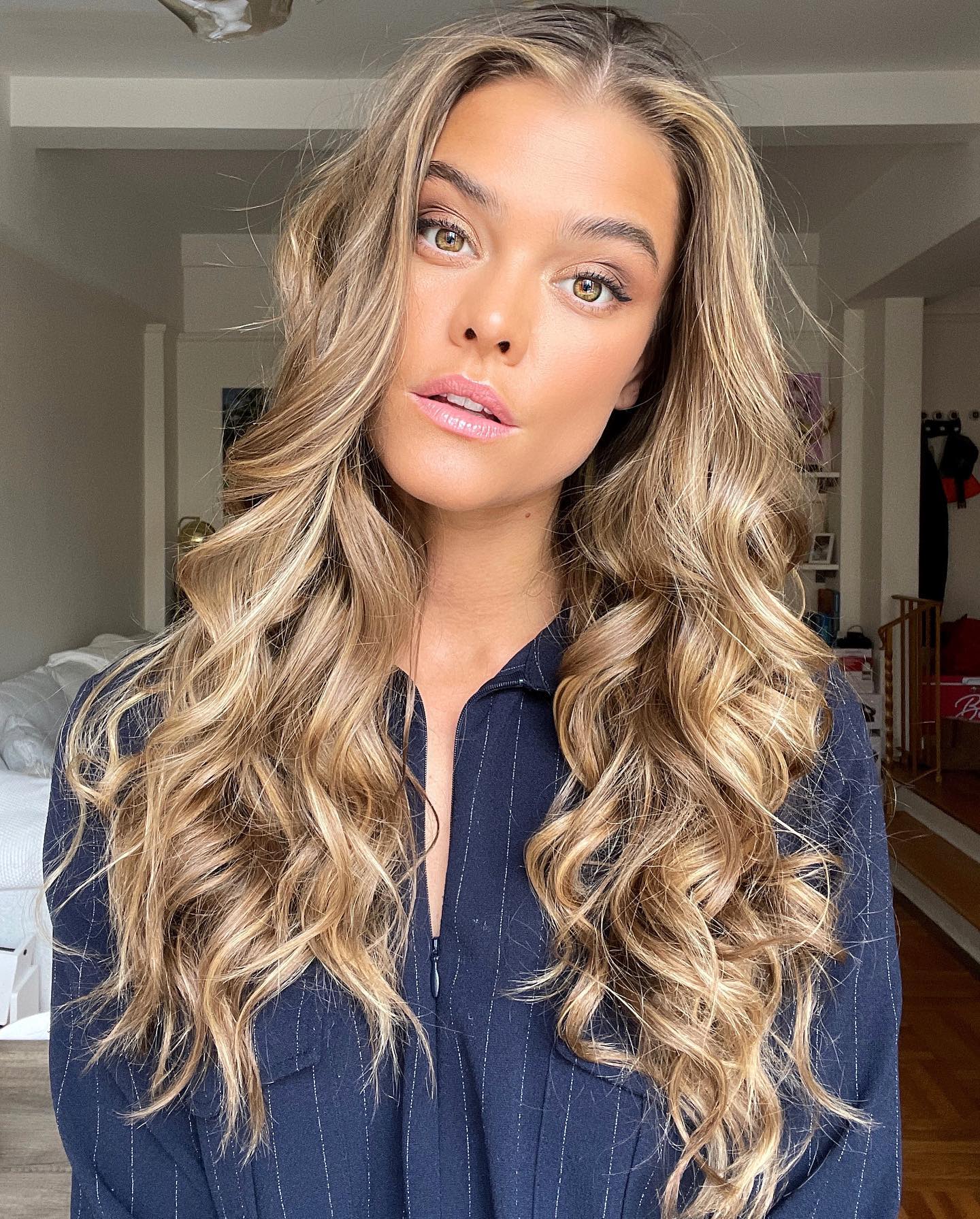 When did Nina start modeling?

Nina was discovered while on the street in her hometown Hillerød. Despite having no modeling experience, she took part in Elite Model Look competition. She did not end up winning the contest but then she got signed with Elite Models Copenhagen. She continued her school till the age of 18.

After completing her graduation, Agdal moved to the United States where her modeling career took a big jump. To date, she has modeled for many brands including  Billabong, Victoria’s Secret, Adore Me, Bebe Stores, and Calzedonia. 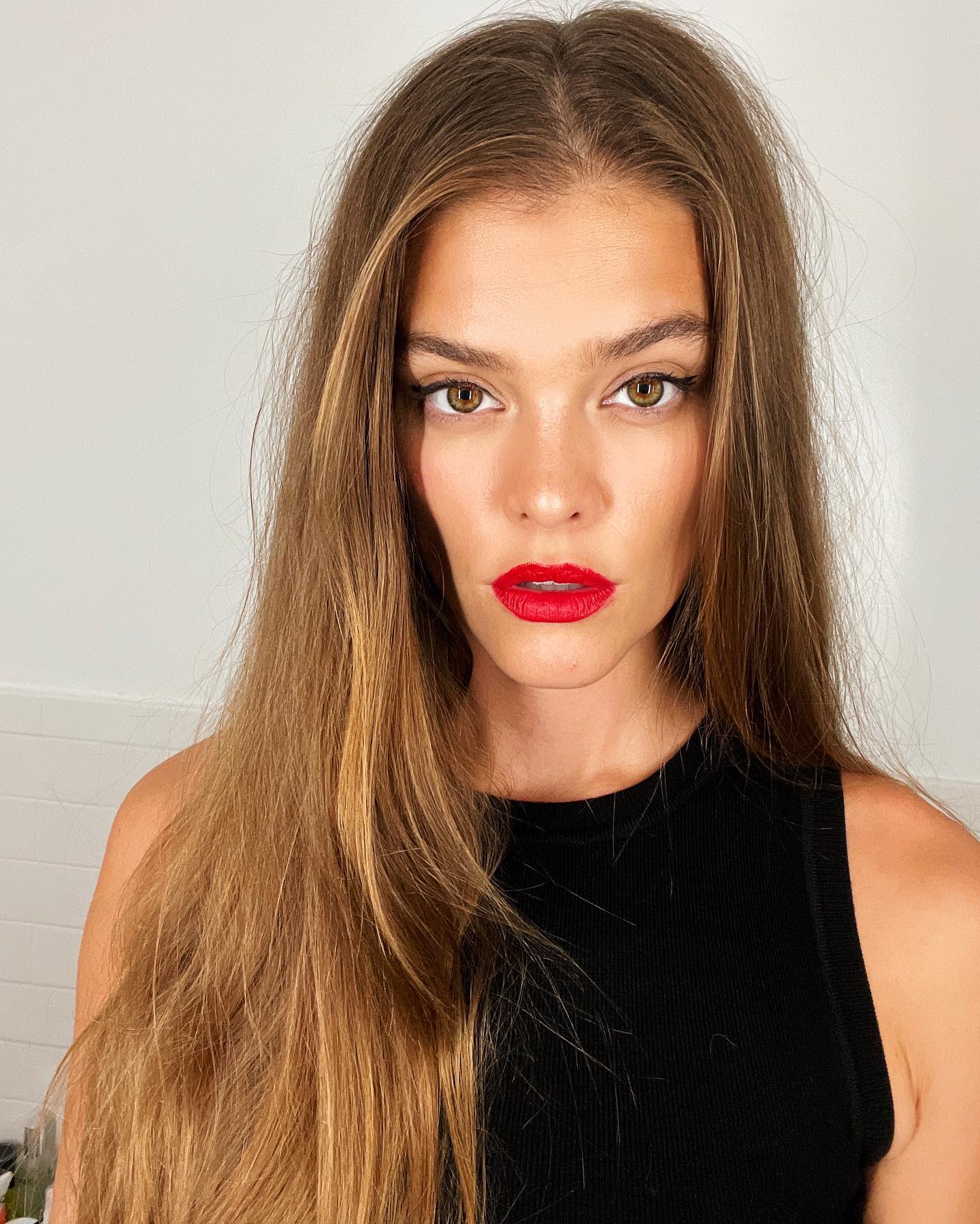 In addition to this, Nina has also been featured in the fashion editorials for Vogue Mexico, Elle, Cosmopolitan, and CR fashion book by Carine Roitfeld. She made her first appearance in the Sports Illustrated Swimsuit Issue in 2012. At that point, she was also named as issue’s “Rookie of the Year”. She got signed with IMG Models in 2016.

Agdal is also a fitness social media influencer who promotes a healthy lifestyle on social media. For those of you who are unaware, let us tell you she also has her own fitness coaching app that consists of workout programs and guides.

Nina has also tried her hand at acting

Yes, you heard it right. Agdal has made a few cameos throughout her time in the spotlight. At first, she was cast as a Supermodel in the 2013’s rom-com drama film Don Jon. She had a small part in the movie that starred Gordon-Levitt, Scarlett Johansson, Julianne Moore, Rob Brown, and Brie Larson in pivotal roles.

After a while, the model starred in the film Entourage. She played the role of Bridgite in the comedy film. The movie saw the light of the day in 2015. It was a continuation of the series of the same name. 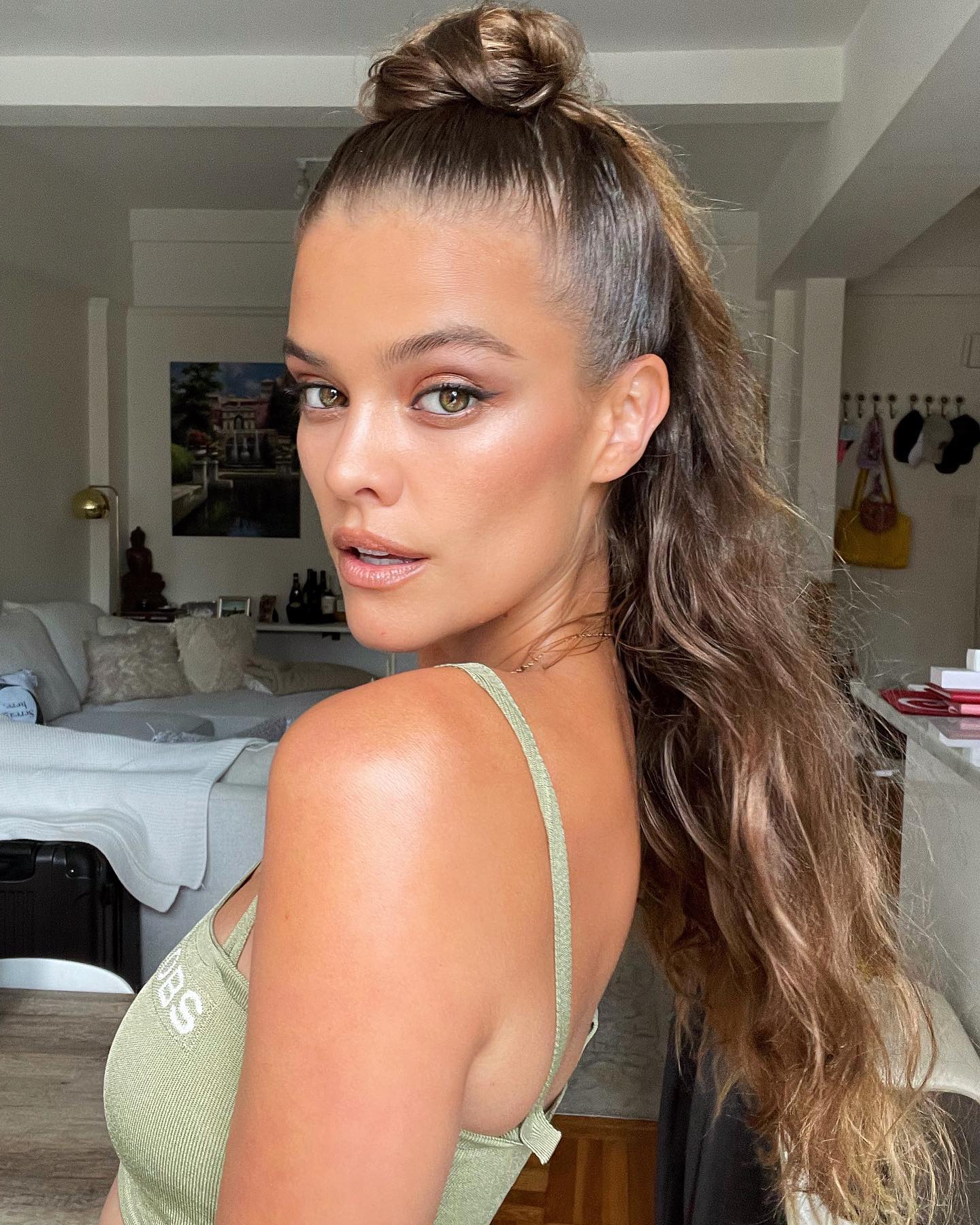 When did Logan and Nina spark dating rumors?

Paul and Agdal sparked romance rumors last month when they were spotted having dinner with a group of their friends at a London restaurant. The two of them were seen sitting side to side while having a good time with their friends.

During their first outing together, Nina and the social media star were clicked leaving the restaurant separately as they wanted to avoid getting snapped together by the paps. Nearly a few days ago, the model and Paul were seen together again. The two of them were photographed while they were on an intimate dinner date in New York City. As per the photos obtained by Daily Mail, it looks like the duo spend some quality time together at the hot spot Peak Restaurant at The Edge in Hudson Yards in Manhattan.

For their date night, the two of them were dressed pretty casually. Nina looked gorgeous as ever in a mini black dress that put her toned figure on display. On the other hand, Logan wore a denim shirt with a pair of black jeans. In the photos from their latest outing, the duo can be seen enjoying each other’s company. The pictures showed Nina and Paul sharing a laugh and just having the time of their lives.  They were spotted smiling and talking at the ritzy restaurant where they could enjoy panoramic views of the city skyline. We must say the pair looks pretty good together.

Nina and the Once Upon a Time in Hollywood star Leonardo DiCaprio were first romantically linked in May 2016. At that point, the two of them were spotted out and about at The Up & Down in New York City.

Soon afterward, the breakup rumors of the duo began swirling in July of the same year. Then, sources stated that their relationship was merely casual. The former couple had an age gap of 17 years. 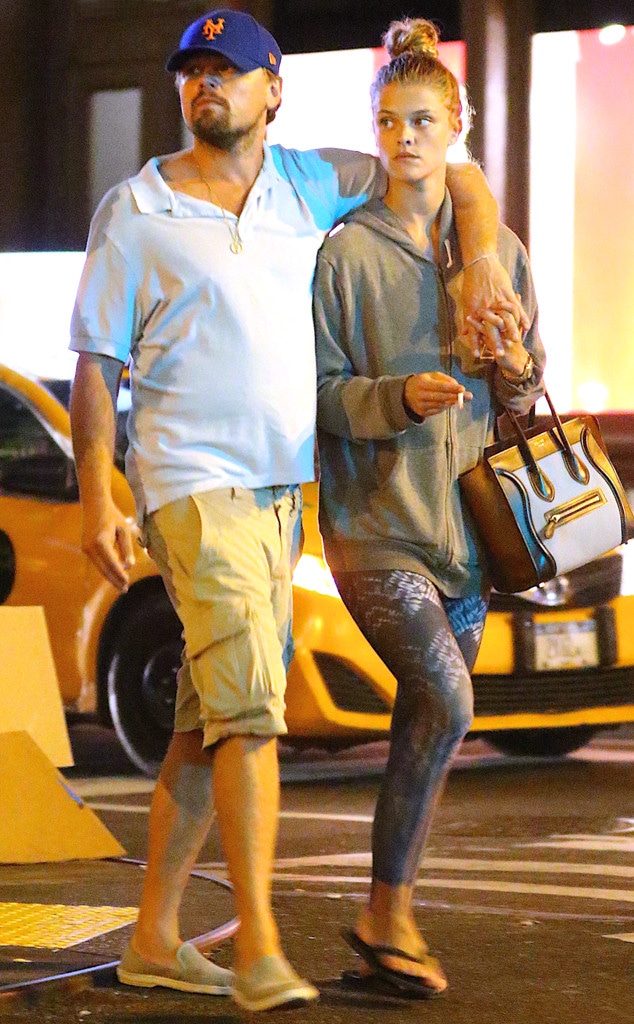 To date, the pair has not made any official comment about their whirlwind romance or shared any pictures of each other on any social media platform. Back in the day, they were usually snapped together on joint beach outings, from Montauk to St. Bart’s to Malibu.

The former flames called it quits after dating for almost a year. At that time, a source close to the couple told E! News, “They remain in touch and remain friends. It’s an amicable split, and they’re moving forward.”

The answer to the above question is a big yes. Like most models in the entertainment business, Nina also has a profile on the social media platform Instagram. We must tell you Nina’s Instagram profile is filled with gorgeous pictures of her.

As of now, Agdal has 2836 posts on her Instagram feed and she has a pretty good fan following on the social networking service. She has 1.7 million followers on Instagram. Her bio reads, “Fitness | Health Coaching | Nutrition 💗” 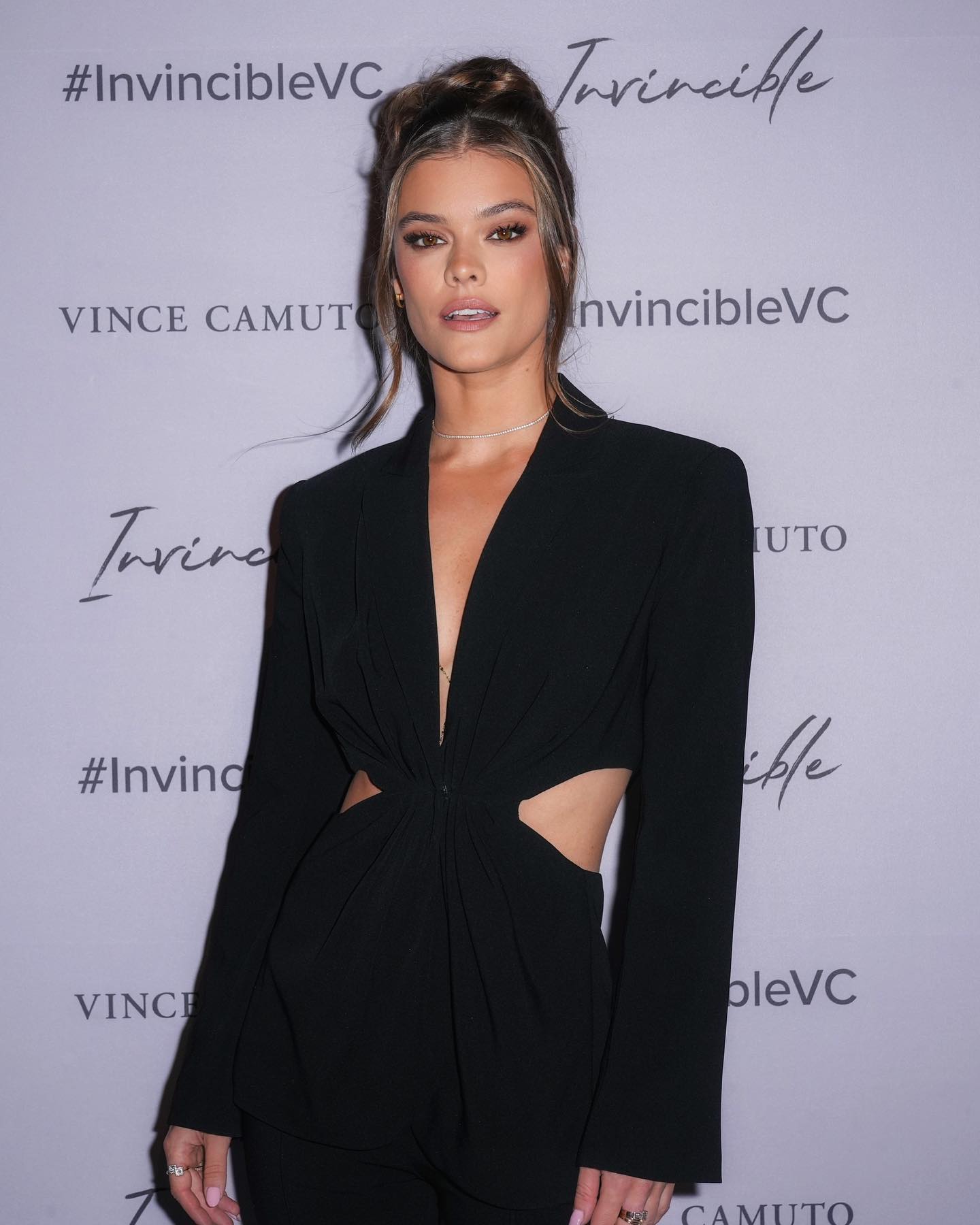 When we scrolled through the Instagram feed of the model, we found pictures of her from her trips all over the world, a couple of snaps with her close friends and family members, and some photographs from professional photoshoots.

Do you think Nina Agdal and Logan Paul are the end game? Kindly let us know your thoughts on the pair in the comments section below. Don’t forget to stay tuned with us for the latest updates from the world of showbiz.