Netflix’s new horror series Wednesday has taken the world of social media by storm! The latest series features a cast of young actors, many of whom are taking their first steps in the entertainment industry.

One of the breakout stars of the series Wednesday has been actor Moosa Mostafa who plays the role of Eugene Otinger in the show. Read on to know more about the personal and professional life of the rising star. What role does Moosa Mostafa play in the series ‘Wednesday’?

For those of you who are unaware, let us share with you, Moosa Mostafa essays the character of Eugene Otinger in the Netflix new series Wednesday. Eugene is Wednesday’s first real friend at Nevermore.

The two of them cross paths for the first time when Wednesday enlists in the school’s bee-keeping society. Just like Wednesday, Otinger is a psychic but his abilities allow him to control bees and can use them to attack people. Eugene and Wednesday are paired together on their Outreach Day field trip to Pilgrim World. He even helped out Wednesday during her investigations into Joseph Crackstone. Later on, in the season, they plan to stake out a cave where they believe the monster has been hiding.

Otinger gets attacked by the monster and he lands in the hospital. Luckily, he makes it out alive and gives an important piece of information that helps Wednesday to finally solve the case.

Here’s everything you need to know about Moosa Mostafa

Moosa Mostafa is a British actor who plays the role of Eugene Otinger in the series Wednesday. He was born in the year 2009. According to his Instagram bio, he is 14 years old at the moment.

Mostafa made his acting debut nearly four years ago in the year 2018. He is pretty active on Instagram. As of this moment, he has more than 270k followers on the social media platform Instagram. Right now, he has only 6 posts on his Instagram feed.

When we scrolled through the Instagram feed of Moosa, we found a series of pictures of him with the cast and crew of Netflix’s show Wednesday and a couple of snaps from his travels all over the world.

Moosa Mostafa has a few acting credits to his name

Yeah, you read that right. Wednesday is Moosa Mostafa’s third professional acting role. His first on-screen appearance saw the light of day in the year 2018. At that point in time, he starred in 2018’s Nativity Rocks! where he played the role of one of the children at St Bernadette’s primary school.

This year, Mostafa also starred in the Netflix sci-fi series The Last Bus alongside Robert Sheehan of The Umbrella Academy and Tom Basden of Ricky Gervais’s After Life. He was cast as Nasir Roman. 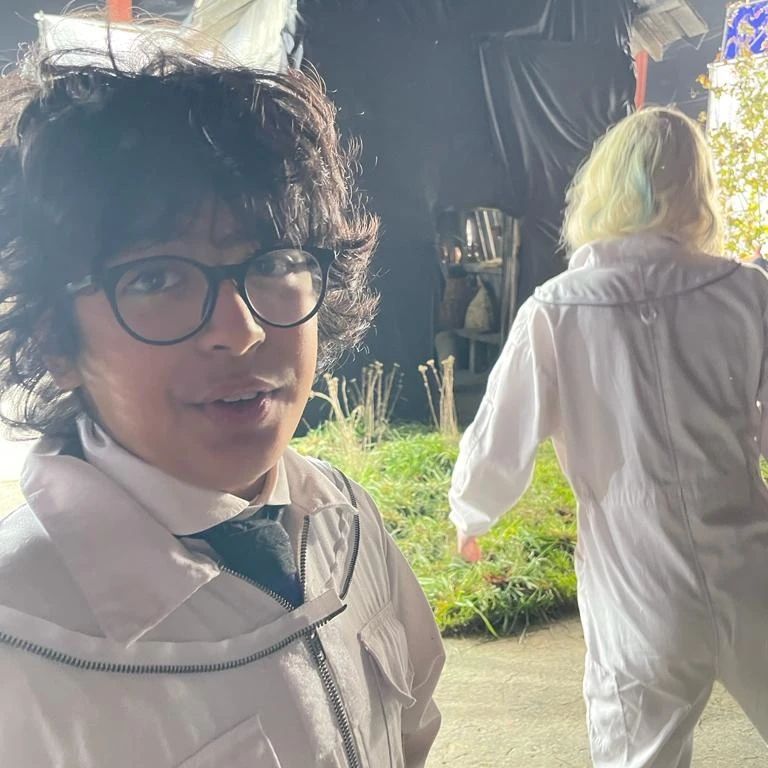 What is your take on Moosa Mostafa’s performance in the series Wednesday? Kindly let us know your thoughts on the same in the comments section below. Don’t forget to stay tuned with us for the latest updates from the world of showbiz.