The Stranger Things star Millie Bobby Brown (18) and Jake Bongiovi are inseparable. They are often called the “cute couple”. We already know the British actress well. So who is Jake Bongiovi? Let’s know him better. 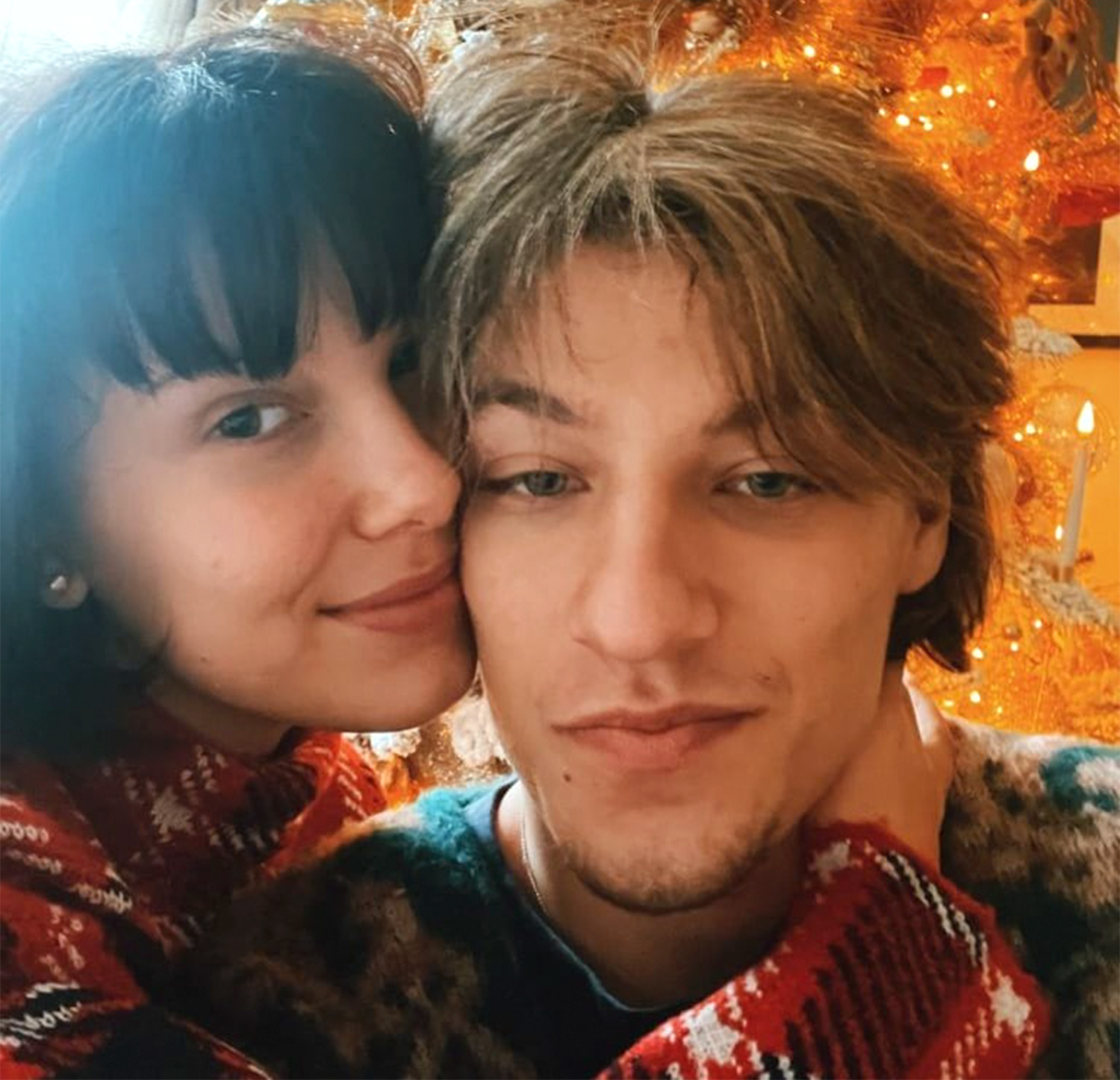 Who is Jake Bongiovi?

Jacob Hurley Bongiovi aka Jake Bongiovi is a celebrity child. Well, you might be interested in knowing who his father is. Your dads grew up listing to his songs, I still listen to Bon Jovi. Yes, you heard me right, he is the son of legendary singer Jon Bon Jovi.

Jake Bongiovi was born in 2002 and is a social media personality from New Jersey. Well, unlike his father, he is yet to make a name for himself. He attended Pennington High School from 2016 to 2020. So he is as young as the Ebola Holmes star.

Jake is as active as his dad when it comes to bringing a change. During his sophomore year, Jake started a national student walkout. It was a protest against the government’s inaction against mass shootings in American schools.

Inspirational, isn’t it? Jake’s protestant side reminds me of Bon Jovi’s song “It’s my Life”. Yes, it’s now or never for Jake. He may not be a musician like his father but Jake participated for a good cause at a very young age. I think he gets it from his father. 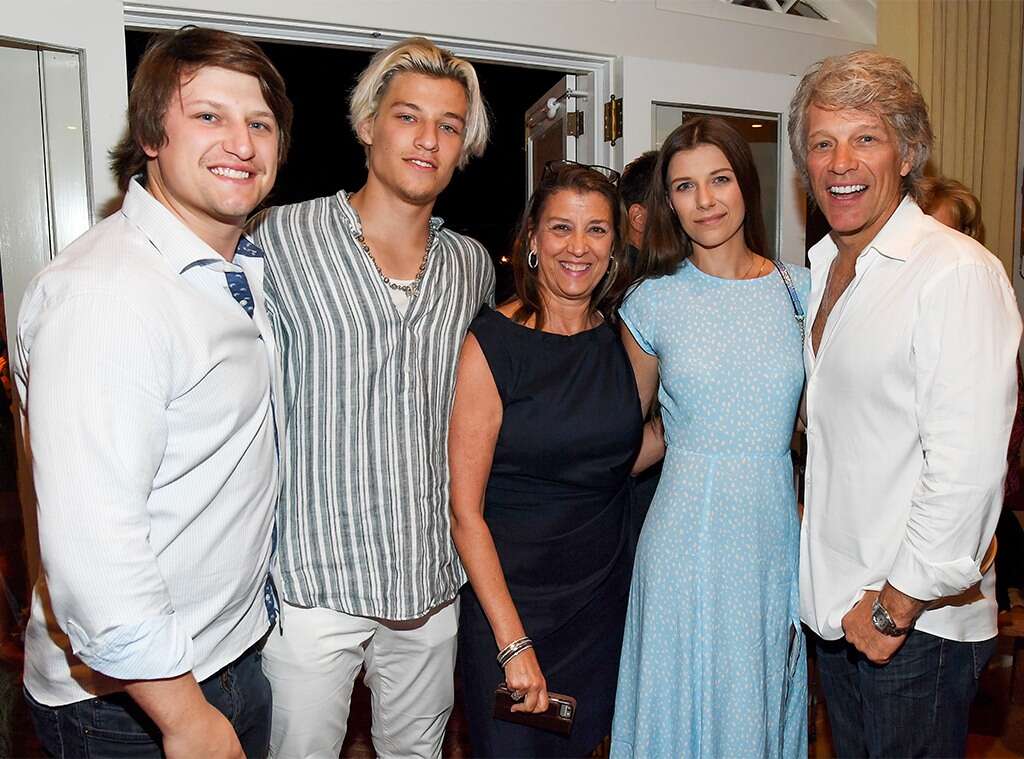 Bon Jovi has three children with his wife Dorthea Hurley. Jake is the second youngest among his siblings. His siblings include sister Stephanie Bongiovi (28), brother Jesse Bongiovi (26) and younger brother Romeo Bongiovi (17).

By the way, Jake and his family love to spend their family time. The whole family was quarantined together during the Covid-19 pandemic so I am sure the revolutionary singer has brought up his kids well.

Yes, Jake Bongiovi is a footballer. He started his football career in high school and was going to join Syracuse University in February 2020. Well, the Syracuse Orange football team is worth watching.

Jake’s brother Jesse played football for Notre Dame. Now Jesse runs Hampton Water Wine Co., a rosé brand that he co-founded with his father Bon Jovi in 2017. Seems like the only young musician from their family is Romeo, 17. 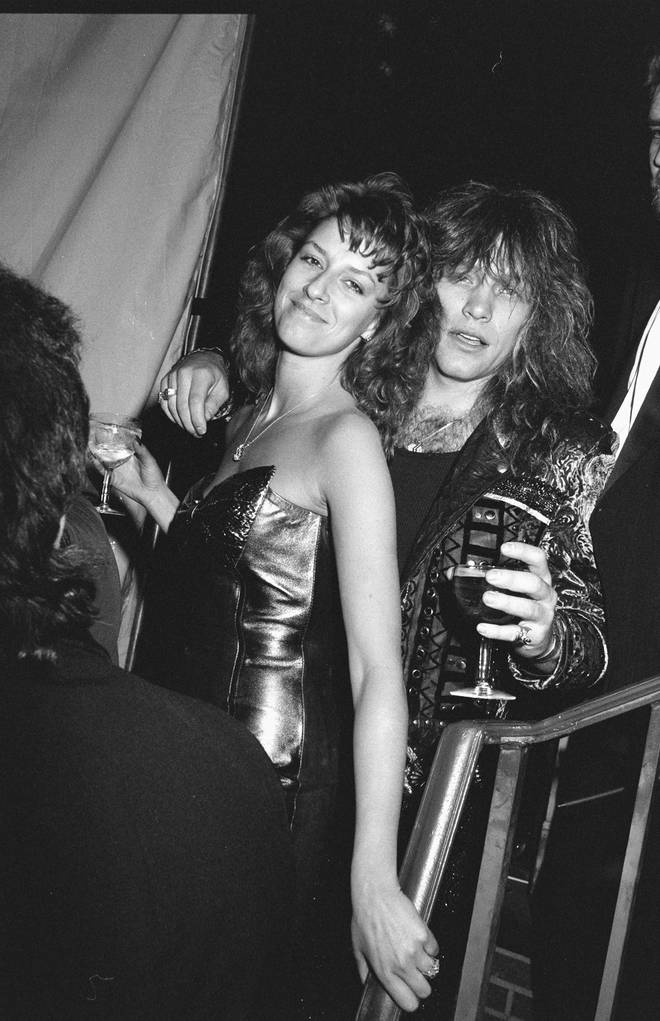 Jake’s parents: Bon Jovi and Dorthea during a concert

The charming Jake has received a lot of good features from his father. For example, his long blonde hair. Jake is a Taurean. Beauty and positivity keep him going. The young celebrity kid seems to be materialistic too.

Well, he is Bon Jovi’s son. I can’t skip mentioning his mom. Jake’s mom Dorothea Hurley is a restaurateur and a karate instructor so I am sure he’s got that badass side from his mother.

Jake Bongiovi, 19 is currently a student and holds a British-Irish ethnicity. He’s got blue eyes and is 1.75 m tall. Jake is dating Millie Bobby Brown and seems to be in too much love with her.

Jake is a social-media personality but hasn’t started his professional career yet. He currently has 343k followers despite 21 posts. His Instagram reveals that he loves to live a happening life just like his father.

Jake Bongiovi loves diving and dancing. He enjoys his time surrounded by nature. FYI, he loves to spend time with senators and leaders. I think he can pursue politics as a career. Jake has been an active speaker and protestor since his childhood. Well, why not? He’s got it in him.

Jake Bongiovi started dating the British actress in 2020. It only became official in November 2021. Millie Bobby Brwon posted a photo with her boyfriend on HER Instagram grid. Another Instagram post of Millie revealed Bongiovi as he kissed her at the London Eye Ferris wheel in England. FYI, London is the place where Jake Bongiovi used to live. now he resides in New Jersey.

Jake is extremely protective of Millie. She hit the Netflix series “Stranger Things” when she was just 12. She revealed her struggle of being sexualised at a young age on her Instagram. She wrote:

“There are moments I get frustrated from the inaccuracy, inappropriate comments, sexualization, and unnecessary insults that ultimately have resulted in pain and insecurity for me,” she wrote on Instagram in February 2020 on her 16th birthday.

“But not ever will I be defeated. will continue doing what I love and spreading the message to make a change.”

Jake Bongiovi supports Millie for her successful career and even with her insecurities. He likes being overprotective about her. Too much love at a tender age, isn’t it?

Bon Jovi has a 40-year old romance with his wife. They have raised their four children well. The siblings are very much open about their love life and have never failed to express their love for their partner. Seems like they got it from their star dad and badass mother. What do you think about Jake Bongiovi?