It seems like Aaron Rodgers is off the dating market! At the moment, the Packers quarterback is rumored to be in a relationship with a woman named Mallory Edens who is the daughter of Milwaukee Bucks owner Wes Edens.

What’s cooking between the famous football player and Bucks heiress? Continue reading further to dive deep into the personal and professional life of Mallory Edens including her romance with Aaron Rodgers. According to New York Post, not long ago, a source told Sportsgossip.com that the relationship between Rodgers and Edens, who have been good friends for many years just turned romantic a couple of months after things fizzled out between him and Blu Of Earth.

On Sunday, Edens was photographed while sitting next to her rumored boyfriend Aaron Rodgers. The pair witnessed Green Bay’s 41-17 win over the Vikings at Lambeau Field. The media outlet also shared a screen grab of Edens posing in Packers gear.

Last month, Rodgers was also clicked by the paps with a lady while attending an NBA game featuring Milwaukee Bucks at Fiserv Forum in Milwaukee when the Bucks hosted the Los Angeles Lakers. It turns out the woman was none other than Mallory Edens.

The duo has been photographed on a number of occasions sitting courtside at Bucks games. In the images that have popped up on the internet, Mallory can be seen seated between Packers receiver Randall Cobb, and her rumored boyfriend Aaron Rodgers. In one photo, the trio can be spotted having a good laugh. For the outing, Mallory opted for a black coat, a pair of black leather pants, and black boots. She topped off her look with a sleek necklace and a pair of elegant earrings. When we talk about her hairdo, she parted her locks in the middle and let them loose.

On the other hand, when we talk about Aaron, he went for an all-black ensemble. The photos that have surfaced online, show the football player looking cool in a black jacket and a pair of black pants. He completed his outfit with a watch and a ring.

As of right now, neither Aaron nor Mallory has made any official comment on the romance rumors that have been swirling in the air. Hopefully, we will get a confirmation from their side in the times to come.

Here’s all you need to know about Mallory Edens (including her early life, career, and more)

For those of you who are unaware, let us share with you, Mallory Edens is the daughter of Milwaukee Bucks owner and Aston Villa owner Wes Edens. The name of her mom is Lynn Edens. She has a sister whose name is Madison. Right now, Mallory is 26 years old. 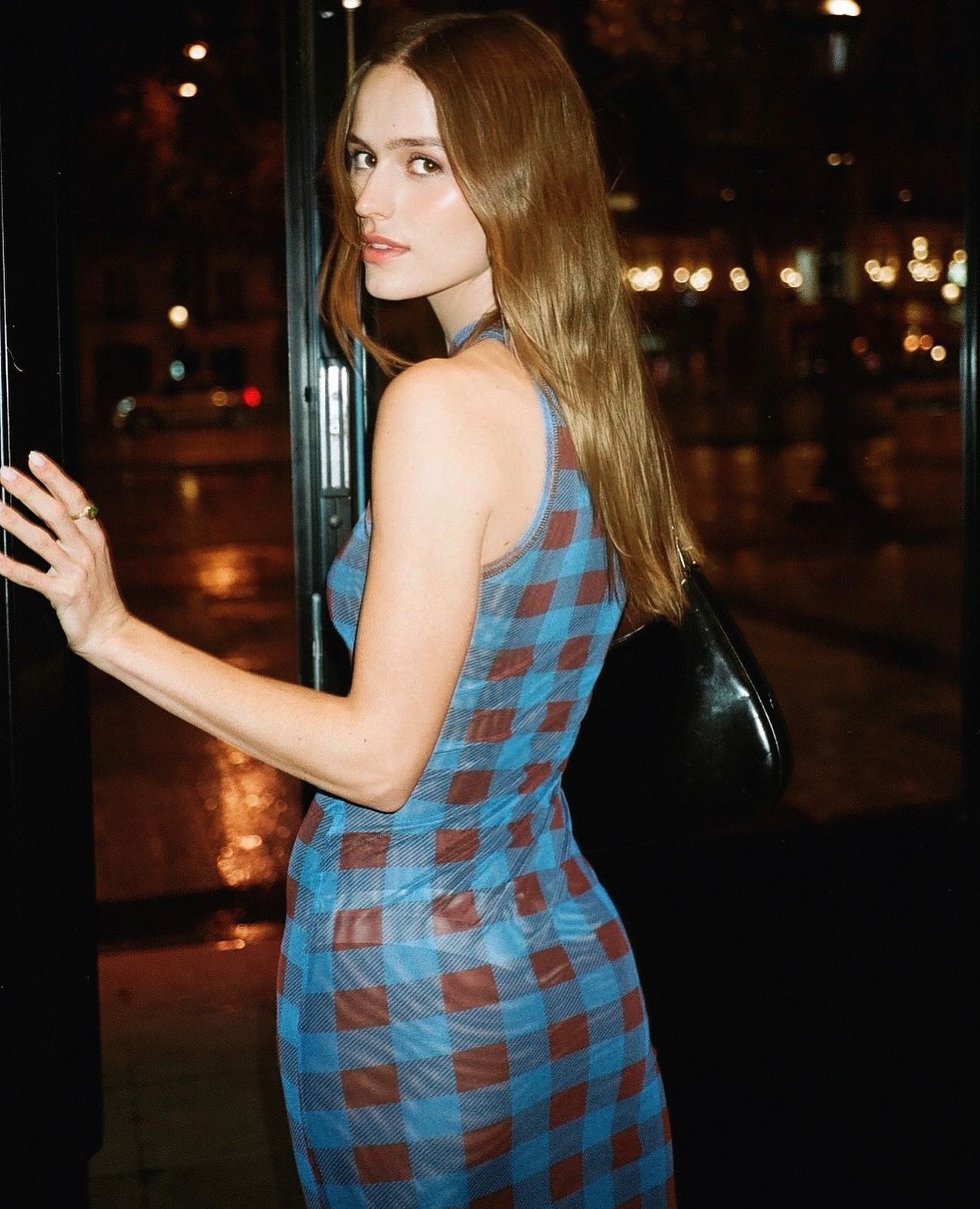 Mallory’s father Wes Edens joined hands with Marc Lasry to buy the Milwaukee Bucks in the year 2014. Aaron has been on good terms with the Edens family for years. He’s a well-known Bucks fan and a beloved star athlete in Wisconsin. In 2018, Rodgers bought a one percent stake in the Bucks, so now he’s familiar with both Bucks as well as Edens.

What does Mallory Edens do for a living?

Mallory Edens is a model by profession. As of this moment, she is represented by Ford Models and Women Management Los Angeles. Her social media accounts will give a mini-tour of her life.

Apart from this, Mallory Edens is very active with respect to politics. In the year 2018, she penned down an essay about the ramifications of the #MeToo movement on a new generation of women.

In an excerpt from her March 2018 essay, Edens had written, “It’s not yet clear what impact the movement will have on the workplace. What we do know, however, is that #MeToo has raised an array of questions that are particularly pressing for this next generation of women graduating college and entering the workforce.” What is the net worth of Mallory Edens?

According to a report by Idol Net Worth, the estimated net worth of Wes Edens’ daughter Mallory Edens is somewhat around $1.2 billion. We must say she is working hard to carve a path for herself in the world of modeling.

The answer to the above question is a huge yes. Like most models in the entertainment industry, Mallory Edens also has a profile on the social media platform Instagram. As of this moment, she has more than 200k followers on Instagram. Up until now, she has only 47 posts on her Instagram feed.

When we scrolled through the Instagram feed of the model, we found a couple of stunning photos of her from professional photoshoots, a series of pictures of her with Aaron Rodgers, and some snaps of her from her trips all over the world.

Mallory’s Instagram bio reads, “@womenmanagementla  // @fordmodels // @onemanagement 💛🌻” Along with this, it also includes a link to “Donate to an Abortion Fund Right Now,” a story published after the Supreme Court overturned Roe v. Wade.

Aaron Rodgers was linked to Shailene Woodley before

Yeah, you read that right. Prior to sparking romance rumors with Mallory Edens, Aaron dated the Fault in Our Stars actress Shailene Woodley. In February 2021, the former couple shocked the rest of the world by announcing that they are engaged.

Nearly a year later, Aaron and Shailene pulled the plug on their romance in February 2022. Soon after, they reconciled their romance before calling it quits for good in April of the same year. Do you ship Mallory Edens and Aaron Rodgers as a couple? Kindly let us know your thoughts in the comments section below. Don’t forget to stay tuned with us for the latest updates from the world of showbiz.