Keshia Chanté is the ex-girlfriend of Drake aka Champagne Papi. The Canadian singer has made it back to the headlines as he reconnected with his first serious girlfriend over the weekend.

Not long ago, the former flames reunited at this year’s October World Weekend. Keshia was Drake’s first serious girlfriend. Continue reading further to learn everything about Drake’s ex-girlfriend Keshia. 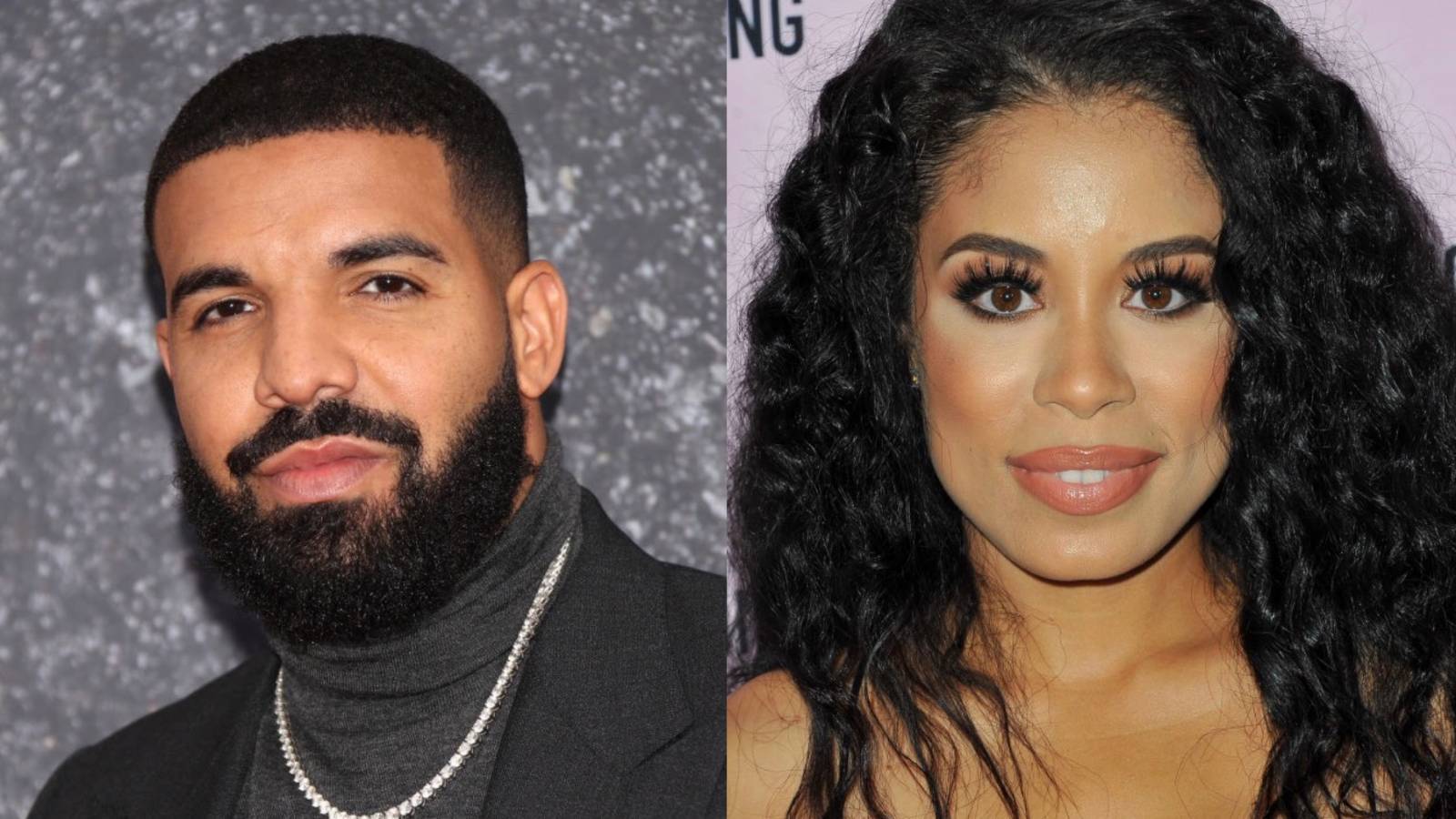 While addressing the crowd at Toronto venue History on Thursday night as part of his All Canadian All Stars event, Drake told the fans, “This next person coming to the stage, I used to hop in my mom’s vehicle and I used to travel all the way to the west for this donna right here, you feel me? I must thus introduce her personally.”

The In My Feelings singer continued, “This is my first girlfriend I’ve ever had in my life coming to the stage. A real legend, somebody I love with all my heart.” The crowd went gaga when Drake’s ex-girlfriend Keshia came on the stage. She is the one who is rumored to be Drake’s Kiki mentioned in his hit song In My Feelings. Chanté performed some of her greatest hit songs at the event.

Keshia shared her appreciation for Drake on social media

Later on, the 34-year-old singer took to her Instagram to share her thoughts on Drake’s sweet introduction for her. She shared a couple of snaps and videos from the star-studded event on her Instagram feed.

“Legendary Nights in Toronto 🤍 I’ve never seen the city come together like that! It was everything. A dream only @champagnepapi could make true. The most heartfelt & meaningful introduction I’ve ever had. Aubs I love u for life,” she captioned the post. 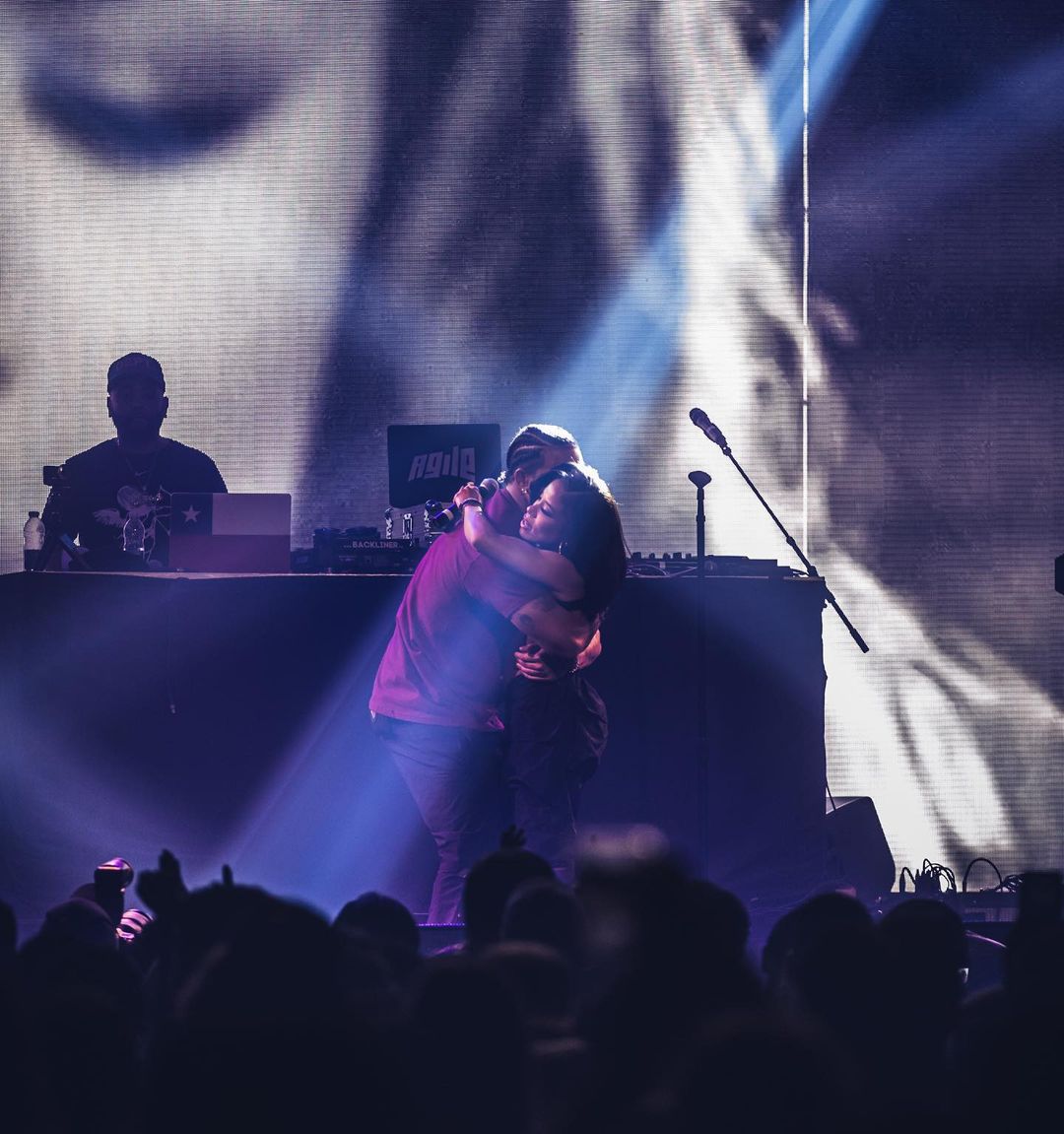 Keshia further added, “And @djcharlieb I am so MFN proud of you. I’ve been watching you put in that work since 2004 and the All Canadian North Stars show was the perfect full circle moment.”

The rock star went on to say, “Performing songs I dropped in my teen years and hearing you sing all the words, made my soul so happy. Such a beautiful memory I will cherish forever. Toronto you have been riding for me since the very beginning and I am so grateful for the love.” 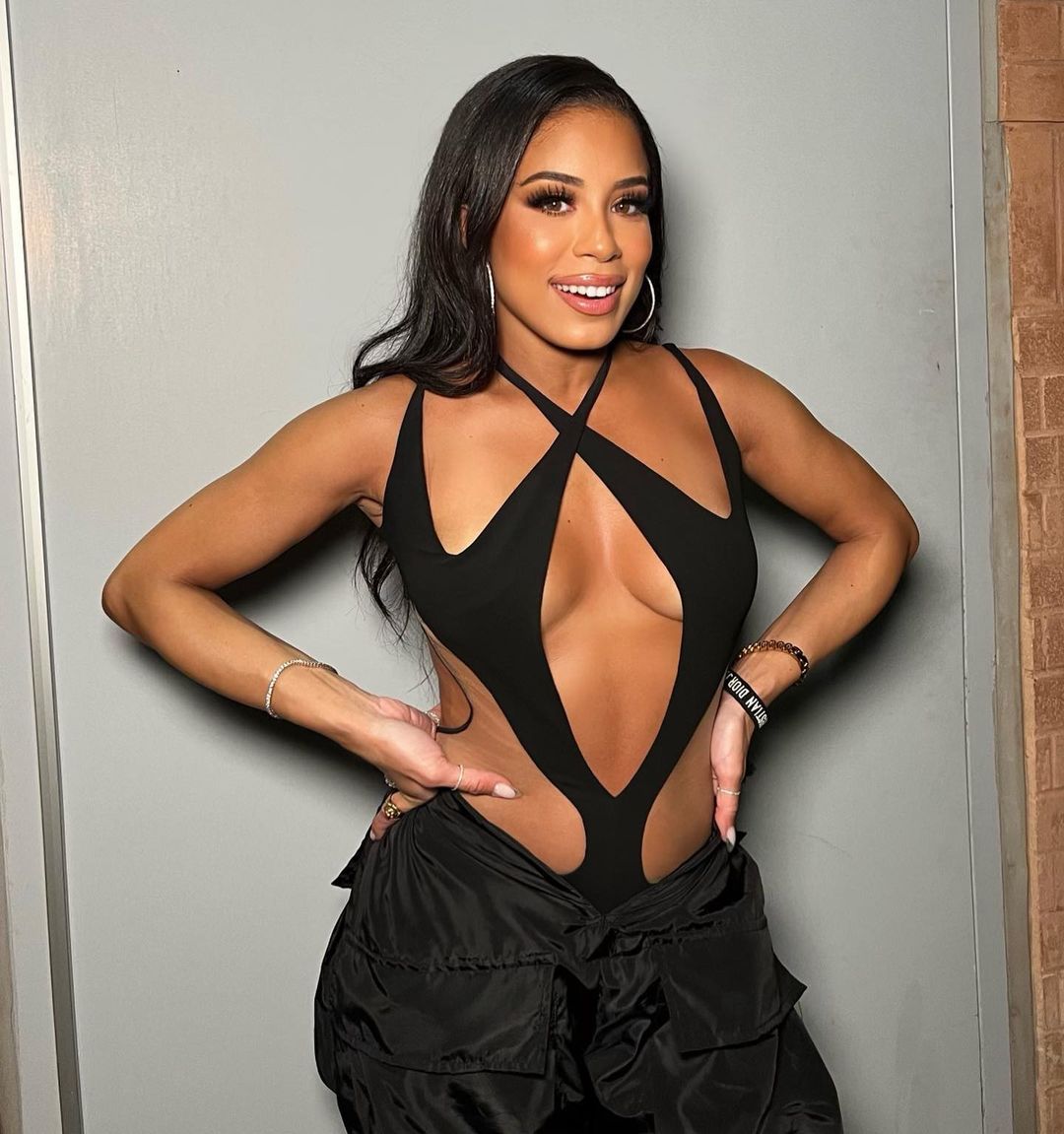 The Does He Love Me singer concluded by saying, “Also special shout out to everyone at the very beginning of my career who literally broke these records and are the reason my mama has certified plaques in her crib lol DJ Scott Boogie, DJ Starting from Scratch, DJ X, Mark Strong & Jemini, Flow & Kiss FM, DJ Duece, Hadi & so many other important people. I love you. From immature kids to entrepreneur kids!!”

When did Drake and Keshia spark dating rumors?

Keshia is Drake’s first girlfriend and first love. As per various reports, Drake and Keshia dated during their teen years in the 2000s. The two of them have known each other since they were young. They have even collaborated in the past.

In a 2013 episode of BET’s 106 & Park Drake told her, “You were one of my first crushes, and a lot of people might not know this, but I actually rapped about you before.” He talked about their love in songs like Madonna and In My Feelings. They are still good friends. 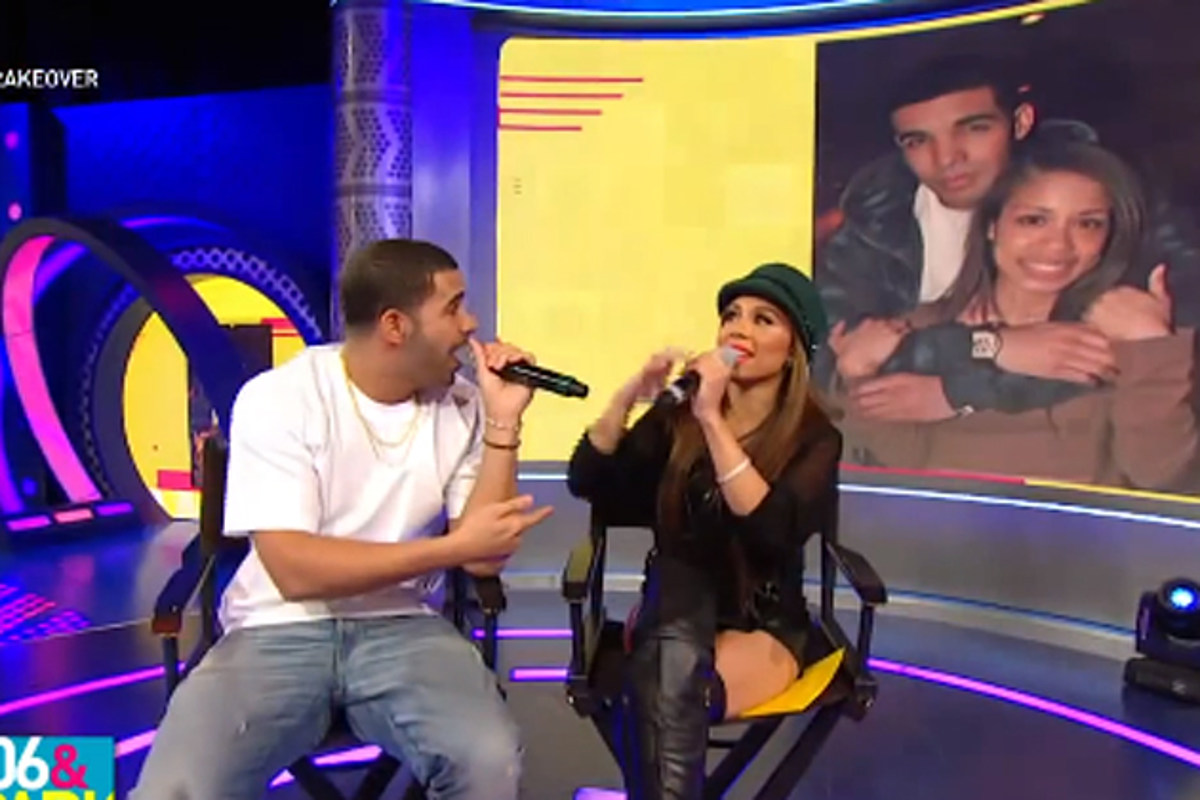 Here’s everything you need to know about Keshia Chanté

Keshia Chanté Harper was born on June 16, 1988, in Ottawa, Ontario, Canada, and was brought up in Toronto, Ontario. She is a Canadian singer, television host, actress, songwriter, and philanthropist.

Harper is of Afro-Caribbean, Hispanic, and European descent. Her mom is of Portuguese and Puerto Rican ancestry, meanwhile, her dad is Trinidadian. She is the only child of her parents. 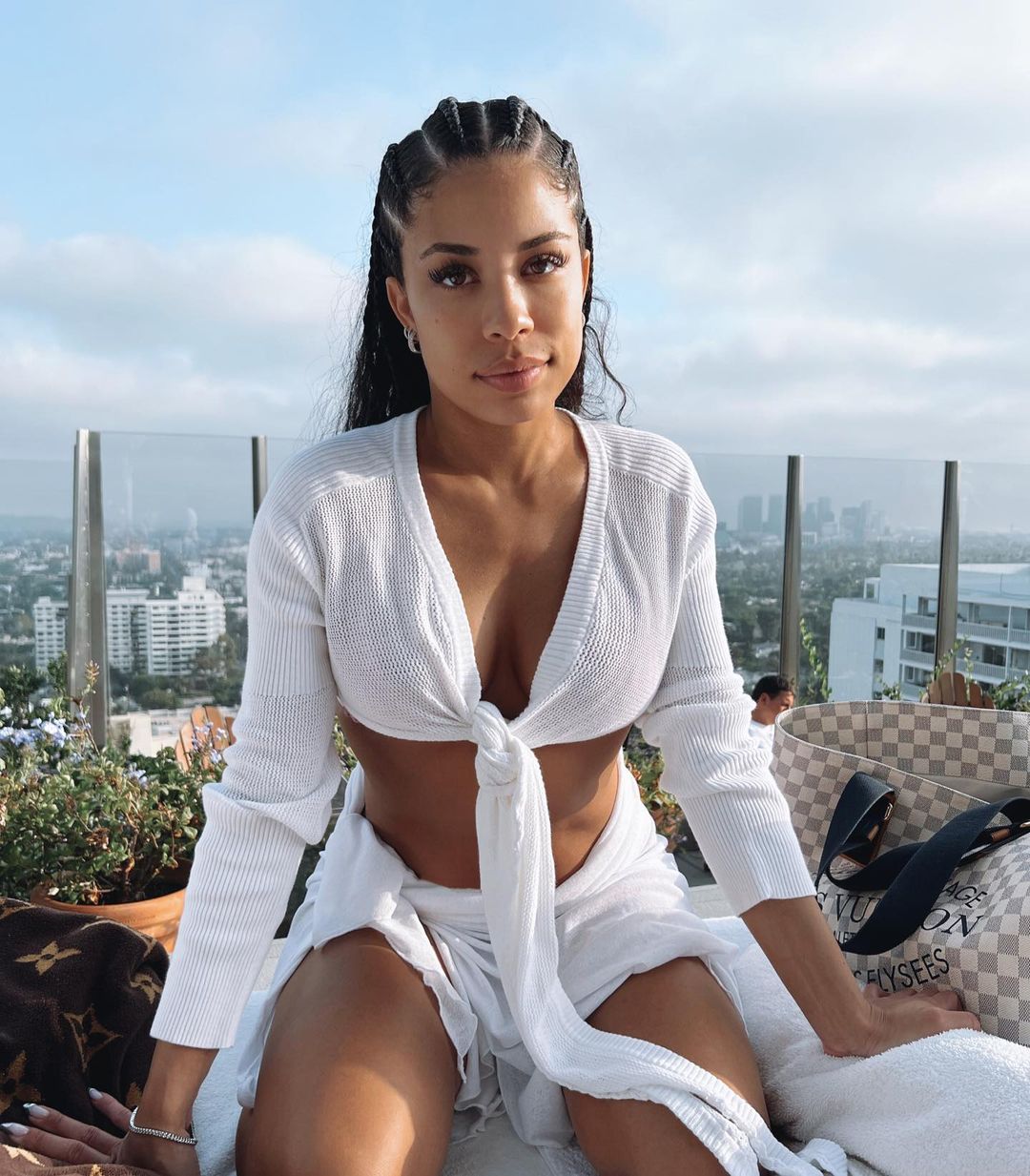 Keshia started singing at a young age. She performed a rendition of Dear Mama by Tupac Shakur when she was 6 years old and received a standing ovation for the same. She garnered the attention of a local DJ while performing at a talent show in the year 2002 and he sent a video of her performance to SonyMusic Canada.

Chanté performed for the musical executives of the label and they liked her singing and ended up signing her to the label to release her music exclusively in Canada. Before moving to Toronto at the age of 12, she went to middle school at St. Peter Catholic High School. She was valedictorian and graduated with honors.

When did Keshia kickstart her music career?

Keshia signed a long-term record contract with SonyMusic Canada in the year 2002. At that time, she was only 13 years old. She dropped Shook (The Answer), a response track to Shawn Desman’s song Shook in 2003. She bagged an Urban Music Award for Best Pop/R&B Single.

Soon afterward, the rock star released another song titled Unpredictable. Her third single, Bad Boy saw the light of the day in February of 2004. The track received good feedback from the end of viewers. She dropped her fourth single, Does He Love Me in June of the same year. 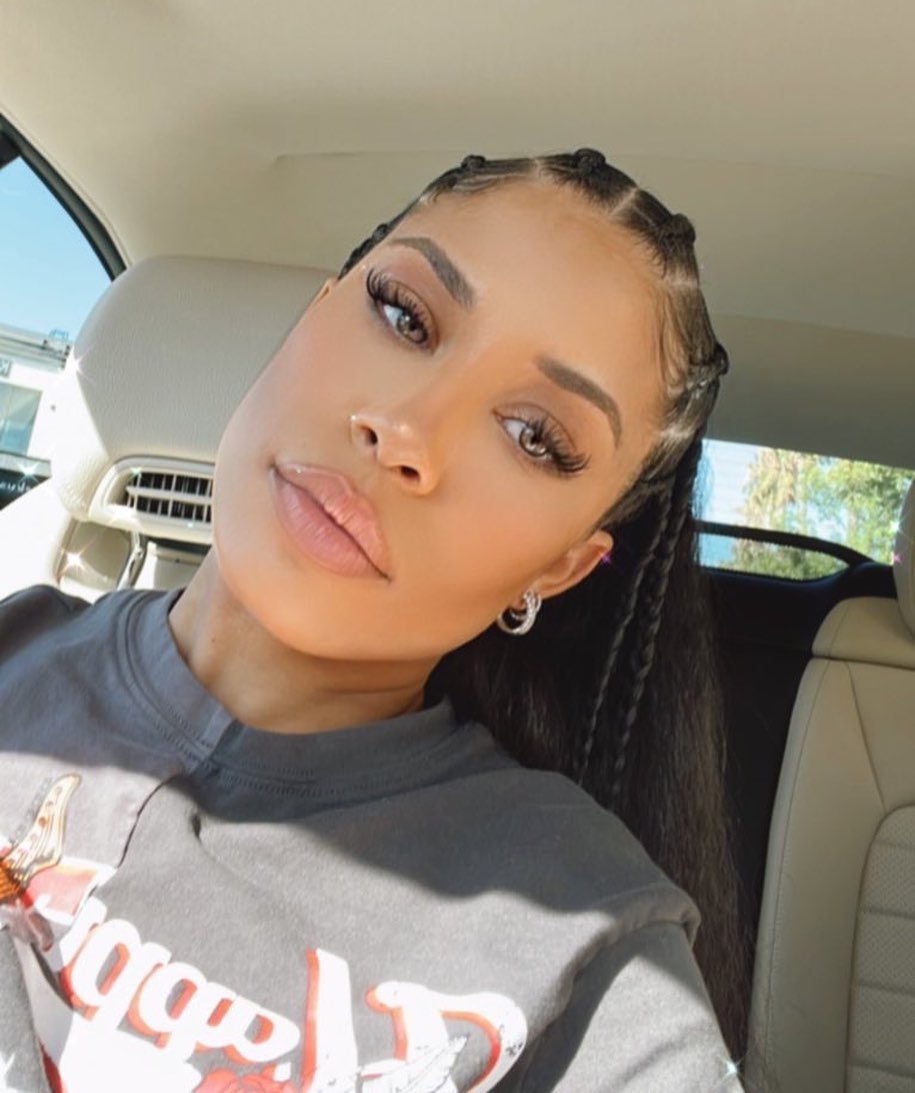 Chanté released her self-titled debut album on June 22, 2004. After a while, her album was certified gold. In 2004, she won the awards for “Best New Artist”, “Video of the Year” (for Bad Boy), and “Fans’ Choice Award” at the Canadian Urban Music Awards.

Keshia was given a star on the Brampton Arts Walk of Fame for her achievements in Canadian Music & Film. Shortly soon, she hosted the show 106 & Park with Bow Wow for two years. She made history by having the former first lady of the United States, Michelle Obama on her show. 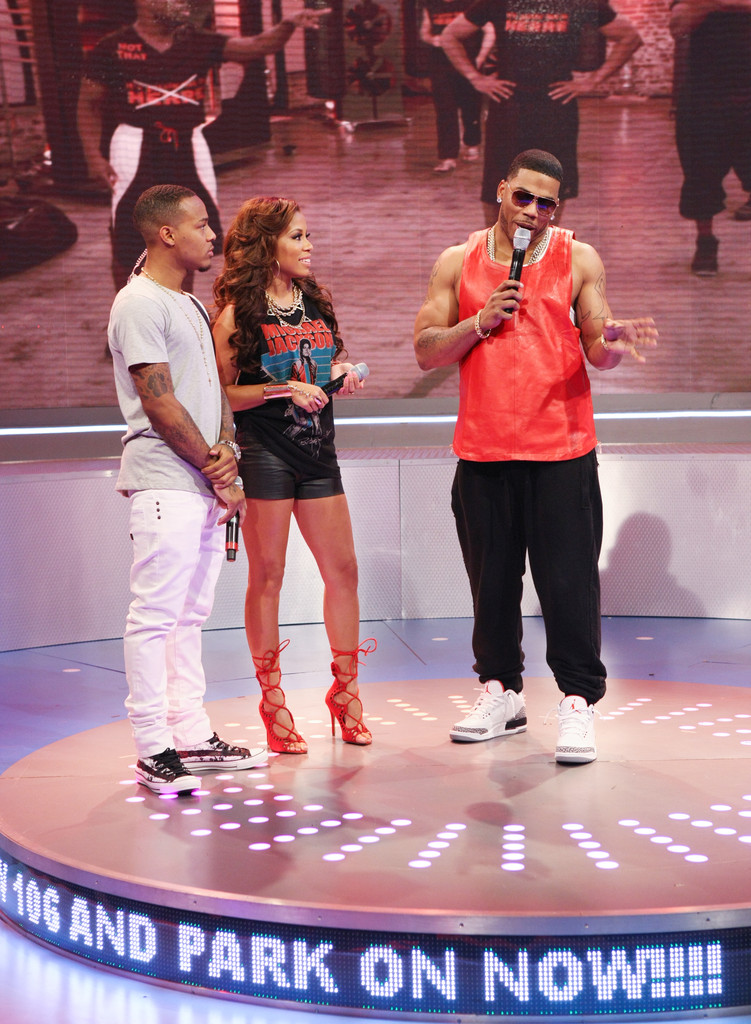 Do you think Drake and his ex-girlfriend Keshia Chanté are the Endgame? Kindly let us know in the comments section below. Don’t forget to stay tuned with us for the latest updates from the world of showbiz.