Katherine Webb is the wife of American football quarterback AJ McCarron. These two lovebirds have been happily married for nearly 8 years now. Katherine and McCarron tied the knot in the year 2014 and they have been together ever since then.

Keep reading further to catch deep insights into the personal and professional life of AJ McCarron’s wife Katherine Webb including her age, job, and early life. 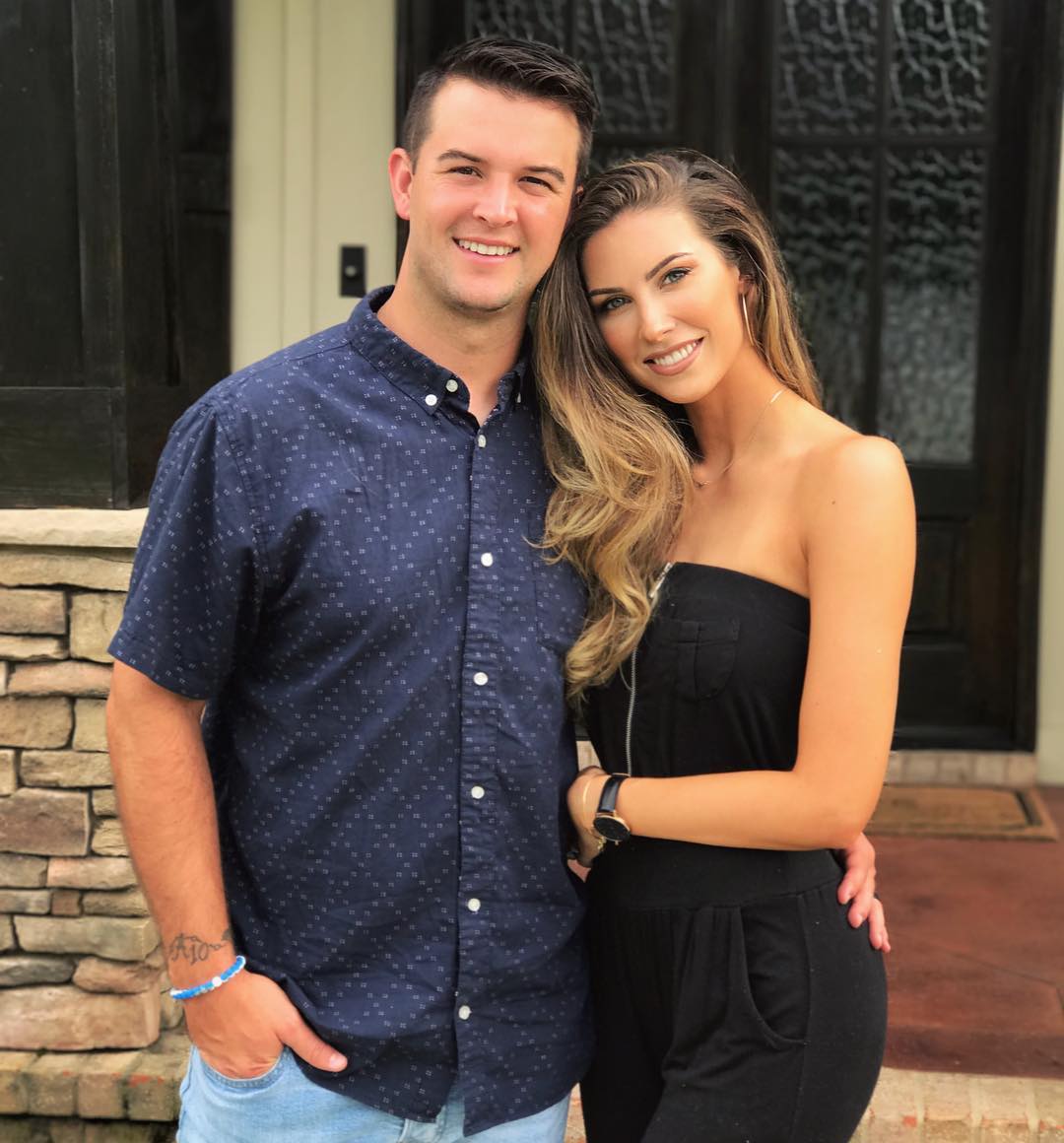 What does Katherine Webb do for a living?

For those of you who are unaware, let us tell you, Katherine Webb is a model by profession. She was born on April 24, 1989, in, Montgomery, Alabama, the United States to Alan and Leslie Webb.

In the past, the beauty queen has participated in many beauty pageants. She took part in the Miss Georgia USA 2008 pageant and ended her run in the contest as a semi-finalist. After a while, she was crowned Miss Alabama USA in 2012, then she competed in the Miss USA 2012 competition and finished in the top 10. 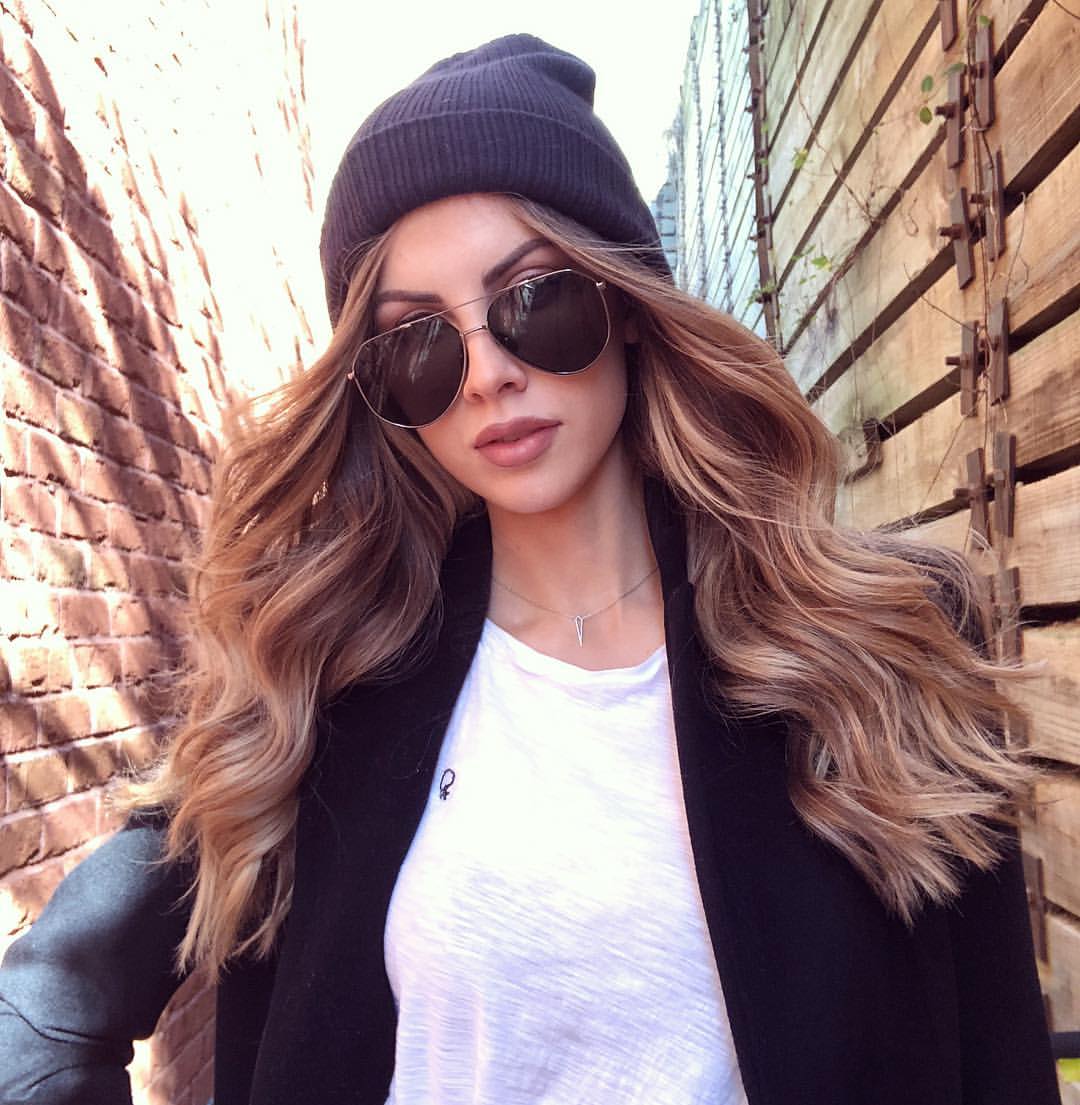 When did Katherine Webb come into the limelight?

At the moment, Katherine is 33 years old. She caught the eye of the viewers during the 2013 BCS National Championship Game telecast, at that time she was AJ’s girlfriend. Then, announcer Brent Musburger talked about Webb, and soon afterward, the camera rolled on her as she watched the game while sitting in the audience.

During the broadcast of the game, Brent described Katherine as a “lovely lady” and “beautiful”, he also told his broadcast partner, former quarterback Kirk Herbstreit, “You quarterbacks get all the good-looking women.” Then, he received a lot of backlash for his comments. 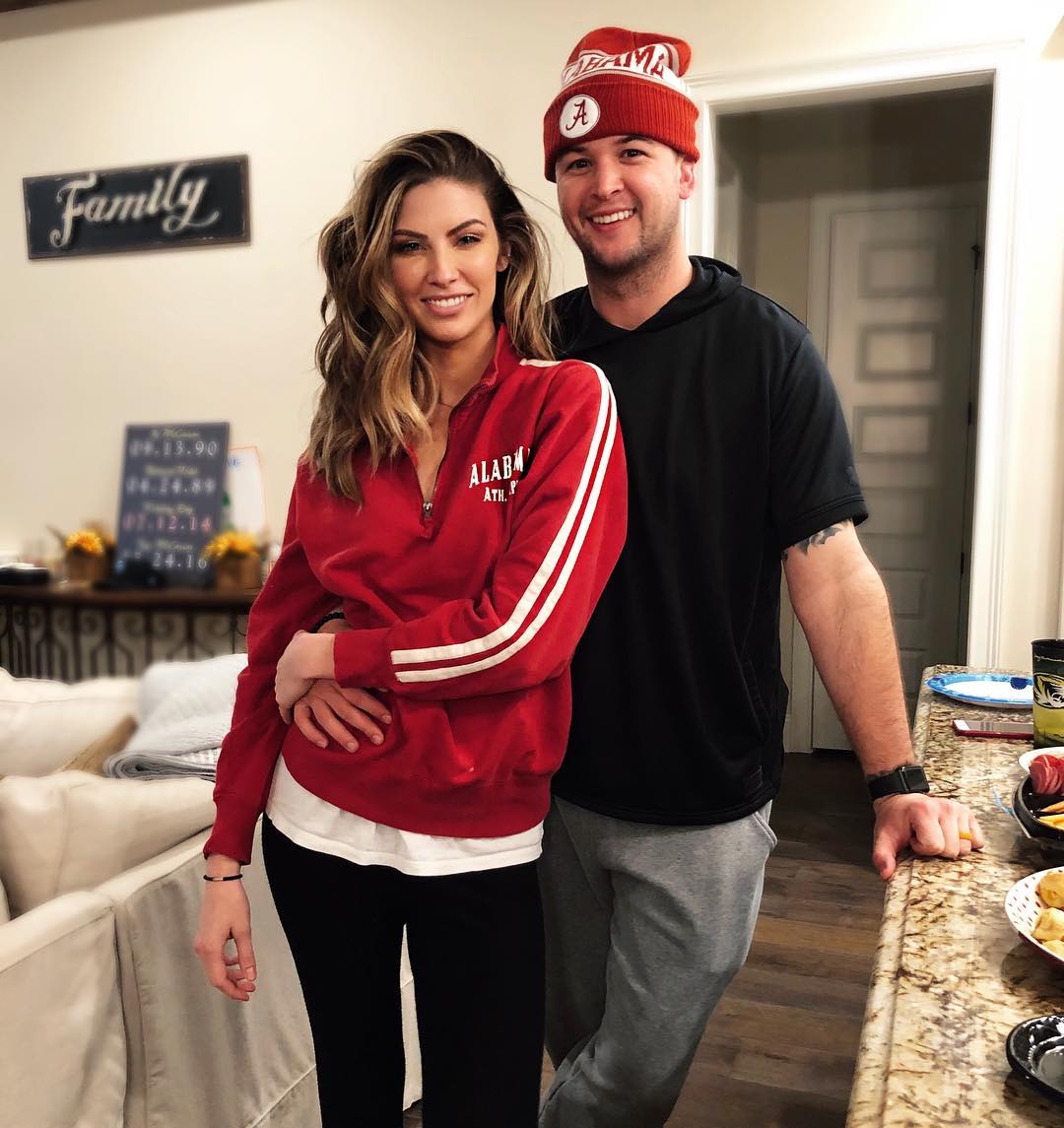 Due to the news, the number of Webb’s Twitter followers skyrocketed to 150,000  overnight. Following the incident, many media outlets criticized Brent and referred to his remarks as ‘sexist.’ Soon afterward, he issued an apology.

In a media interaction with Matt Lauer, Katherine stated that she was not offended by Brent’s remarks. She said, “I think the media has been really unfair to [Musburger]. But the fact that he said we were beautiful and gorgeous, I don’t see why any woman wouldn’t be flattered by that.”

When did Katherine Webb and AJ McCarron get engaged?

Katherine and AJ revealed that they were engaged in March 2014. At that time, Webb shared the piece of great news on the social media platform Instagram. She posted a sweet snap of herself and her then-fiancé on Instagram. She simply captioned the picture, “WE’RE ENGAGEDDDD!!!!!”

The picture from their special day showed Katherine and McCarron hugging each other. Katherine also gave her fans a clear glimpse of her sparkling engagement ring in a separate post. She wrote, “Can’t wait to marry my best friend 💍💎👫,” in the caption of the post. We must say AJ did a great job when it comes to the engagement ring. 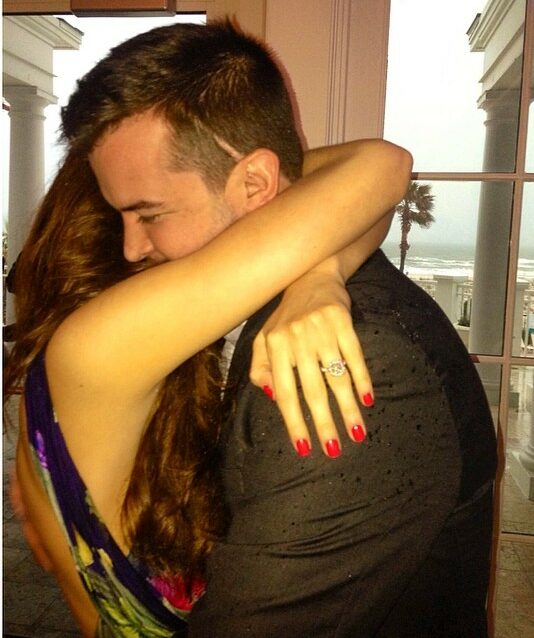 Katherine and AJ McCarron got married in 2014

Webb and AJ said their vows on July 12, 2014, in Orange Beach, Alabama. For her big day, Katherine opted to wear a custom white gown by fashion designer Sherri Hill. On the other hand, AJ wore a black pantsuit with a black tie.

Then, Miss Alabama USA, posted a few monochromatic pictures from her wedding day on the social media platform Instagram as well. 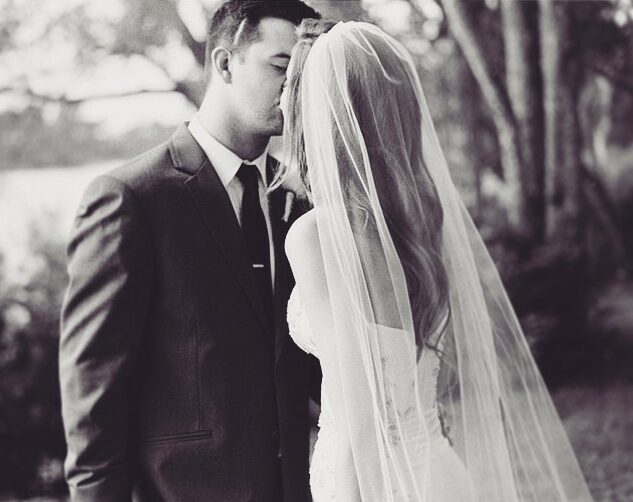 How many kids do Katherine and AJ McCarron have?

Katherine and AJ McCarron share 3 children, all boys. In December 2015, Katherine announced that she was pregnant on Instagram. Then, she posted a picture of herself and her husband in which her baby bump was pretty visible.

Webb captioned the snap, “AJ and I feel beyond blessed and grateful to FINALLY announce after 4 months we have been keeping a secret! We are having a BOY! Thank you all so much for your prayers for us as it hasn’t been an easy journey. We thank God everyday for this wonderful blessing and can’t wait to share this journey with all of you!! ❤️.”

The couple welcomed their first child, a baby boy in May of 2016. Katherine and AJ named their son Tripp McCarron. They added another member to their clan in the year 2018. Their second son Cash Carter McCarron joined them earthside in December of 2018.

Webb gave birth to her and McCarron’s third child last year. Their third son Gunnar Cruz McCarron came into the world in April of 2021. 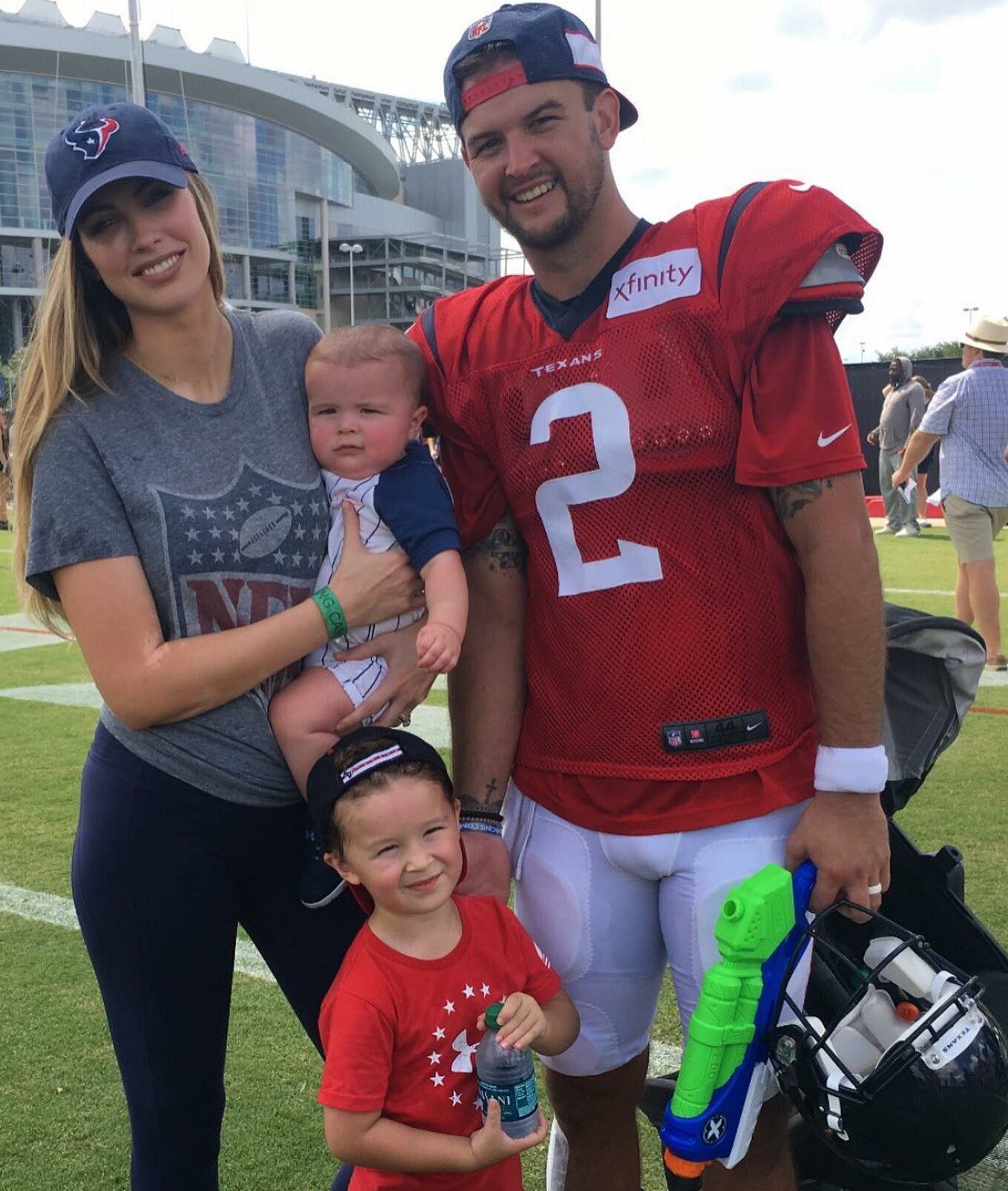 Like most models in the entertainment world, Katherine Webb also has a profile on the social media platform Instagram. She is pretty active on Instagram. Up until now, she has 770 posts on her Instagram feed.

As of now, Katherine has more than 200k followers on the social networking platform Instagram. Her bio reads, “Miss AL USA 2012, SI Swim 2013.” She is a proud wife as she has also mentioned that she is married to football star AJ McCarron in her Instagram bio.

When we scrolled through the Instagram feed of the model, we found a couple of stunning pictures of her from her trips all over the world, some photos of her from professional photoshoots, and a series of photographs with her husband AJ McCarron and the pair’s three children.

Katherine’s latest Instagram post saw the light of the day in August. Then, she posted a black and white bikini picture of her on Instagram. “33 and thriving ✨ (not my bday but I’m 33 and needed a good caption) 🥴,” she wrote alongside the picture.

Her latest Instagram post gained a lot of attention from other social media influencers as well. Rachel Bush, the wife of American footballer Jordan Poyer, stopped by the comments section of the post and wrote, “Hot Mamma”.

We must say AJ McCarron and his wife Katherine Webb make for one beautiful couple. Do let us know your thoughts on the pair in the comments section below. Don’t forget to stay tuned with us for the latest updates from the world of showbiz.