Meet Jason Momoa’s Children: All About his Kids Lola, Nakoa-Wolf and Zoë

Apart from being a Hollywood actor, the Aquaman star Jason Momoa is a doting dad to his children. When Jason is away from the flashing cameras, he is just another family man who loves his kiddos. Continue reading to learn more about his children. When did Jason Momoa become a dad for the first time?

Jason shares two kids with his soon-to-be ex-wife Lisa Bonet. The pair welcomed their first child into the world in the year 2007. Lisa gave birth to the duo’s first baby, a daughter named Lola Iolani Momoa in July of 2007.

The Zack Snyder’s Justice League actor and Lisa tied the knot on November 17, 2007. Soon afterward, their family of three became a family of four. The former couple’s second child, son Nakoa-Wolf Manakauapo Namakaeha Momoa (aka Wolfie) joined them earthside in December of 2008. 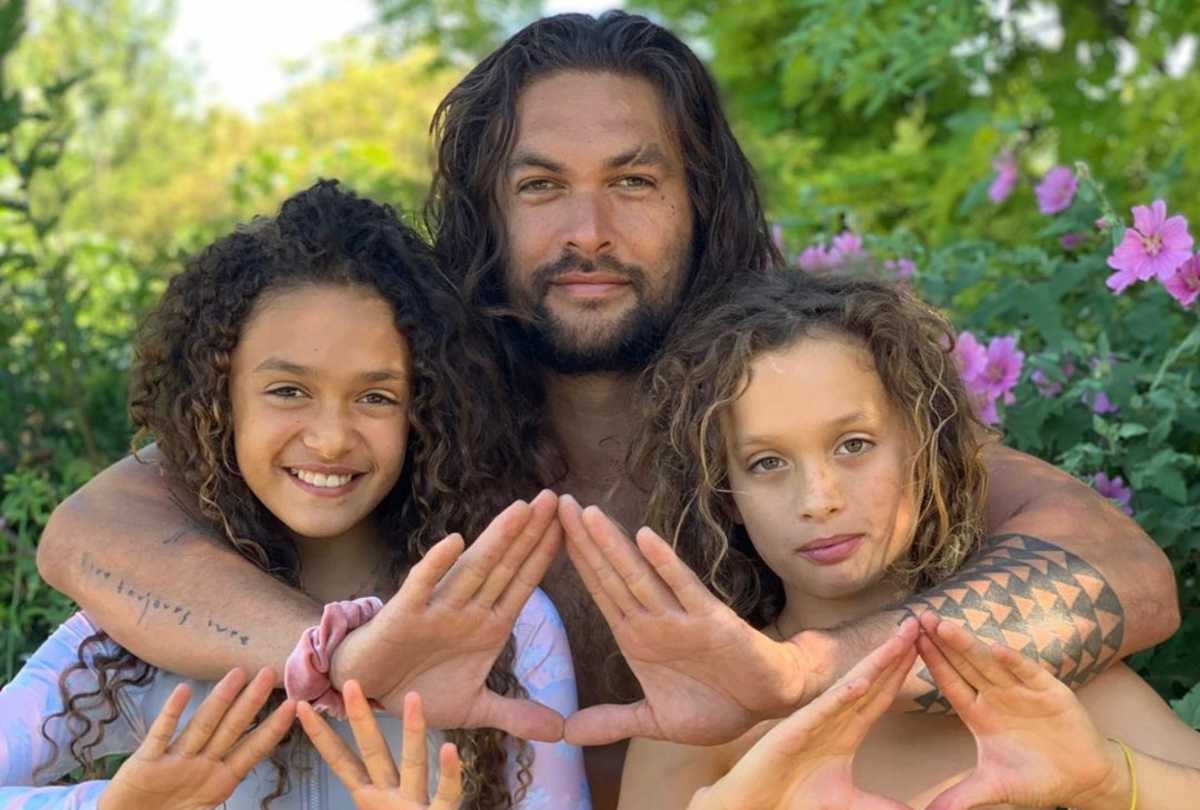 Every now and then, both of Jason’s kids are seen out and about with him in public on various occasions including the premiers of movies and even award shows.

His kids went to the premiere of his film Aquaman back in 2018 and, most recently, they were spotted at the premiere of The Batman in New York City on March 1. They came forward to support Jason’s stepdaughter, Zoë Kravitz.

For those of you who are unaware, let us tell you Zoë Kravitz is Lisa’s daughter from her first marriage to her husband Lenny Kravitz. Jason continues to stay on good terms with his stepdaughter Zoë after his split from Lisa. Here’s everything you need to know about Lola Iolani Momoa

Jason Momoa and his wife Lisa share a daughter whose name is Lola Iolani Momoa. Their daughter came into the world in July of 2007. At this point in time, the 14-year-old lives with both of her parents in Los Angeles.

Bonet and Momoa decided to get hitched in November after their daughter Lola was born. The two of them began dating in the year 2005. As per the reports, Jason was completely smitten with Lisa. The pair said their vows after being together for nearly 12 years. 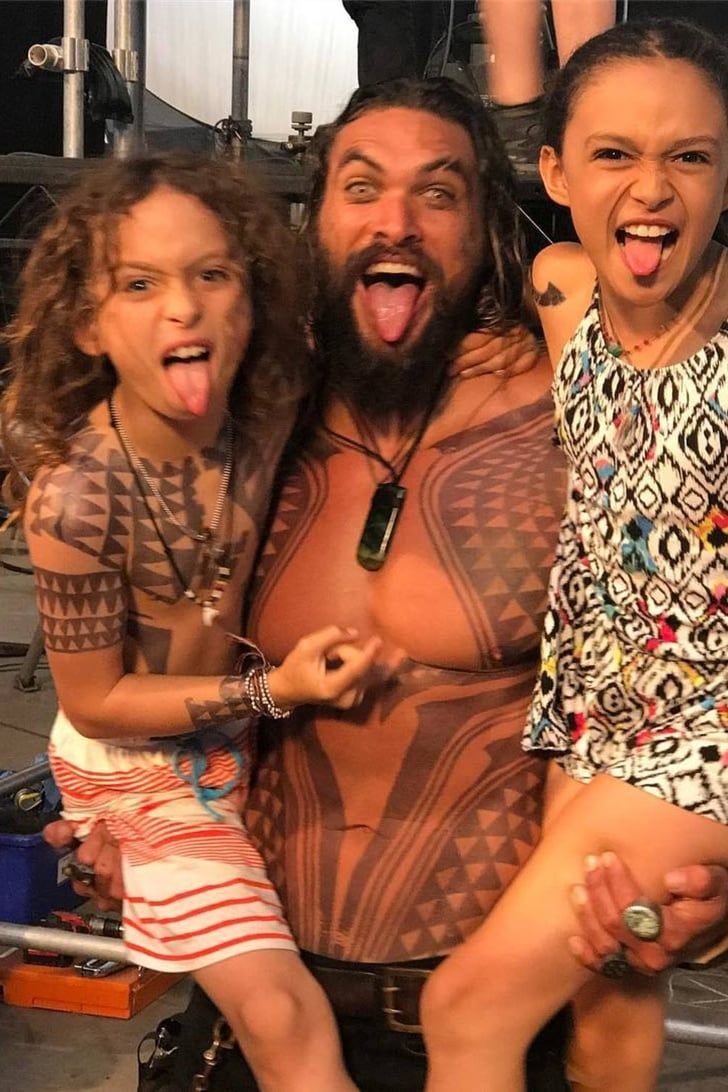 During a media interaction, the Game of Thrones alum talked about being a parent and how he handled his daughter officially becoming a teenager. While speaking about his daughter getting older Jason said, “I’m not going to do well with it.”

In an interaction with Men’s Health in November of 2020, the father of two went on to say, “I’ll just hate it if she brings home some dipsh*t bad boy. I’m like, ‘If you find a man who treats you better than I [treat Bonet], good luck!’ ”

Lisa and Jason welcomed their second child, a baby boy into the world in December of 2008. The pair named their son Nakoa-Wolf Manakauapo Namakaeha Momoa. Just like his older sister, he also resides with his mom and dad in Los Angeles. His nickname is ‘Wolfie’. Over the years, the Batman v Superman: Dawn of Justice star has built a strong connection with his son Nakoa-Wolf. In May of 2020, Jason dropped a video of himself and his son Nakoa in which they can be seen throwing tomahawks at a target!

During an interview with Men’s Health in 2020, Jason said, “My wife is very sophisticated and smart, and [our kids and I are] kind of like animals that need to be trained a little better.” 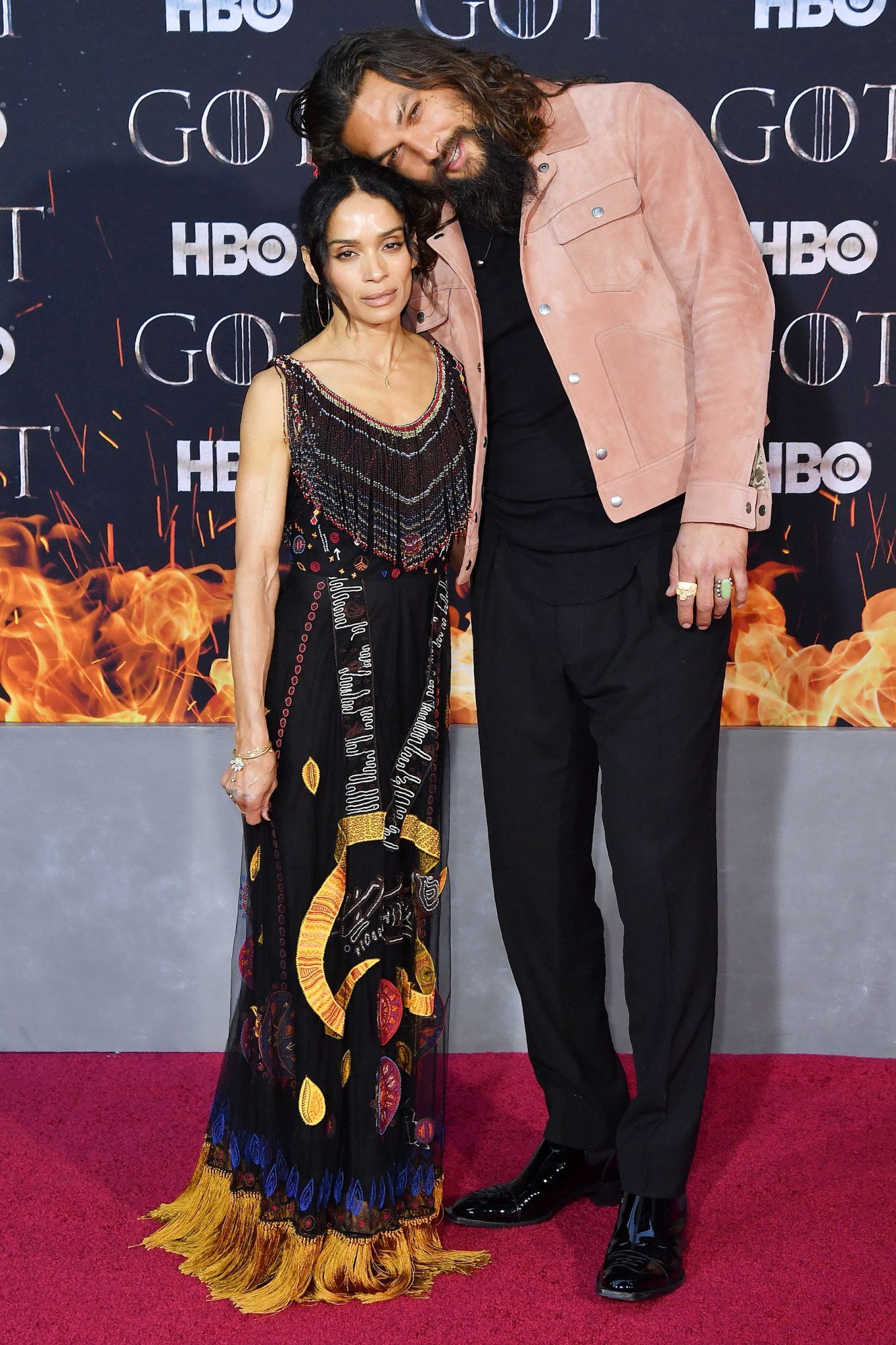 The Once Upon a Time in Venice alum further added, “I’m constantly a work in progress, and I’ve just been trying to get better as a father and a husband.” We can see the constant efforts of Jason to be a better husband and father in his relationship with stepdaughter Zoë Kravitz.

In addition to being a dad to Lola and Nakoa-Wolf, Jason is also a stepfather to Lisa Bonet and Lenny Kravitz’s daughter, Zoë Kravitz.  The Batman actress was born on December 1, 1988, to her famous parents, who were married from the year 1987 to 1993.

Throughout the course of time, Zoë has carved a path for herself in the world of films. She is both a singer and an actress by profession. To date, she is well-known for her work on two acclaimed TV series, Big Little Lies and High Fidelity. Kravitz was last seen as Catwoman in the 2022 film The Batman, co-starring Robert Pattinson, Colin Farrell, and Paul Dano. Jason even congratulated his stepdaughter after she bagged the iconic role in October 2019.

Around the same time, Jason took to his Instagram and wrote a heartfelt caption alongside a picture of himself and Zoë. He wrote, “I’m so proud of u zozo bear. On and off screen OHANA”, in the caption of the post.

The 42-year-old continued, “DC WB ohana Lola and Wolfies big sister is CAT WOMAN😍😍😍 Unbelievable so freaking stoked. Your going to have so much fun Aloha P bear”

Jason and his other two kids, Lola and Nakoa-Wolf attended The Batman premiere in March 2022 to support Zoë. The event took place after Jason’s breakup from Lisa, who preferred to stay home for the night. 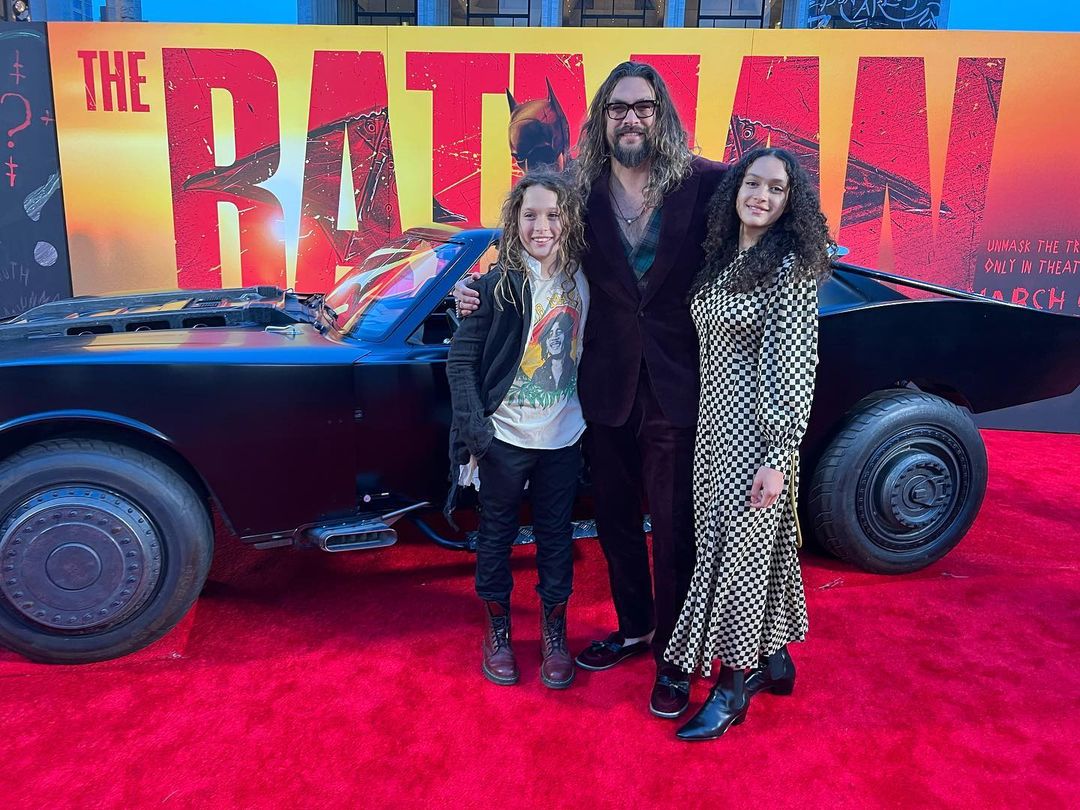 During an interaction with Entertainment Tonight, Jason said, “Lisa couldn’t be here, so we’re representing me and the babies. We’re very excited to just be here. It’s still family, you know? … We’re just so proud.”

Momoa family is the perfect example of a well-blended family

Jason puts all his focus on family and he prioritizes it and he refers to his blended family as ‘Ohana’. He told Men’s Health, “I work hard and don’t take anything for granted. I’m a big family guy.” In August, Zoë’s father Lenny paid a sweet tribute to Jason on the occasion of his birthday on Twitter.  He wrote, “Happy Birthday [Jason Momoa]. One family. One love,” to which Jason replied in the sweetest manner. He responded, “love you ohana. miss u.”

We must say Jason Momoa and his beautiful blended family is incredibly tight. They are one close-knitted family. Don’t forget to stay tuned with us for the latest updates from the world of showbiz.