Meet Emily Carey: All About the ‘House of the Dragon’ Star

The HBO epic medieval fantasy television series House of the Dragon has a phenomenal cast. Emily Carey plays the role of Alicent Hightower in the show. Keep scrolling further to learn more about every prospect of Emily Carey’s life. 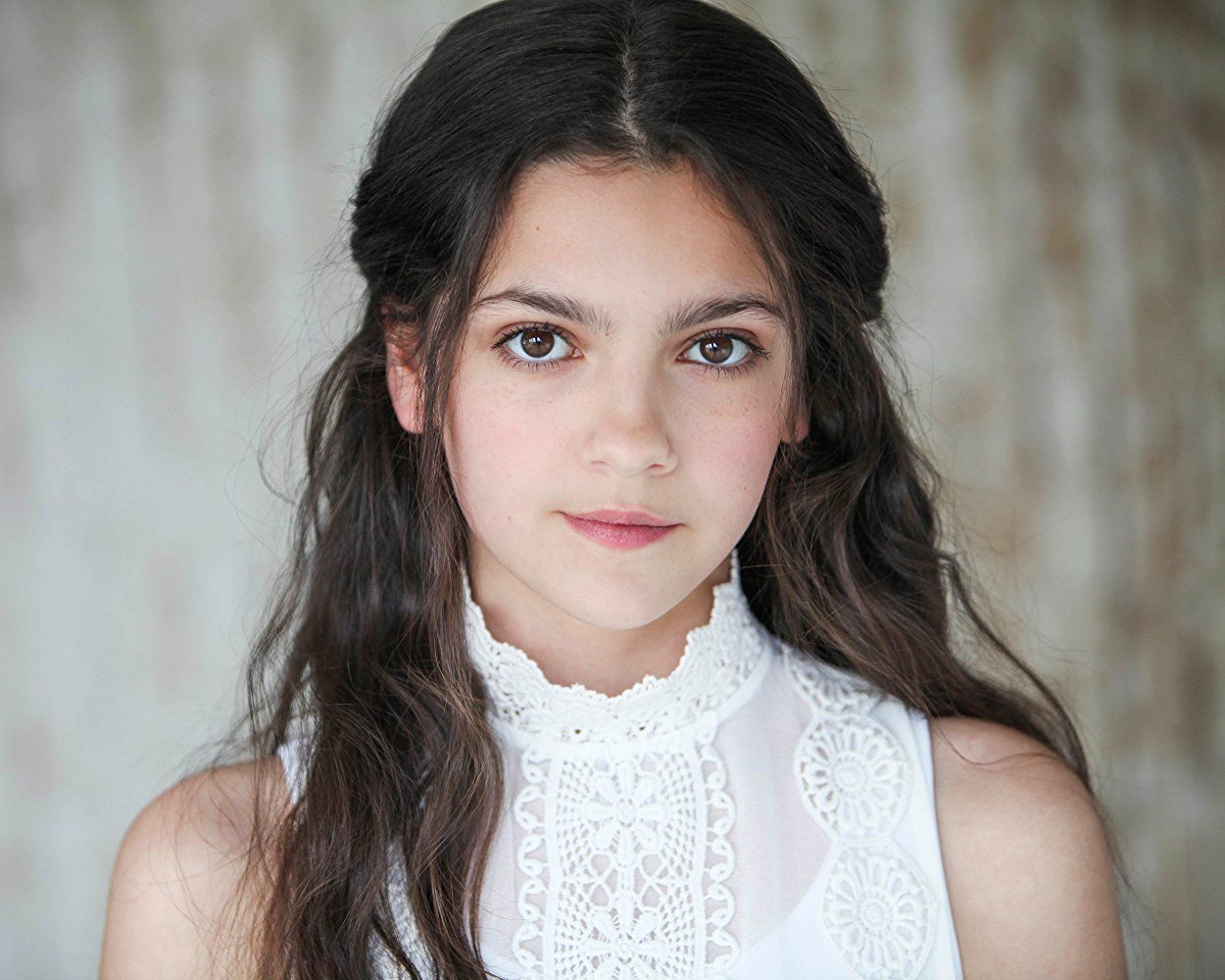 Here’s everything you need to know about Emily Carey

The full name of Emily Carey is Emily Joanna Carey. She was born on April 30, 2003, in Barnet, London, England. Her zodiac sign is Taurus. She is a well-known English model as well as an actress. Carey uses she/they pronouns.

Emily is best known for playing the role of young Alicent Hightower in the HBO epic medieval fantasy television series House of the Dragon. Apart from this, the 19-year-old is also noted for playing the characters of Grace Beauchamp in BBC One’s Casualty (2014–2017, 2021) and Mika Cavanaugh in iPlayer and Netflix’s Get Even (2020). 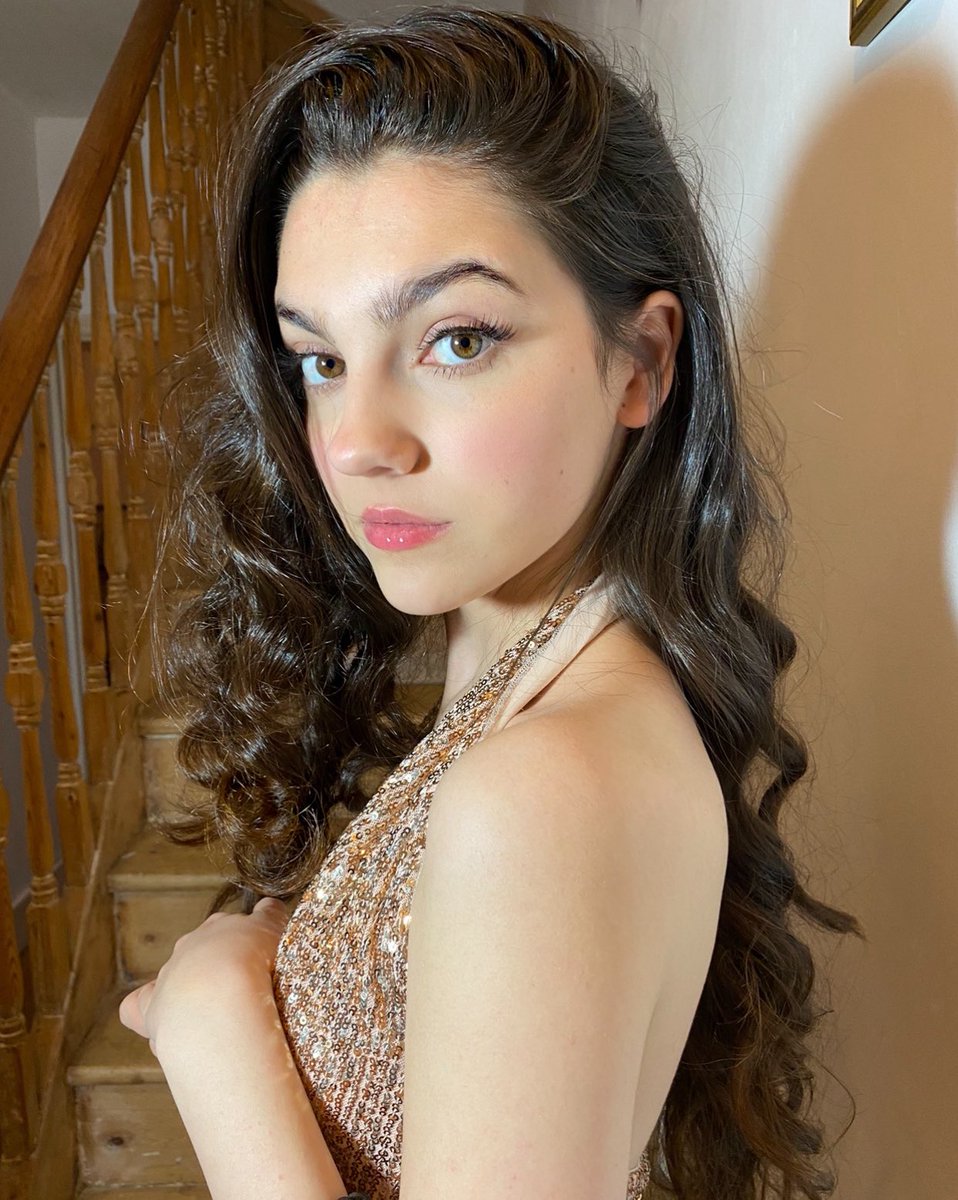 When did Emily Carey step into the world of the spotlight?

For those of you who are unaware, let us tell you Emily Carey started her acting career at a young age. As per the reports, she started acting at the age of 9. Back in the day, she made her theatre debut with Shrek The Musical at The Theatre Royal Drury Lane directed by Rachel Kavanaugh.

In the year 2014, Emily bagged a semi-regular role in the BBC’s flagship Saturday night drama titled Casualty. In the show, she played the role of Grace Beauchamp for more than 5 seasons. At that point in time, she was only 11 years old. During the year 2014, she was also featured in the music video for Michael Bublé’s hit single Baby It’s Cold Outside. Emily Carey made her film debut with ‘Wonder Woman’

Yes, you read that right. Carey made her film debut with Wonder Woman. She essayed the character of 12-year-old Diana Prince, portrayed by Gal Gadot as an adult in the Warner Brothers 2017 film Wonder Woman. In addition to this, she starred as a young Lara Croft in the Tomb Raider reboot film, released in March of 2018.

After a while, Emily essayed the role of Anastasia in Netflix’s movie Anastasia: Once Upon a Time. When we talk about Emily’s projects that came out earlier this year, it includes, The Lost Girls. She portrayed the character of Teen Wendy in the screenplay adaption of Laurie Fox’s novel The Lost Girls. The film was released on June 17, 2022. 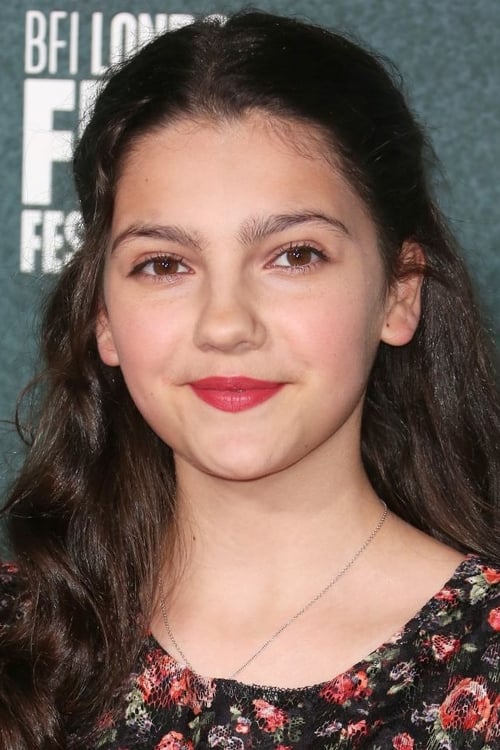 As per Emily’s IMDb page, her other television credits include the series regular role of Mary Conan Doyle in the 10 Part drama Houdini & Doyle which aired in the spring of 2016, and the role of Bea in Turn Up Charlie for the streaming giant Netflix.

What did Emily have to say about her character in ‘House of the Dragon’?

During a media interaction, Carey spilled the beans on her character Alicent Hightower in the fantasy drama series House of the Dragon and she said, “Something that we talked about a lot on set is how a relationship between two young girls is unlike any other relationship in any circumstance, whether it’s family, whether it’s friendships, whether it’s [romantic] relationships.”

Emily went on to say, “I think at the age that we play them, friendship is such a wild, intense journey. You feel so much at that age for your friends. That was definitely something that we played around with a lot. Me and Milly get along so well off set, and so a lot of that is carried over when we were portraying the characters. They go through a lot as people, individually and together. Their relationship with each other changes them as people as the storyline continues.” 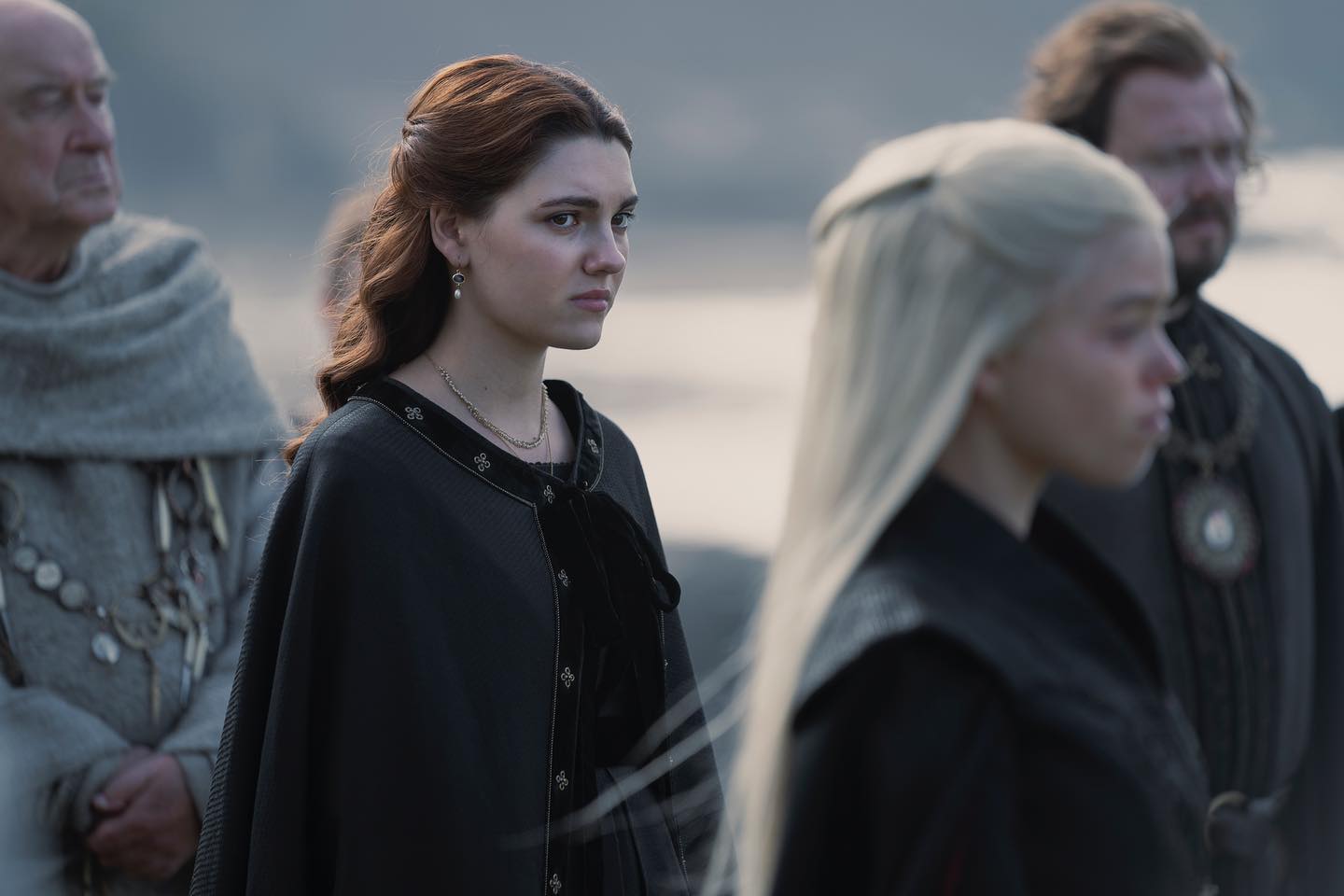 Carey was intimidated by the fandom of the Game of Thrones and she was very conscious of the same when the filming of the series began. She was worried that Alicent comes across as a villain in Fire and Blood, and viewers would channel their hatred of the character toward them.

Emily told the media outlet, “There’s a preconceived notion that Alicent’s this scheming, wants-her-blood-on-the-throne kind of thing, but you see how these women became who you see in the books and who you’ll eventually see in the show. I think origin stories are so interesting and so important because you see circumstance.”

The House of the Dragon star concluded by saying, “TV-wise, it generally doesn’t get much bigger than this. I’d say that Milly and I have been welcomed with open arms, which has been lovely. It’s such a cult fanbase.” 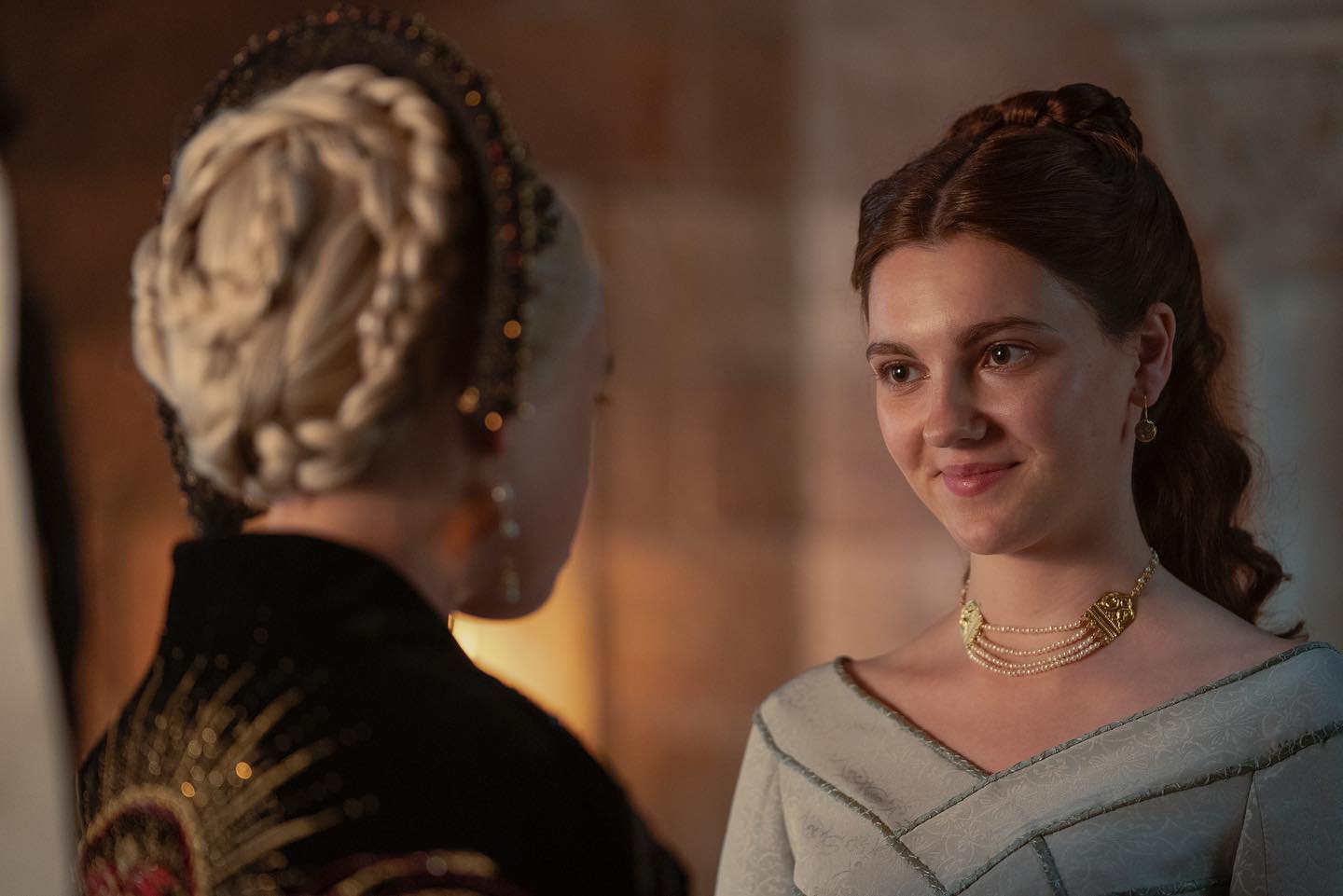 The answer to the above question is a big yes. Like most celebs in the entertainment industry, Emily Carey is also pretty active on the social media platform Instagram. As of now, she has 399 posts on her Instagram profile.

Up until now, Emily boasts a fanbase of 105k followers on the social networking platform Instagram. Her bio is pretty simple and it consists of only one word that reads, ‘storyteller.’ It also contains the link to her IMDB page. 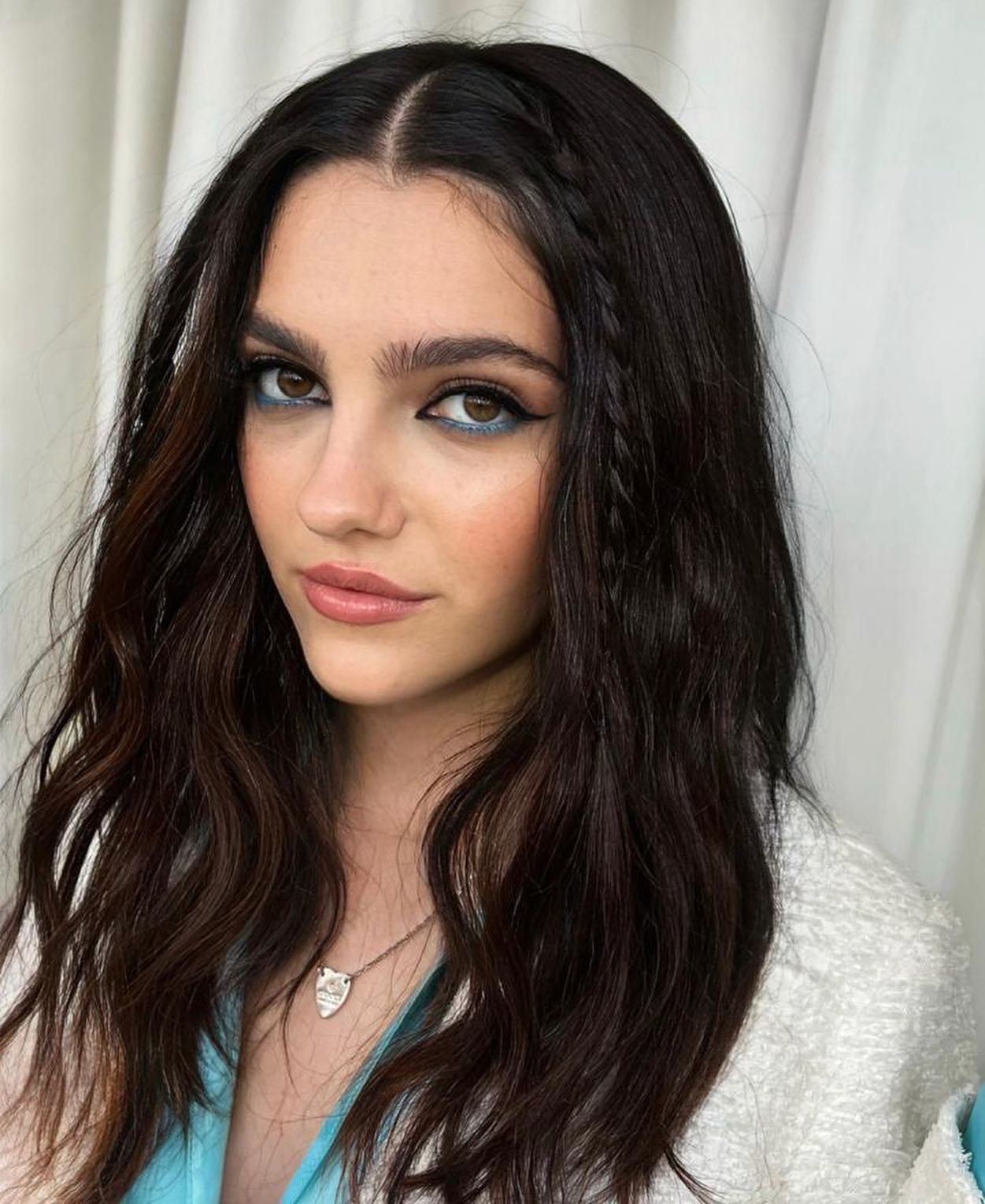 When we scrolled through the Instagram feed of the Hollywood actress, we found many stunning pictures of her from her trips all over the world, a couple of snaps of her with the cast and crew of the show House of the Dragon, and a few pictures with her close friends and family members.

According to her IMDB page, Emily is represented by Curtis Brown in the UK and by UTA in the USA. Apart from this, she is managed by Grandview LA.

Did you like Emily Carey’s performance in the House of the Dragon? Kindly let us know in the comments section below. Don’t forget to stay tuned with us for the latest updates from the world of showbiz.