Lori Harvey has found another love! Over the weekend, Steve Harvey’s daughter Lori was snapped out and out in public with Damson Idris. It looks like Lori and Damson were out and about for a date night.

The two of them have seemingly confirmed their romance with their latest outing. Read to know everything about Lori Harvey’s new boyfriend Damson Idris including his early life, profession, and more. Lori Harvey steps out for date night with Damson Idris

On Saturday night, December 17, 2022, the model stepped out for date night with her new rumored beau Damson Idris at a restaurant named Catch in Los Angeles. The two of them arrived at the eatery separately.

For the date night, Lori donned a sleek brown cutout dress. Her ruched satin style cutout dress also consisted of a sharp keyhole shoulder cutout bodice and long sleeves. She accessorized her look with a pair of delicate earrings and a cream-quilted velvet cube-shaped Chanel clutch. 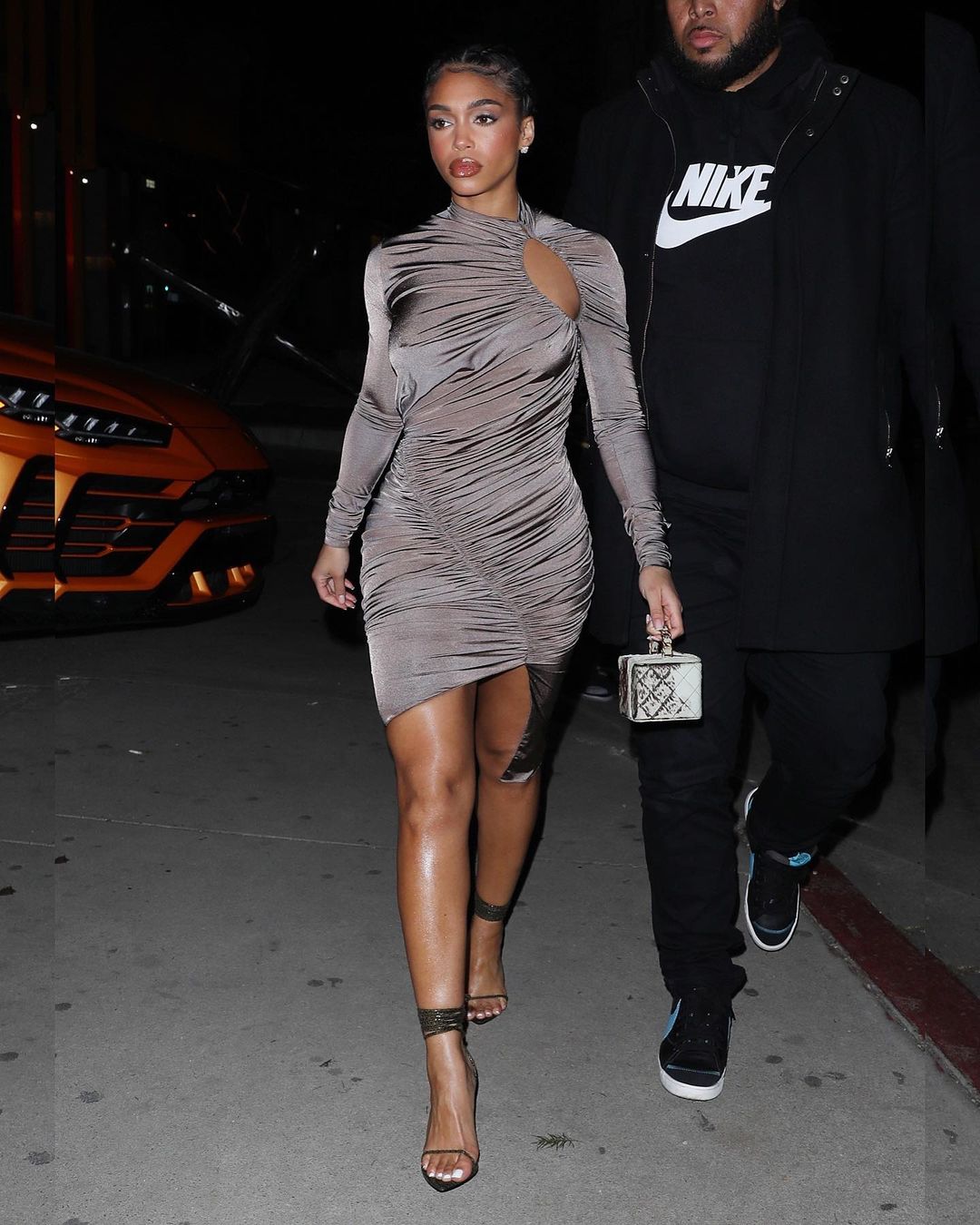 When we talk about Harvey’s shoes, she went for a slick set of Femme LA’s ankle-wrap sandals. Her python-textured Luce Minimale pair featured sharp pointed-toe soles. Not only this, but the sandals also comprised 4.5-inch stiletto heels as well as thin straps that laced around her ankles, providing added support and sleekness.

On the other hand, Damson looked dapper in a white shirt, black jacket, and a pair of black pants. He topped off his look with black shoes. The dating rumors of the two of them have been going around in circles for a couple of weeks now. 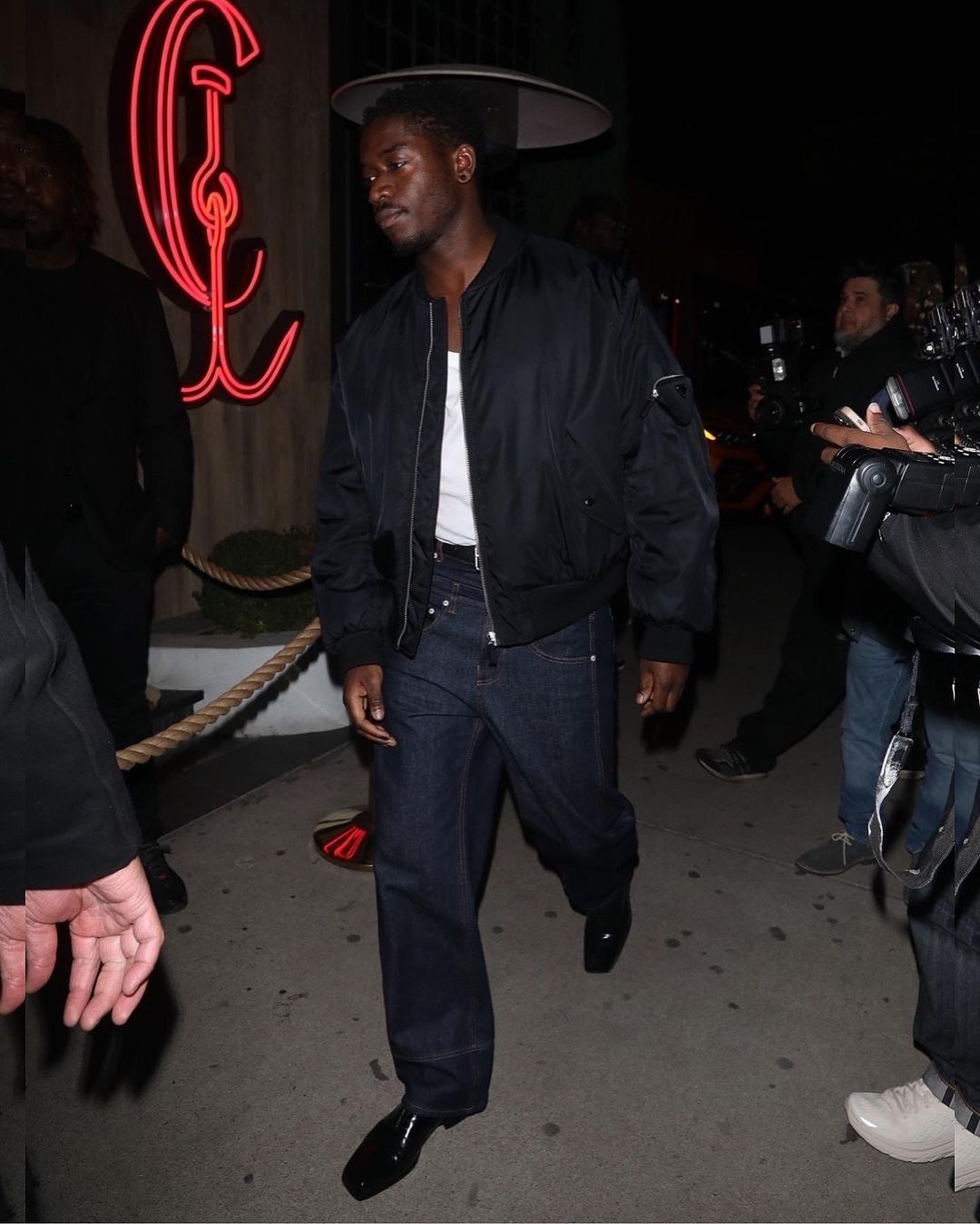 Does Lori make her love interests sign an NDA about their relationship?

As per an insider from Media Take Out, Lori reportedly has her rumored love interests sign an NDA about their relationship. For those of you who are unaware, NDA which stands for non-disclosure agreement is a binding contract between 2 parties that prevents sensitive information from being shared with others.

The source went on to say, “Lori makes [all the men] sign an NDA to make sure that whatever they talk about is personal and confidential.” A couple of things prohibited are as follows: sharing any photos or messages exchanged between them, saving any screen captures of their discussions or communications, and more. Despite the NDA, the fans are rooting for Lori and Damson’s relationship. One social media user took to Twitter and wrote, “Lori Harvey is dating Damson Idris?!?! My goodness, she really don’t miss…”

Another user chimed in and penned, “I respect Lori Harvey. One situation don’t work for her, she trying again somewhere else. This is called dating! I see nothing wrong with it..”

Here’s everything you need to know about Damson Idris (early life, birthplace, profession, and family)

Damson Idris is an actor by profession. He was born on September 2, 1991, in Peckham,  South-East London, United Kingdom. He is of Nigerian descent and the youngest of six children. At the moment, he is 31 years old.

During his childhood days, Damson played football and dreamt of becoming the next Cristiano Ronaldo. Back in the day, he also played rugby and in the year 2002, he even got the golden opportunity to meet Queen Elizabeth II. At that time, he shook the hand with Her Majesty when his team took part in her Golden Jubilee. 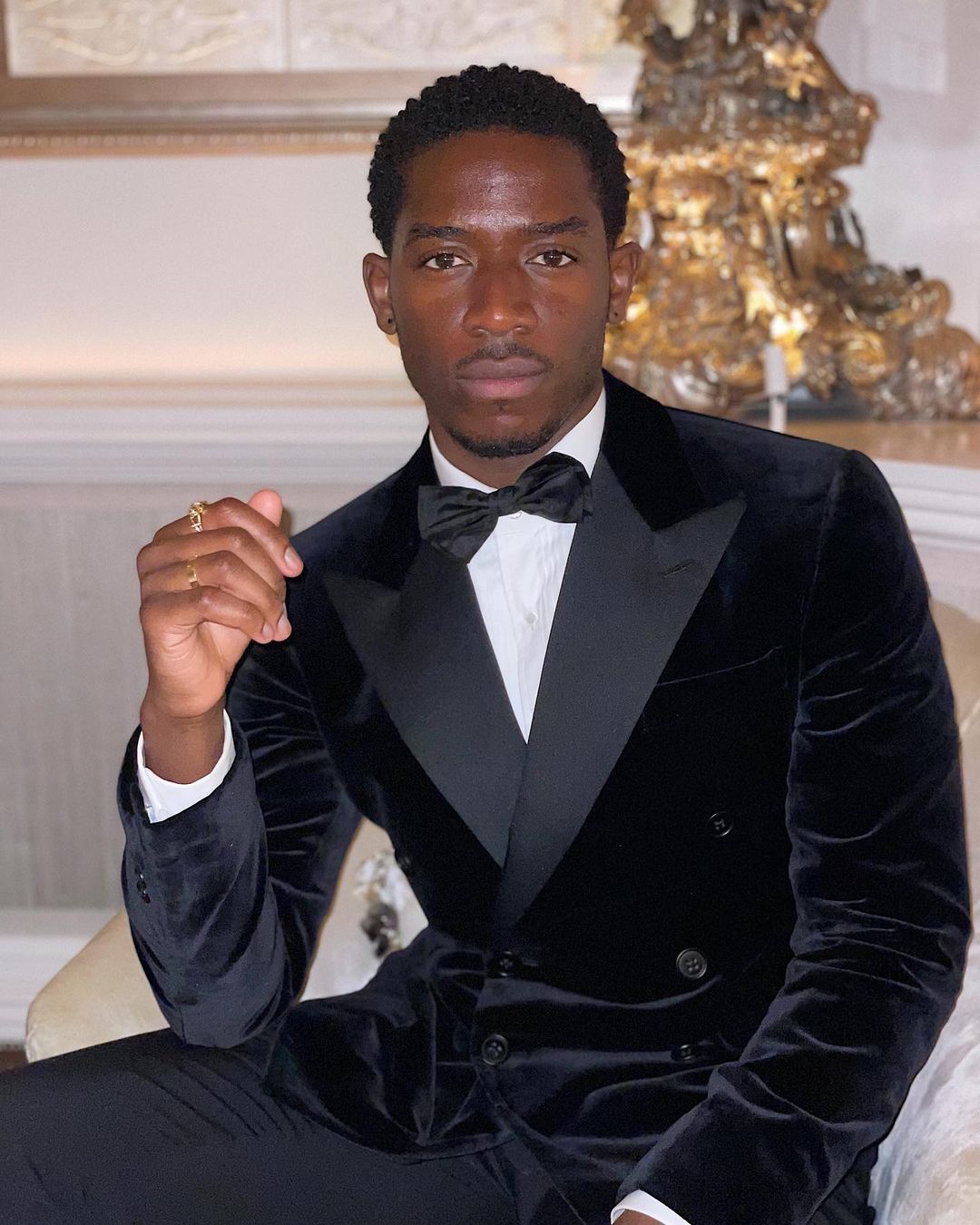 All of Damson’s other siblings: three brothers and two sisters went on to make corporate careers in law, business, and IT, and then he realized a professional football career might not be in the cards for him and he ended up studying drama at Brunel University London and graduated with a bachelor’s degree in Theatre, Film & Television studies.

Soon after, Idris went on to train at the prestigious Identity School of Acting in London alongside Hollywood stars such as John Boyega, Letitia Wright, and Malachi Kirby. And from there on, he never looked back.

When did Damson Idris step into the world of acting?

During his time at Brunel University London, Damson met actress Cathy Tyson, and she was the one who encouraged him to meet Ade Solanke and audition for a part in her play, Pandora’s Box. He bagged the part and signed with an agent and started performing in more plays.

After performing at the Royal National Theatre in London, Idris decided to pursue television and film roles. He starred in many British shows such as Miranda (2013), Doctors (2015), and Casualty (2015). 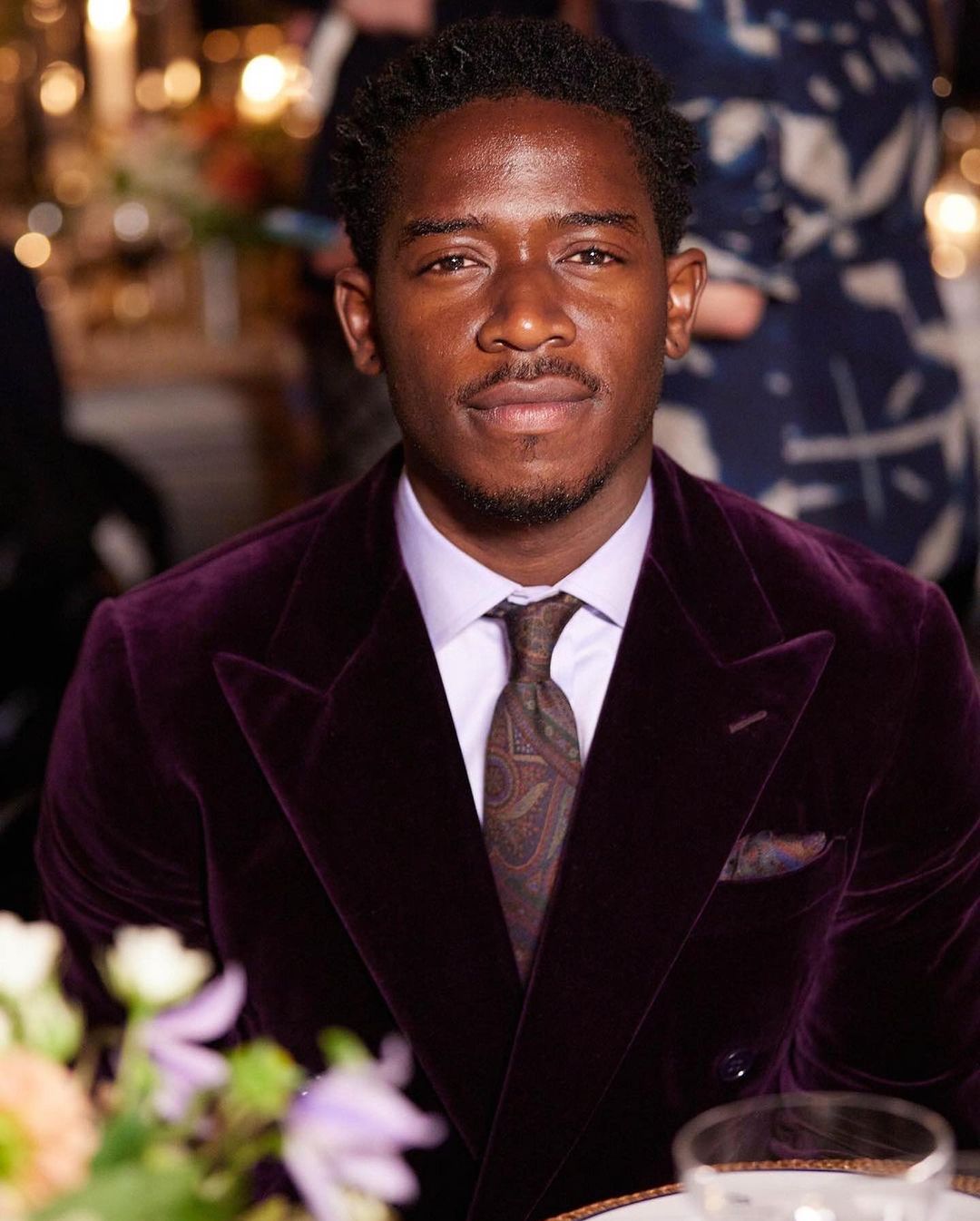 Idris got his first big screen part in the year 2016 in the British thriller City of Tiny Lights, starring Riz Ahmed. He made his American film debut next year in Megan Leavey alongside Kate Mara who essays the titular role in the war movie. Over the last couple of years, Damson played the role of FBI agent Denys in the 2018 film The Commuter, Jordan in the 2018 movie Astral, Enitan in the film Farming, and Lt. Thomas Harp in the 2021 film Outside The Wire. In addition to this, he has also been a part of a couple of TV shows including The Twilight Zone, Black Mirror, and Snowfall.

Yeah, you read that right. Damson Idris is a devoted football fan. He supports the football club Manchester United F.C. During a media interaction, he stated that American actor Denzel Washington is his hero.

In 2017, Idris told Interview magazine, “[Denzel is] phenomenal. I didn’t know I wanted to be an actor, but once it found me I looked at whom people were saying were great. I looked at who I wanted to be like. Not just in acting, but in their personal life as well. Being a well-rounded person, a fine example of good taste and prestige and class, that’s what I really chased, so he was the person that did it for me.” 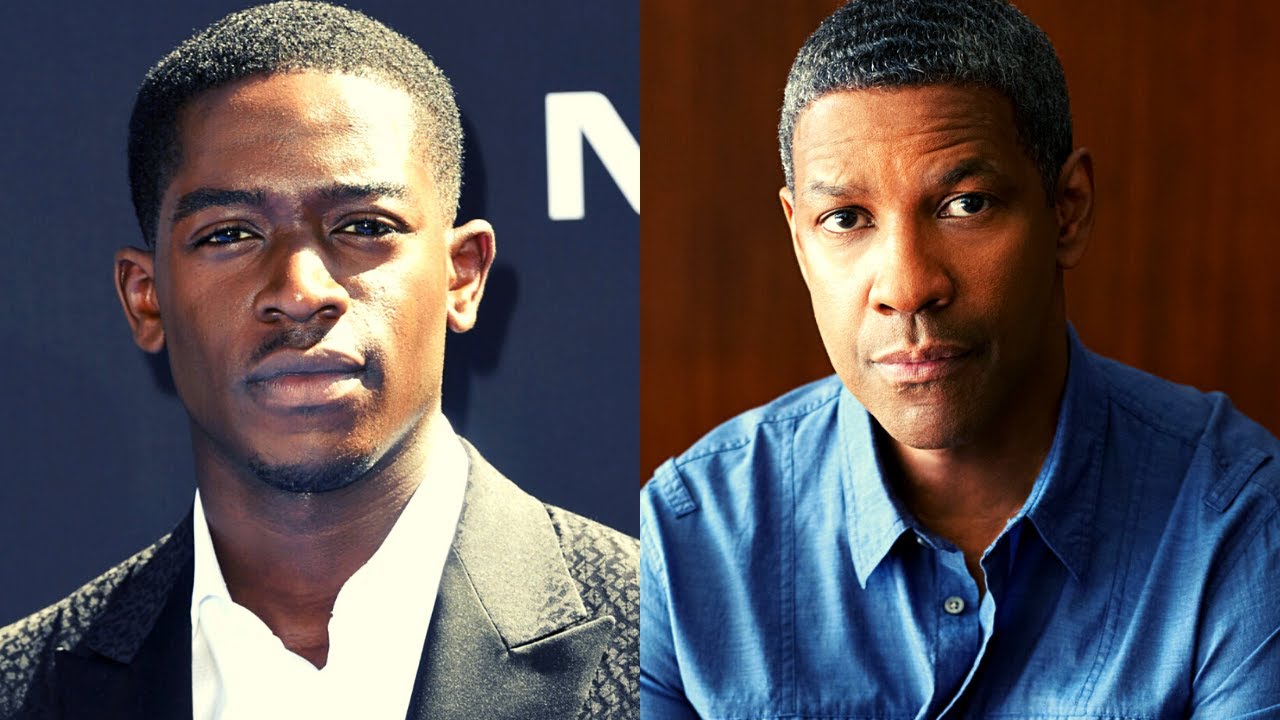 Do you think Lori Harvey and Damson Idris are a perfect match for each other? Kindly let us know your thoughts in the comments section below. Don’t forget to stay tuned with us for the latest updates from the world of showbiz.