Calling all the Sheerios here for special news! We have to say that Ed Sheeran is basically winning at life! With the kind of career and success at a young age, he also gets to share and live that life with his love of life, Cherry Seaborn.

Yes, there’s the lady luck behind all the magic in those songs that keeps our faith in love and relationships strong.

Sheeran and Seaborn are a perfect couple and have managed to keep their relationship off the public eye for quite a long time now. If you’re a Sheerio like us, we wouldn’t miss this piece for the world.

Here’s everything you need to know about Cherry Seaborn, the love of Ed Sheeran. 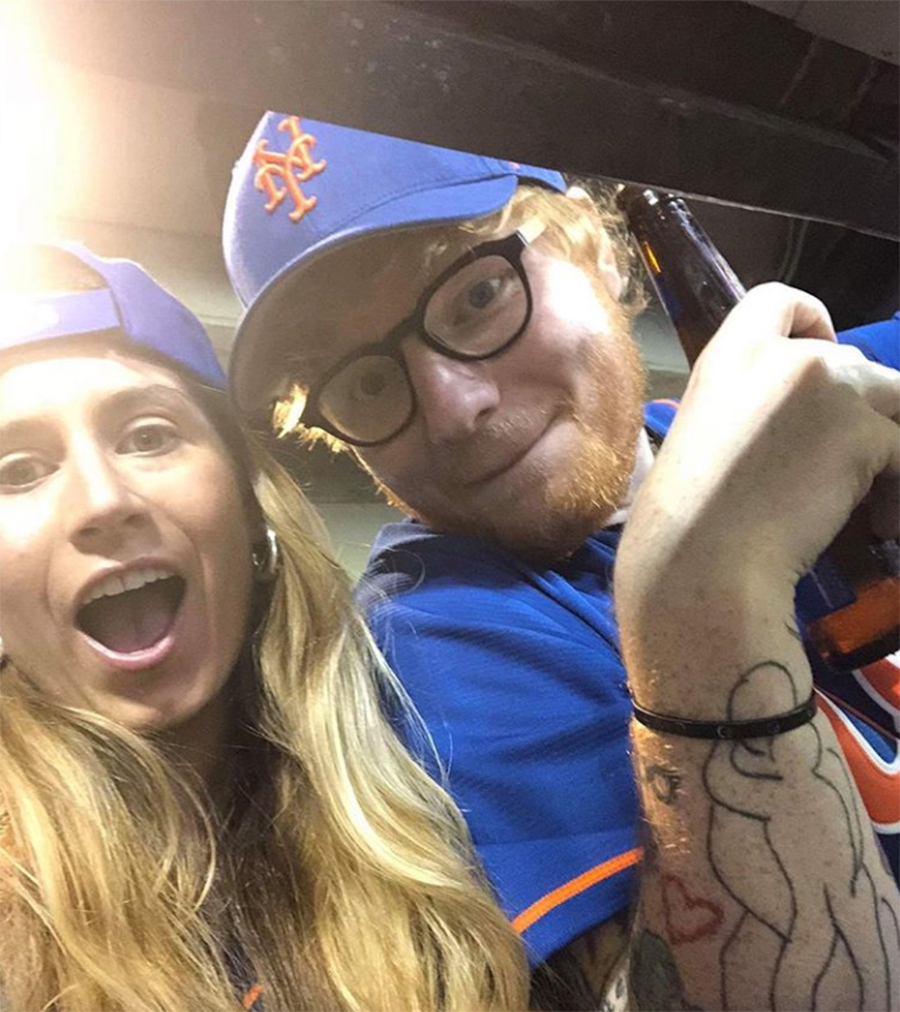 Who is Cherry Seaborn?

29 year old, Cherry Seaborn is British- born. Famously known as Ed Sheeran’s lady love and now wife. The couple secretly got married in 2018 and preferred to keep their relationship off from the public eyes.

But who exactly is Cherry Seaborn? Cherry has known Sheeran since childhood. However, the romantic relationship between the two started years later.

Cherry Seaborn attended the same high school as Ed in Suffolk and was friends since the age of 11. Ed and Cherry remained friends for a long time though he had a crush on her but didn’t proceed with his feelings as she was in a relationship at that time.

Cherry Seaborn studies Science at Durham University while Sheeran moved away to pursue a career in music.

She was a collegiate field hockey athlete and proved to be a hockey star and led the school’s hockey team to British University championships for two consecutive years in 2012 and 2013.

After completing her graduation from Durham University, she took her career a step forward and persuade a master’s degree in management studies at Duke University.

In a conversation in the newspaper she said, “ever since I was in high school, I’ve always wanted to study in the United States, I looked into different schools that were good academically and also at hockey, and Duke was one that really jumped out of me”.

Seaborn was clear in her head and made the right use of her bachelor’s and master’s degrees into making a promising career out of it.

Cherry began her first job working on Wall Street for accounting firm Delloite. She then moved back to London to continue her love story with Ed Sheeran.

The Shape Of Sheeran And Seaborn’s Love

Cherry and Ed have known each other since childhood but did not involve in a romantic relationship until 2015. The couple reconnected with each other in New York when Sheeran was touring.

Apparently, their first date was at Taylor Swift’s 4th of July party in Rhode island in 2015.

He shared this memory in an interview with People saying,

“ I went on tour again and then I went to Taylor’s 4th of July party. We were texting (Cherry Seaborn) and she was like, I am in Rhode Island at a 4th of July party and I was like, So am I. “I kinda said to Taylor, Can I invite one of my old schoolmates?” rest is history.

Apparently, Sheeran sang, “something was born on 4th of July” during his solo on Taylor’s song, End Game, he was referring to the events that took place in the Swift’s Rhode Island party.

After wrapping his majorly successful tour “X” across five continents with 180 shows, Ed decided to take a short break from social media.

He posted on his Instagram saying, “I have had such an amazing ride for the last five years but I find myself seeing the world through a screen and not my eyes so I am taking the opportunity of me not having to be anywhere or do anything to travel the world and see everything I missed”.

But one of the strongest reasons for moving away from music life was to concentrate more on his relationship with Cherry Seaborn.

A year after his break he shared this story with a platform, “the catalyst of taking a year off was also the fact that my partner quit her job in New York which she now got back in London which is so cool.

But we were just basically like, let’s just quit our jobs and have a year of forming a tight bond. So we went traveling and spent every day for a year together”, Ed Sheeran said.

The couple kept their relationship under the closet for quite some time until Ed announced the heartwarming news in January 2017.

He posted on Instagram saying, “Got myself a fiance just before the new year. We are very happy and in love and our cats are chuffed as well”.

The Forever Love in this Photograph

Featured on the lyrics of the song “Perfect” describes their relationship perfectly. “ We were just kids when we fell in love, not knowing what it was, I will not give you up this time”.

The music inspiration behind the famous song “Photograph” tied the knot in 2018 and became husband and wife officially. The wedding ceremony was an intimate event with barely 40 guests and media coverage under the wraps.

However, the couple got public around 9 months later saying “I do” the couple hosted a traditional carnival-inspired wedding celebration with the A-listers from across the globe that included two royal members as well.

In August 2020, Cherry Seaborn welcomed her first child with Ed Sheeran. They both were blessed with a baby girl called Lyra Antarctica Seaborn Sheeran.

Ed announced the news with a beautiful post on his Instagram saying, “ Last week, with the help of an amazing delivery team, Cherry gave birth to our beautiful and healthy daughter”.

“We are completely in love with her. Both mum and baby are doing amazing and we are on cloud nine over here”.

A perfect love story of a couple who inspired us to get a perfect one like them in our lives.