British actor Matt Smith has already left all his fans stunned with his performance in the premiere episode of HBO Max’s series House of the Dragon. He plays the role of Prince Daemon Targaryen in the prequel series of the hit show Game of Thrones.

Throughout the course of his career, Matt has been linked to many popular faces from Hollywood. It seems like Matt Smith is in a happy space in his personal as well as professional life at the moment. Continue reading further to know more about the love life of the Hollywood actor. What does Caroline Brady do for a living?

For those of you who are unaware, let us tell you Matt’s rumored girlfriend Caroline Brady is an investment banker by profession. As per reports, she is a vice president of Active Equity Impact Investing at bankers Black Rock.

Caroline might not be from the world of entertainment, but her sister Millie Brady is. According to the Mail on Sunday’s Reports, Caroline is the sister of The Queen’s Gambit star Millie Brady, who is said to be a former flame of the As It Was singer Harry Styles. 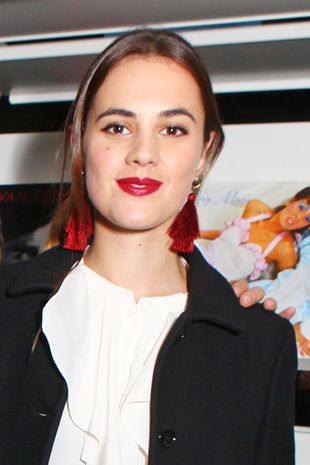 When did Matt Smith and Caroline Brady meet each other?

So far, it is not known exactly when Matt Smith and Caroline Brady crossed paths for the first time but a close source previously told Mail that Caroline and Matt may have met through Millie.

The source told the media outlet, “Last month, Millie’s friends were saying excitedly that her sister is seeing Matt Smith.” However, Caroline and her sister Millie are from completely different fields. Millie is an actress meanwhile her sister Caroline is a financier. As of now, neither Matt Smith nor Caroline Brady has made any official comment on the relationship rumors that have been swirling in the air for a while now.

Yes, you read that right. In the past, Matt Smith dated Pam and Tommy actress Lily James for a couple of years. The duo was in a relationship from the year 2014 to 2019. As per the reports, the two of them dated on and off from 2014 to 2019.

It has been stated that Smith and Lily met each other for the first time on the sets of the movie Pride and Prejudice and Zombies in the year 2014 and shortly soon they began dating. They sparked romance rumors during the same year when they were spotted together at the Cannes Film Festival. 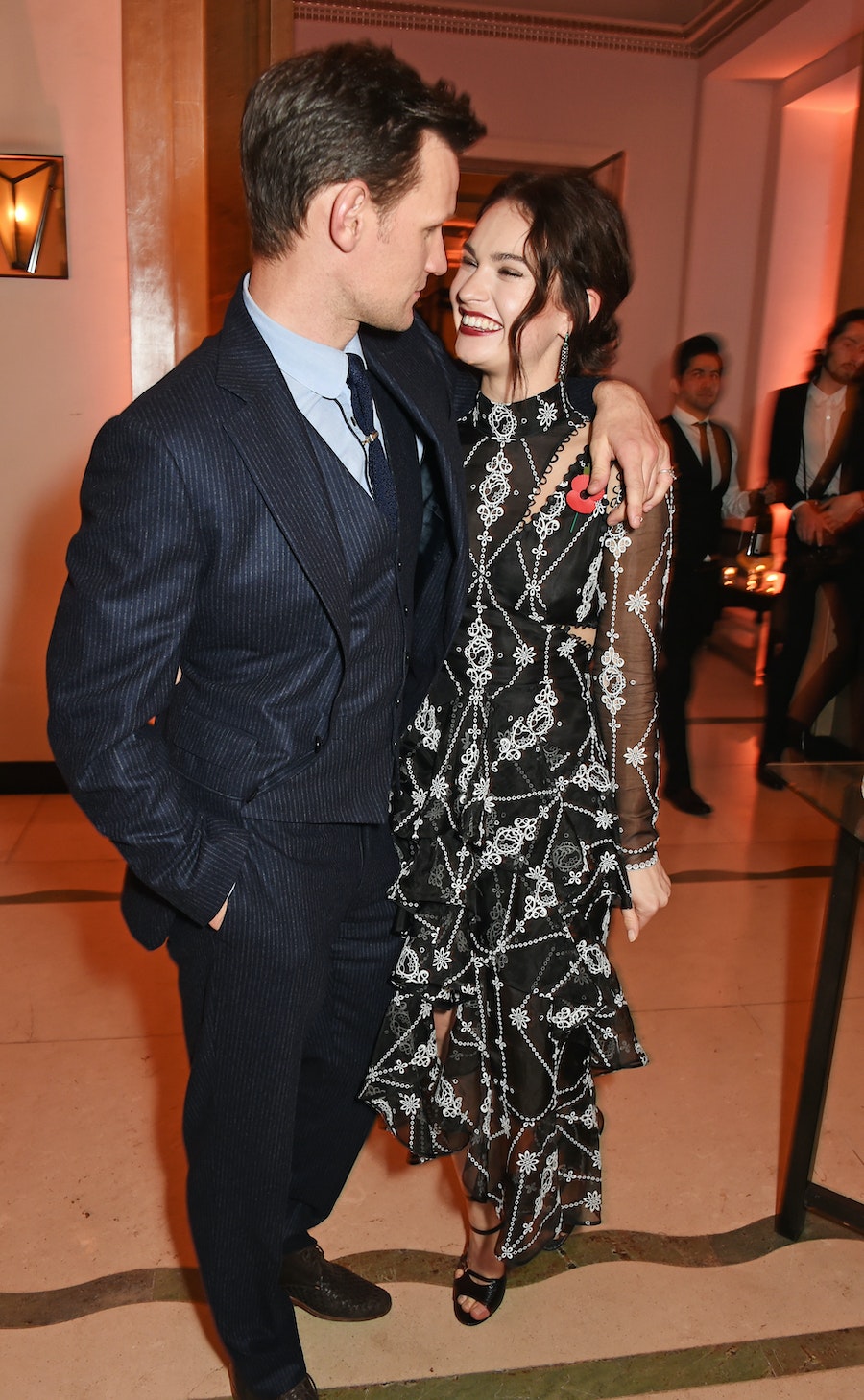 In a 2015 interview with InStyle, the Mamma Mia! Here We Go Again star talked about love and why she avoided talking about her love life in public and she said, “In regards to your love life, you’re just entering into a whole [world] of pain if you talk about it. If you’ve never said anything, there are no sound bites to haunt you when you’re crying into a box of Kleenex after it all goes wrong.”

Lily and Matt made their red carpet debut as a couple at the premiere of Cinderella, in which Lily essayed the role of the ultimate Disney princess. The two of them even attended Met Gala in May 2017 as guests of Burberry’s Christopher Bailey. It was reported by Grazia, that Lily and Smith called it quits by the end of 2019. At that point, a close pal of the pair said, “Lily and Matt were a picture-perfect couple for years but there are just some differences they haven’t been able to get past. They have gone back and forth this year trying to sort things out between them because they both have so much love for each other.”

The pal further added, “But unfortunately it just isn’t working and they have mutually decided to just close this chapter of their lives. They adore each other and want to stay friends but as far as their romance goes, she has told ­everyone it’s over for good. Now Lily just wants to find a normal guy who’s not in the spotlight because she found it quite tough being with another celebrity.”

Who did Matt Smith date before Lily?

Before being romantically linked to the What’s Love Got to Do with It? star Lily James, Matt was in a relationship with British model and actress Daisy Lowe. The two of them dated each other from the year 2010 to 2014.

Matt and Daisy also had an on-off relationship. As per the reports, Matt pulled the plug on their relationship due to busy working schedules. Before Daisy, Smith dated Brazilian star, Mayana Moura. The Doctor Who star briefly dated the Brazilian actress and former model Mayana Moura from 2008 to 2009. The distance between the two of them allegedly ended their relationship. Then, a source told Insider, “Matt and Mayana adore each other, but the timing was not right and the relationship just ran its course.”

Matt Smith would love to have a family someday

During an interview with Esquire, the Last Night in Soho actor spilled the beans on his personal life and he stated he would love to have a family one day. He said, “I do think that’s what life is all about in the end. Children. Making a family. You know, when you’re dead, and you’re on the slab, that’s what’ll count.” In an interaction with Rolling Stone, Matt Smith was questioned about his job as an actor and the scrutiny that comes along with it that makes the family side of his life a bit difficult. Then, he told the media outlet, “I don’t know, because… that’s what I know. It’s just my life.”

Do you ship Matt Smith and his girlfriend Caroline Brady as a couple? Kindly drop your thoughts on the two of them in the comments section below. Don’t forget to stay tuned with us for the latest updates from the world of showbiz.