Lori Loughlin has officially made her return to the red carpet since the 2019 college admissions scandal at the DesignCare 2022 Gala on June 18. Continue reading to know more about her latest appearance. Recently, the Fuller House star attended the DesignCare 2022 Gala in Los Angeles on June 18, 2022. As per the website of the event, it was established by actress Holly Robinson Peete and NFL quarterback Rodney Peete and it benefits HollyRod Foundation.

The main aim of the event is to provide “compassionate care to those living with autism and Parkinson’s disease.” In the pictures that have surfaced on the internet, we can Lori smiling ear to ear. She wore a cerulean blue, long-sleeved dress for the big event. She topped off her look with a simple silver clutch, earrings, a bracelet, and matching heels. Since being released from jail in December of 2020, Lori has tried her best to stay away from the spotlight. Not long ago, she was spotted at Kris Jenner’s Galentine’s Day celebration that took place in February. Others who also attended Jenner’s celebration are Kym Douglas, Corey Gamble, and Tammy Gustavson.

For those of you who are unversed, let us tell you Lori and her husband Mossimo Giannulli were found to be guilty of the conspiracy charges after they allegedly paid for their two daughters Olivia Jade who is 22 years old, and Isabella Rose who is 23 years old to get admission in the University of Southern California as part of its crew team, even though they were not rowers.

After a while, the American actress was sentenced to two months in prison. When we talk about her husband Mossimo, he completed his term sentence of five months before getting released in April of 2021. 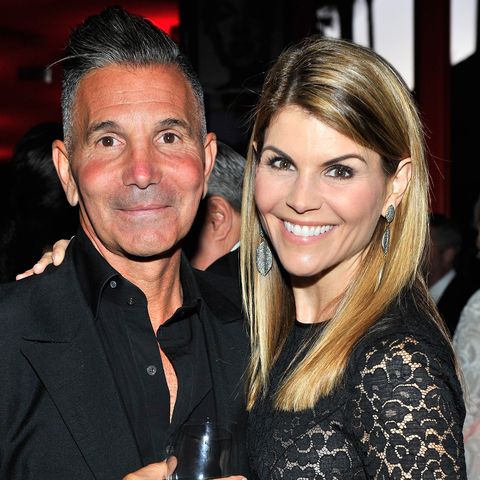 Due to the entire cheating scheme incident, Lori was not able to shoot for season 5 of Fuller House and she ended up breaking her ties with the Hallmark Channel. She made her acting comeback on the screen last year in December with the When Calls the Heart spin-off series When Hope Calls.

Lori’s daughters supported her through her bad phase

While speaking on the Olivia’s Conversations With Olivia Jade podcast last November, both daughters of Lori came to her defense. Her youngest daughter Olivia described her mom Lori as “the most incredible mother in the world” and said that she felt frustrated by the media’s depiction of her mom. Olivia continued, “I think that was really hard for me. It was frustrating and it caused a lot of like, anger within me when I would read stuff about her.” On the other hand, her elder sister Bella further added, “I don’t think one person who’s ever worked with Mom can say something bad about her because she’s genuinely the nicest person alive.”

Are you happy to see Lori Loughlin back in the spotlight? Kindly let us know your thoughts in the comments section below. Don’t forget to stay tuned with us for the latest updates from the world of showbiz.