The Parent Trap star Lindsay Lohan has dated a few popular faces from Hollywood over the years. Keep scrolling to know everything about the love life of the American actress. 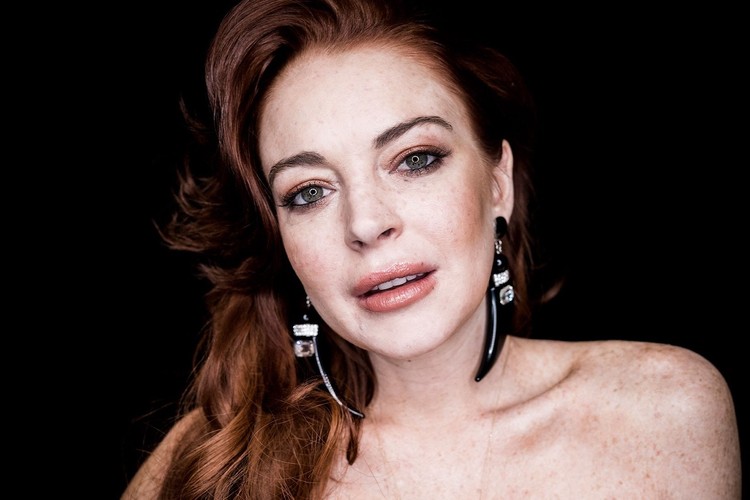 Lindsay has dated several known faces in the past

During her early Disney days, the 35-year-old was rumored to be dating rock star Aaron Carter and then she moved on with That 70’s Show alum Wilder Valderrama.

Later on, Lohan sparked dating rumors with English DJ Samantha Ronson. The relationship of these two-faced a lot of scrutiny. During an interview with Us Weekly, Lindsay even talked about an incident that took place when people got to know that she was dating a woman. The former child star told the media outlet, “I was bold enough to say, ‘Yeah, I like a girl. And?’ That put [Ronson] in a situation where she was being attacked every day. That’s not fair. … And what am I left with? Heartbreak.”

Lindsay further added, “I needed to love myself before I could be with anyone. And I was going through a lot. Two toxic people cannot be together. End of story.”

What did Lindsay have to say about her relationship with Ronson?

In January of 2018, during a sit-down interview with Howard Stern on The Howard Stern Show, the Mean Girls alum spilled the beans on her romance with Samantha Ronson. The former couple split up in the year 2009.

At that time, Lohan stated that she discussed her relationship with Ronson on her MTV series, Lindsay Lohan’s Beach Club. She told Howard, “I talk about that on the show. We’re friends. We were more friends than anything.” 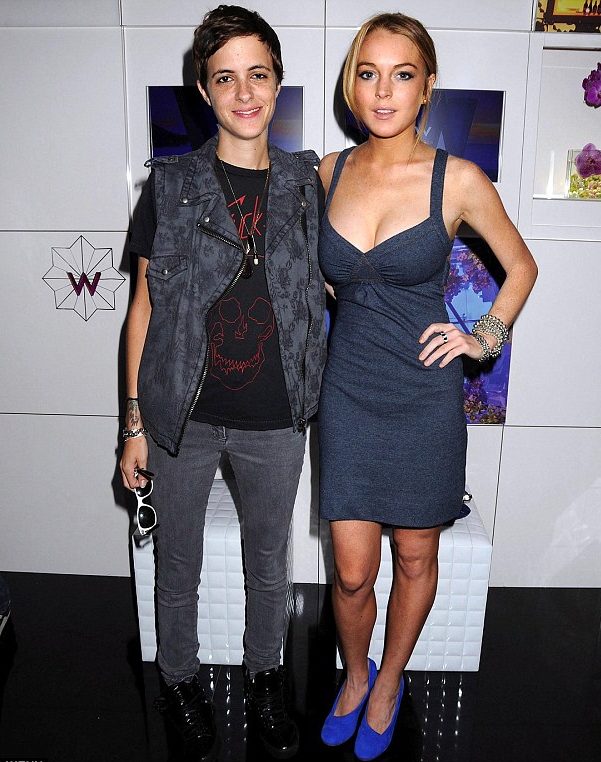 The dating rumors of I’m All About You singer and the actress began swirling in the air around the year 2003. He started seeing Lohan after dating Hilary Duff for one and a half years. During an earlier interaction, he said, “I just got a little bored [with Duff], so I went and I started getting to know Lindsay, dating Lindsay.” The fairytale romance of Lindsay and Wilmer goes way back to 2004. At the time, she was just 18 years old. Their relationship was a short-lived one as it lasted only for a few months.

During an interaction with People, Lohan talked about Wilmer and she said, He is a great guy. Seriously, I think he’s one of the best guys any girl could be with. He’s really sweet. It’s very fun.” In August of 2004, Valderrama told People, that he and Lindsay tried to keep their relationship more under wraps because it is “a lot more meaningful that way.” They ended up going their separate ways in November but continued to be friends.

Wilmer got engaged to Amanda Pacheco in January of 2020. The pair announced they were expecting their first child in December. He and his fiancée welcomed their first baby, a daughter named Nakano Oceana in February 2021.

Logan dated the restaurateur Harry Morton in the year 2006. The two of them met for the first time at her 20th birthday party that took place in July. At the start of their relationship, a source told People, “They get along great and have a lot in common.”

As per the reports, the couple split up in late September. A source close to Mortan told the publication the split might have been because Lohan was “too much drama.” At that time, the source said, “Lindsay did cut down on the partying, but with her it’s all relative. Harry is sober. It wasn’t the partying that broke them up. Harry’s more low-key and not into the same stuff she’s into.”

Sadly, Harry passed away in November of 2018 at the age of 38. To pay a tribute to him, Lohan posted a throwback picture of the duo on the social media platform Instagram. “Best friends. Best life”, she captioned the post.

Lindsay’s relationship with English DJ Samantha was an on-again, off-again kind of relationship. The two broke up in 2009. In an interview in 2019, Lohan stated that she and Ronson were now on good terms and said, “They were always more friends than anything.” Nico and Lindsay had been friends for a long time before they sparked dating rumors. Her longtime friend popped the question to her in 2013. Around the time, she put up a photo of the Younger actor on one knee on Instagram. She jokingly added it was her first proposal.

Later on, in the 2019 episode of Lindsay Lohan’s Beach Club, she talked about her engagement to Nico and said, “Loyalty is really important to me. I’ve lost a lot of friends in my life from being, you know, unloyal to me. If you lie to me once, I will never trust you again. But that’s why Nico was really special to me. I think he’s a great guy. I think he’s very respectful.” 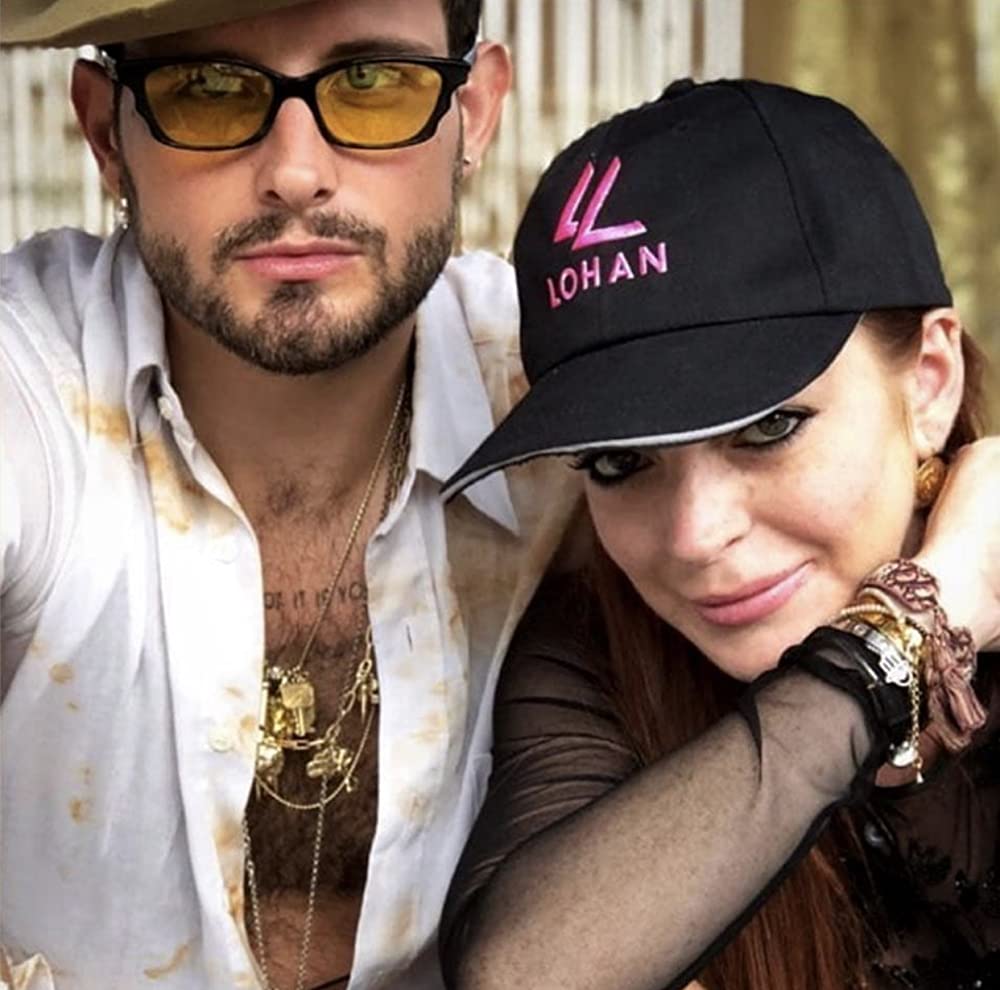 In the past, Tortorella struggled with addiction and he has openly talked about it. In September on the Call Her Daddy podcast he said that the proposal came when he was at a dark point in his life. He further said of Lohan, “I love her dearly.”

Lindsay and Egor’s relationship escalated quickly and they were engaged but they called it quits in 2016 after a clip of the pair in a physical altercation surfaced on the internet.

That August, during an interaction with Daily Mail, Lohan spilled the beans on the ending of her romance with Tarabasov. She said she “wanted to make things work, but now I’m not sure that I can.” Lohan went on to discuss the pair’s troubled relationship and she added, “I genuinely fell in love with him but he broke my trust and made me feel unsafe. I know I’m not an angel but I’ve tried to fix things.”

The Just My Luck star continued, “It’s down to him now. I had suggested we go for couples’ counseling but there comes a time when I have to put myself first, my family, and also think about my career which I’ve worked so hard for. I also don’t want to let my fans down by not being the strong woman I have become.”

Lindsay sparked romance rumors with Bader Shammas in February of 2020. In a now-deleted photo from a music festival in Dubai, she subtly mentioned her boyfriend in the caption of the post.

At that time she wrote, “@aliana lovely night with sister and my boyfriend bader. such a magical night.” In November of 2020, Lindsay revealed that she and Bader are engaged. It seems like Lindsay Lohan has finally found the love of her life. We wish her nothing but lots of love and light for the times to come. Don’t forget to stay tuned with us for the latest updates from the world of showbiz.