Is Kourtney Kardashian pregnant and expecting baby no.4 with her musician husband Travis Barker? Keep scrolling further to figure out whether the former Keeping Up With The Kardashians star is preggers or not.

At the moment, all the fans of the Kardashian-Jenner clan are pretty much convinced that Kourtney is expecting fourth baby with husband Travis Barker. She is already a doting mom to her three kids, Mason, Penelope, and Reign, whom she shares with her ex Scott Disick. The Kardashians star sparked pregnancy rumors after posting a picture of herself holding her stomach in a mirror selfie on the social media platform Instagram. On Saturday, she shared a couple of bikini pictures from a photoshoot for her new brand Lemme.

“a little bts from my @lemme campaign shoot,” she wrote alongside the slideshow of pictures. In one picture from the photoshoot, Kourtney can be seen holding her lower belly and that led to the pregnancy rumors of the reality TV star.

Kourtney’s photo led fans to think that she is pregnant

The fans are convinced that the Poosh founder is expecting her fourth baby with husband Travis Barker. As soon as Kourtney dropped the series of pictures on Instagram, they started expressing their thoughts in the comments section of the post.

One fan wrote, “Stop because I thought she was holding a baby bump,” meanwhile another social media user asked Kourtney, “Why r u holding ur belly? Love the figure but inquiring minds r curious

Followed by a fan who penned, “Pregnant with Travis’s baby?

my fave kardashian!” A user went on to say, “Is she Pregnant??????” Another one chimed in and added, “girl I thought she was pregnant too based on her hand placement on her stomach.” 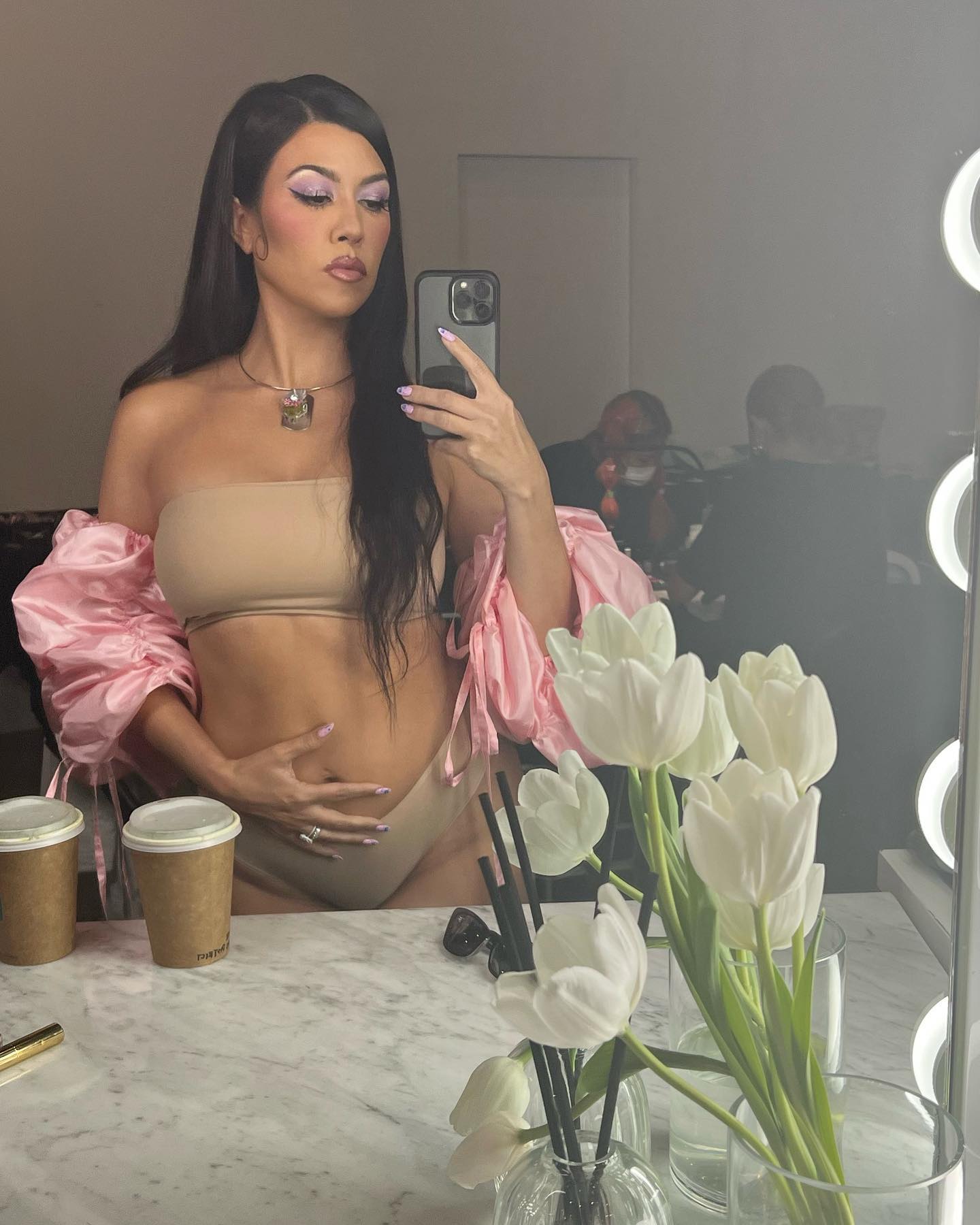 Some fans thought that Kourtney had a bun in the oven, on the other hand, a couple of fans couldn’t stop gushing over Kardashian for showing off her real body in the times, where most celebs including Kardashians prefer to photoshop their pictures.

One fan wrote, “Real body! So refreshing 🔥😍.” Another user added, “THE NATURAL BODY

.”  A user commented, “How annoying that she shares a untouched picture which is actually beautiful and everyone keeps saying she is pregnant, could you imagine how that would feel if it happened to you.”

,” meanwhile a user expressed their happiness on Kourtney sharing an untouched picture and wrote, “happy that you share realistic photo’s [sic] of your body

These were a few reactions of the fans to Kourtney’s picture that sparked pregnancy rumors.

Kourtney and Travis have openly talked about their IVF journey

The Kourtney and Khloé Take Miami star and her blink-182 drummer husband have not been shy about sharing their journey to try and have a baby of their own. However, recently Kardashian shared that she put a pause on IVF.

During an interaction with WSJ magazine, Kourtney said, “We started an IVF journey, but I stopped. It was a lot. I took a break to just focus on our wedding and getting married.” Do you think Kourtney Kardashian is pregnant? Kindly let us know your thoughts in the comments section below. Don’t forget to stay tuned with us for the latest updates from the world of showbiz.