While Kelly Ripa’s controversial story in her debut book “Live Wire: Long-Winded Short Stories” continues to make headlines for all wrong and sassy reasons, the 51-year-old American actress came forward to explain why she exactly passed out while making love to her husband, Mark Consuelos.

The 51-year-old actress also revealed the inspiration behind the cover of her book. The recently launched book delves into some funky stories from her personal life and how it speaks loud about endurance in every aspect of your life.

The Inspiration Behind Live Wire’s Cover… 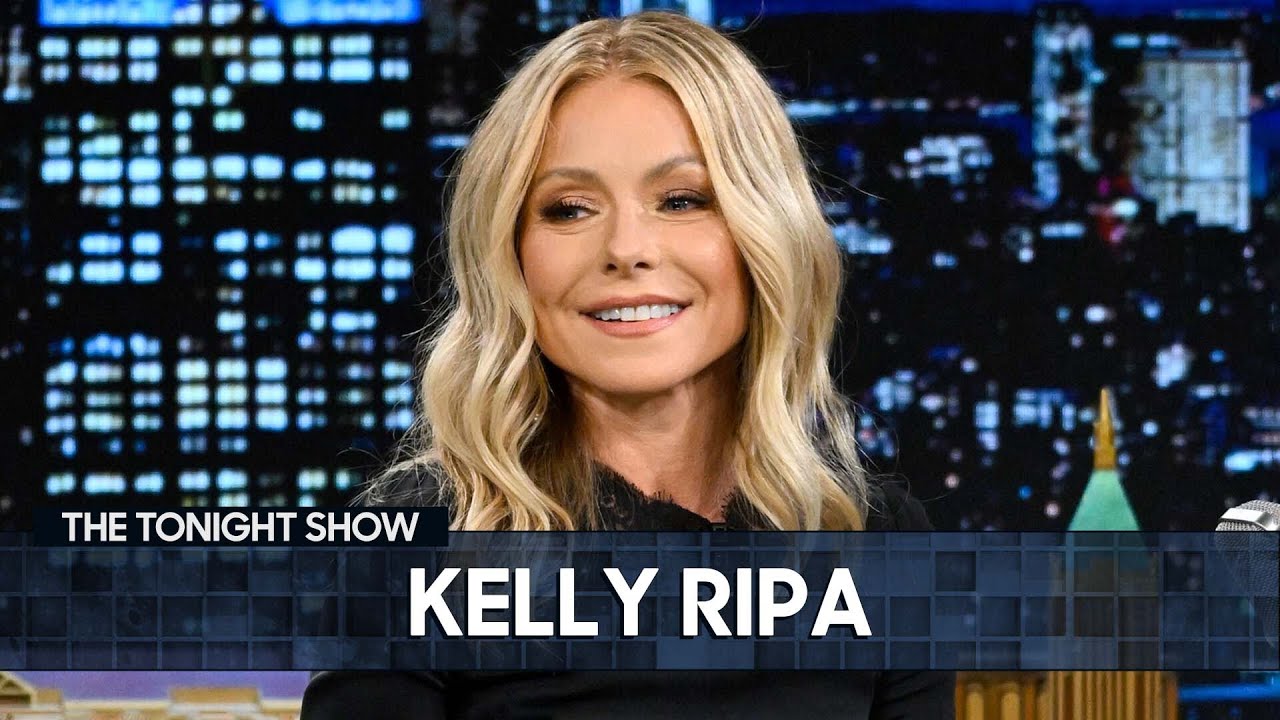 On her appearance on “The Tonight Show”, Kelly Ripa and Jimmy Fallon recalled dancing together at parties. Jimmy congratulated the 51-year-old actress on her debut book “Live Wire: Long-Winded Short Stories”. FYI, the book is out on bookshelves and delves into her personal life. She’s spent 14 years mining stories from her personal life, one being “Don’t Let Your Husband Pick Your Death Clothes,”  which has been getting a lot of advance press, for all the wrong reasons. Kelly Ripa is best known for her roles including Hayley Vaughan on All My Children.

As Jimmy complimented Kelly for the book’s cover, an excited Kelly revealed that she picked the cover photo. She said, “This is my demented brain, but tell me this is not the genius marketing strategy.” “I thought people might think this is Sarah Jessica Parker,” joking that people might think this is a book about “Sex and the City”, and accidentally buy it. She asked the audience, “Tell me is that not a great strategy?” 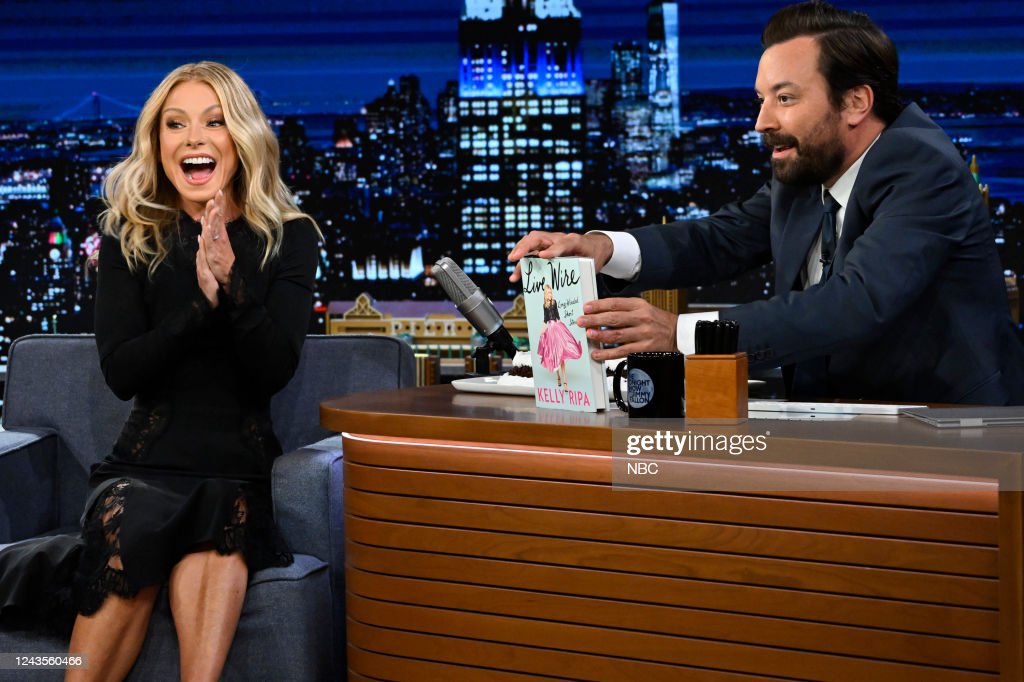 Well, the book cover is really catchy and “it pops”. Jimmy revealed that he really likes the honesty in the book, and the caption “Long-Winded Short Stories”. Kelly revealed that, believe it or not, they cut down 200 pages from the book. “It was a lot harder than I thought, I thought because I read books, that I could somehow write them, ” she added. But spoiler alert! “They’re real, real different!”

FYI, the publisher asked Kelly, if she needs a ghostwriter, but she straightway said no, because she had spent so much time mining all these wonderful stories and wanted to do it on her own. She revealed that she had to google thousand times, how to use a colon, how to use a semicolon, and she still doesn’t know.

Why Did Kelly Pass Out During Sex With Mark? 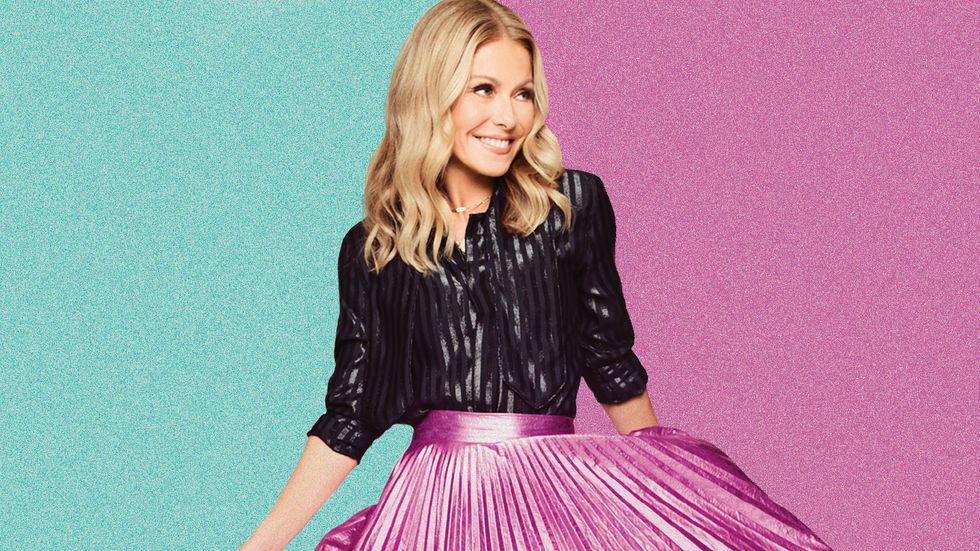 Jimmy revealed that a couple of stories from the book have already made headlines. He revealed that one story, in particular, is about her husband, Mark Consuelos. Jimmy hesitated, and said, “mm…having intercourse”. Kelly openly stated, “It’s very…it sounds so gross and salacious. And it is all of those things.” She continued, “But at the heart of it, it’s about–We just had a baby, and I think that lot of women that just had babies, are never quite sure about what goes wherever again.”

While the story sounds salacious, she did keep an important point by mentioning that women who just had a baby don’t know “how it’s going to work or will it ever feel normal?” She revealed that she was one of those women, and unfortunately for her poor husband, Mark Consuelos, who is a great hero in this story…” She joked that that’s why he’s been promoting her book so much.

She continued with her story by adding, “I had–sorry everyone if you’re having your dessert right now, but I had an ovarian cyst, I didn’t know I had an ovarian cyst.” So what exactly happened was that during the love-making, she jumped off, fell and hit her head. Her husband did not know what to do and panicked.

Now if you don’t know, this story has been making headlines for all the wrong reasons. Jimmy revealed that some outlets have written that Mark was so good in bed, that Kelly passed out. Well, without answering that, Kelly revealed that she had to be rushed to the hospital because she fell and hit her head. “He calls 911, dressed me up incredibly badly,” she stated while controlling her laughter.

The Book Is A “Labor Of Love” 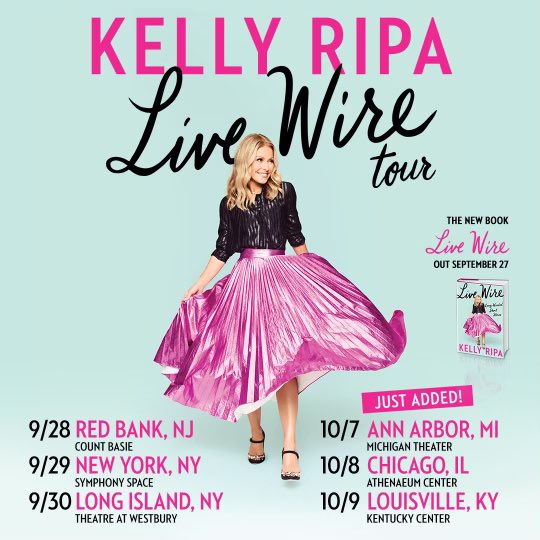 The best part of the story comes when Kelly reveals that he dressed her up into a Capezio ballet leotard even though she had a full closet of sweatpants and T-shirts around. After that, Mark puts on his side-snap soccer pants. He didn’t stop there, he even made her wear patent-leather red Manolo Blahnik platform heels. She was put in the back of the ambulance like that. She joked, “the paramedics were like, a prostitute has died…we don’t know.” Well, that was one of the titles of the book initially.

While joking further about her book, Kelly Ripa explained, “If you like stories about sex and romance…” Jimmy interrupted and said, “No it’s also family stories, but also about your career getting started.” On a serious note, this book is a “Labour Of Love” for Kelly. She said, “I keep saying it’s like giving birth, but nobody offers you any painkillers during any time of the process…of writing a book.” 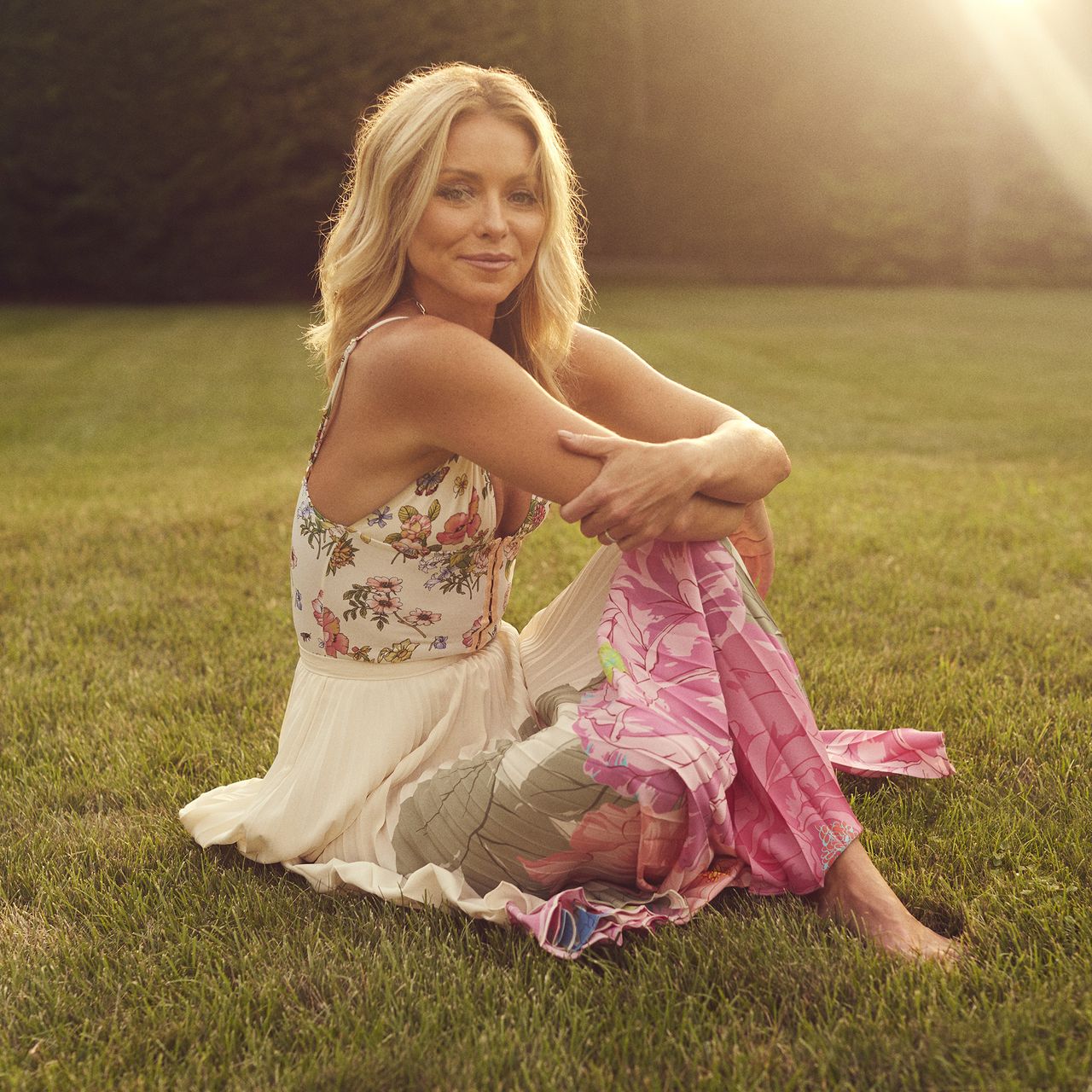