Katey Sagal is most noted for her role as Peggy Bundy in Married With Children. Apart from this, she has also starred in some popular shows like Brooklyn Nine-Nine, Shameless, This Is Us, and The Big Bang Theory among many others.

As an actress, Sagal has gained a lot of name, fame, and success over the years but when we talk about her personal life, it has not been an easy one. She has gone through three failed marriages. And finally, she found her soulmate in Kurt Sutter. Continue reading further to learn more about their relationship. 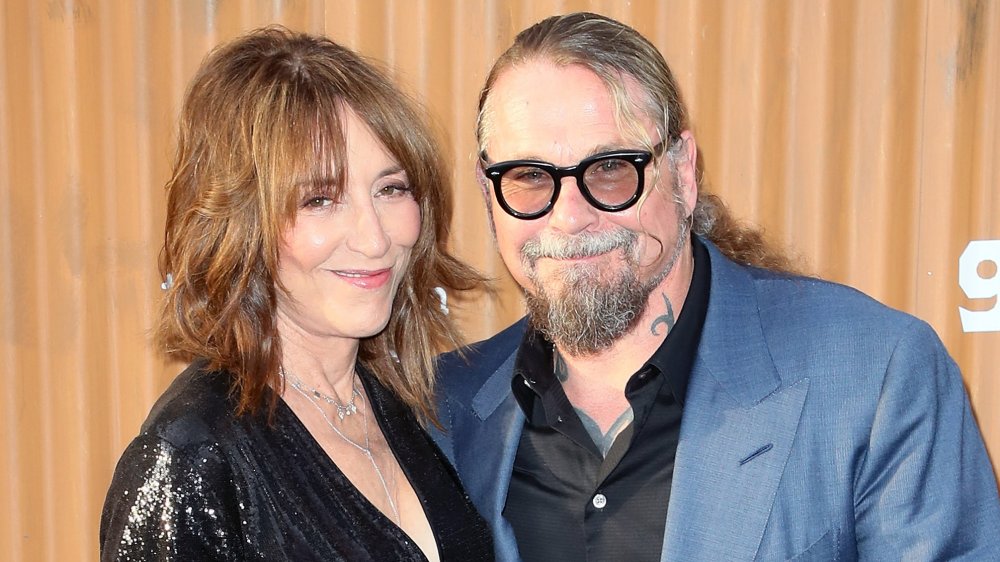 For those of you who are unversed, let us tell you before meeting Kurt Sutter, Katey Sagal had been married thrice. At first, she got hitched to musician Freddie Beckmeier from 1978 to 1981 and then to Fred Lombardo from 1986 to 1989, and to Jack White from 1993 to 2000.

The 8 Simple Rules for Dating My Teenage Daughter star met Kurt Sutter after her split from Jack White. These two were introduced to each other by a mutual friend. Katey got married to writer and producer Kurt Sutter in the year 2004. Yes, you read that right. The Sons of Anarchy star met Kurt Sutter for the first time in the early 2000s via a mutual friend. In a 2009 interview with E! News, Katey spilled the beans on the pair’s first meeting.

At that time, Sagal told the media outlet, “We were introduced through a mutual friend, and he asked me if I would have coffee with him sometime, and I said yes.” The couple’s first date took place after a couple of months as Katey was busy with her two kids. 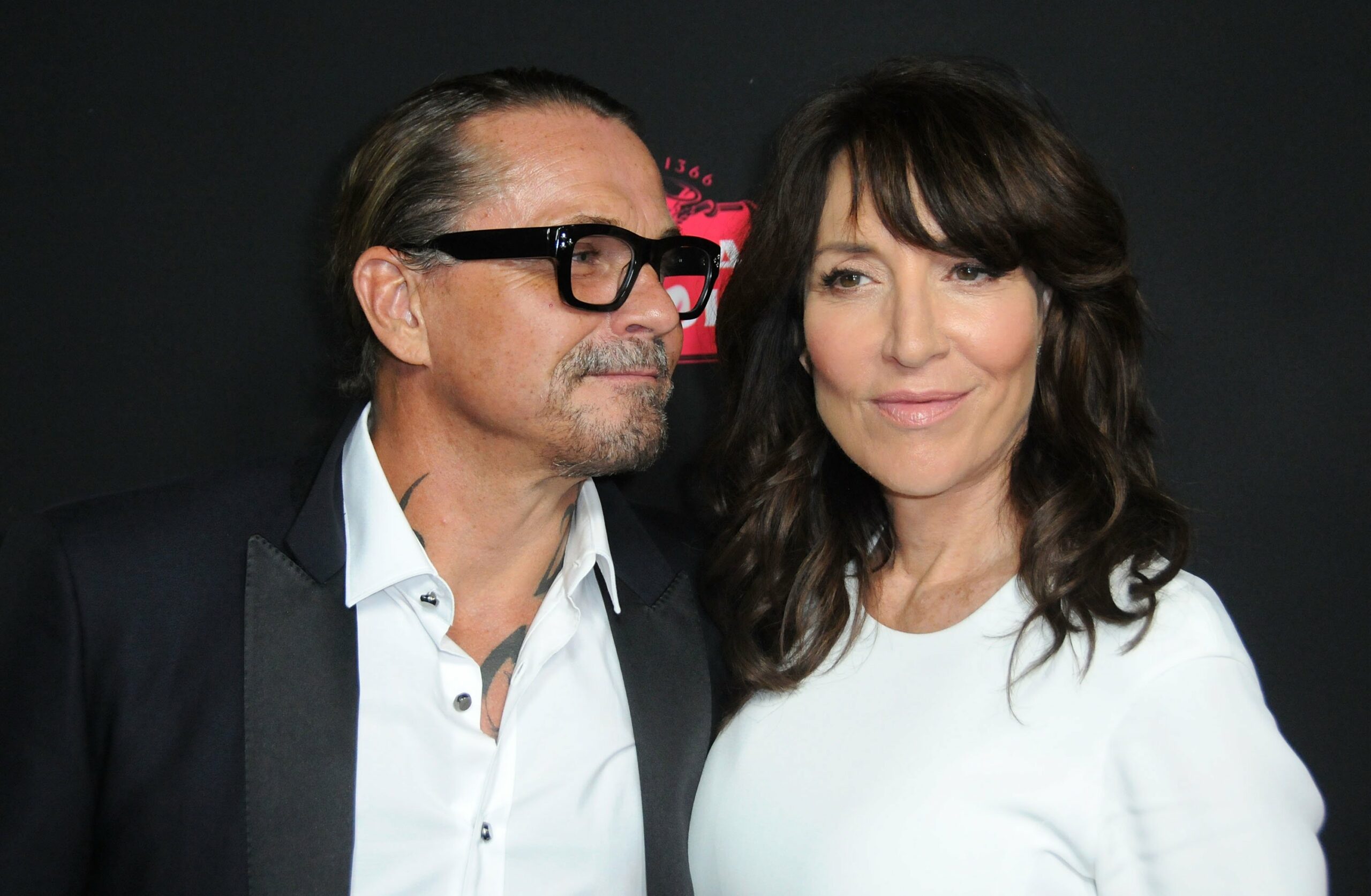 Katey further added, “And then I was kind of was out of touch because I had my little kids and was running around with my children. And then he called me like a couple of months later and asked me to coffee, and we went and kind of never left each other after that.”

Katey Sagal and Kurt Sutter got married in October 2004

Katey and Kurt exchanged their vows in a private ceremony on October 2, 2004, that took place at their beautiful home in the Los Angeles neighborhood of Los Feliz and these two lovebirds have been together ever since then.

After marrying Katey, Kurt became the stepdad of her two kids. Sagal gave birth to her first child, daughter Sarah Grace in November 1994. Her second child, son Jackson James joined her earthside in March 1996. Sarah and Jackson followed in the footsteps of their starlet mom and decided to become actors. Sarah made her acting debut with the show Sons of Anarchy in 2011, on the other hand, Jackson made his debut with SPF-18 in 2017. Later on, in a media interaction, Katey confessed that she was very protective of her children when Kurt met them. During the course of their relationship, Sutter was able to win over the hearts of her two kids as well.

In an interview with NPR, the Bleed for This star said, “If you asked [Sutter], what he would tell you probably is when he came into my life, I already had two children, and he’s their stepparent, and I was very protective of my children. He hadn’t been around that kind of energy quite so much.” 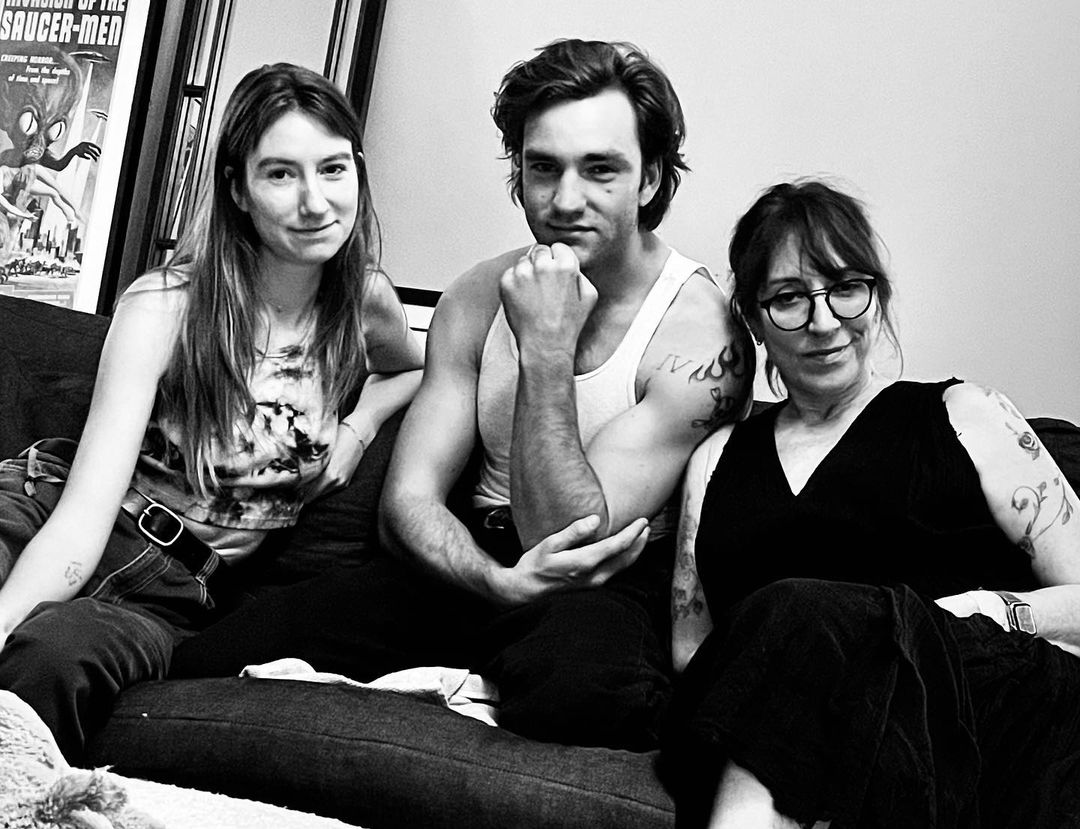 Katey Sagal had some medical issues after the birth of her two eldest kids, so unfortunately she couldn’t carry another child. When Katey Sagal tied the knot with Kurt Sutter, she was 50 years old and she had two kids from her previous marriages. In 2017, Sagal told People magazine that the pair was first reluctant to have a child.

During a 2017 interview with People magazine, Katey stated “When Kurt and I first got together, he wasn’t interested in having any more children. He was happy being the stepparent to Sarah and Jackson. But he’d never had his own biological children, so about five years into the relationship we started toying with the idea of maybe we should raise a child together.” 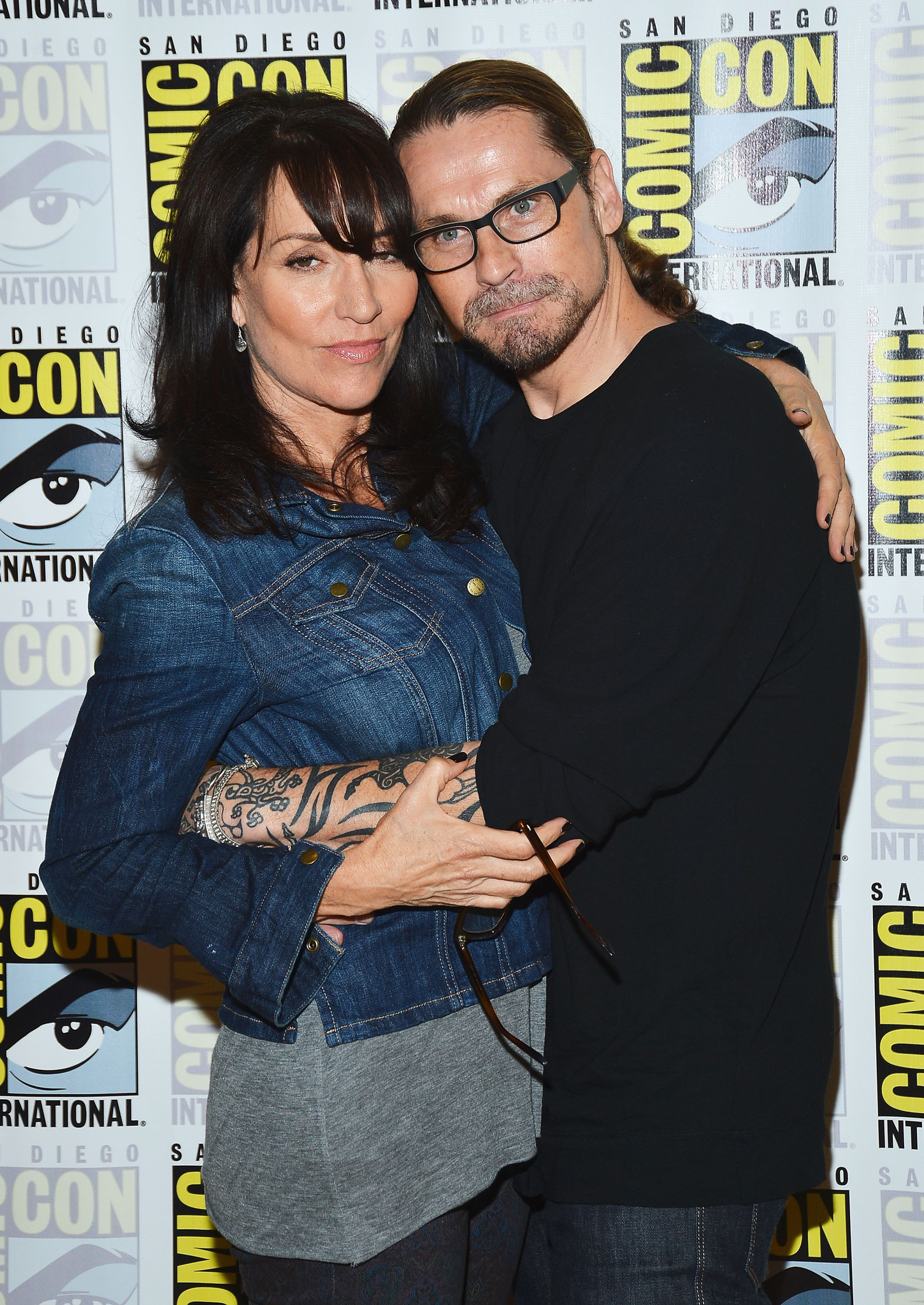 Then, one day Katey and Kurt decided that they want to have a child. So, the couple began exploring different options as Katey couldn’t carry another baby. They pondered over the options of surrogacy and adoption.

It has been reported that Sagal and Sutter were not specifically inclined towards one of the two options. The pair was willing to go for the option that happened first. Soon afterward, they went for the option of surrogacy. The surrogacy option just made more sense to the couple and things fell in place for them.

Katey and Kurt’s only child, daughter Esmé Louise, was born on January 10, 2007. Both Sagal and Sutter were present at the hospital for the birth of their child. 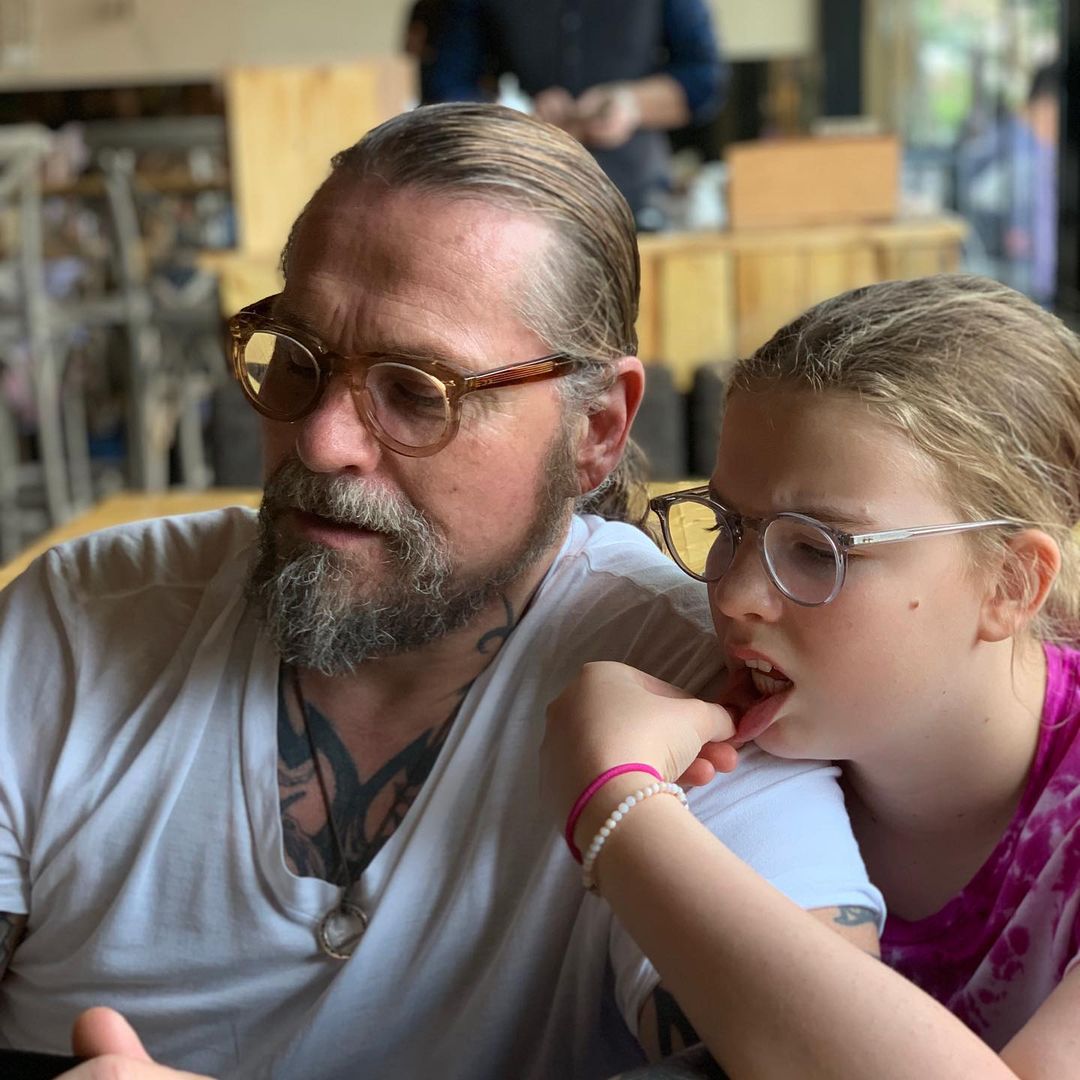 Who are Katey Sagal’s ex-husbands?

Before finding her perfect match in Kurt Sutton, Katey had gone through three failed marriages and none of her first three marriages lasted for more than 10 years.

At first, The Good Mother star tied the knot with Freddie Beckmeier, the founder of the Beckmeier Brothers and band member of Full Moon. Katey and Freddie walked down the aisle in 1977 and they got divorced in 1981.

Her second husband, Fred Lombardo was also a musician. Fred and Katey got married in 1986 and parted ways after a few years together in 1989. Nearly a year later, she started dating drummer Jack White. 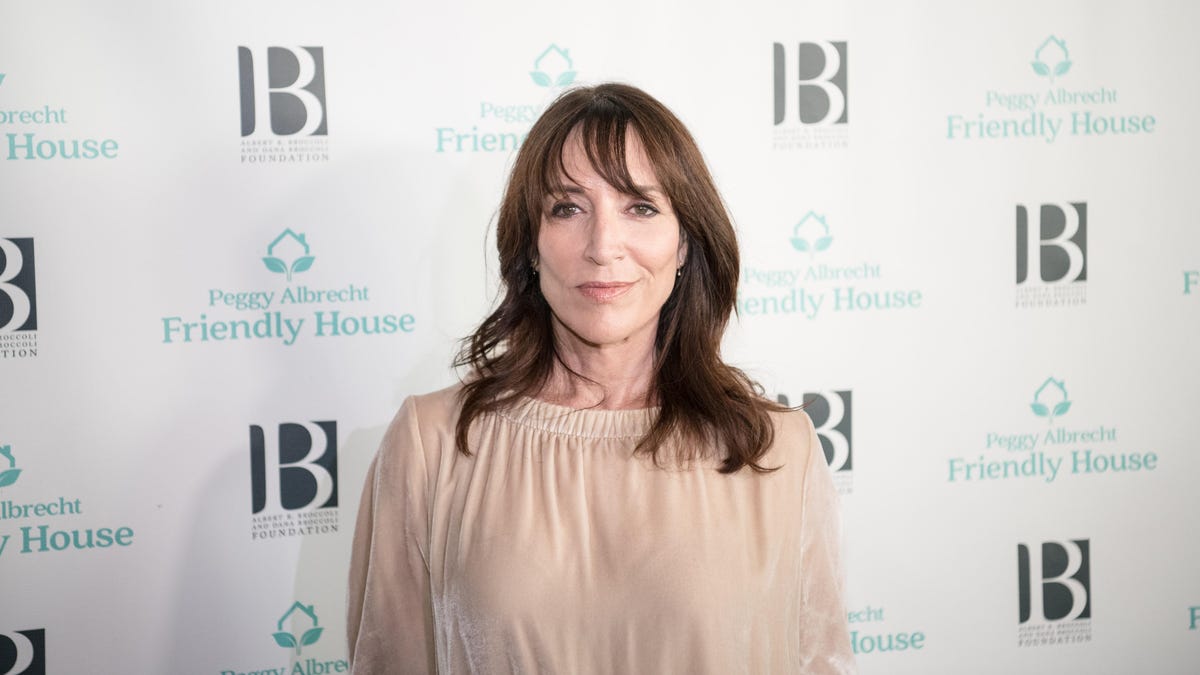 Katey got pregnant in 1991, but the pair’s child, Ruby was stillborn eight months into the pregnancy. It was a tough time for Sagal and White. Katey and Jack got married in 1993. They welcomed two children Sarah and Jackson before getting divorced in 2000.

Isn’t the love story of Katey Sagal and Kurt Sagal the sweetest? Kindly let us know your thoughts in the comments section below. Don’t forget to stay tuned with us for the latest updates from the world of showbiz.