The “Flight Attendant” star Kaley Cuoco leaves the reigns as she finalised her divorce from her equestrian husband Karl Cook, ending four years of marriage. As per the legal documents, the ex-couple’s dissolution of marriage became official on Monday (June 22) when the judgment was filed in Los Angeles Superior Court.

Parted Ways A Year Back… Kaley is officially and legally single! The “8 Simple Rules” star, who is famous for her role in the comedic thriller “The Flight Attendant”, has ended her four years of marriage as she finalises her divorce with her now ex-husband Karl Cook. So yea, the ex-couple’s relationship was as good as watering a dead flower. In September 2021, Cuoco and the professional equestrian announced the split in a joint statement. They said:

“Despite a deep love and respect for one another, we have realized that our current paths have taken us in opposite directions. We have both shared so much of our journey publicly so while we would prefer to keep this aspect of our personal life private, we wanted to be forthcoming in our truth together. There is no anger or animosity, quite the contrary.”

Their statement continued, “We have made this decision together through an immense amount of respect and consideration for one another and request that you do the same in understanding that we will not be sharing any additional details or commenting further.” Cuoco started dating Cook in 2016 and they got engaged on Kaley’s birthday in November 2017. In 2018, the two married at a horse stable near San Diego, California, with close family and friends in attendance. Before this, she was previously married to tennis player Ryan Sweeting from 2013 to 2016. 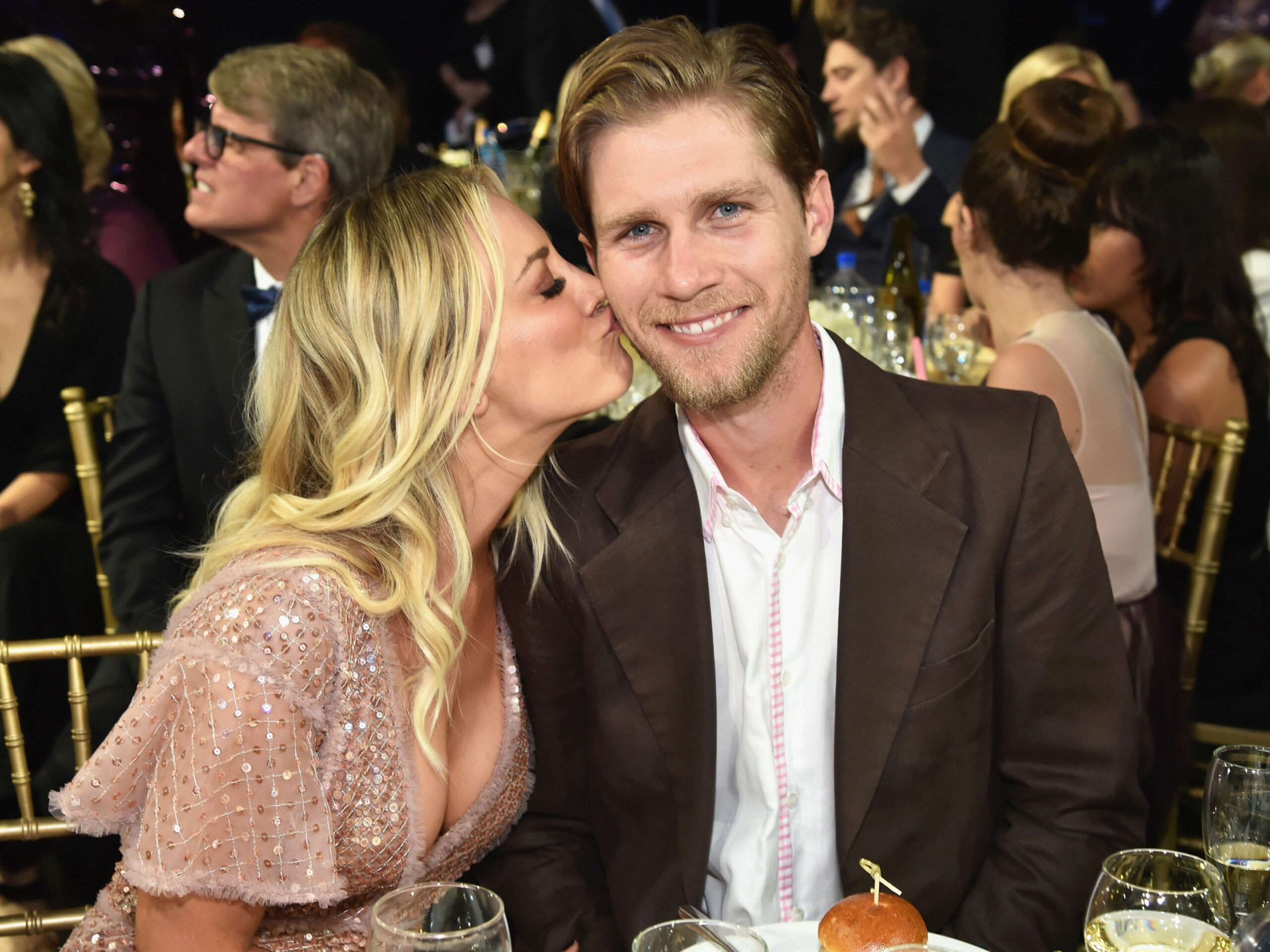 Well, her OG marriage with her professional equestrian husband too went for a toss as she finalised her divorce yesterday. Thankfully, there are no bitter feelings between the two. interestingly, it appears that Kaley has already moved on. She and Ozark‘s Tom Pelphrey confirmed their relationship back in May, and that same month they later made their first public appearance as a couple. In fact, Cuoco’s Flight Attendant co-star and real-life BFF, Zosia Mamet also gave the stamp of approval for her newfound boyfriend. The two have confessed their love publically via Instagram. The 36-year-old star wrote in the caption, “Life lately ♥️🌲 🐾 💫 ‘the sun breaks through the clouds, rays of gold slipping into my eyes and heart, rays of yellow to break the grey.’” Tom shared some Polaroid pics, too, with the long passage that said:

“But nothing can save you. Not your friends, not the best Fred Astaire musical you’ve ever seen- the grace of it, not your mother’s beauty, not a line from a letter you find at the bottom of a drawer, not a magazine or the next day. Nothing can save you. And you stand in the moonlight and sweetness comes off the top of the trees, and the fence around the yard seals you off from the dark and you can’t breathe.” Well, it seems like Kaley and Cook’s journey may have ended but it seems like Kaley has been too quick to recover as she embarks on another journey with Tom Pelphrey. As per sources, they surely look strong together. But again, who knows? Well, Kaley flips too soon. What do you suggest?