Jonathan Knight is a married man now! Not long back, the New Kids on the Block band member revealed that he secretly tied the knot with his fiancé Harley Rodriguez. We are super happy for the two lovebirds.

Continue reading further to learn more about the wedding ceremony of Jonathan Knight and his longtime boyfriend Harley Rodriguez. During an interview with Entertainment Tonight’s Lauren Zima, the Farmhouse Fixer star talked about the HGTV series about the show’s second season and he also spilled the beans on his personal life and went on to say that he secretly married his longtime love, Harley Rodriguez.

Jonathan told the media outlet about the series and said, “It is so exciting. I mean, I’ve been trying to get a show on TV for so many years, and actually, HGTV told me we’re not gonna do the celebrity thing, and I was like, ‘Oh.’ And then a few years later, things change, and they’re like, ‘Yes, this is perfect,’ so it’s been great.” Knight went on to say, “It’s such a passion of mine, fixing up houses. I would post on Instagram pictures of projects I did, and fans would always ask me, ‘What is your other job besides the New Kids?’ and I just think it’s so great to be able to showcase what I do, and people can watch.”

The American singer continued, “I started my career doing new houses and condos, and I just got sick of, like, vinyl-sided houses in subdivisions. And to me, they don’t have as much character as an old house, and history, so, I kinda pulled back from that and teamed up with a friend a mine, and we just started buying all these old houses and just bringing them back to life.”

Most of the time, Jonathan is pretty busy but he is still touring with the New Kids, so it wouldn’t be wrong to say that he is currently living his best life. Jonathan Knight revealed that he has married his fiancé

Jonathan also talked about his personal life with the media outlet, Entertainment Tonight. He also went on to say that he tied the knot with his fiancé Harley Rodriguez. When asked about the ring on his finger, he admitted and replied, “We did.”

Knight continued, “But everybody just assumed we’re married, so, I never say yes or no ’cause I don’t wanna lie.” The couple tied the knot in secret and will soon have a big party to celebrate with their friends and family. 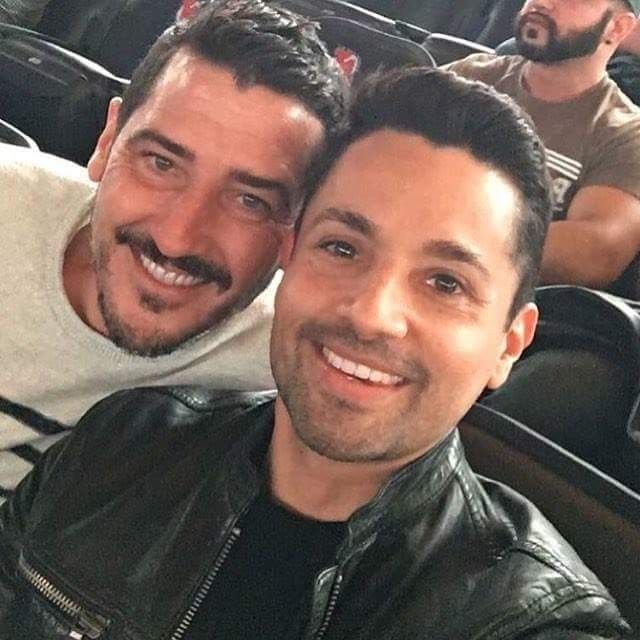 We send our heartiest congratulations to Jonathan Knight and his now-husband Harley Rodriguez as they are all set to embark on a new journey in their lives. Sending them lots of love, light, and laughter. Don’t forget to stay tuned with us for the latest updates from the world of showbiz.