Jesse Rutherford is a singer, songwriter, and actor. He is best known as the lead vocalist of the alternative rock band the Neighbourhood. He rose to prominence in the music industry in the early 2010s.

Since that point on, the musician has been in a few high-profile relationships. At the moment, he is dating the Happier Than Ever singer Billie Eilish. Read on to know more about the previous relationships of Jesse Rutherford. Who has Jesse Rutherford dated in the past?

Over the last couple of years, Jesse has kept his personal life private but that has not stopped him from going public with a few of his romances. He has been linked to Anabel Englund and Devon Lee Carlson.

As per a report by The U.S. Sun, Anabel and Jesse dated on and off back in the day before calling it quits in the year 2014. For those of you who are unaware, let us tell you, Anabel is a singer, songwriter, record producer, and DJ.

Englund was born on September 1, 1992, in New York City. She is most noted by the viewers for her collaborations with electronic and house music artists, such as Hot Natured and MK. 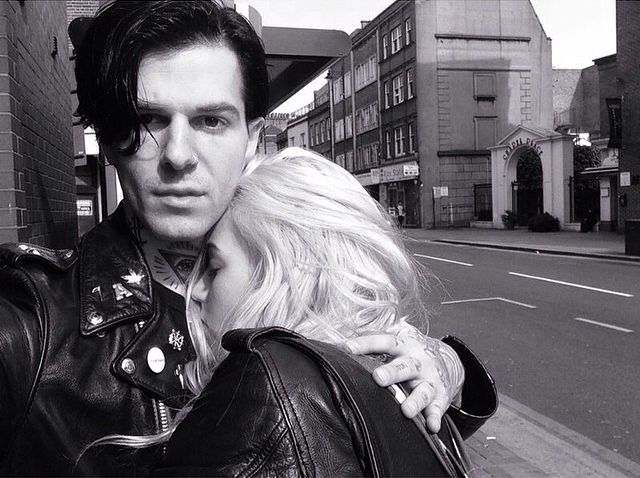 Soon after his split from Anabel Englund, Jesse moved on in his life with Devon Lee Carlson, co-founder of Wildflower Cases. As per various reports, the two of them met each other for the first time in high school but they didn’t start dating until after graduation.

During an earlier interview with V magazine, Devon Lee spilled the beans on her romance with Jesse Rutherford and she said, “I was a freshman and he was a senior, but we grew up in the same town and were friends on Facebook.” Jesse and Carlson began dating in the year 2015. The two of them were meant to be just not meant to last and they pulled the plug on their romance in 2021 after six years of dating.

Yes, you read that right. Currently, the Sweater Weather singer is in a relationship with the I Love You hitmaker Billie Eilish. The pair sparked dating rumors in late 2022 after being snapped out and about in public together several times.

Jesse and Billie have an age gap of a total of 10 years which has become a concern for some of her fans. At this point, Eilish is 21 years old, on the other hand, when we talk about Rutherford, he is 31 years old. One fan of Billie took to Twitter and wrote, “Jesse Rutherford is too old for Billie Eilish and it is made worse by the fact that he met her when she was barely 16.” Another user added, “I’m so devastated. I hope Billie knows what she’s doing.”

Do you think Jesse Rutherford and Billie Eilish are a good match for each other? Kindly let us know your thoughts on the couple in the comments section below. Don’t forget to stay tuned with us for the latest updates from the world of showbiz.