American actress and comedian, Jenny Slate stopped by at “The Kelly Clarkson Show” and except for sharing hugs, she also shared a lot about motherhood, an intimate wedding in the backyard and living in Ben Shattuck’s great-grandmother’s house, which may be haunted. Read on to know all about this fun conversation. Being A Mom And Being Married To Ben

Jenny Slate was congratulated by Kelly Clarkson for becoming a mom and getting married. When asked, “What is it like, married life at your house?”, Jenny replied, “I am a born romantic. I like it. I am very suited to it, I think. She revealed that she got married to Ben on New Year’s eve. Kelly complimented Jenny for her gorgeous engagement ring, saying, “This is just beautiful.”

In response, Jenny revealed that the ring belongs to her husband’s great-grandmother. When told by Kelly that it surely has a story behind it for it looks unique and antique, Jenny Slate joked, “I think there’s some banana bread batter also. It’s the kind of thing where they’re like, Will you marry me? And, you’re like, sure you want to give me that?” 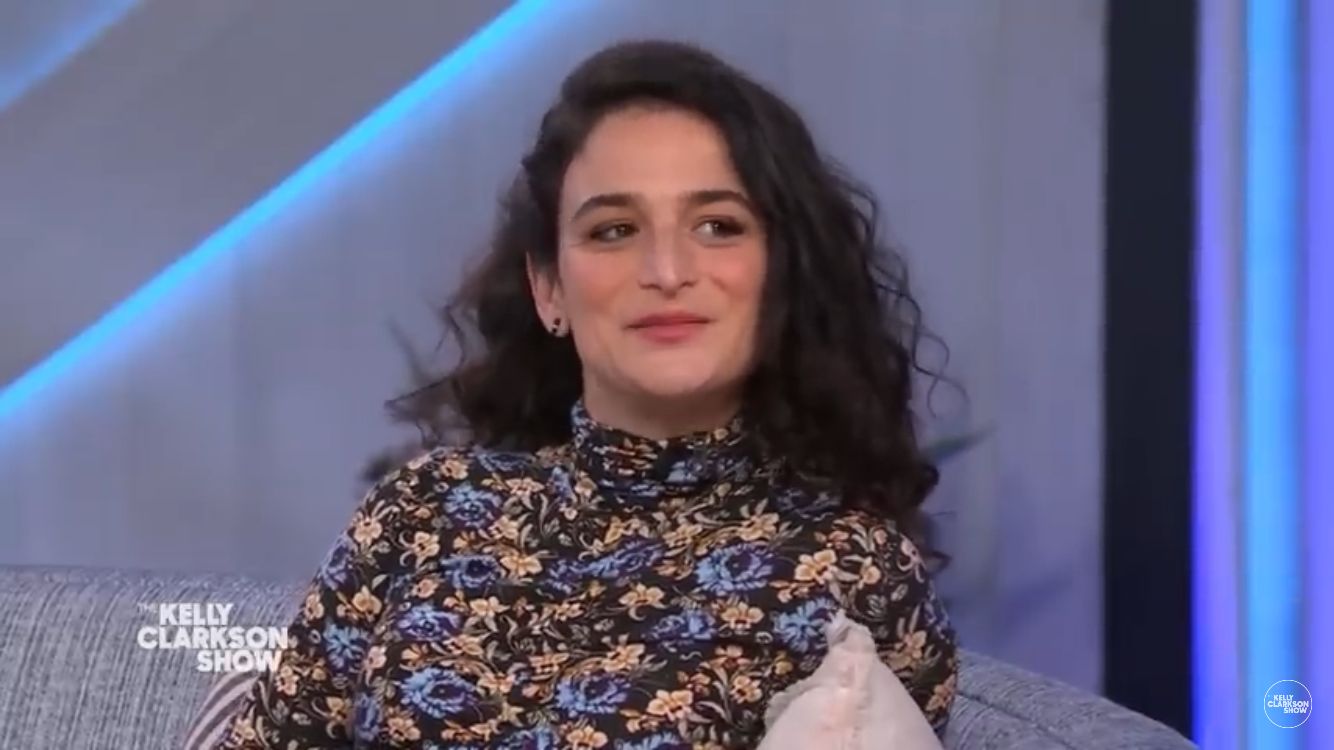 On getting married at her house, Jenny Slate stated, “My best friend told me that I was surprisingly chill, which I will brag about on national tv.” She revealed that getting married at the house was the best because they only had 23 people. “It was like after many cancellations, and now it just seems like I’m weird but we live in my husband’s great-grandmother’s house.

Kelly joked that she surely is gonna become her. She continued, “Wait, I heard about this because the house, she used to throw like big parties or whatever, right? Do people have weird dreams?” Jenny replied, “Yes, that’s what they say, I mean, my dreams are all weird so I don’t know it seems all normal to me.”

When told that her great-grandmother’s house was haunting her, Jenny joked, “yea, for sure.” And then, they all joked about Ben’s grandmother that she must be wanting her ring back. Kelly asked, “Did she throw crazy fun parties?”. Jenny replied, “yea, she threw crazy parties, and their family calls it a playhouse.”

She continued, “It’s like where they would dance. Apparently, like throughout the years, guests, who like, they come, they stay, they wake up and they’re like, I had some crazy dream last night. Like, crazy party dream.” So yea, Ben’s great-grandmother is still rocking their lives even now.

Jenny Slate Did Things In Love On her previous appearance on The Kelly Clarkson Show, Jenny Slate revealed overcame her fears of bikes and rode a broken one to impress her now-husband, Ben Shattuck. Jenny said, “I would say when I first started dating my husband, he lived in Amsterdam and we met here in the United States.” Kelly revealed a gorgeous picture of Jenny Slate and Ben Shattuck and asked how was she able to make it in a long-distance relationship.

Jenny Slate revealed that she went to Amsterdam and she did not tell him that riding bikes was one of her biggest fears. She added that she felt like she might just fall off…going through the city without a helmet to look cute. Kelly added, “Yes, it’s freaky because I have done that…and people are high.”