It seems like Jennifer Aniston has a new man in her life! As per various reports, The Morning Show star is seeing Jon Hamm at the moment. It has been reported by various sources that the two of them have been going on secret dates.

Keep scrolling further to learn more about Jennifer Aniston and her budding romance with the Confess, Fletch actor Jon Hamm. As per multiple reports, lately, Jennifer Aniston has been enjoying a new romance with Jon Hamm. It looks like the couple wants to keep their relationship away from the flashing cameras.

Not long ago, a source told Women’s Day, that Jen had always liked Jon but the timing had never been right before. The source told the media outlet, “They’ve crossed paths before, but she’s always had a husband by her side. Not this time! And there’s no doubt Jon is completely taken by Jen.” The source went on to say, that as Jen and Jon’s romance blossoms, the two of them have been phoning each other constantly. As of now, neither Jennifer Aniston nor her rumored beau Jon Hamm has made any official comment on the relationship rumors that have been swirling in the air for a while now.

Jennifer got married to Brad Pitt in 2000

Yes, you read that right. So far, Jennifer has been married a total of two times. At first, Aniston tied the knot with her Friends co-star Brad Pitt in the year 2000. Jen and Brad met each other for the first time in 1998 and at that point, their relationship was highly publicized.

Brad and Jennifer walked down the aisle on July 29, 2000, in a lavish Malibu wedding after two years of dating. For the first few years, everything went well for the lovebirds, but then things started falling apart. The pair announced their separation on January 7, 2005. Their divorce got finalized on October 2. 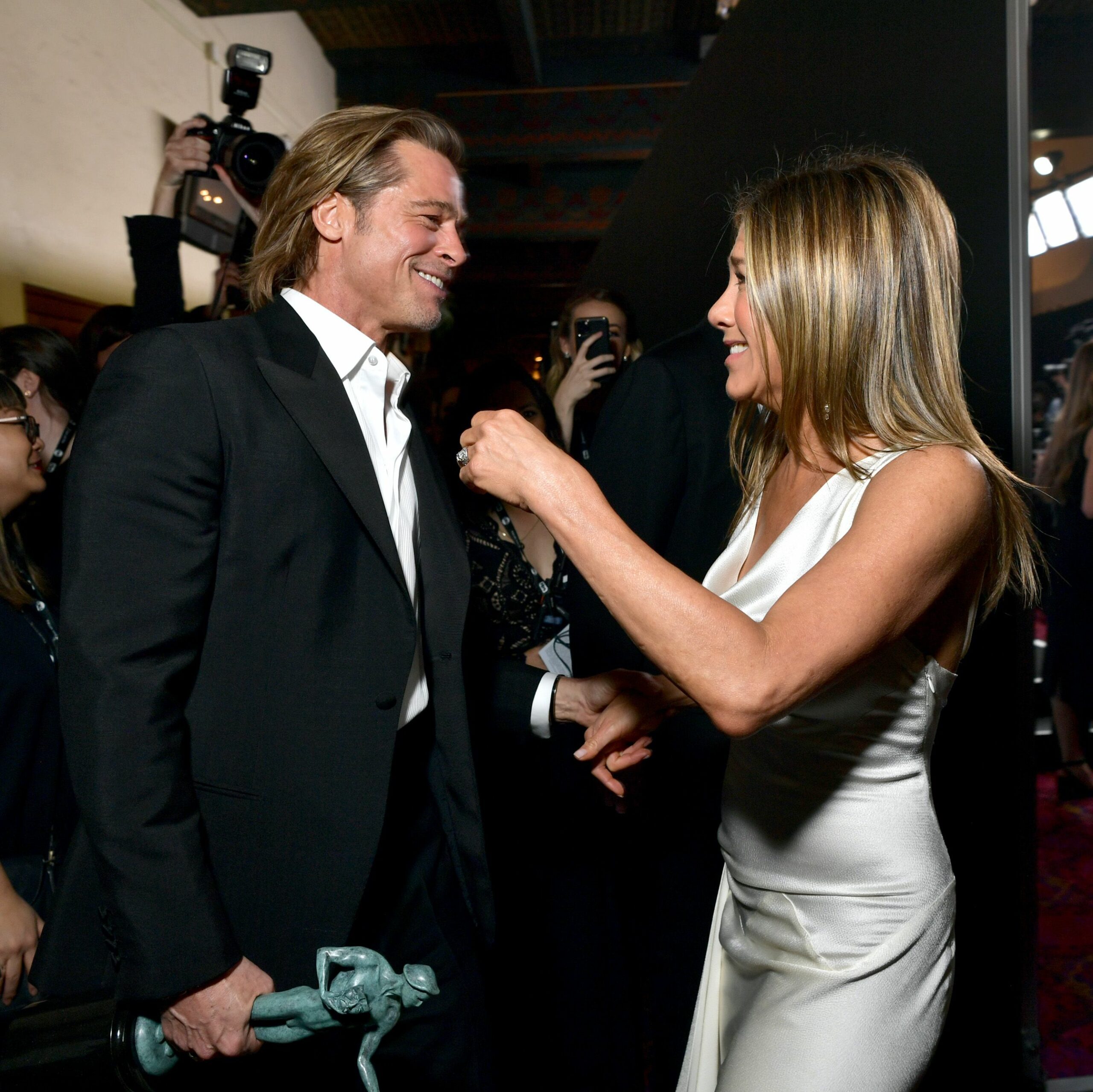 During a 2015 interview with Hollywood Reporter, Jennifer spilled the beans on her divorce from Brad Pitt and then, she said, “Nobody did anything wrong… It was just like, sometimes things [happen].”

On the other hand, when we talk about Jennifer’s ex-husband Brad Pitt’s love life, he has reportedly moved on from Angelina Jolie with model Emily Ratajkowski. Brad and Angelina share six children: Maddox, Pax, Zahara, Shiloh, Knox, and Vivienne.

Jennifer tied the knot with Justin Theroux in 2011

Then, The Good Girl star began a relationship with actor, director, and screenwriter Justin Theroux in May of 2011. Soon afterward, the two of them bought a house in the Bel Air neighborhood of Los Angeles for roughly $22 million.

The pair got engaged on August 10, 2012. Jennifer and Justin exchanged their vows on August 5, 2015, at their estate. Maybe, these two were not each’s other soulmate as they ended up parting ways in 2017. Do you ship Jennifer Aniston and Jon Hamm as a couple? Kindly let us know your thoughts in the comments section below. Don’t forget to stay tuned with us for the latest updates from the world of showbiz.