It seems like Robert Irwin is off the dating market for now! Not long ago, the son of the late “Crocodile Hunter” Steve Irwin, was snapped out and about in public with Scarlett Buckley.

For those of you who are unaware, let us tell you, Scarlett Buckley is the niece of the Australian icon Heath Ledger. Keep scrolling further to know more about the current relationship status of the pair. 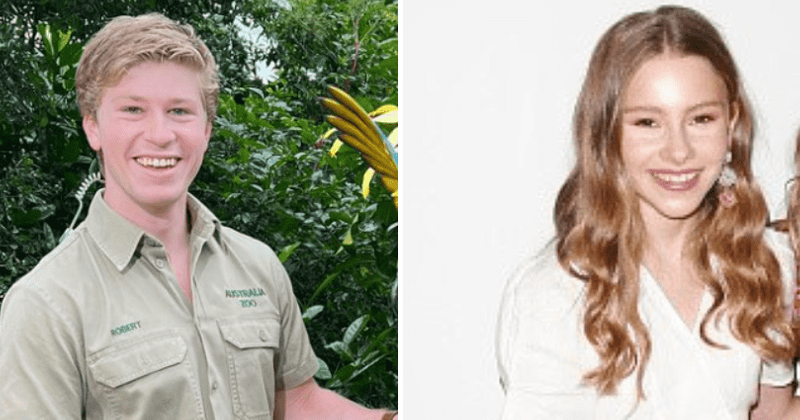 As per a report by Daily Mail, on November 18, Robert Irwin was spotted with Heath Ledger’s niece Scarlett Buckley. The two of them were spotted cuddling during a romantic beachside date in Queensland.

In the photos obtained by New Idea magazine, Robert and Scarlett can be seen enjoying a sunset stroll in Queensland, Australia. The picture showed the young couple with big smiles on their faces. It has been reported by the media outlet, that after grabbing burgers and fries from a local Grill’d restaurant, the teens made their way back to the beach. In one snap, Robert can be spotted giving a hug to the niece of the Dark Knight star.

As of right now, neither Robert nor Scarlett has publicly confirmed their romance. Let us share with you, Robert follows Scarlett Buckley’s Instagram account which is private at the moment.

Scarlett Buckley is the niece of the 10 Things I Hate About You star Heath Ledger. She is the daughter of Heath’s older sister Kate, who is the owner of a design and media productions company, and Nathan Buckley, a floor coverings store.

Scarlett has an identical twin sister whose name is Lori. Robert and Scarlett have a lot of things in common. Both of them grew up in front of flashing cameras after experiencing the devastating loss of a family member. Back in the day, Heath was at the peak of his Hollywood career when he passed away in January 2008 after an accidental prescription drug overdose. He was found dead in bed in his Manhattan flat by his housekeeper and masseuse at around 3 p.m. Sadly, he passed away at the age of 28.

Heath’s older sister Kate has vowed to keep the legacy of her brother from dwindling by creating the “Heath Ledger Scholarship” for young Australian actors. The Perth native was well-known for his brilliant work in films like Monster’s Ball, A Knight’s Tale, Brokeback Mountain, and The Dark Knight.

On the other hand, when we talk about Robert Irwin, his father Steve Irwin, who was world famous in his role as the “Crocodile Hunter” died on September 4, 2006, after he was pierced through the chest by the barb of a stingray. At that point, Robert was only 2 years old. Do you ship Robert Irwin and Scarlett Buckley as a couple? Kindly let us know your thoughts on the rumored couple in the comments section below. Don’t forget to stay tuned with us for the latest updates from the world of showbiz.