Is Madonna Single or Dating? Her Love Life Explored

Madonna, the ‘Queen of Pop’ is opening up about her life, career, and two failed marriages. For those of you who are unaware, let us tell you she has been married twice before. At first, she was married to Sean Penn from 1985 to 1989 and then to Guy Ritchie from 2000 to 2008.

Recently, in a Q&A video uploaded to Madonna’s YouTube channel on Tuesday, she talked about the story of her life, from her career to love and music. The YouTube video was titled “Finally Enough Talk: 50 Questions with Madonna.” 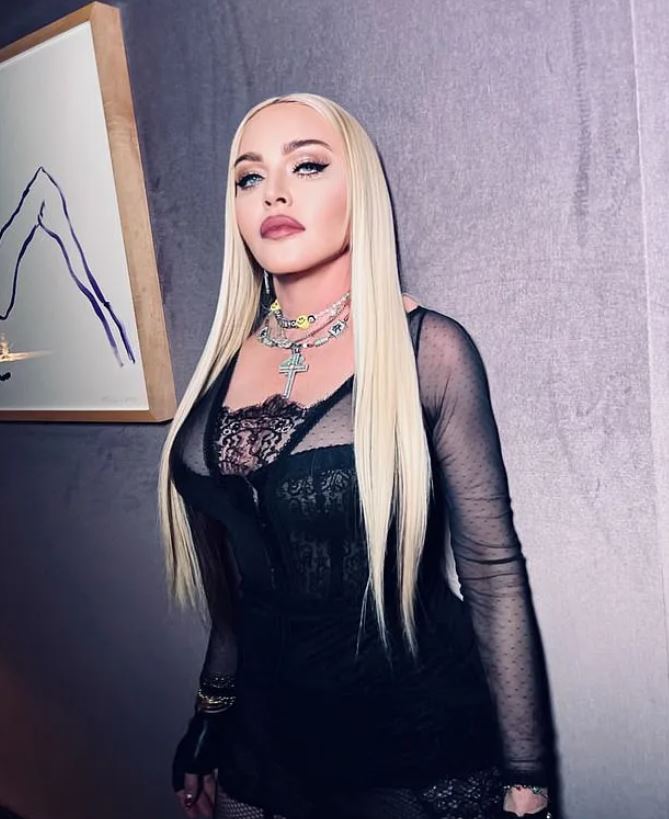 In the YouTube video, the Don’t Cry For Me Argentina singer was questioned about her life from a digital voice. In the nearly seven-minute long clip, at one time, Madonna was asked about a life decision that wasn’t the best idea and she replied, “Getting married. Both times!”

Continue reading further to catch deep insights into the personal life of the Material Girl singer Madonna and learn more about her relationship status at the moment.

Is Madonna single or ready to mingle?

As of now, it seems like Madonna is enjoying her single life. Last month, she rang in her 64th birthday by kissing two French girls in the back seat of a car. And that reminds us of her iconic onstage VMAs kiss with Britney Spears and Christina Aguilera.

Madonna even shared a carousel of pictures from her 64th birthday on the social media platform Instagram. She turned 64 on August 16, 2022. She was all dolled up in a blue floral dress for her birthday bash. 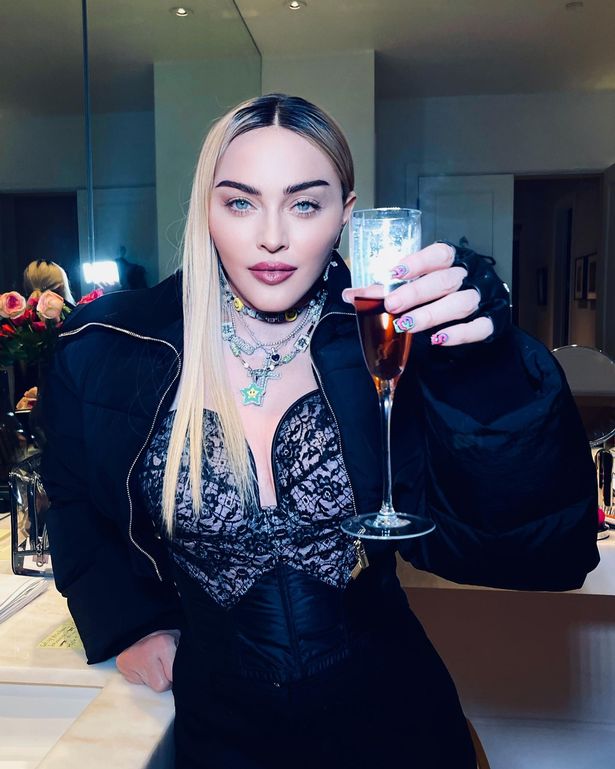 Madonna was previously linked to Ahlamalik Williams. The pair called it quits earlier this year in April after three years of dating. At that time, it was reported that the singer found it hard to keep her romance alive with her then-boyfriend Williams as she is too busy with her work.

As per the reports, Madonna and Ahlamalik Williams crossed paths for the first time on her Rebel Heart Tour in the year 2015. At that point in time, he was one of the backup dancers on her tour. The pair started dating somewhat after four years in 2019. Back in the day, the two of them were spotted by the paps together on several occasions. The former pair tried their best to keep their relationship away from the flashing cameras. It has been reported that Madonna played a part in getting him a crackling deal with fashion designer Stella McCartney.

Why did Madonna and Ahlamalik Williams part ways?

A close source talked about Madonna and Williams split and how she is dealing after it to The Sun and said, “Madonna has thrown herself into a busy social life and has been seeing her friends and family after the split.”

The source went on to say, “She has a packed schedule, working on her upcoming biopic, new music, and looking after her family, things have been on and off with Ahlamalik for a while. There’s a lot of love but for now, they have decided to separate.” The insider concluded by saying, “They are still on good terms and there are no hard feelings but they are at different places with their lives, they spent months together on tour and in lockdown, but now he has moved out of her home.”

Madonna got married to Sean Penn in 1985

The Like a Virgin crooner first tied the knot with the Gaslit actor Sean Penn in the year 1985. The two of them exchanged their vows on August 16, 1985, at a clifftop mansion in Malibu, California. The wedding day of the pair was also Madonna’s 27th birthday.

Madonna and Sean’s wedding was a star-studded affair. It was attended by many celebs from Hollywood such as Tom Cruise, Cher, Martin Sheen, Rob Lowe, Carrie Fisher, Diane Keaton, David Letterman, Andy Warhol, Rosanna Arquette, Christopher Walken, and Steve Rubell among many others. 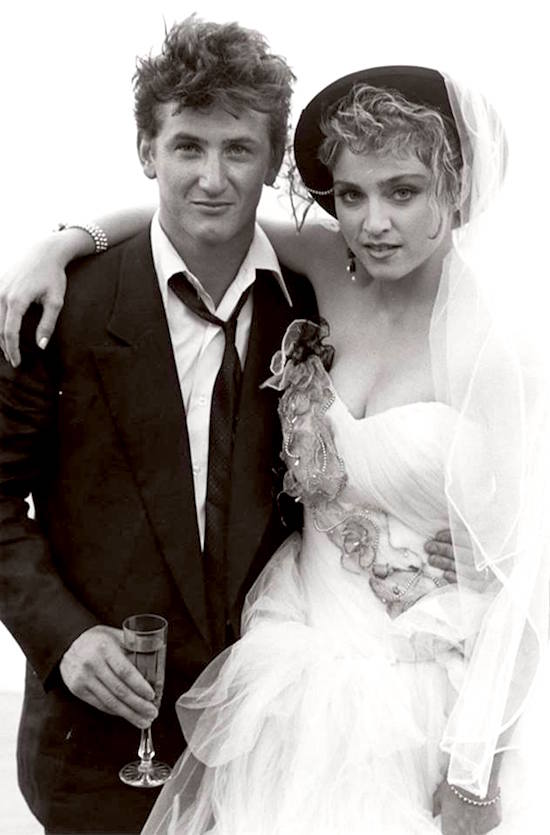 The pair honeymooned at the Highlands Inn in Carmel, California. But maybe they were not each other’s soulmates as they ended up parting ways later on.

As per The Things, Madonna filed for divorce from Sean on January 5, 1989, and she cited “irreconcilable differences” as the reason for their separation. They continued to remain friends after their divorce.

Madonna tied the knot with Guy Ritchie in 2000

The superstar got married to British actor and director Guy Ritchie in the year 2000. The couple walked down the aisle on December 22, 2000, at a private ceremony in Scotland. A few months before their wedding, the pair welcomed a son, Rocco Ritchie, on August 11.

According to The Sun, Madonna and Guy Ritchie adopted a baby boy named David Banda from Malawi, in 2006. The pair continued to make headlines throughout the course of their relationship. The two of them even worked together. Back in the day, she starred in the movie Swept Away which was written and directed by her then-husband. Madonna and Guy Ritchie got divorced in November 2008 after eight years of marriage.  Nearly one year after, Madonna ended her second marriage, she made an appearance on The Late Show With David Letterman show and said, “I think I’d rather get run over by a train [then get married again].”

While speaking with The Sun in 2015, the Give Me All Your Luvin’ singer talked about her second marriage to Ritchie and she went on to say she felt imprisoned in her marriage and said, “There were times I felt incarcerated. I wasn’t really allowed to be myself.” 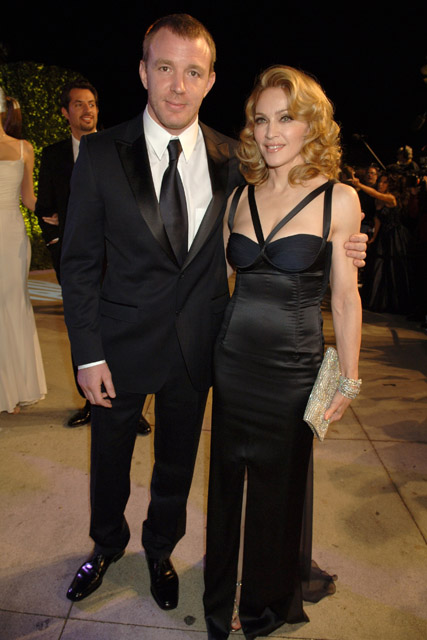 Madonna further added, “You’ve got to find someone who accepts who you are and is comfortable with that.” In an interview with Details, she referred to her marriage as a ‘soap opera.’

The Justify My Love singer told the media outlet “It’s definitely not something I regret… The experience was ultimately very positive. I love the kids [Rocco Ritchie, 22, and David Banda, 16] and that came out of it, and I could see no other route to take.”

Do you think Madonna is single? Kindly let us know your thoughts in the comments section below. Don’t forget to stay tuned with us for the latest updates from the world of showbiz.