Lupita Nyong’o was recently seen in Black Panther: Wakanda Forever which is based on the  Marvel Comics character Black Panther. The sequel to the 2018 film Black Panther and the 30th movie in the Marvel Cinematic Universe (MCU) released last month. The movie has received good feedback from the side of critics as well as fans.

Lupita essays the role of Nakia, an undercover spy for Wakanda, from the River Tribe and the late T’Challa’s lover in the film Black Panther: Wakanda Forever. Along with Nyong’o, the film also stars Letitia Wright as Shuri, Danai Gurira as Okoye, Winston Duke as M’Baku, Florence Kasumba as Ayo, Dominique Thorne as Riri Williams and Michaela Coel as Aneka. 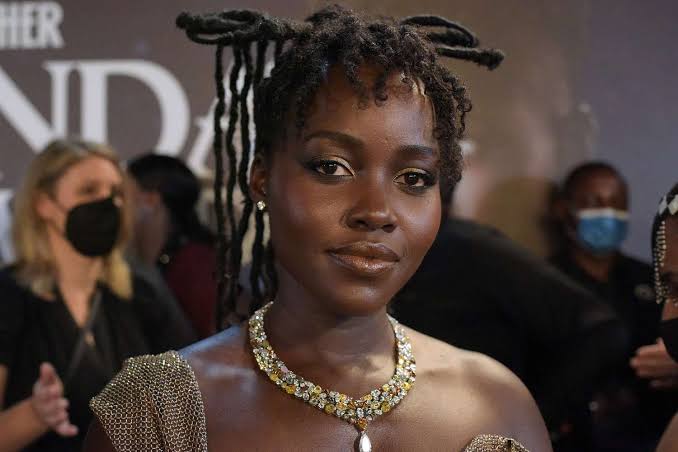 Now with more than 10.3 million followers on the social media platform Instagram, Lupita Nyong’o is considered one of the finest actress in Hollywood. All the fans of this superstar are pretty curious to know more about her love life. Read on to know the current relationship status of Lupita Nyong’o.

Is Lupita Nyong’o dating anyone at the moment?

It looks like the Black Panther star is single at the moment. She likes to keep her personal life away from the flashing cameras. Over the last couple of years, we have heard a fair share of dating rumors about the actress.

As of this moment, the Oscar winner has had only one confirmed public relationship. Back in the day, she was rumored to be dating Keinan Abdi Warsame. For those of you who are unaware, let us tell you, Keinan is popularly known as rapper and poet K’naan. 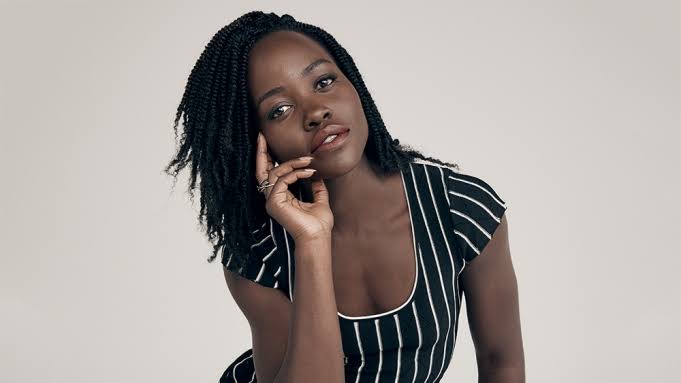 According to a report by Bustle, the two of them began dating after meeting in New York in September 2013. It has been reported that Lupita and Keinan bonded over shared African heritage and humanitarian work.

Then, a source said, “The couple reportedly met in New York City and began dating last September. They bonded over their common interests, including their shared African background (Lupita was raised in Kenya; K’Naan was born in Somalia).” 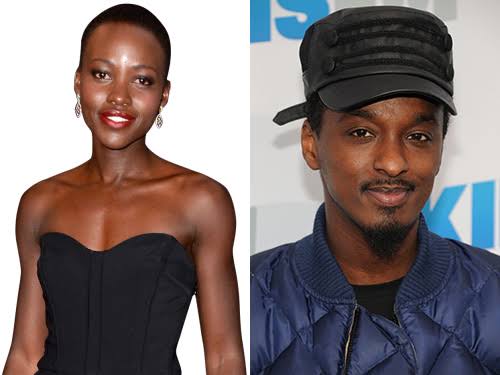 The former couple went public with their romance in May 2014 and they even attended Glamour’s Women of the Year awards together during that year. Although, they pulled the plug on their relationship at the end of 2014 after a year of dating. Up until now, the exact reason behind the pair’s split is unknown.

Lupita Nyong’o was rumored to be dating Jared Leto

In 2014, as Lupita was spotted promoting her movie 12 Years a Slave, she grew close to the House of Gucci actor Jared Leto and the two of them sparked rumors.

While accepting his Independent Spirit Award for Dallas Buyers Club in 2014, Jared joked about the pair being involved. At that point, he said, ‘I want to thank all the women I’ve been with and all the women who think they’ve been with me. And also my future ex-wife, I’m talking to you Lupita Nyong’o!’ 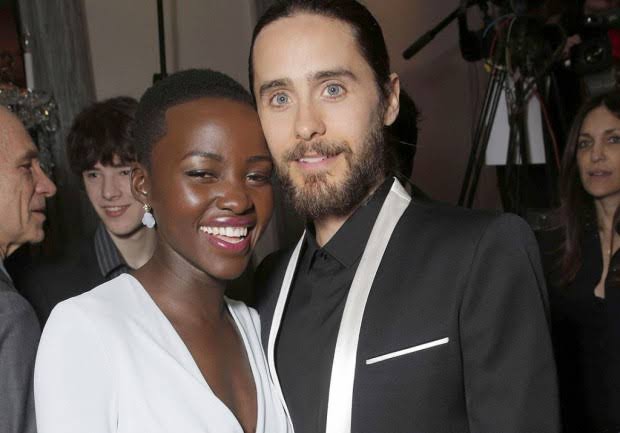 That same year, Lupita made an appearance on Ellen DeGeneres’ chat show named The Ellen DeGeneres Show and she also talked about the rumors of her and Jared being together. Then, she told Ellen, “You know it’s crazy cause when I read these rumors, they’re so detailed that even I start to question whether they’re true or not. I know I’ve believed them in the past and now I guess I can’t believe anything.” 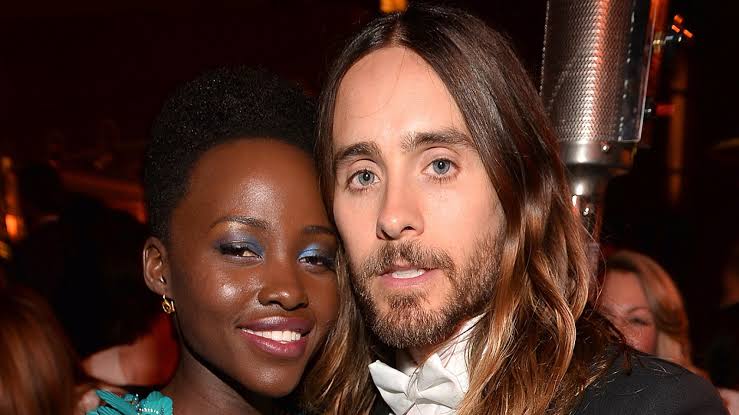 In March 2014, Leto and Nyong’o were snapped together at Paris Fashion Week. Then, she also shared a snap of the pair on her Instagram page. During the same year, they were seen flirting at the MTV Movie Awards. At the SAG, they presented an award to Mark Ruffalo together for Male Actor In A TV Movie Or Mini Series.

In a March 2019 interview with Net-a-Porter, Lupita spilled the beans on her close friendship with Jared Leto and she shut down all those dating rumors. At that time, she went on to disclose that they share a special “intimacy” that “goes beyond dating rumors.”

The Star Wars: Rise of The Skywalker alum old the media outlet, “Jared Leto, he’s still on speed dial, because we were on that [Oscar campaign] journey together and he’s so embracing of me. There was an intimacy that grew from that, that goes beyond the dating rumors, beyond all that.” Lupita and Leto didn’t date but they still share a close bond to this day. 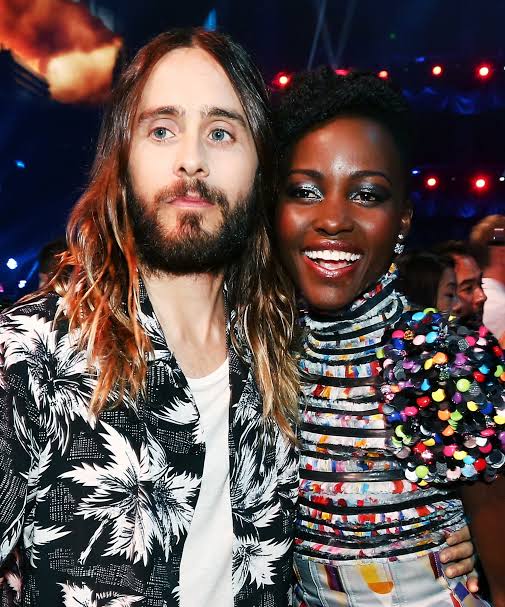 Earlier this year in June, the two of them were spotted together at a Cannes party thrown by Spotify. Then, the I Like You singer Post Malone serenaded the crowd at the Spotify fete. He hit the stage with a guitar and flaunted his arm full of tattoos.

Lupita Nyong’o values her privacy a lot
In a December 2019 interview with British Vogue, the Queen of Katwe star stated that  values her privacy at home when she’s not on set filming, which is why she keeps her dating life quiet. She said, “Privacy is a commodity that is hard to come by.”

Nyong’o told the magazine, “Filming is so time-consuming. And intense. With Black Panther, a lot of us were single. On Little Monsters, nobody was single. Everyone, when they’re done with their day’s work, wants to go home to their families, which makes a whole lot of sense. When you don’t have that, it’s very isolating.” It looks like even if Lupita is dating somebody in real life, the fans won’t hear about it from her.

Have you seen the movie Black Panther: Wakanda Forever? If you have watched the film, kindly let us know your thoughts on the Marvel film in the comments section below. Don’t forget to stay tuned with us for the latest updates from the world of showbiz.