The gay rumors about Lil Dicky have been swirling in the air for a while now. The FXX hit comedy series Dave star’s personal and professional life has always been a topic of discussion for the viewers.

When the musician starred in the FXX series, which follows the tale of his own life showcasing the ups and downs of his musical career, the eagle-eyed fans began assuming that he was gay after he sparked a bromance with his co-star on the show. For the show Dave, Dicky shot a few intimate scenes with his long-time friend and co-star Benny Blanco that fueled the rumors of him being gay. The scenes featured in the third episode of the series that was titled, The Observer.

In the episode, the two of them were seen showering together in birthday costumes and they even gave a few performances and hugged one another. They also did some other activities like painting each other’s toes. At that point, the fans couldn’t stop themselves from expressing their thoughts on that particular episode on social media. One user wrote, “Benny Blanco & Lil Dicky so gay for this scene.” Another one tweeted, “Lil dicky is gay confirmed lol.” Followed by a user penned, “Burd went full gay in season 2.”

As of now, Dicky and Benny have not made any official comment on the relationship rumors that have been going around in circles.

Is Lil Dicky seeing someone at the moment?

The answer to the above question is a big no. According to various reports, right now, the Freaky Friday singer is single. In June of 2021 during an interaction with GQ magazine, he revealed that he was in a relationship but he didn’t give away the name of his girlfriend.

At that point, the Pennsylvania native subtly dropped a hint about his personal life and stated that he and his then-girlfriend were pretty serious. He also went on to spill the beans on his future and said that he wanted to have a wife someday down the road. His relationship with the mystery woman was his first romance after being single for a total of seven years. Before that, he was in a serious relationship with a woman but it was reported that the two of them decided to go their separate ways as Burd prioritized his career.

In his track titled Molly, David also spilled the beans on his relationship with his ex-girlfriend, and in the lyrics of the song, he stated that he still loved her despite the way their whirlwind romance came to an end. The song described how the rapper marked his attendance at the wedding ceremony of his ex-girlfriend and he explained his grief over the same.

All you need to know about Lil Dicky

David Andrew Burd popularly known as Lil Dicky was born on March 15, 1988, in Cheltenham Township, Pennsylvania, U.S. He was born with “a tangled urethra” and hypospadias, he had to get several surgeries for the same.

Burd was raised in an upper-middle-class Jewish family in the Elkins Park neighborhood. He went to the Seeds of Peace International Camp in Israel at the age of 14. The program aims to promote dialogue between communities “divided by conflict”, such as Israeli and Palestinians. 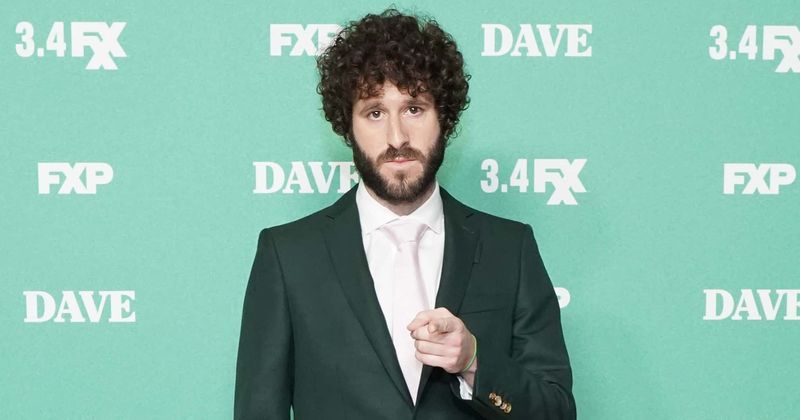 Right from the start, David was very inclined toward music. During his childhood days, he used to listen to hip hop and alternative rock. He started rapping when he was in fifth grade after he made a history report on Alexander Pushkin using rap music. While growing up, he listened to the music of many artists such as Nas and Jay-Z.

Soon afterward, Burd got admitted into Cheltenham High School. In a media interaction, he recalled his high school days and said, “I was a pussy. I was really awkward looking. I wasn’t getting any girls at all, but I was very class-clownish and I got good grades.” After completing high school, he attended the University of Richmond and graduated in the year 2010.

When did Lil Dicky enter the world of music?

In the past, David disclosed that he started his rap career “simply to get attention comedically, so [he] could write movies, write TV shows and act” but he ended up falling in love with rapping and he said, he’s “not leaving that game until [he’s] proved [his] point.”

Burd kickstarted working on his debut mixtape So Hard in the year 2011. It took him nearly two years to finish it because back in the day he had his day job at Goodby, Silverstein & Partners while he was paying attention to the mixtape. David recorded a large majority of the initial parts of his mixtape So Hard on his MacBook Pro and a $400 microphone. He began dropping songs from the mixtape in the year 2013. He released one song every week for a total of five months straight. We must say that’s quite a smart technique to stay in touch with the viewers.

Burd released the music video for his song Ex-Boyfriend on April 23, 2013. It was the leading single of the mixtape. The music video of the track was quite a hit among the fans as it bagged one million views within 24 hours of being posted on YouTube.

After dropping nearly 32 songs and 15 music videos, the Earth singer started a Kickstarter stating, “I’ve officially run out of money… In a nutshell, you are funding phase two of my rap career.” He wanted to raise a total of $70,000 through the crowd-funding page to be able to make and produce more music. Kickstarter well exceeded its target and it raised $113,000.

Do you like Lil Dicky’s show, Dave? Kindly let us know how you like it in the comments section below. Don’t forget to stay tuned with us for the latest updates from the world of showbiz.