It looks like the former Keeping Up With The Kardashians star Khloe Kardashian has a new man in her life! Not long ago, a picture of Khloe and the 365 Days star Michele Morrone went viral on social media.

Due to the viral picture, the romance rumors of the Good American co-founder and the Italian actor began swirling in the air. Continue reading further to know the relationship status of Khloe and Michele. When did the dating rumors of Khloe and Michele begin?

For those of you who are unaware, let us tell you, Khloe and Michele have sparked romance rumors after the two of them were spotted together on September 24, 2022, at Milan Fashion Week.

Kardashian and Michele even posed for a cozy snap during Milan Fashion Week. In the blink of an eye, the picture of two superstars went viral on social media. Morrone also shared the snap of him and Khloe on his Instagram Story. In the photo, Michele had his arm wrapped around Khloe’s waist and it seemed like he was whispering something in her ear. At the fashion show, Michele and Khloe were seated right next to each other. They were seen sitting near Khloe’s sister Kim’s kids North West, 9, Saint West, 6, and Chicago West, 4, and mom Kris Jenner.

As of now, Michele and Khloe don’t follow each other on the social media platform Instagram but the fans are still keeping an eye on their social media activities and they hope that the two of them come together.

The fans’ reaction to Khloe and Michele’s viral picture

One social media user wrote, “Khloe Kardashian and Michele Morrone (Massimo) is a duo I never knew I needed,” meanwhile another user tweeted, “you don’t understand after i’ve seen that picture i NEED khloe kardashian and michele morrone together.”

Followed by a user who penned,” HELPP WHAT KHLOE IS DATING MICHELE?? I’m sorry but this is what Khloe needed, out with the OLD NBA Player and in with the new Italian actor! We are tired of NBA boyfriends they are walking red flags, hopefully Michele treats her right.” 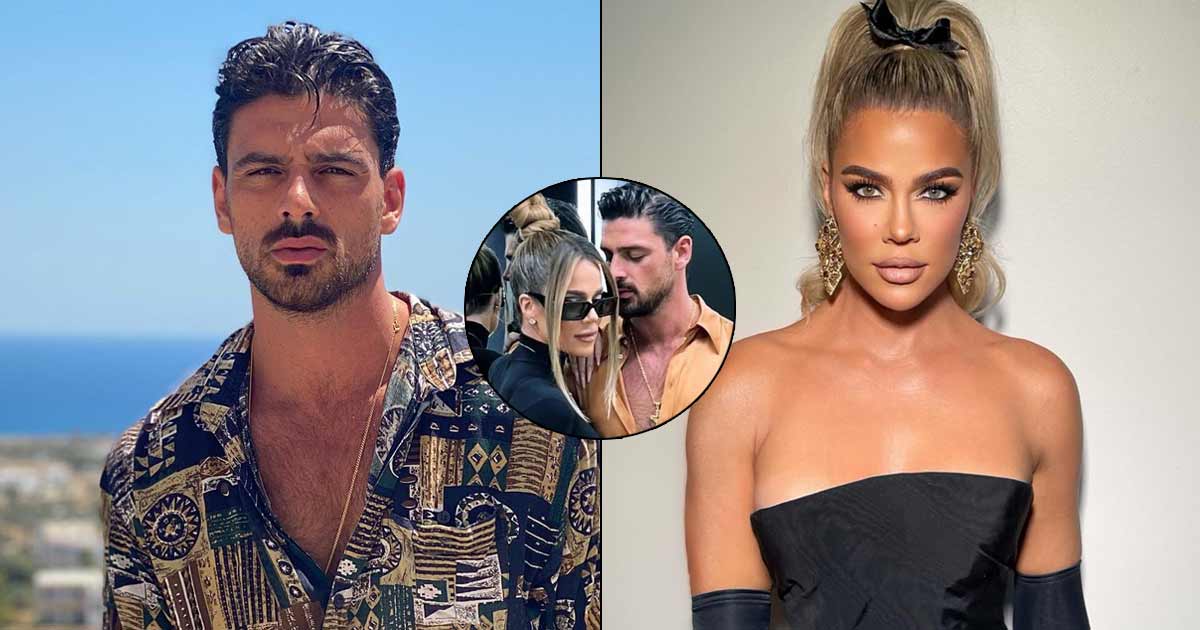 These were a few reactions of the fans to the viral cozy picture of Khloe Kardashian and Michele Morrone.

Not long ago, Khloe welcomed her second child with ex Tristan Thompson via surrogacy. The former couple shares a daughter named True Thompson. Kardashian introduced her newborn son to the world in the latest episode of the second season of Hulu’s show The Kardashians. Do you ship Khloe Kardashian and Michele Morrone as a couple? Kindly let us know your thoughts on the pair in the comments section below. Don’t forget to stay tuned with us for the latest updates from the world of showbiz.