At the moment, the air is filled with romance rumors of Kendall Jenner and Harry Styles. For those of you who are unaware, let us share with you, the former One Direction member and his girlfriend Olivia Wilde called it quits this month.

On the other hand, when we talk about The Kardashians star, she also broke up with her longtime boyfriend Devin Booker recently. Continue reading further to know the current relationship status of Harry Styles and Kendall Jenner. In the last couple of days, the romance rumors of the As It Was singer and the 818 Tequila founder have been swirling on the internet. The recent breakups of the two of them led to the fans assuming that perhaps Harry and Kendall will find their way back to each other.

For the unversed, let us tell you, the Love of My Life hitmaker and the supermodel dated back in the back. These two were romantically linked for the first time in the year 2014. After a while, they were snapped out and about in public on a couple of dates. Around the same time, they were clicked by the paps while packing on the PDA during a vacation. They broke up in 2015. 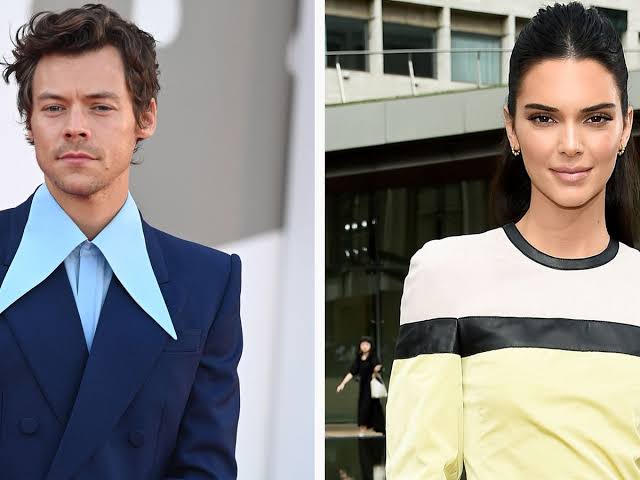 Not long ago, The Sun published a headline that read, “Harry Styles pours his heart out to ex Kendall Jenner after Olivia Wilde split.” But in reality, that’s not the truth. A close source has told E! News, “She and Harry are just good friends.”

The insider went on to say, “They remained friendly over the years and have kept in touch. There’s nothing romantic going on, but they do catch up from time to time and have hung out in social settings.” The source told the media outlet, “they are not rekindling at this moment.”

Harry and Kendall have been on good terms since the time of their split. The two of them even played a game of Spill Your Guts or Fill Your Guts in the year 2019. At that time, the Sign of the Times singer refused to answer a question about the model and decided to eat a cod sperm to avoid answering.

Not long ago, Kendall marked her attendance at the Los Angeles concert of the British singer. Kenny’s close pal Hailey Bieber and her younger sister Kylie Jenner also accompanied her to the concert of her ex-boyfriend.

For the concert, Jenner wore a snakeskin print halter-neck top and a pair of black pants. She completed her look with a small, brown shoulder bag. In the snaps from the show, Kendall can be seen having a good time. Do you think Kendall Jenner and Harry Styles are a perfect fit for each other? Kindly let us know your thoughts on the two of them in the comments section below. Don’t forget to stay tuned with us for the latest updates from the world of showbiz.