It seems like Chase Stokes is back in the dating game! Not long ago, the Outer Banks star was spotted out and about in public together with Canadian model Izabella “Izzy” Metz in New York City.

Is there something brewing between Chase and Izabella? Read further to find out the answer to the above question. Chase might be back on the chase. 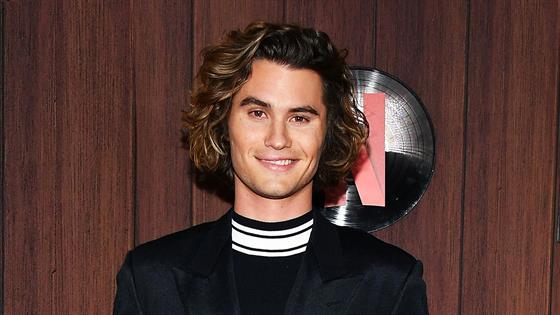 Recently, Chase was photographed by the paps when he stepped out in New York City. He was clicked while walking out of a club with Canadian model Izabella “Izzy” Metz on Wednesday, June 29, 2022.

As of now, neither Stokes nor Metz has made any official comment on their latest outing and relationship status. Let us tell you one interesting thing, up until now they don’t even follow each other on Instagram. Chase was linked to Madelyn Cline before

Chase Stokes and model Izzy Metz were clicked together nearly three months after the actor’s split from his Outer Banks co-star Madelyn Cline. Stokes and Maddy called it quits last fall after dating for nearly a year.

At that point, a close source told Page Six, “Chase and Madelyn are not together anymore. It’s no secret among those who know them that they broke up.” Another insider added,  “things got rocky between Chase and Madelyn in September, and they were openly talking to friends about the breakup by October.” Even after their breakup, Chase and Madelyn were spotted together a few times in November and December. They began dating in April of 2020 after meeting on the Season 1 set of their Netflix teen drama, where he played the role of Routledge Cameron and she essayed the character of Sarah Cameron.

Apart from Outer Banks, the two of them were also featured together in the music video of Kygo’s remix of  Donna Summer’s Hot Stuff. The song dropped in September 2020.

After a while, Chase was spotted in public with a mystery woman. At that time, the pair was seen making out at a club in Orlando, Florida. Later on, TikTok star Val Bragg claimed that she was the woman. She went on to say she was a little drunk at that time and that the two of them were not dating.

Bragg also talked about the hate she received online from all the Outer Banks fans out there. She stated that she got loads of hate messages over the video, which went viral. However, Stokes decided to stay mum on the matter. This year in February, the Outer Banks fans went into a frenzy after they saw a picture of the actor and cline. Their fans went nuts over a season three promo photo, which showed the two fan-favorite stars in character, holding hands.

Do you ship Chase Stokes and Izzy Metz as a couple? Kindly let us know in the comments section below. Don’t forget to stay tuned with us for the latest updates from the world of showbiz.