Courtney King and Chris Bumstead have added more power to their relationship! The 29-year-old IFBB professional bikini competitor finally got engaged to her boyfriend, Canadian bodybuilder, Chris Bumstead. The duo took to their Instagram to share the fantastic news accompanied by some breathtaking photos. 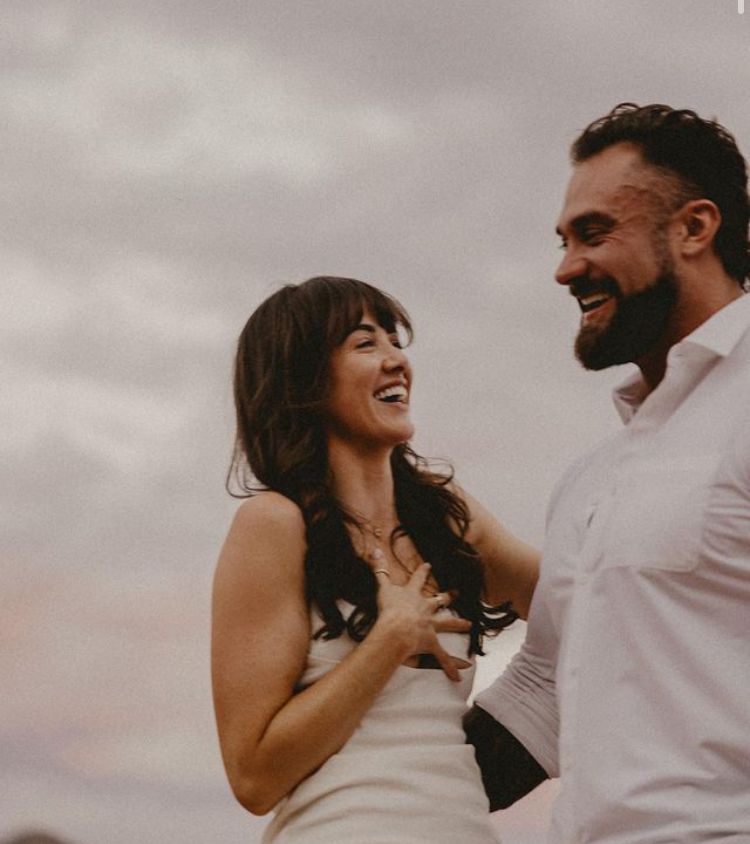 Chris Bumstead, famously known as Cbum, shared the news of his engagement with his girlfriend, Courtney King on Instagram with some breathtaking photos of the couple. The engagement was staged in Arizona and yea, the 29-year-old bikini model said Yes! The multiple-times  Mr Olympia Classic Physique winner wrote: “She said yes. The most nervous and happiest I have been in the span of 30 seconds. Love you always❤️.”

Chris’s comment section was filled with wishes, with retired bodybuilder Jay Culter (Former Mr Olympia) being the first one to congratulate the gorgeous couple. Phil Heath also expressed his heartfelt congratulations to the couple. Craig Golias wrote, “LOVE IS IN THE PERMANENT AIR!!!!!! ❤️ Congrats you guys!”

It’s not just the 29-year-old bodybuilder who is feeling the butterflies right now. Her now-fiancee, IFBB professional bikini competitor, Courtney King also took to her Instagram to express her feelings for her better half. Courtney wrote: Christopher Adam Bumstead, you are the best thing that’s ever happened to me. I feel like the luckiest woman alive knowing that I get to marry you!! 😭 My heart is yours until the end of time. I LOVE YOU SOOOOO MUCH MY FIANCÉ! ❤️🥹 @cbum”

Sharing the same pictures from Sedona, Arizona, Courtney expressed how she is the luckiest woman to have Chris as her fiance. Her comment section was filled with wishes from her friends and fellow professionals. Phil Heath wrote: “shuriecremona and I are so happy for you two! Congratulations👏🏽.” Krissy Cella wrote: “No one deserves happiness more than you! I adore you ❤️❤️❤️.”

Whitney Simmons wrote: “COURTNEY I AM TEARY EYED I AM SO HAPPY FOR YOU!!!!!!!!!!!!! Nobody deserves this more. I LOVE YALL CONGRATULATIONS 😭😭😭💒✨💕.” Jay Cutler also congratulated Courtney for the new beginnings.

The power couple made their relationship official way back in November 2018 when the former Ms. Bikini Olympia and then-Classic Physique competitor were seen embracing each other in chic garments. Apart from her career as a bikini model, Chris’ now-fiancee, Courtney played basketball, soccer and gymnastics, and was also on the swimming and cross-country teams. The couple loves to travel together to different places, and Chris has also appeared in many of Courtney’s YouTube videos.

As for Chris Bumstead, the 27-year-old Canadian bodybuilder debuted professionally at the age of 19 in 2014. He obtained his IFBB pro card at 21 after winning the 2016 IFBB North American Championship.

He was the reigning Mr Olympia Classic Physique winner, winning the competition for three consecutive years in 2019, 2020 and 2021. Cbum maintains a large online presence with loads of content focussing on his lifestyle and bodybuilding regime. We wish many congratulations to this power couple for their new beginnings!