Gabrielle Union and Dwyane Wade are celebrating 8 years of togetherness and love! These two lovebirds rang in their 8th wedding anniversary in Menorca and they even shared beautiful posts on the social media platform Instagram to mark their special occasion.

Continue reading further to catch a sight of Gabrielle and Dwyane’s Instagram posts for each other and learn more about their romance. On Wednesday, the 10 Things I Hate About You actress took to her Instagram and shared a lovely montage of clips and pictures from the wedding day of the pair, snaps from vacations, and their family moments.

“It’s been 8 years now married to my best friend and a lifetime to go. There have been tears and tantrums, triumphs and tremendous gratitude of our love,” she wrote alongside the video.

Gabrielle further added, “I love your evolution and your readiness to look at yourself FIRST before pointing any fingers. I love watching you throw caution to the wind and lead in ways we’ve never seen before. May this journey of ours always be filled with joy and laughter and compassion and grace. I love you, baby, forever. Happy Anniversary @dwyanewade.”

To mark his and Union’s 8th wedding anniversary, Wade also shared a carousal of pictures of his wife Gabrielle on the social networking platform Instagram. He posted a few solo pictures of Gabrielle along with some snaps of the duo. He kept the Instagram caption short, simple, and sweet. 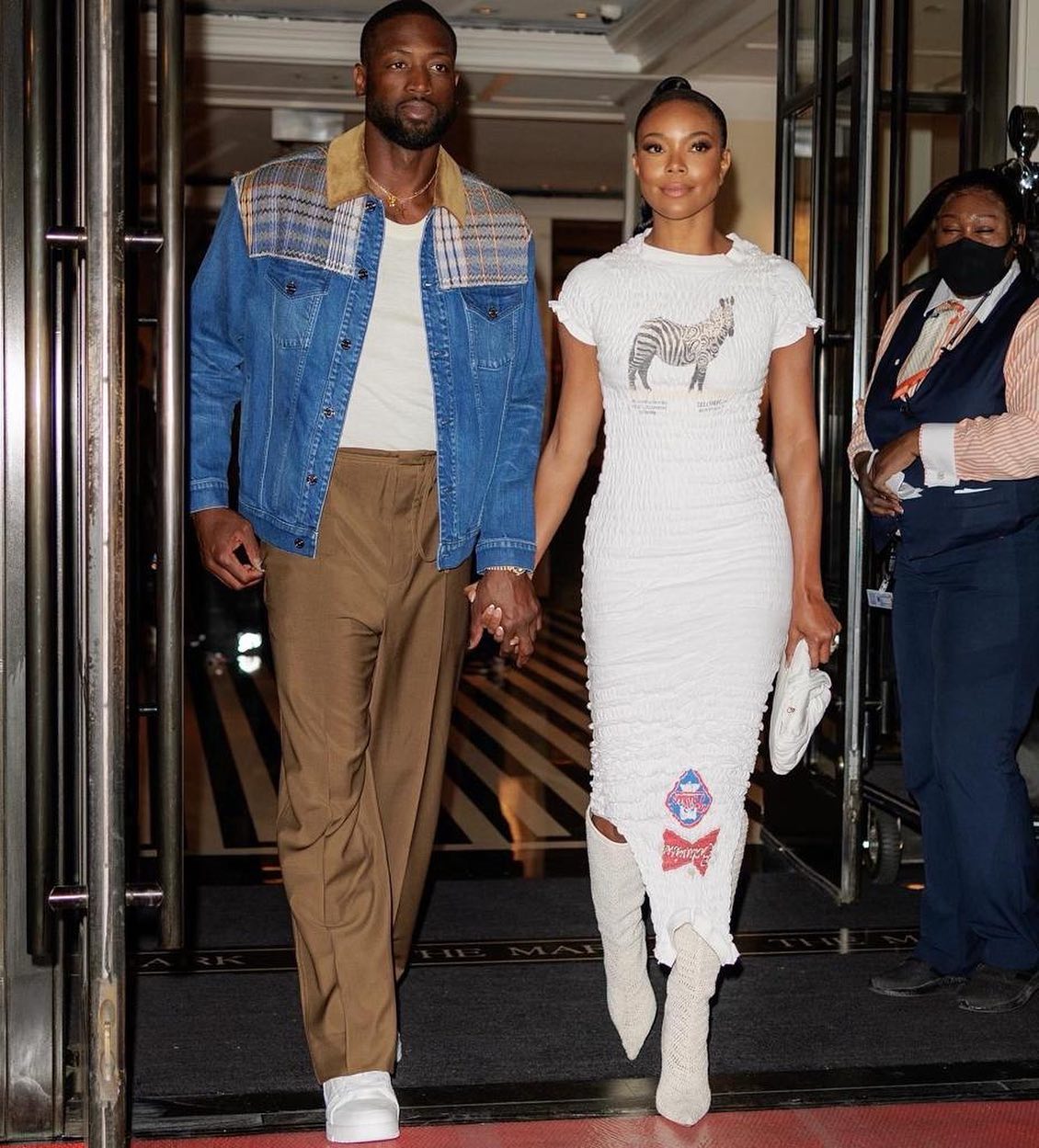 When did Gabrielle and Dwyane tie the knot?

The Cheaper By The Dozen star and the former NBA great met each other for the first time at a Superbowl party in 2007 where both of them were tapped as co-hosts and let us tell you it wasn’t love at first sight for these two lovebirds.

During an interview with Glamour, Union spilled the beans on their first meeting and said, “When I met Dwyane, his résumé looked like crap: athlete, going through a divorce, nine years younger than me. None of that screamed, ‘Let’s have a lasting relationship.'”

The two of them began dating in 2008. Gabrielle and Dwyane walked down the aisle in the year 2014 in Miami, Florida, United States. They exchanged their vows on August 30, 2014. 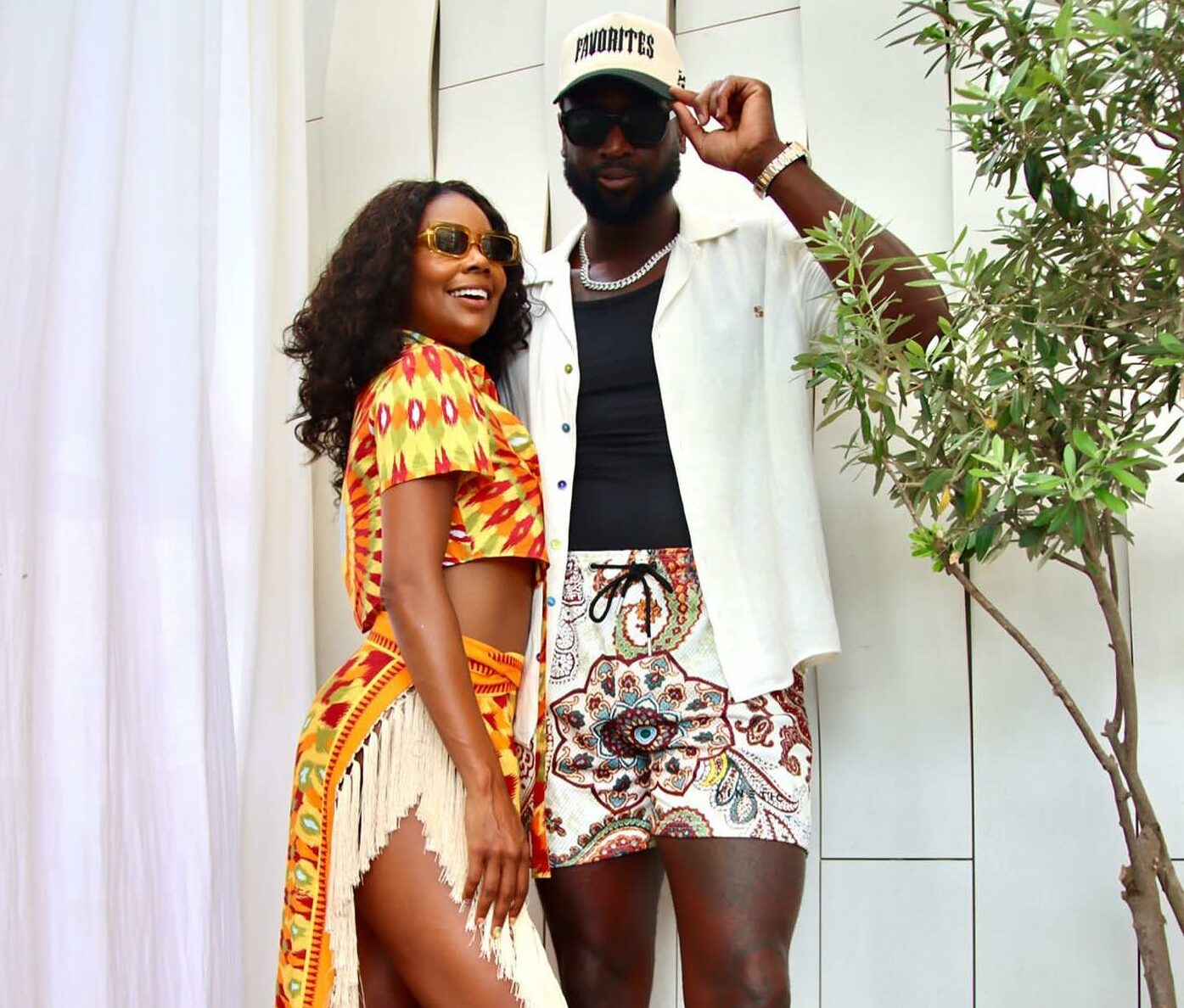 After getting married, Gabrielle became a stepmom to Wade’s three children from his past relationships: a 20-year-old son, Zaire, a 15-year-old daughter, Zaya, and an 8-year-old son, Xavier.

Gabrielle and Dwyane welcomed their first child together in 2018. Their first baby, a daughter named Kaavia joined them earthside on November 7, 2018. Their daughter was born via surrogate.

We just want to wish a very happy anniversary to Gabrielle Union and her husband Dwyane Wade. You can also drop your best wishes for the couple in the comments section below. Don’t forget to stay tuned with us for the latest updates from the world of showbiz.