Drew Barrymore is a famous actress, but she has also become a part of many famous songs. While Drake referred to her in one of her songs, Bryce Vine came out with a whole song named after her. 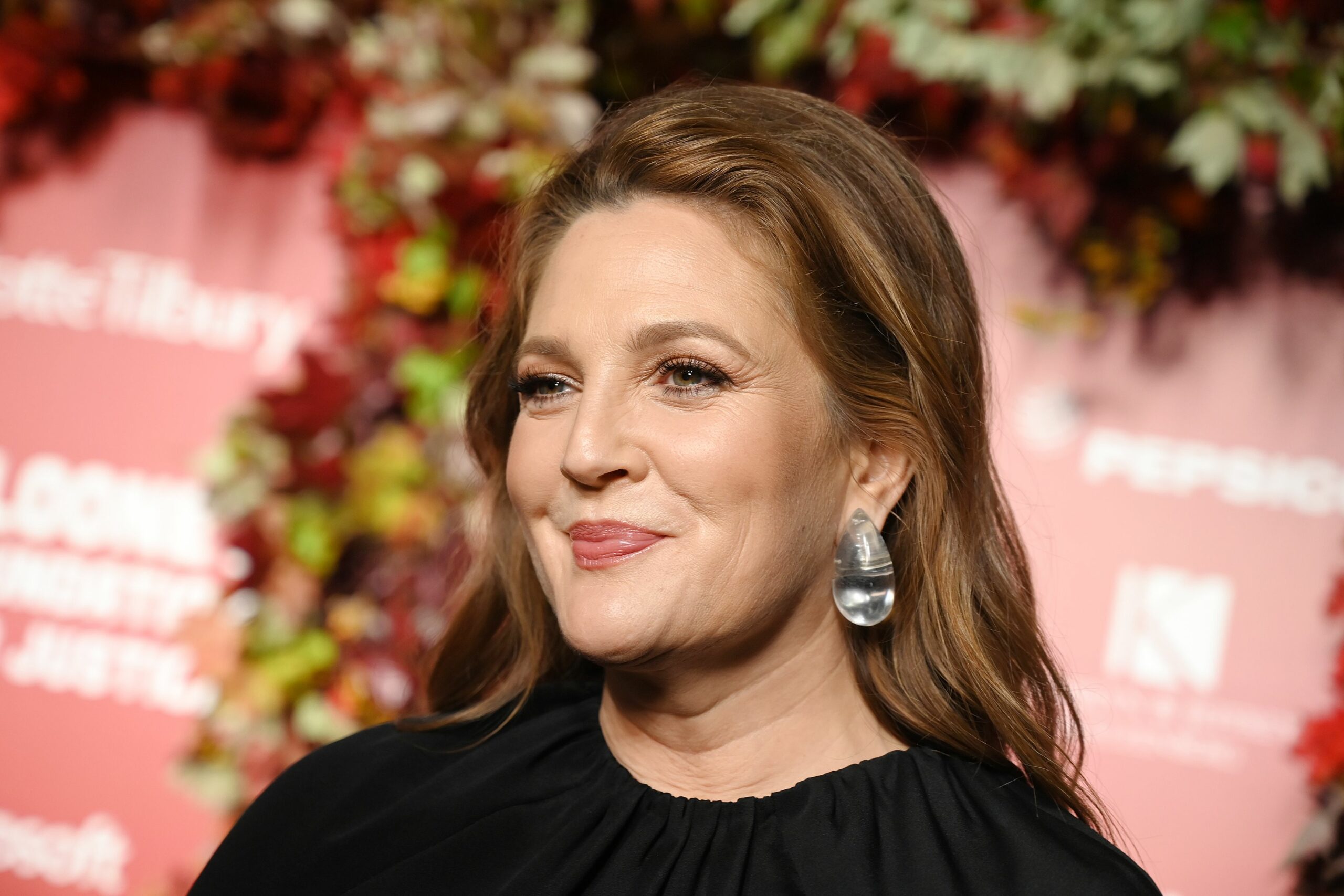 Drew Barrymore, who comes from a family of actors is also a producer, director, author and talk show host.  Although becoming an actor was in her genes, she won the hearts of millions of people as a 7-year-old Gertie in the blockbuster movie E.T.: The Extra Terrestrial. Later that year, the young actress became the youngest host ever on Saturday Night Live.

One of the top searches for Drew Barrymore on Google is “Is Drew Barrymore In A Relationship?” People are still curious to know who she is with and how serious it is. In this article, we will explore every relationship that she was in and more!

Although she stepped into the limelight when she was only 7 years old, she grew up in front of the world. Many fans got interested in her love life as she started dating.

In one of the episodes of The Drew Barrymore Show, the actress revealed that she dated Meyer when she was in grade school. 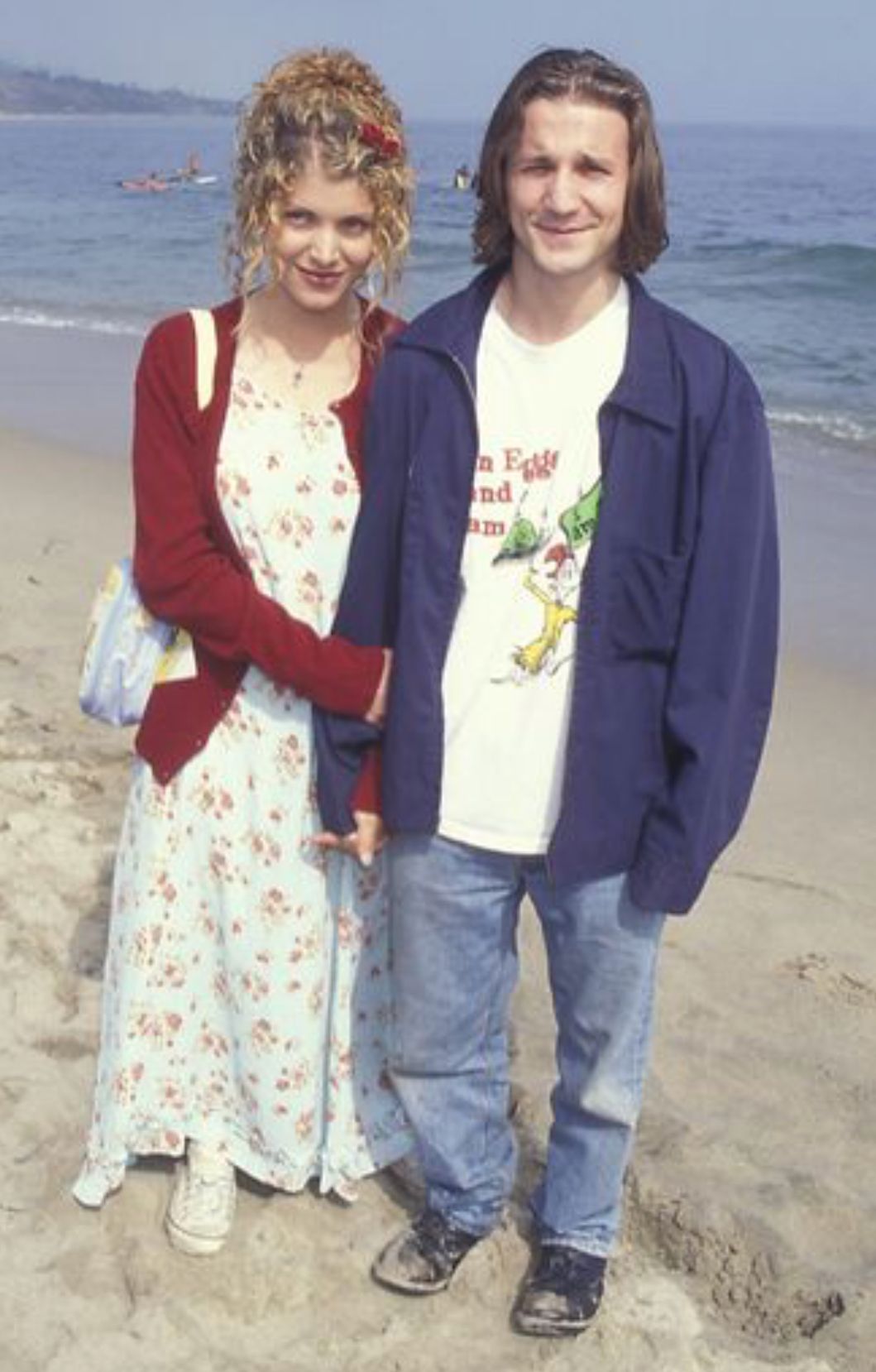 Feldman was Barrymore’s first official boyfriend. He was a teenage movie star, and the two dated briefly in 1989. However, they were smitten with each other and made their relationship official at the Moving Picture Ball. The two lovebirds started dating in 1990. They did not last long and parted ways a year later. Not much is known about their relationship. 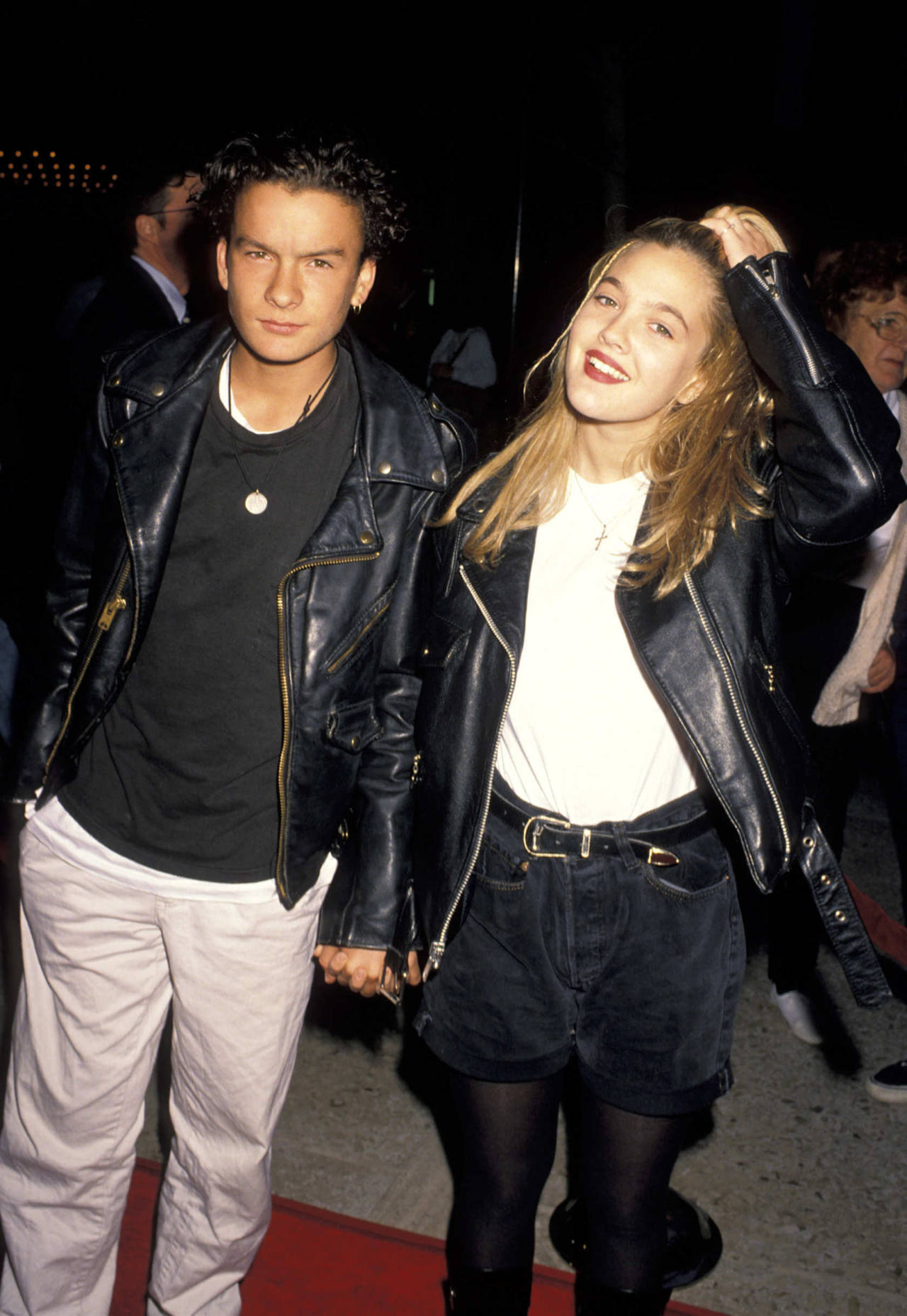 The two were linked together long before they did Scream and Never Been Kissed together. There was no confirmation or denial from either of them about being in a relationship. It is believed that the then 23-year-old Barrymore fought to get the 29-year-old Arquette cast in Never Been Kissed.

Barrymore was around 21 years old when she struck up a romance with the famous singer-actor Jamie Walters in 1992. The two even got engaged before parting ways in 1993. 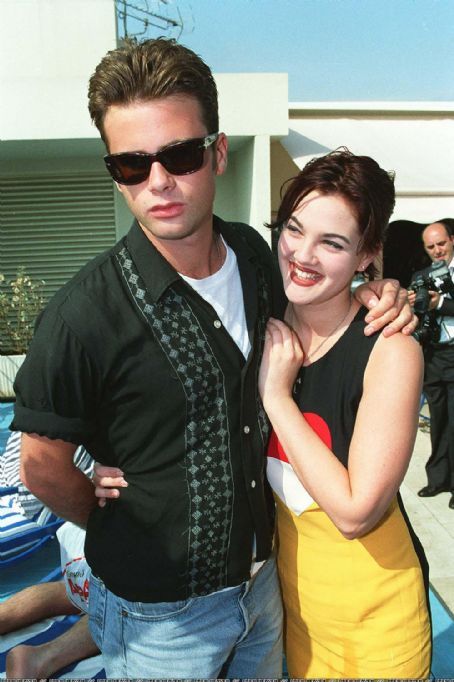 This relationship was more serious than the others. The Los Angeles bar owner and the actress fell in love and got married in 1994. However, things went sour shortly after and they decided to get divorced within two months of marriage. 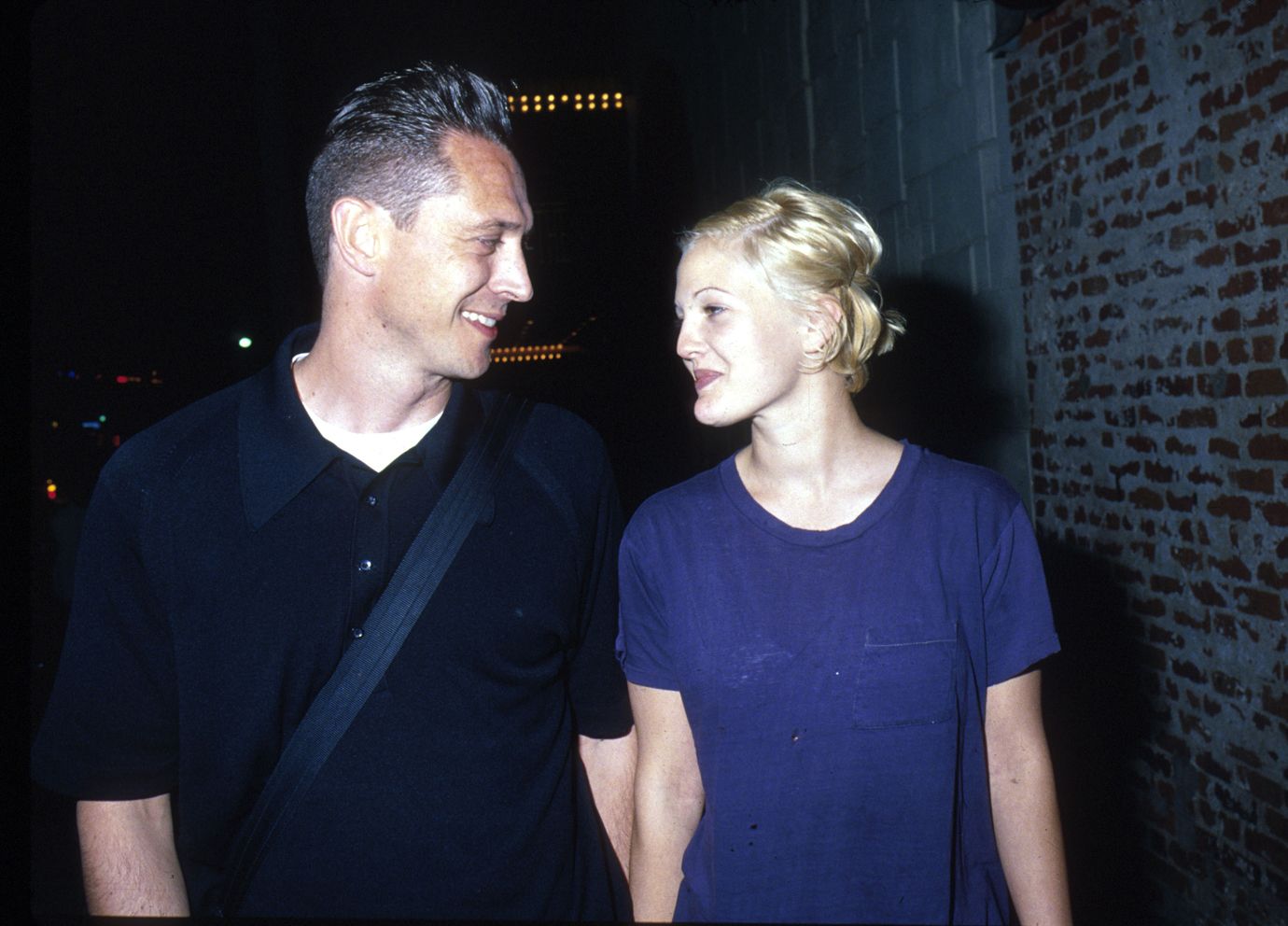 The two shot together for the movie Everyone Says I Love You in 1996. They were rumored to be an item although neither of them confirmed or denied. 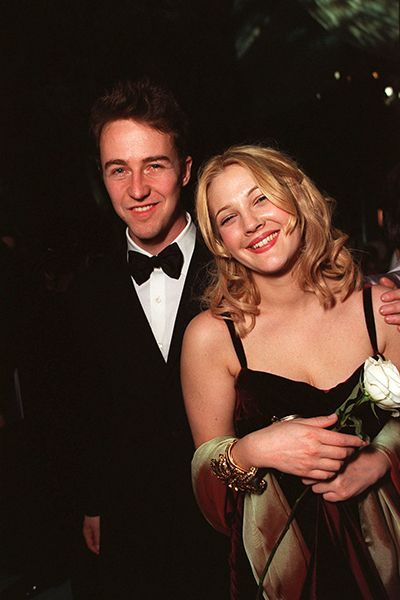 For actors, it is common for romances to start at movie sets. Luke Wilson and Drew Barrymore also seemed to fall for each other on the sets of Home Fries in 1998. Their romance ended a year after the movie. In an interview, Barrymore accepted that she “dated him.” She also added she thought he was “dating other people”. She also mentioned that it was “an open relationship” and that they were both young at that time.

In 1999, Tom Greene and Drew Barrymore got together. By 2000, they were in love and happily married. Unfortunately, this time around love faded quickly again and the couple filed for a divorce in 2001. But that is not the end of it, the couple did reunite over 15 years later on Barrymore’s show.

This was perhaps one of Barrymore’s longest relationships. The couple started dating in 2002. She gave an interview to Harper Bazaar and said “The longest I’ve ever been with someone was, like, two to three years, so I’m in uncharted waters.” 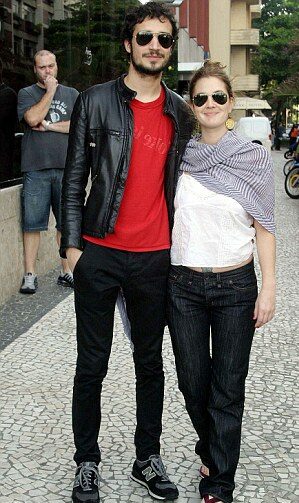 She also added that “Right now, I’m more into championing him as a human being than gushing love for him.” That is perhaps not the best words to say about your partner. They ended up breaking up in 2007.

The celebrities’ lucky stars connected in 2007 but they ended up parting ways one year later. However, it seemed that they “long-ed” for each other as they started dating again in 2009. This was before they did He’s Just Not That Into You and Going The Distance. Explaining the relationship, Barrymore said “Justin and I, we were together at a time when the stakes were low. We weren’t thinking about marriage or children. We were just having fun.”

Barrymore took a year’s break after the breakup with Long. However, love found its way to her heart again, this time with the former CEO of Chanel Will Kopelman. They started dating in 2011 and were married in 2012. The couple remained steady for four years of marriage before calling it quits. They have two daughters together Olive 10, and Frankie 8. Speaking of the divorce, Barrymore said that she took it “really hard”.

Barrymore Swore Off of Men

In one of the interviews on her show with Jane Fonda, Barrymore said she related to the 82-year-old’s comment about having “sworn off men.”

In the interview, Barrymore said “I think I’m there and have been there for the last five years. Why am I here, why are you here, what’s happening?” 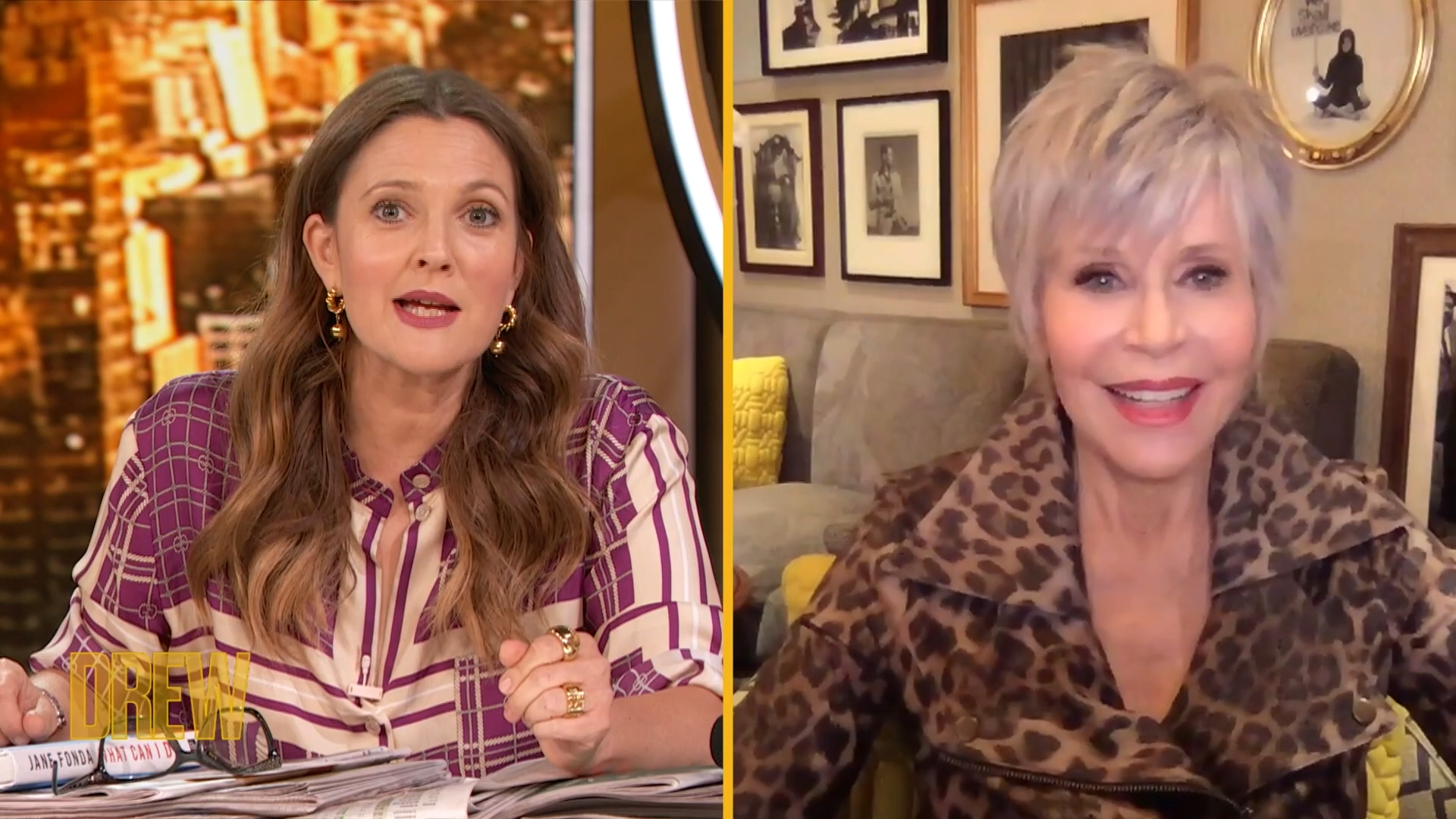 However, Fonda said that Barrymore was too young still. She also added that she had made the comment after realizing that her life was fulfilling enough without having a romantic partner.

Barrymore agreed and said, “I’m not closed for business but I have been in exactly that mentality for the last five years thinking, I just don’t have the bandwidth, I just can’t fit it in.”

Her fans hope that she does not give up on the idea of love and that she finds someone who is right for her and will be there for her.