Hollywood actress Kirstie Alley best known for her role as Rebecca Howe in NBC’s show  Cheers has left for the heavenly abode. The Drop Dead Gorgeous star passed away at the age of 71 on December 5, 2022, after a battle with cancer.

The news of the actress’ death was confirmed by her two children: William True and Lillie. Over the years, Kristie may have played various roles, but her favorite one was being a mom to her two kids. Kirstie Alley was a doting mom to her two children: William True and Lillie. In the statement issued on Alley’s official Instagram page, the siblings confirmed that their “incredible, fierce, and loving mother” had passed away.

They said, “As iconic as she was on screen, she was an even more amazing mother and grandmother.” They also remembered her “zest and passion for life, her children, grandchildren, and her many animals, not to mention her eternal joy of creating, were unparalleled and leave us inspired to live life to the fullest just as she did.”

How many kids did Kirstie Alley have?

The answer to the above question is two. The Star Trek II: The Wrath of Khan actress became a mom for the first time in the year 1992 when she adopted her son William True (who goes by his middle name) with her then-husband, Peter Stevenson.

Nearly 2 years later, the former couple added another member to their clan. Kirstie and Peter adopted their daughter Lillie in the year 1994. The pair parted ways and got divorced in 1997. They continued to have joint custody of their kids. In a 2006 interview with People magazine, Alley said, “My best quality is that I’m grandmomther.” In 2016, she became a grand mom for the first time after True welcomed a son of his own. At that time, she posted a snap of her son True holding his newborn baby.

Then, the For Richer or Poorer actress tweeted, “When your son has a son … bliss … yes this is my secret happy news as promised … Welcome Waylon Tripp Parker.” Later that year, she celebrated Christmas with her grandson Waylon. She described the occasion as  “stupendous and exhilarating.”

Kirstie and Peter first became parents in the year 1992. Later on, Alley opened up about her fertility struggles and even revealed that she suffered a miscarriage in 1990 when she was three months pregnant.

In her 2005 book titled, How to Lose Your Ass and Regain Your Life, she shared her physical and mental struggles after her pregnancy loss. She wrote, “When the baby was gone, I just didn’t really get over it. Neither did my body.”

The Celebrity Big Brother alum added, “I so throughly convinced my body that it was still pregnant after nine months that I had milk coming from my breasts. I was still fat, I was still grieving, and I had just been told it was very possible I would never be able to have children.” Then, Peter and Alley decided to adopt and the pair welcomed their son William True nearly two years after the pregnancy loss. While growing up, True stayed away from the flashing cameras. Over the years, Kirstie talked about her kids in public.

During a 2006 interview with People, the Look Who’s Talking Now star spoke about her kids: William True and Lillie. Then, she said, “They are very protective of me.” She also went on to say that her kids were one of her inspirations for getting healthy.

The Jenny Craig spokesman also wrote about why she was working towards her goal of feeling more confident in a swimsuit. She added, “My kids are always in the pool or the ocean or some lake beckoning me to come in.”

Then, in 2006, Kirstie made an appearance on Oprah’s show in a bikini and to celebrate her weight loss journey. Then, she told the host of the show Winfrey, that she was able to do so with the support of her kids. She recalled, “I said to my kids, ‘Can I do this? Will I embarrass you?’ They were laughing about it.” William tied the knot with his high school sweetheart after one year of dating. At that point, he was only 17 years old. Before her son’s nuptials in 2010, Kirstie told Ellen, “I feel good because they’re really in love. True’s got a level head. He’s a good guy. He’s very monogamous and he’s very sweet with her.”

Alley concluded by saying, “I think if somebody’s in love and wants to be married then let them be in love and get married.” In 2016, True and his wife welcomed their first child, a baby boy. They named their son Waylon Tripp Parker. In June 2016, Kirstie posted a photo of the newborn on Twitter. She simply captioned the snap, “Just GOTTA send one more.. proud Gammy.”

A few months later, Kirstie celebrated her first Christmas as a grandmother with then-six-month-old Waylon. She told People magazine, the holiday was ‘amazing.’ She further added, “My son and his girlfriend came to work for me for three months, so I had my grandson with me for three months and it was nothing short of stupendous and exhilarating.”

The Kirstie Alley’s Big Life star continued, “When I got up in the morning, as soon as that baby was up, I was holding that baby, traipsing around with him and showing him all the Christmas lights and singing to him.”

Alley also explained the joy of seeing her own son William True who is 30 years old on his fatherhood journey. She said, “It’s heartwarming to see your own child have a child. My son and his girlfriend are amazing parents. I couldn’t have dreamt of anyone being better parents.”

Kirstie added, “I always knew my son would be because he loves babies, he’s always loved little kids, they’ve always gotten along really well with him. He’s just an excellent dad, really hands-on. Both of them are just amazing.”

Kirstie and Stevenson expanded their family in the year 1994 when they adopted their daughter Lillie. Over the years, Lillie accompanied her mom to various red carpet events including the premiere of Sydney White in 2007 and a charity gala in 2011.

Just like her brother True, Lillie also stayed away from the spotlight for most of her life. She found love at a young age with her boyfriend Nick Trela. As per a report by Daily Mail, the pair began dating when Lillie was 16 years old. When Lillie was 20, her boyfriend Nick tragically passed away in a motorcycle accident in Los Angeles in 2014. In the pictures obtained by Daily Mail, Kirstie’s close friends John Travolta and Kelly Preston were spotted attending the memorial service for Trela with Alley and her daughter Lillie.

In 2017, Lillie paid a sweet tribute to her mom Kirstie on the occasion of Mother’s Day. Then, she posted a beautiful throwback picture of herself and her mom on the social media platform Instagram. “Happpy Mother’s Day ❤️,” she captioned the throwback photo of the mother-daughter duo.

During that same year, Lillie announced that she was engaged to her boyfriend Chaffee Burkhart Graham. She shared the piece of good news with her well-wishers on the social media platform Instagram.

“Yesterday the love of my life asked me to marry him. There is no one in the world I would rather spend every day with. You are my favorite and I cannot wait to call you my husband!” Lillie wrote alongside a photo of the pair kissing while Lillie flaunted her stunning ring. 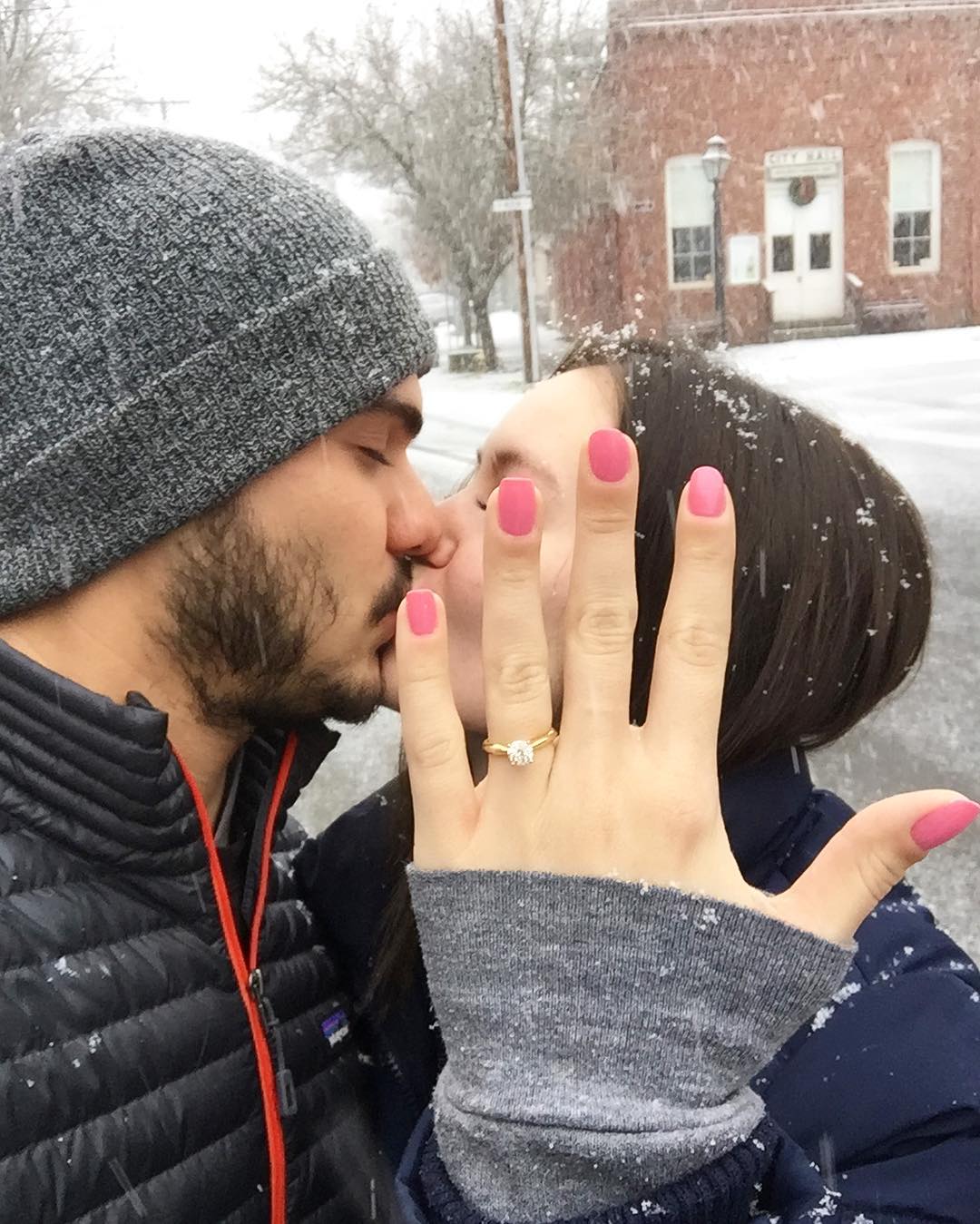 Last year, Lillie who is 28 years old now took to her Instagram to announce the arrival of her son. “Ripp Woodrow Graham. You are perfect. Thank you for making me a mother 💙,” she wrote next to a polaroid snap of the family of three on the social media platform Instagram.

Lillie and Chaffee’s son Ripp turned 1 earlier this year in May. She marked the special occasion with a cute Instagram post. She posted a collage of photos of her son on Instagram which also consisted of snaps from his birthday party. She also shared a snap of her son riding the pony on Instagram and captioned it, “My best friend. thank you for making me a mama. i love you more and more every day.”

We must say Kirstie Alley was a proud mom of her two children, William True and Lillie. Sending love, light, and strength to both of her kids during this hard time. Don’t forget to stay tuned with us for the latest updates from the world of showbiz.