Erin Moriarty, who is known for playing Starlight in “The Boys” has come out strong against those who trolled her. Erin feels “silenced, dehumanized and paralyzed” by the constant sexually offensive commentary by fans despite her hard work on the character of Starlight. Referencing an article which highlights the issue, Erin posted a note on Instagram which will surely make you feel that bullying is lighter. 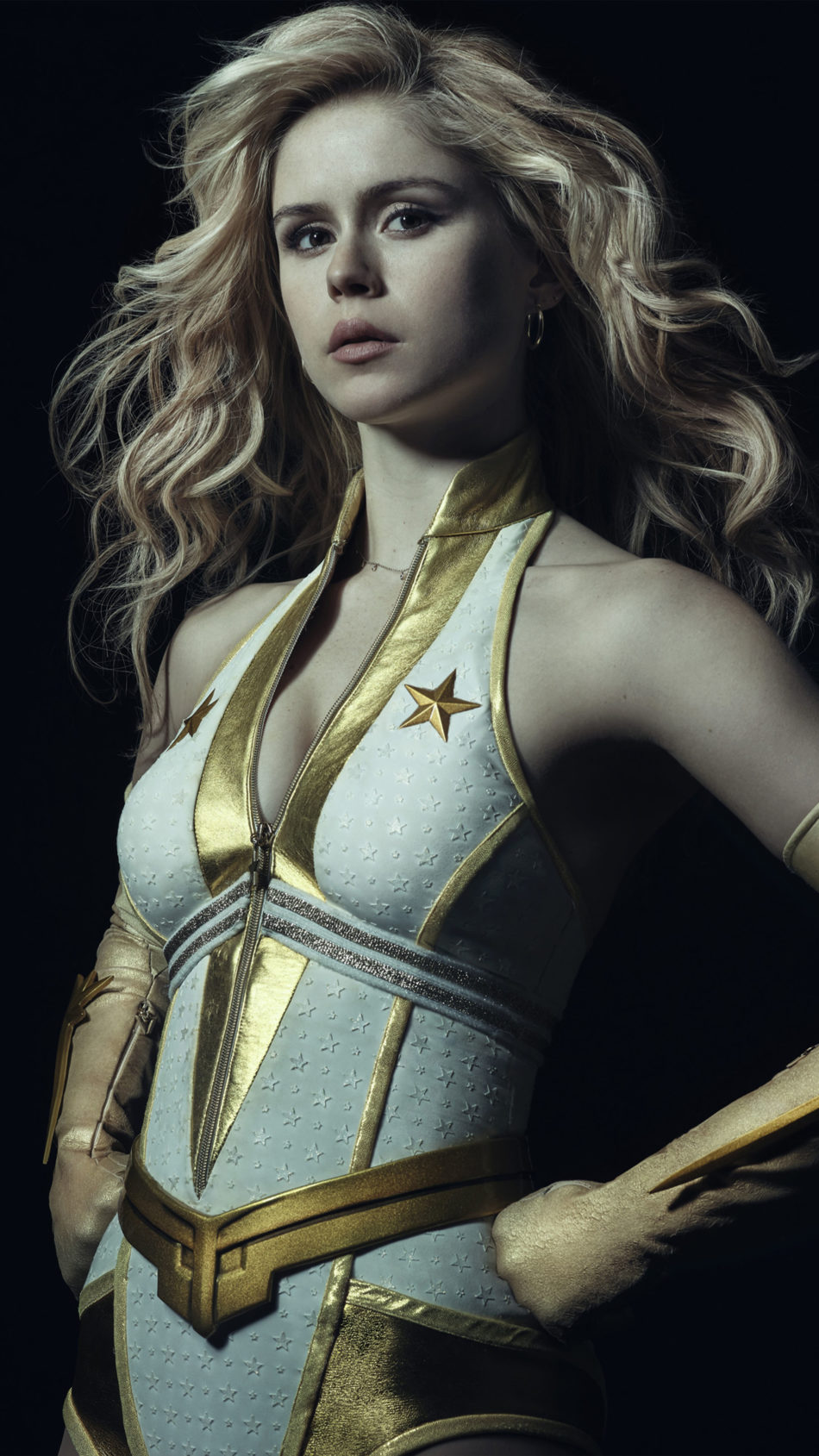 Starlight Is Fictional, Erin Is Not!

On Tuesday (Sept. 7), Erin Moriarty, who plays Starlight in “The Boys” shared a heart-melting post while referencing an article written by the show’s enthusiast. The article is titled “#ISTANDWITHSTARLIGHT? The Betrayal Of Erin Moriarty By ‘The Boys’ Fans. The article is written by someone who goes by the username @butcherscanary.

This article mentions how the “toxicity of masculinity crushes and controls women” in the entire show. It notes that Starlight, as a character, is sexualised and silenced, also treated like a “celebrity canvas” rather than a human being with her own voice.

The writer’s article notes that the “torment doesn’t end for her when the credit starts, because there is no switch off.” The writer, who calls herself Anna, she/her on Instagram, referred to the real-world impact on the actress as a result of these trolls.

Keeping forward her own voice, she captioned her post with a long note. She mentioned that she feels ‘silenced, dehumanized and paralyzed’, stating that she has put in blood, sweat and tears for the role of Starlight in all these seasons of “The Boys”. Narrating that she has actually grown up in this character’s shoes, she emphasises grown up by writing: “we change and evolve mentally and physically”.

Erin thanked the social media user who wrote this article and brought forward the issue of how Starlight has been objectified time and again. As a consequence, Erin has to face sexually offensive commentary every now and then. Well, let’s not forget, that Starlight is fictional, Erin is not.

Erin On Being The Bigger Person… Erin Moriarty has brought forward the “misogynistic trolling” she underwent by some fans as the character of Annie January’s “Starlight” has been heavily criticized throughout the season. Male actors on the show have been “bearded”, clean shaved and even burst out from someone’s a**, but they were never trolled. As for Starlight, fans have been really cruel.

While the show has provided us with real entertainment, the harsh consequences have been borne by Erin Moriarty, a lady who merely plays the role she’s given. Erin has openly called out all the trolls that have been “cruelly overwhelming”. But, she is the bigger person here.

She concluded by writing: “everyone’s going through their own battle(s); let’s not add to that. I will never intentionally (and ESPECIALLY) publicly add to yours. This has only strengthened my empathy muscle and to anyone who comes at me: I see you, I don’t hate you, I only empathize and forgive.” Instagram users immediately took to the comment section to show her 100% support. Antony Starr, who plays Homelander on “The Boys” wrote: “support you and what you say here 100%. Well put 😉 Your work on the show is and always has been stellar and you are beautiful inside and out. Keep shining 😉 xo”

Nesta Cooper wrote, “Love you, you are a role model as Starlight and as beautiful YOU.” Bonnie Wright wrote: “Knowing you as I do, I know with every bone in my body how much dedication you bring to your work, your character, the story and your collaborators. I love and respect you so much. You have given everything to Starlight like you always do ❤️.”

Jack Quaid showcased his full support by writing: “Love you, Erin. We’re all here for you. You’re such an incredible, talented force of nature and I consider myself incredibly lucky to know you. Keep shining bright. Leave the trolls to us. We got your back.” Well, it means a lot to her to find such support from her male co-stars instead of them being defensive.

From A Writer’s Point Of View… The article written by this social media user seems rational to me. The writer has not only brought forward Starlight’s case but she also highlighted the taboos that still continue to exist in our society.

While narrating the truth that even male actors from the show may have gone through the same phase, the obsession with Starlight’s looks and objectification is unmatched. For this, the writer quoted an example, wherein she wrote: “Antony Starr has openly joked about his muscle built into a suit.” However, the writer emphasises that she has never seen a negative comment body-shaming him about the same.

On the other hand, Erin Moriarty has to undergo criticism every now and then. It seems like people have forgotten that at the end of the day, the character of Starlight is fictional, but Erin is very much real. 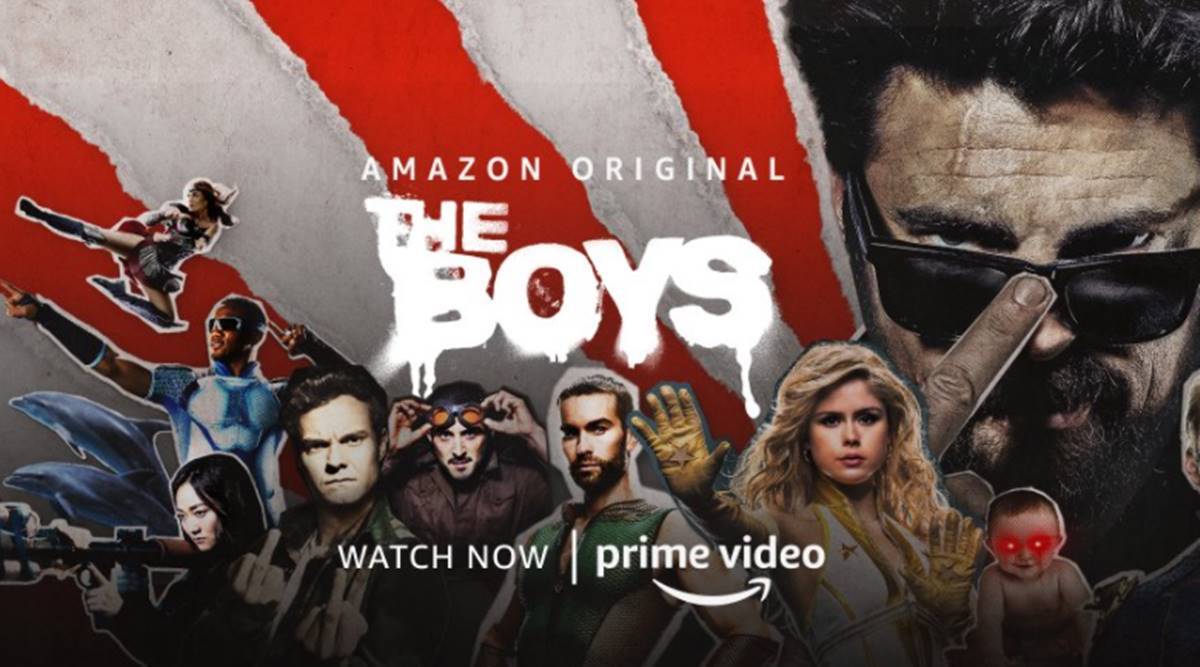 Overall, “The Boys” has received critical acclaim for its storyline, humor and performances by the cast. As for its sexual content, you must recall the episode “Herogasm” which was all about ‘airborne penetration, cursing, dildo-based maiming’ and things that you may not imagine.

While for an audience like me, it’s normal to watch a series full of gore and sexual content, for some it’s not. But in that process, let us not forget that such sexually explicit commentary on someone merely playing a role is acceptable. As an actress, Erin has nothing to prove when it comes to her abilities. If you’re a fan of “The Boys”, what do you think about this issue?