Elvis Soundtrack: List of All Songs Played in the Movie

Spectators of Elvis Presley, we have some exciting news and a great new soundtrack for you.

Austin Butler gave a stellar performance. Spectators can’t think of anyone doing better. Because it is clear that he studied Elvis’ mannerisms and stage presence.

The audience can clearly picture him receiving an Academy Award nomination. Elvis was the artist who sold the most records. Everyone is always saddened to remember Elvis and his enormous talent. 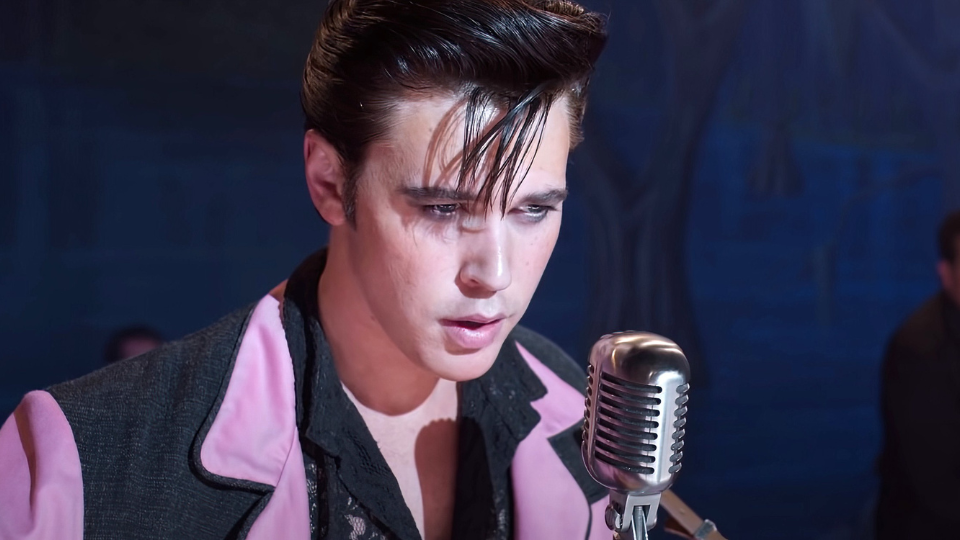 As well as how the entire country and the world mourned his death. His charisma and stage presence have never been matched to this day.

This movie gives a mystical look into one of music’s all-time greats and the ways in which he shaped contemporary music. There have to be some outstanding songs in this movie because it centers mostly on a musician, and guess what?

The soundtrack of the movie was also given a lot of attention by the creators, and we can’t wait to share it with you. Let’s go through the list below.

Elvis Presley doesn’t need a band, we must say. All the instruments are in his voice. Put on some nice earbuds or headphones of a high caliber and listen to this vocal. You’ll undoubtedly repeat it after doing so.

Elvis, Also Sprach Zarathustra is mentioned as though he is performing the song alone. The best part was when he performed this song live in Honolulu. Fans undoubtedly experienced chills while watching it, and we can only imagine how incredible it must have been in person!

We believe that Doja Cat’s ability to rap and sing is what makes her such a phenomenal performer. She can use a lot of complimentary contrast as a result.

And her verses don’t sound repetitious or pointless. Unlike other songs, this one’s lyrics reveal a deeper significance.

4. The King and I By Eminem and CeeLo Green

It’s clear why this man is one of the greatest of all time given that he is 50 this year and still conquering. It’s one of those songs that gets better with each playthrough.

Swae Lee never misses on movies’ soundtracks. Now it feels like not having Sawe Lee on a movie soundtrack is against the law!

6. I Got A Feelin’ In My Body By Elvis Presley and Stuart Price

It’s lovely to hear Elvis melodies again after a long absence—after all, it was obvious that the legends’ songs would make up the majority of the soundtrack for this movie.

His best song to date must be this one! Undoubtedly, Elvis performed while this song was being played live. He clearly had more fun than the shouting girls because of the way he interacts with the audience as a cat interacts with a mouse.

8. Don’t Fly Away (PNAU Remix) By Elvis Presley and PNAU

Like Elvis Presley’s previous songs, this one is deserving of success. The current number one single for Elton John and Dua Lipa, “Cold Heart,” was produced to perfection by P’nau.

Although it is truly tragic that Elvis’ career only lasted 22 years, his impact, music, and narrative will endure forever. We can only imagine how happy he would have been to hear this version of his song if he had been alive at the time.

10. Product of the Ghetto By Elvis Presley and Nardo Wick

For three minutes straight, this song features Elvis and Nardo being cool. The public was always anticipating their entrance onto the same track.

11. If I Can Dream By Måneskin

It took a lot of courage to record this song. Damiano and Elvis share a birthday. We are sure Elvis would have loved this rendition.

Damiano has an incredible voice, we are so glad their career with the band is flourishing and we hope they can give us more masterpieces like this.

We adore Stevie’s voice’s eerie nature and the song’s start. They couldn’t have chosen a better singer for the soundtrack than Chris, who sounds better than ever.

Austin Butler is absolutely amazing! So glad he got chosen for this role. Vanessa Hudgens really manifested that he got this role and he did! We’ve seen him grow into a great man.

This song can help you start your day off well if you listen to it in the morning.

We’re pleased Elvis discovered this song and made it amazing in the way it is now. Because this woman undoubtedly has a powerful and wonderful voice.

As soon as this music begins, our inner energy causes us to lose concern about those around us and simply groove to the beat and dance.

17. Strange Things Are Happening Every Day By Yola

This music was employed flawlessly in a flawless scenario. The strange aspect is that this song is so underrated and proves the title right which says, strange things do actually happen every day.

We will always be grateful to Bez and Austin for making this incredible movie and introducing the world to the joy of Elvis through his music.

19. Let It All Hang Out By Denzel Curry

Some people feel that there was too much hip-hop in this mix, while many are happy that the producers primarily used rock and blues. The overall music and genre blend were excellent.

Austin, though, gives a fantastic performance and a really compelling interpretation. He gave his portrayal of Elvis a lot of thought, devotion, respect, and emotion, and it really paid off on the silver screen.

21. I Got A Feelin’ In My Body By Lenesha Randolph

In this song, Elvis’s spirit was as passionate and charismatic as his body was full of melody.

This is how you give a song fresh life. The piano in this song reminds us of Solitude Is Bliss’ collapse.

Elvis song combinations don’t get any wilder than this. Sadly, this amazing song was played during the movie’s credits.

Imagine the fact that millions of people can still watch Elvis play today despite the fact that people in the 1960s had no idea this technology would exist.

25. Sometimes I Feel Like A Motherless Child By Jazmine Sullivan

the incorporation of her body and soul into the melodies. Her voice carries hurt, frustration, and fury.

26. If I Can Dream (Stereo Mix) By Elvis Presley

At the very least, everyone needs this music during hard times. Because it is the ideal song for the challenging issues we face today.

27. Any Day Now By Elvis Presley

It saddens us that this style of music filled with love and soulful passion is no longer the norm. Is there anything that he could not sing? The range, emotion, and feeling in this song are beyond human capability.

28. Power of My Love By Elvis Presley and Jack White

It’s going to be a good day if you wake up to a new Jack White song. Jack has entered a unique space while playing his guitar, we must admit.

29. Vegas Rehearsal/That’s All Right By Austin Butler and Elvis Presley

As a kid, most of us probably got annoyed by how much our parents played music like this, now we cherish those memories and realize those are the best days of our lives. We also adore the background singers in this song.

Well, Elvis Presley was and always will be a legend who was forever truly destined for the greatness of great songs.

Have you seen his movie yet? What do you think of the music featured in the movie? Have any of the songs been missed? Don’t forget to let us know in the comments section below.