While American actress Ellen Pompeo was spotted in Ney York, her longtime husband, Chris Ivery was spotted having a good time with a mysterious blonde at a celeb hotspot Nobu in Malibu, Califonia.  The music producer was photographed pulling out several dollars from his pouch before heading to his car. What’s The Connection Between The Two? While it’s okay to have a casual dinner with a friend, Chris Ivery got paps on their feet after he was photographed with a mysterious blonde Thursday (Nov. 16) afternoon. During the same time, his longtime wife, Ellen Pompeo was captured alone in New York.

The mysterious blonde was seen having dinner with Ellen’s husband, who  was dressed in a rather casual attire, wearing a white hooded sweatshirt and a black bomber jacket over it. The music producer wore baggy drawstring pants, completing the look with an LA dodgers cap and white sneaks.

ummm.. I could say so many things about each of these photos, especially why we know the girl from Instagram hahahaha. pic.twitter.com/b2yuJCfZib

As per the photos, the mysterious blonde donned a black mini dress and a trendy oversized beige blazer. The two were later accompanied by a guest at a celeb hotspot Nobu, in Malibu, California. Since then, many have been wondering about the identity of this blonde. Well, the causal outing has certainly raised brows in the H-town. However, Chris hasn’t responded to requests for comments. 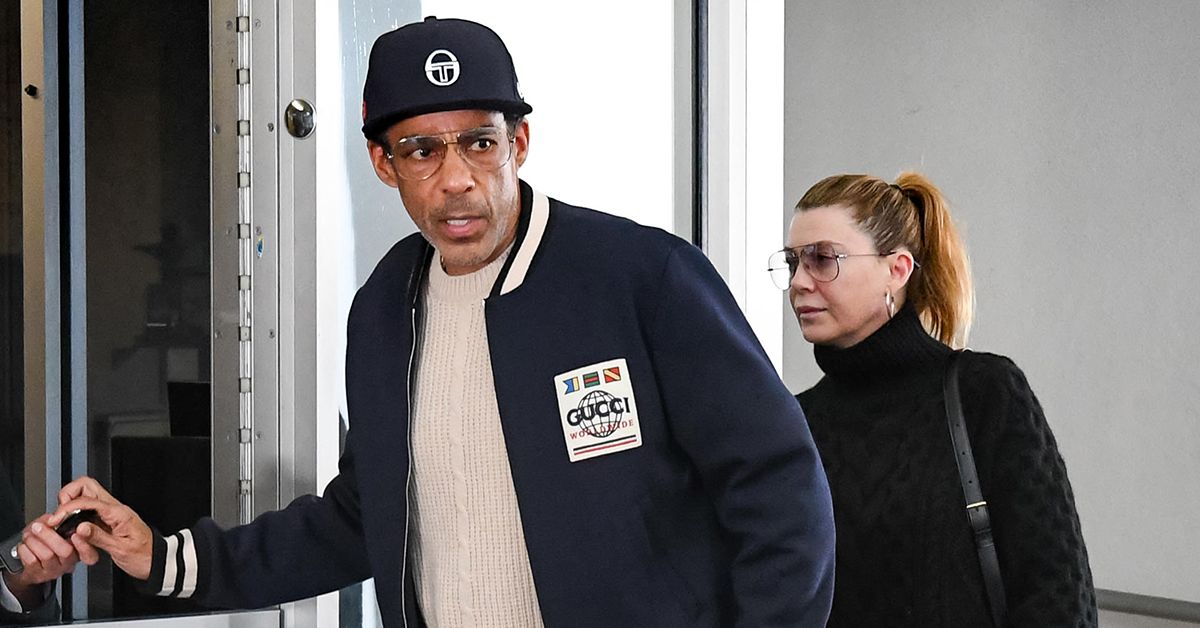 To our knowledge, Chris Ivery and “Grey’s Anatomy” star, Ellen Pompeo are a happy couple. The two stars have been married since 2007 and share three children together, namely: Stella Luna, 13, Sienna May, 8, and Eli Cristopher, 5.

Pompeo met music producer Chris Ivery in 2003, and the couple tied the knot in November, 2007. After two years, she gave birth to their first child, Stella, and later welcomed daughter Sienna via surrogate in 2014 and son Eli in 2016. Previously, the two stars garnered attention after it came out that Chris struggled with Ellen’s chemistry with her “Grey’s Anatomy” co-star Patrick Dempsey.

Fans genuinely rooted for this on-screen couple even when Derek was killed in Season 11. The Enchanted star told Deadline in November 2020 that it felt “very special” and “really comfortable” to film scenes with Pompeo again, referencing his return in Season 17 in the form of dream sequences.

Chirs Ivery, who was initially thrilled with their chemistry, later struggled after discovering how steamy the show was. Chris and Ellen met approximately six months before she filmed the Grey’s Anatomy pilot.

“Poor guy had no idea what he was getting into,” the Catch Me If You Can actress explained during a July 2021 episode of the “Ladies First With Laura Brown” podcast. But then, decided to give more importance to her personal life, and spoke about giving more importance to Chris and her family.

“I made choices to stay on the show. For me, healthy home life was more important than career,” she said on the “Jemele Hill Is Unbothered” podcast. “I didn’t grow up with a particularly happy childhood. So to have a happy home life was really something I needed to complete to close the hole in my heart.”

About Chris Ivery’s recent spotting, there have been no reports of any turbulence between the married couple. Chris and Ellen were last spotted together in public in July as they attended the Dolce & Gabbana Alta Moda women’s show. Ellen too hasn’t reacted to this situation yet. Well, we never know what’s cooking. Keep reading for more updates.