Is there trouble in the paradise of the Stranger Things co-stars Natalia Dyer and Charlie Heaton? Not long ago, Charlie Heaton was spotted out and about in the public with a blonde woman who had her arms wrapped around his neck.

Charlie and the blonde woman were snapped together at the All Points East music festival in Victoria Park, London. Continue reading further to learn the current relationship status of Charlie and Natalia. Did Charlie Heaton and his ‘Stranger Things’ co-star Natalia Dyer break up?

The breakup rumors of Charlie Heaton and Natalia Dyer began swirling in the air when a photo of Charlie with a blonde woman surfaced on the internet. It has been stated that Charlie and the unidentified girl were spotted at the All Points East music festival as part of a group.

Charlie’s Stranger Things co-star Natalia Dyer was nowhere to be seen at the music festival. This led to the start of the split rumor of the two stars. As of now, neither Charlie nor Natalia has made any official comment on the breakup rumors that have been circulating on the internet. 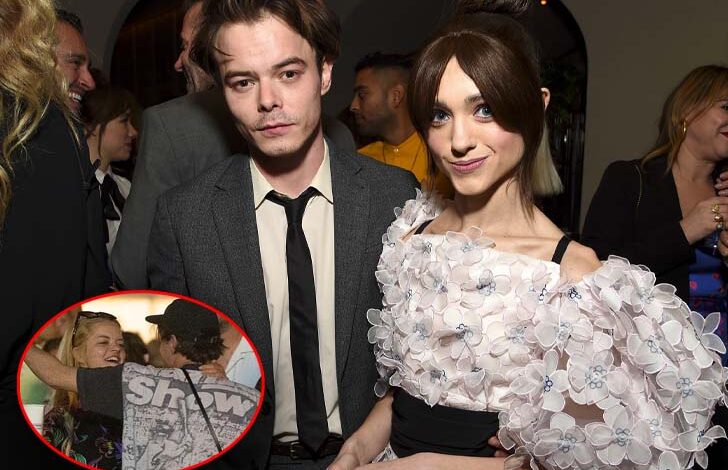 How did the fans react to the split rumors of Natalia Dyer and Charlie Heaton?

One user wrote, “charlie heaton and natalia dyer ARE NOT broken up you guys!!! that girl is charlie’s close friend.”Another user tweeted, “never in my life did i think i’d care abt a straight relationship but if natalia and charlie ever break up i’m actually k wording myself.”

Followed by a fan who penned, “people are bulshitting that natalia dyer and charlie heaton broke up and he’s with another girl but the girl they are talking about got married last month and natalia and charlie were at her wedding, lmao.” Another fan tweeted, “Charlie Heaton and Natalia Dyer are trending, please ignore Daily Mail. He’s been hanging out with his friends and family. The girl he hugged was his friend who’s wedding he and Natalia went to a couple of weeks ago. Please y’all just chill.”

These were a few reactions of the fans to the breakup rumors of Charlie Heaton and Natalia Dyer.

The Twitter user stated the woman in the photo is East Yorkshire-based surface designer Lauren Cherice. The social media user went on to say, that the blonde woman who was spotted hugging Charlie at the music festival was already married. As per the pictures, it can be deduced that Heaton is good friends with Lauren. Later on, a video of Natalia and Charlie at Lauren’s wedding also popped up on the internet. Did you think Charlie and Natalia parted ways? Kindly let us know your thoughts in the comments section below. Don’t forget to stay tuned with us for the latest updates from the world of showbiz.