Denise Richards launches an OnlyFans account! Recently, the Wild Things actress made her debut on OnlyFans nearly a week after her daughter Sami Sheen joined the NSFW site. Keep scrolling to learn more about Richards’ decision. 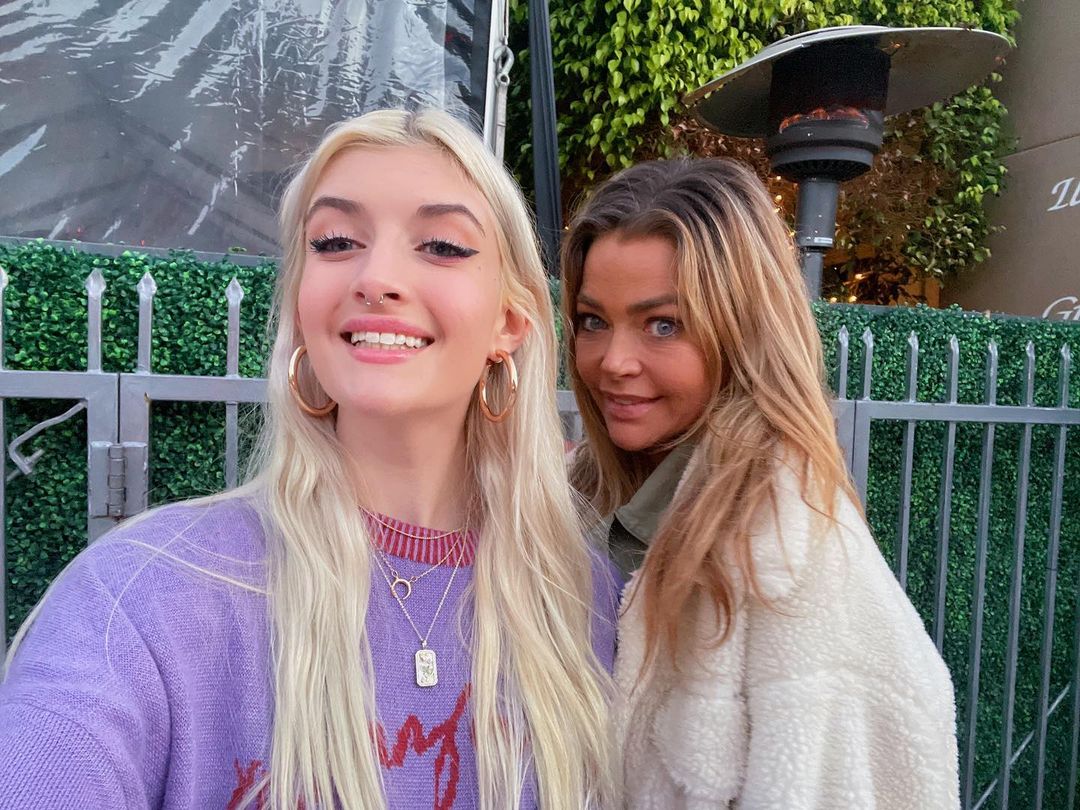 Denise Richards has joined OnlyFans after her daughter Sami’s debut

Yes, you heard it right, like daughter, like mother. On Thursday, the former Real Housewives of Beverly Hills alum took to her Instagram to share the news with her fans all over the world.

In the video posted by Denise, we can see her walking barefoot along a beach while wearing a white dress. It looks like she is having fun in the clip.

As soon as she dropped the news on the social networking service Instagram, many of her fans and friends expressed their thoughts on the same in the comment section of the post. The Bold and the Beautiful star Ashley Jones wrote, “Gurrrl! You go mama. Change the game”, meanwhile the social media queen Paris Hilton dropped an eye-heart emoji on the post.

For those of you who are unversed, let us tell you that OnlyFans is an adult site that is used to post nude or partially nude photos and videos at a premium price. Richards’ daughter just turned 18 in March. The high school dropout shared a snap of herself on June 14 that showed her looking at the camera from a hot tub while wearing a black bikini. She wrote, “click the link in my bio if u wanna see more 💋”, in the caption of the post.

Denise dropped a comment on her daughter Sami’s post that read, “Sami I will always support you & always have your back. I love you ❤️”

Irrespective of their complicated relationship, Richards has been her daughter’s No.1 supporter. At the time, she told Page Six, “Sami is 18, and this decision wasn’t based on whose house she lives in. All I can do as a parent is guide her and trust her judgment, but she makes her own choices.”

The former model clapped back at the trolls on June 18 for criticizing her daughter Sami’s decision of starting an OnlyFans page. She penned a long note on the social media platform Instagram and shut down all the trolls.

At the time, Denise wrote, “Lots of negative comments on my social this past week. I have to say, I wish I had the confidence my 18 yr old daughter has. And I also can’t be judgemental of her choices. I did Wild Things & Playboy, quite frankly her father shouldn’t be either. And to be able to ignore the negativity at her age? It took me many years and I still sometimes struggle,” on Instagram.

The World Is Not Enough star further added, “I’m in awe of her ability to be able to shut out the noise. Because it can destroy you. I recently learned about @onlyfans in the last few months. The judgment because men and women of the adult film industry are on there. I imagine there are on Instagram and Twitter as well.”

Richards continued, “Is there really a difference posting a picture of yourself in a bikini on IG? We’ve all done it. Because you get paid on Only Fans? I’m pretty sure IG & Twitter & Facebook do quite well off of all of us. Is it so bad to control it & monetize it too?”

Sami’s mom concluded by saying, “I’m sorry, but s–t if I can get paid and at my age? To see me in a bikini?!? God bless you. Perhaps I should open my own account. Oh and those of you who are so judgemental…. sounds like you might already subscribe to an @onlyfans account. Have a great weekend.”

How did Sami’s dad Charlie react to her joining OnlyFans?

Charlie Sheen did not like his daughter Sami’s move of joining OnlyFans. He blamed his ex-wife Denise for their eldest daughter’s account, which goes for $19.99 a month.

During an interaction with Page Six, the former Two and a Half Men star said, “She is 18 years old now and living with her mother. This did not occur under my roof. I do not condone this, but since I’m unable to prevent it, I urged her to keep it classy, creative and not sacrifice her integrity.” Denise and Charlie got married in 2002

Denise and Sheen got engaged on December 26, 2001. The Guardians of Justice actress tied the knot with the Ferris Bueller’s Day Off actor in the year 2002. The two of them said their vows on June 15, 2002, at the estate of Spin City creator Gary David Goldberg.

The former couple shares a total of two kids, both girls. Richards and Charlie welcomed their first daughter, Sam J. Sheen into the world on March 9, 2004. The pair’s second daughter Lola Rose Sheen joined them earthside on June 1, 2005. Denise filed for divorce from Charlie in March of 2005 while she was pregnant with the couple’s youngest daughter Lola. At the time, she asked for a restraining order against Sheen, alleging death threats against her.

As per the reports, Richards filed the divorce papers on April 19, 2006. Their divorce was finalized by the court on November 30, 2006. She has the primary physical custody of both their daughters and Charlie has visitation rights. Now, Denise is married to Aaron Phypers.

Do you think Denise made a good decision by joining OnlyFans just a week after her daughter Sami? Kindly let us know your thoughts in the comments section below. Stay tuned with us for the latest updates from the world of entertainment.