Demi Moore and her boyfriend Daniel Humm have made their relationship Instagram official. Recently, the Indecent Proposal actress dropped the first photos with her beau on the social media platform Instagram. Continue reading to catch a glimpse of their lovey-dovey photos. 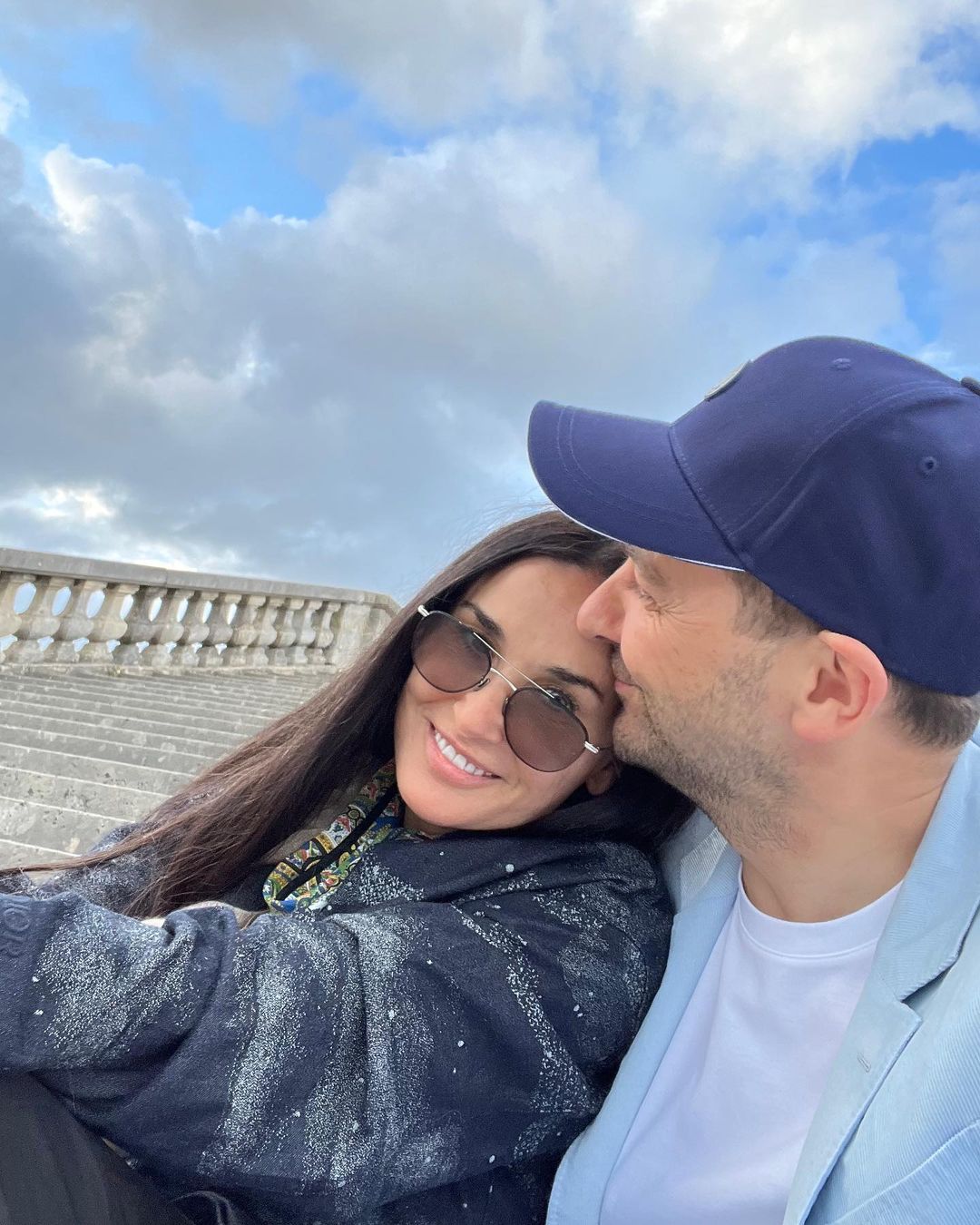 Demi Moore and Daniel Humm have their romance social-media official

On Tuesday, the 59-year-old took to her Instagram to share a series of pictures of herself and her boyfriend Daniel Humm. She also tagged her boyfriend on the post.

“Visiting the palace of kings and queens… Swipe to see the queen 🐶👑” she captioned the post.

In the first photo posted by the American actress, we can see the shadows of Demi and her chef boyfriend on the ground as they visited “the palace of kings and queens” while holding hands. In the second shot, Moore and Daniel are all cuddled up to one another. The Swiss chef and N.Y.C.-based restaurateur can be seen resting his lips on Moore’s forehead.

The third photograph displays the couple posing together in the midst of beautiful greenery. In the last shot, the pair is also joined by “the queen,” a.k.a. the actress’s pup whose name is Pilaf. 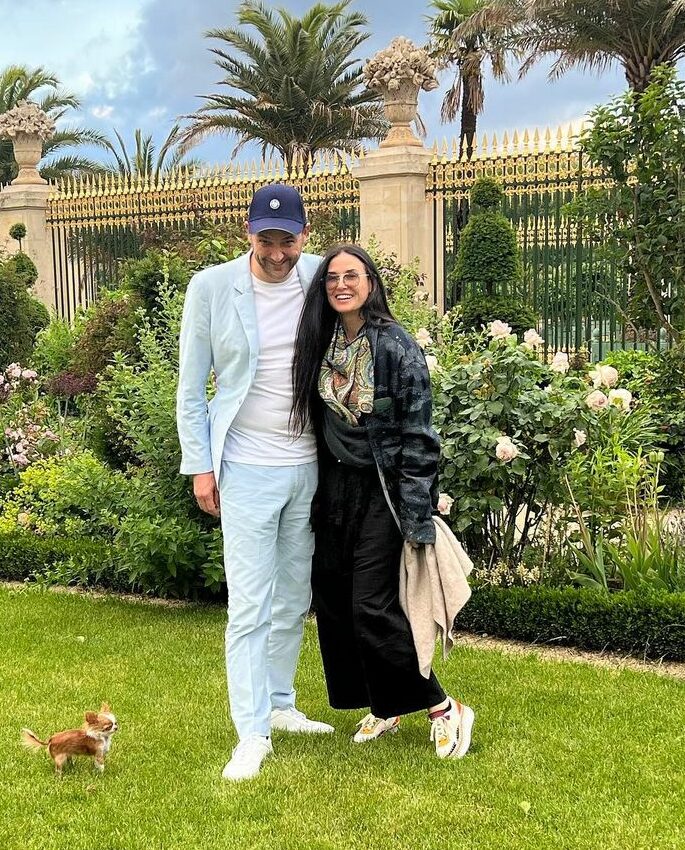 The couple attended the 2022 French Open Finals together

Not long ago, Demi and Humm went to watch the 2022 French Open Finals and her ball of fur Pilaf also accompanied the duo. Moore also posted a carousel of pictures from the trio’s recent outing on the social networking service Instagram.

“Next in the adventures of Pilaf (aka Little Mouse): cheering on @rafaelnadal at the 2022 French Open finals 🏆 She didn’t want to miss him breaking his own record with his 14th French Open title!”, she captioned the post.

Earlier this month, the duo was spotted out and about in public at the Paris Fashion Week. Demi and Daniel were seen sitting in front row at Chloé’s Fall/Winter 2022 runway show along with Maria Sharapova and Gugu Mbatha-Raw.

Here’s everything you need to know about Daniel Humm

Daniel Humm is a Swiss chef and restaurant owner by profession. He is well-known for his upscale Manhattan eatery Eleven Madison Park. After a while, he opened the NoMad restaurant at the hotels of the same name in New York and Los Angeles, as well as Davies and Brook at Claridge’s in London. 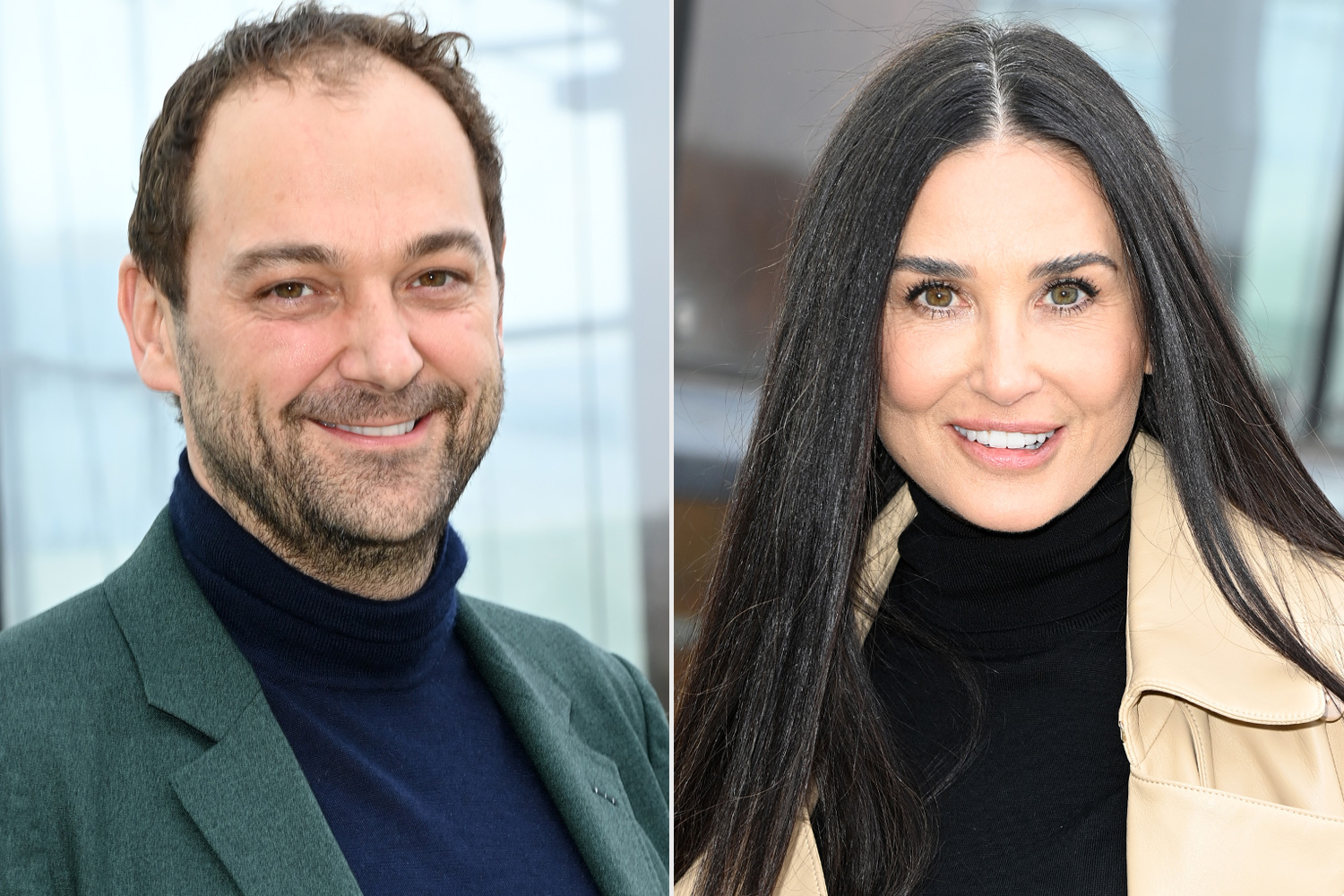 Later on, in 2017, Humm co-founded Rethink Food, which is a New York City-based nonprofit that focuses on creating a more equitable, sustainable food system. As per Town & Country, during the coronavirus pandemic in 2020, the organisation served nearly 3,000 meals in a day to first responders and food-insecure communities throughout New York.

We must say that the two of them make for a beautiful pair. Do you ship Demi and Daniel together? Kindly let us know in the comments section below. Don’t forget to stay tuned with us for the latest updates from the world of showbiz.