Chris D’Elia and his fiancée, Kristin Taylor are officially husband and wife now! The couple exchanged their vows over the weekend. Keep scrolling to catch deep insights about the pair’s wedding. 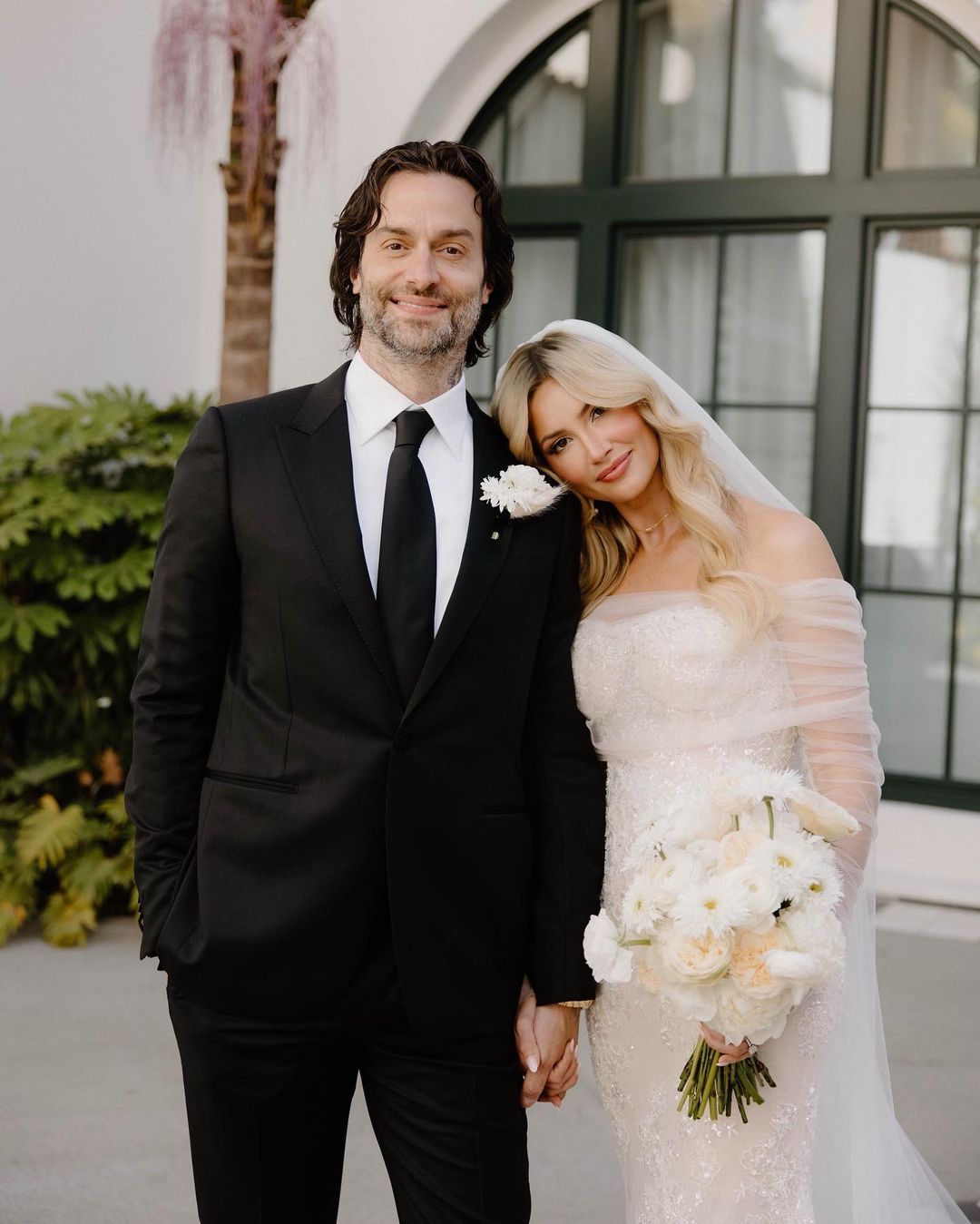 Chris and Kristin Taylor are married

The pair tied the knot amid the comedian facing many sexual misconduct allegations in the last couple of years. Both Chris and Kristin shared the pictures from their special day on the social media platform Instagram.

“Stronger now”, he captioned the series of pictures from his and Taylor’s wedding day on Instagram.

The first shot is a beautiful black and white picture of the two lovebirds, in which we can see Chris and his now-wife Kristin holding each other’s hands while she looks at the love of her life with a smile on her face.

Next in line is a picture of the pair with their son Calvin. Kristin gave birth to her and Chris’s son in the year 2020. We must say that Taylor and Chris look great together and we can’t take our eyes off their wedding pictures. 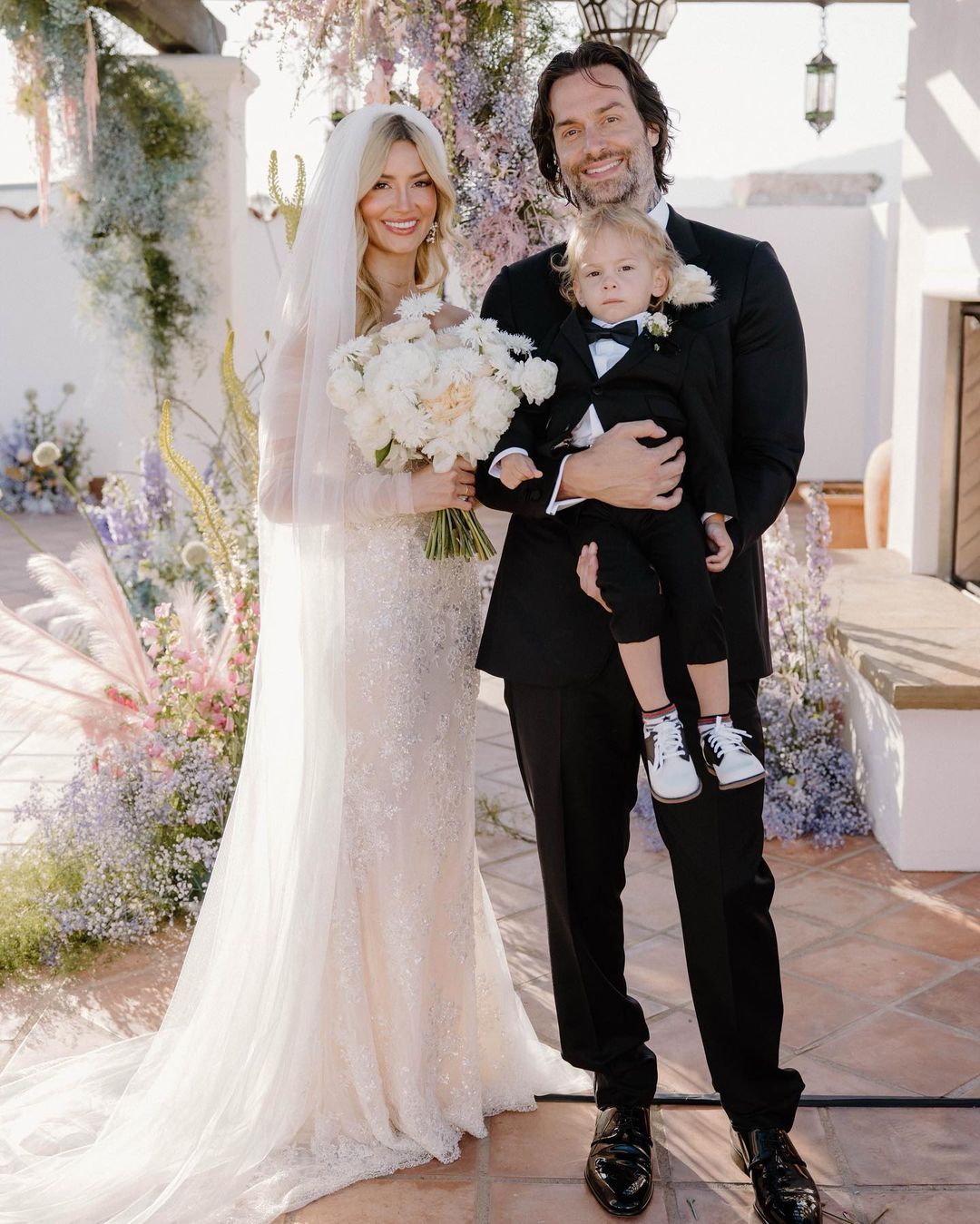 Taylor also took to her Instagram to share the great news with her fans all over the world. She posted a carousel of pictures from her big day on the social networking service Instagram.

Kristin also thanked all the people who helped the duo make their wedding day perfect. She further added, “and a HUGE thank you to @nicoleivanovphoto for capturing these moments, @emmawillishmu for making me feel like a princess for a day, @galialahav for the perfect dress, @avant_garden for the most beautiful flowers I’ve ever seen and @haydondillonevents for planning the wedding of our California dreams 🌸🌾”

As soon as the couple shared the amazing news on social media, many of their fans and friends stopped by the comments section of their post to congratulate them.

Barstool content creator Joey Mulinaro wrote, “Congrats to you both and little Calvin – the Mulinaro’s are so happy for you”, meanwhile social media influencer Michaela McGrady further added, “No more beautiful bride has existed! ❤️” 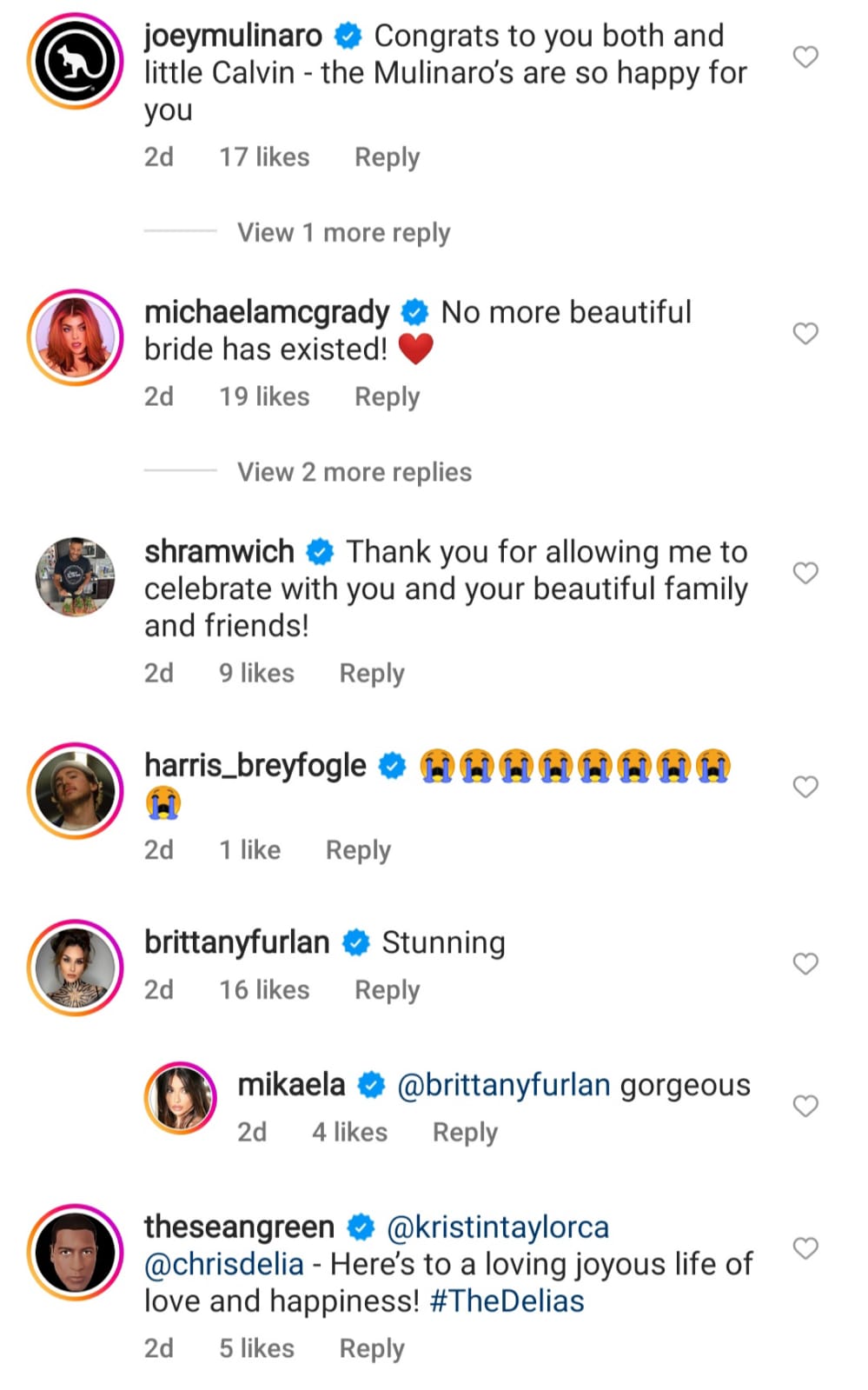 Chef Shram Wich penned, “Thank you for allowing me to celebrate with you and your beautiful family and friends!” The Airplane Mode star Brittany Furlan Lee commented, “Stunning”, on the post. Sean Green wrote,”@kristintaylorca @chrisdelia – Here’s to a loving joyous life of love and happiness! #TheDelias”

Graphic designer Delaney Royer added, “Couldn’t love this more. CONGRATULATIONS”, on the other hand, the Atypical alum Jenna Boyd summed up all her emotions in just two words that said, “SO gorgeous” and fashion designer Galia Lahav wrote, “STUNNING QUEEN ✨”, to which Kristin replied, “@galialahav  eek thank you! all thanks to YOU” 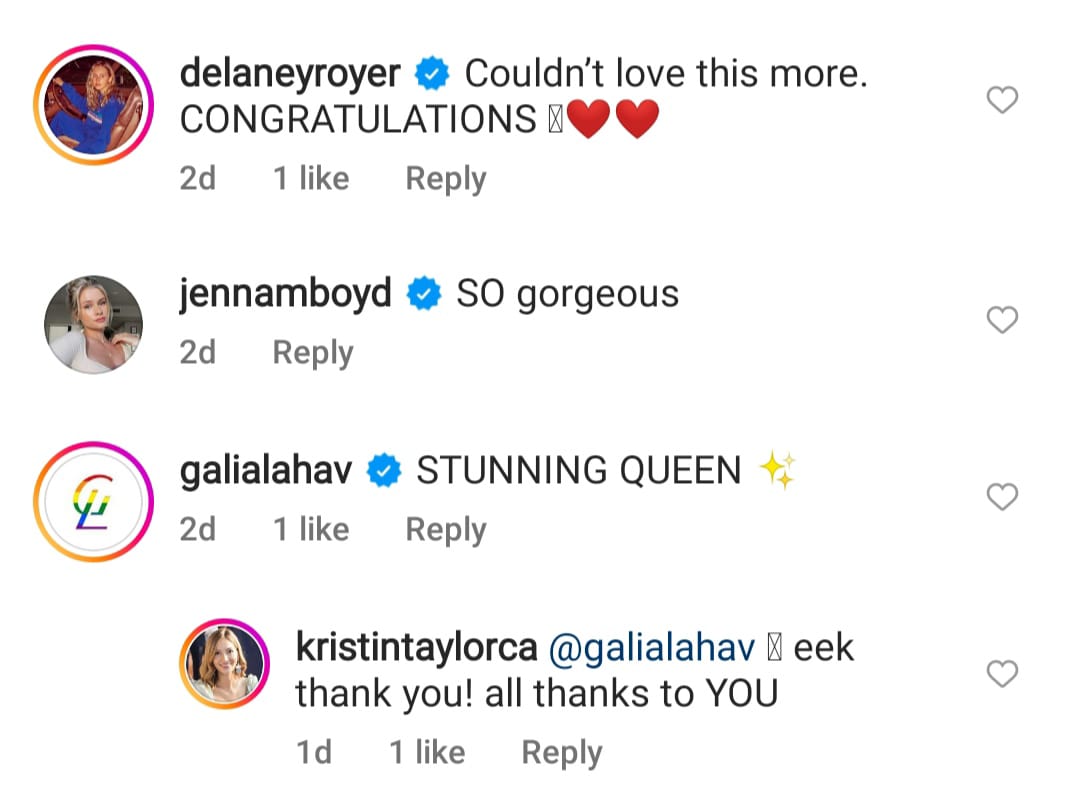 When did Chris and Kristin spark dating rumors?

As per the reports, Chris and Kristin have been dating since the year 2018. The My Summer as a Goth actress posted the first picture with the American comedian in June of that year.

Nearly after a year, The Life in a Year star popped the big question to his ladylove and Taylor confirmed the news of their engagement by dropping a snap of herself and her beau in which she put her stunning engagement ring on full display. “The fullest heart 💍”, she captioned the post.

In December of 2019, Kristin revealed that she and her then-fiancé Chris were expecting their first child together on social media. At the time, she posted a picture of herself showing off her belly and her lover D’Elia.

Taylor wrote “Little bean is not so little anymore! We love you, Baby D. I can’t WAIT to be your mom 💙”, in the caption of the post.

Chris was accused of preying on underage girls online in 2020

Six months after the pregnancy news broke out, the You alum was alleged of praying on underage girls online. A woman named Simone Rossi came forward and stated that D’Elia groomed her when she was merely 16 years old and at that time, he was 34 right before getting romantically linked to Taylor.

Simone was not only the woman who put some allegations against Chris, another woman whose name is Abby Grills even shared the screenshots of a conversation she had with the Undateable alum in the year 2011 via Facebook on social networking service Twitter. When D’Elia was asked about the allegations posed against him, he simply denied them by saying, “All of my relationships have been both legal and consensual and I have never met or exchanged any inappropriate photos with the people who have tweeted about me.”

The standup comic encountered the ramifications of all the woman’s claims when his agency CAA decided to drop him as a client in June 2020. Soon after that year, more allegations against Chris came out. 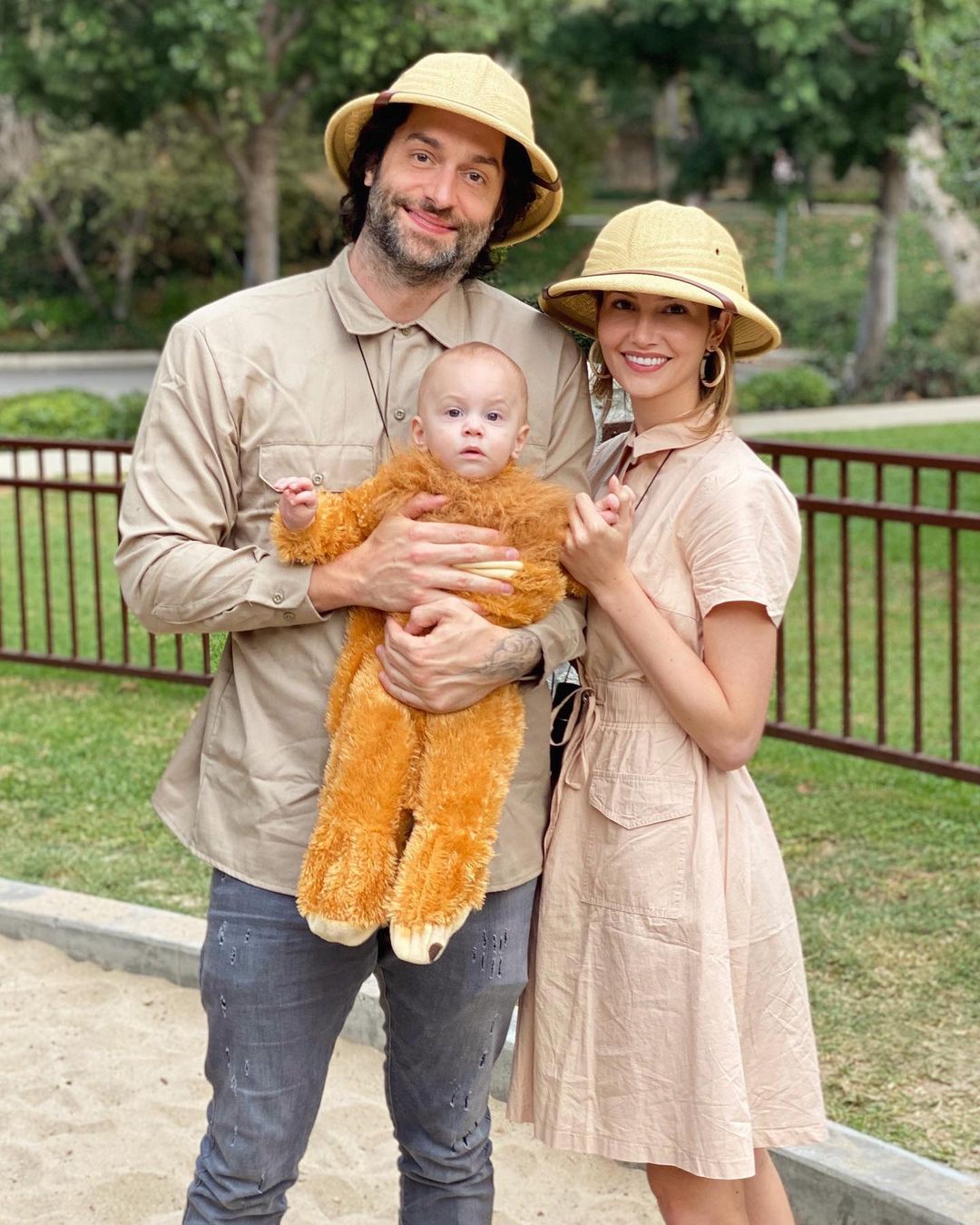 At that time, Chris issued a statement that read, “I know it looks bad, and it doesn’t show the full scope of what happened,” before reiterating that his “relationships have been consensual and legal,” but “sex controlled my life.”

Taylor stood by the Whitney star’s side during that time and she even shared pictures of the duo and their son on Instagram. For those of you who don’t know let us tell you that, Chris was previously married to actress Emily Montague from the year 2006 to 2010. The former couple was meant to fall in love with each other but not stay together forever. They got divorced in 2010.

We send big congratulations to Chris D’Elia and Kristin Taylor as they are all set to embark on a new journey in their lives. Sending them lots of love, light, and laughter. Don’t forget to stay tuned with us for the latest updates from the world of showbiz.