Celebrity Family Feud is back in full swing baby! This year, things are going to be a whole lot different as Steve Harvey is coming back to the hood. Over the years, the game show has managed to strike a chord with audiences.

Steve has been a fan favorite since the time he began hosting the game show in the year 2010. Continue reading further to know more details about the full line-up of Celebrity Family Feud. 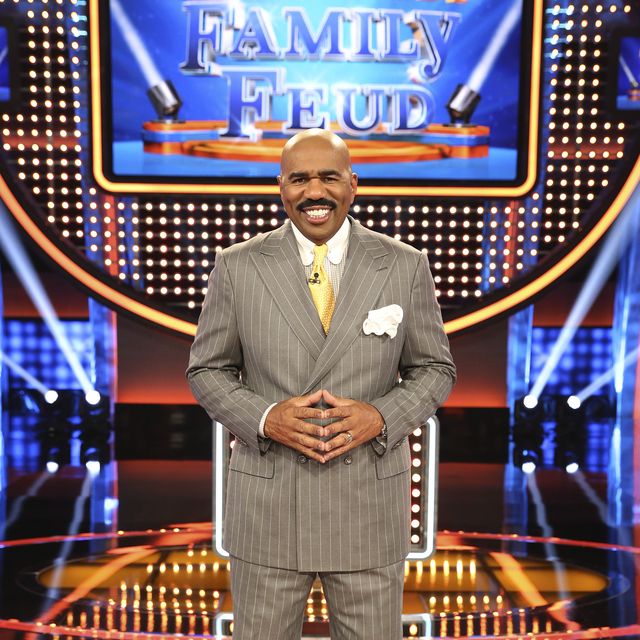 What is the show ‘Celebrity Family Feud’ all about?

For those of you who are unaware, let us tell you about Celebrity Family Feud. It is a spin-off of the syndicated American game show Family Feud. The format of the show is quite similar to the primetime All-Star Specials that premiered during the 1970s and early 1980s by the show’s then network ABC.

The episodes of the show Celebrity Family Feud feature many popular faces from the world of entertainment. These celebs compete against one another to grab the opportunity to be able to donate nearly $25,000 to a charity of their own choice. In the show, the celebs are supposed to answer a couple of questions that are based on the answers provided by a 100-person survey, and at the end of the day, it matters what the survey says. The contestants need to try to find out the most famous answers to win more points. 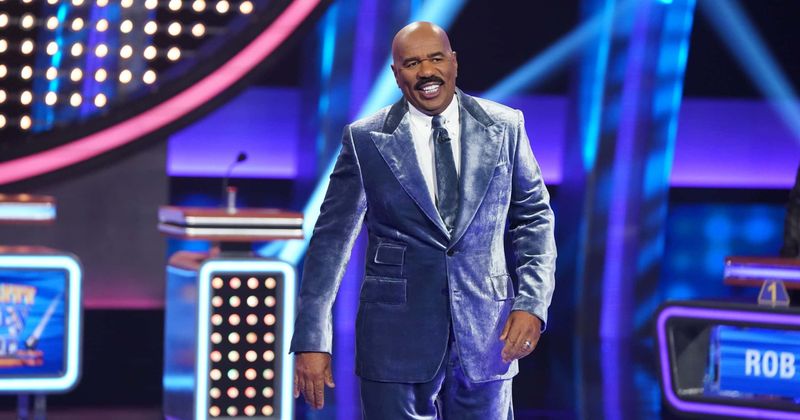 We know you all are pretty excited to know which celebs are going to make an appearance on Steve Harvey’s show Celebrity Family Feud. When we talk about the first game of the brand new season, you will be seeing the cast of Abbott Elementary go up against the cast of Hacks.

Abbott Elementary star Quinta Brunson, who has created and starred in the mockumentary series will be taking over the stage of the show along with her co-stars including Lisa Ann Walter, Sheryl Lee Ralph, Ms. Joyce Abbott, and Tyler James Williams. The star cast of Abbott Elementary will be playing for an organization named DonorsChoose. It is an organization that provides a helping hand to individuals to donate directly to public school classroom projects.

On the other hand, when we ponder over Jean Smart’s side, she will be playing with her fellow Hacks stars Christopher McDonald, Poppy Liu, Mark Indelicato, and Rose Abdoo. They will be playing for Feeding America. It is a nationwide network that consists of more than 200 banks.

Let’s come to game 2 of the first episode now. In the second game, we will be seeing Kal Penn competing along with his family including Brandy Wright, his sister-in-law, John Nicholas Wright, his brother-in-law, another sister-in-law Christina Freeman Modi and his cousin Kripa Bhagat. Kal’s team will be going by the name of Penn Station. Penn’s team will go head-to-head with the team of Erika Christensen. The Cheaper by the Dozen actress will play the game along with her husband Cole Maness, her aunt Kim Hendricks, her brother Dane Christensen and her cousin Monet Hendricks.

Salt-N-Pepa vs. The Proud Family

In the second episode of the show Celebrity Family Feud, we will witness the star cast of The Proud Family: Louder and Prouder including Keke Palmer, Kyla Pratt, Soleil Moonfrye, Paula Jai Parker and Alisa Reyes take on the Grammy Award-winning hip-hop group Salt-N-Pepa.

Bel-Air vs. Saved by the Bell

More details about other episodes of ‘Celebrity Family Feud’

As of now, other episodes are yet to be announced. If the reports are to be believed, it is said that the cast of Disney Plus’ High School Musical: The Musical: The Series will take on the cast of Netflix’s Never Have I Ever.

Not long ago, the cast members from both teams confirmed the same by, sharing some behind-the-scenes from their time on Steve Harvey’s show Celebrity Family Feud on the social media platform Instagram. 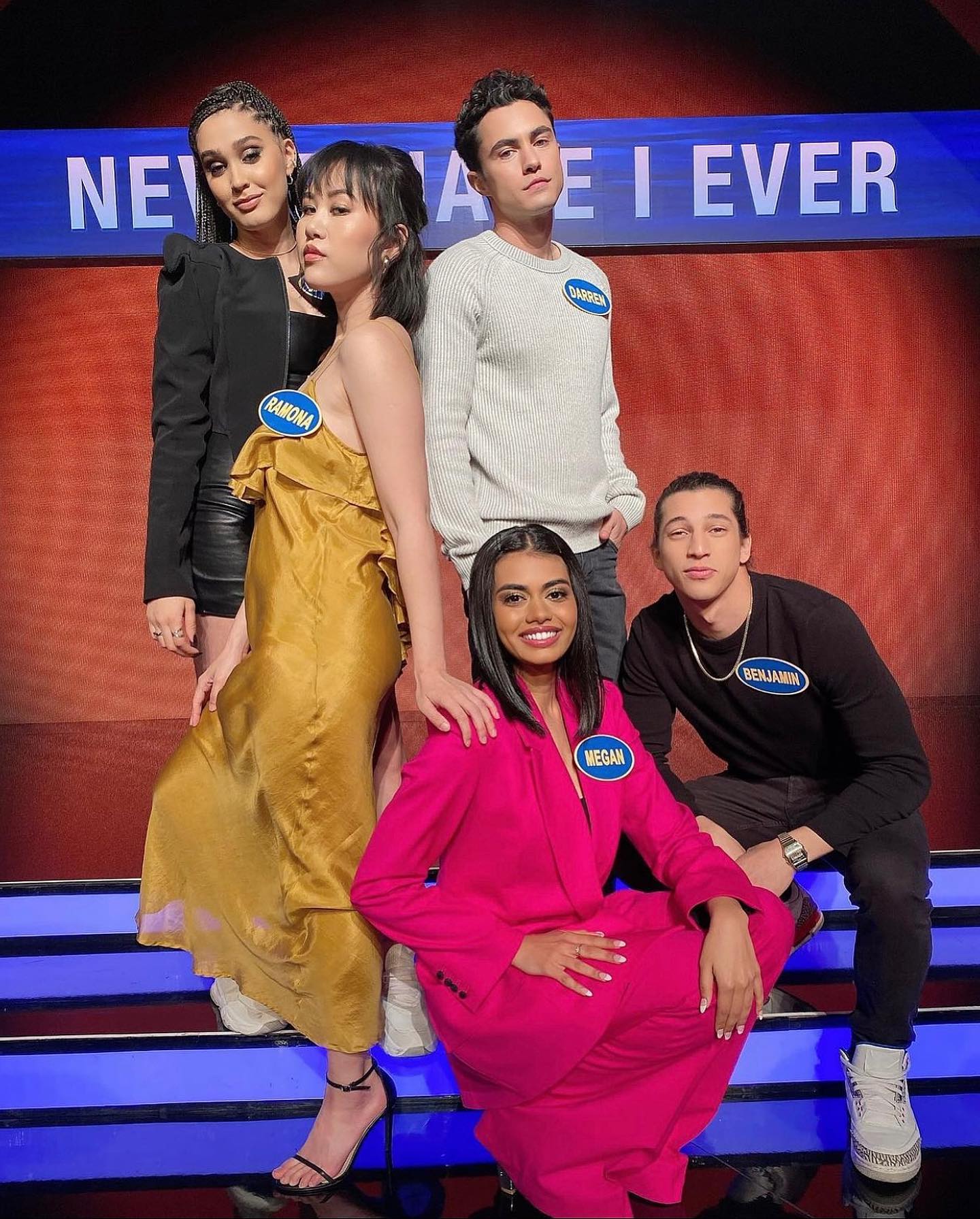 The Never Have I Ever star Megan Suri took to her Instagram to share a series of pictures and videos of herself on the game show. “Top 5 sickest things I’ve been a part of Thank you @familyfeud @netflix @neverhaveiever,” she captioned the post. 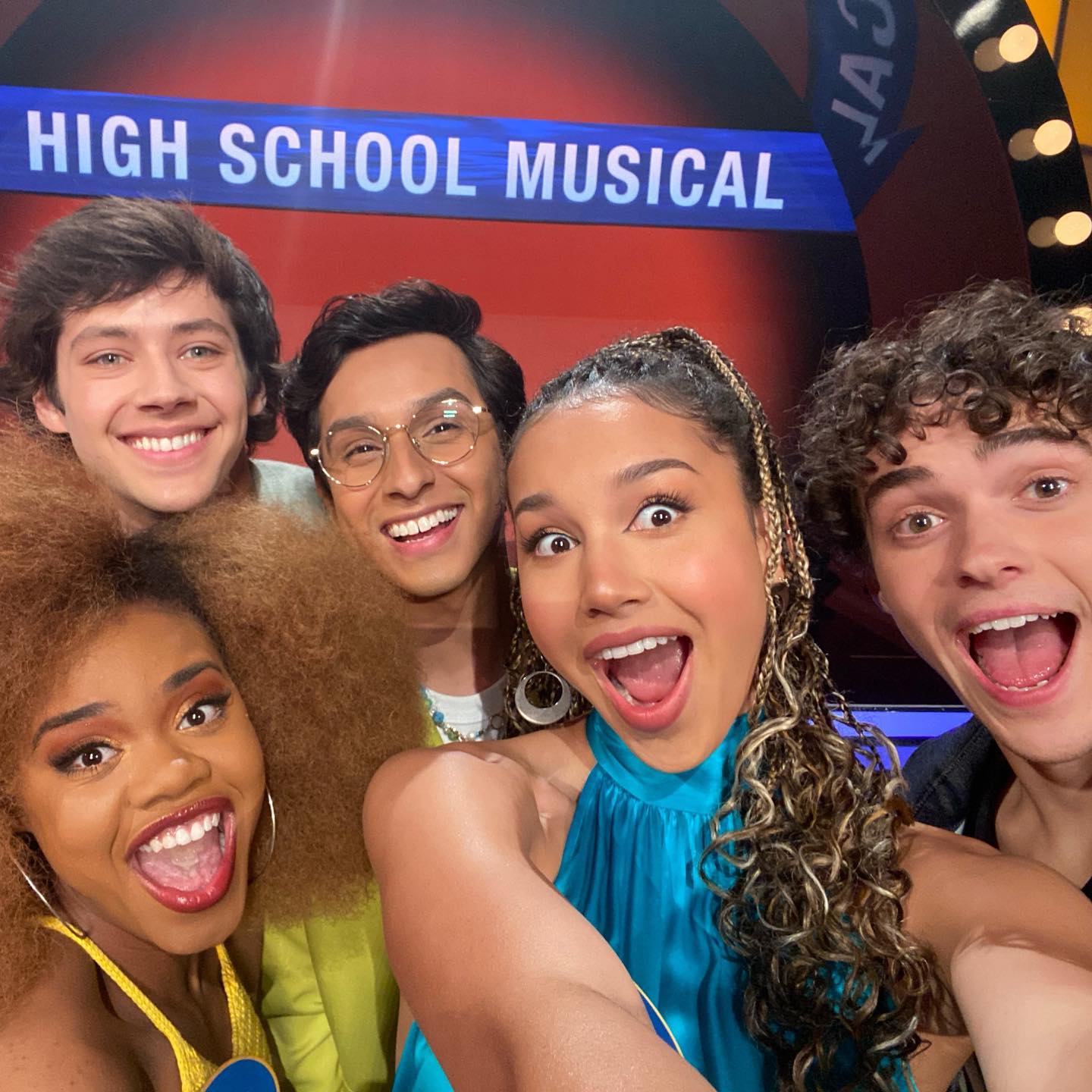 The fans of the show Celebrity Family Feud are also assuming that the Undateable actor Ron Funches and his family could also be seen competing against The Intruder actress Meagan Good and her relatives in an episode.

Nearly a few days ago, the two of them shared some pictures on their official Instagram handles and they also talked about their experience on the show in the captions of the post. It looks like this season of Celebrity Family Feud is going to be super fun. You can also watch the episodes of the show on Hulu after their original airing on ABC.

Are you excited to watch Celebrity Family Feud? Kindly let us know your thoughts in the comments section below. Don’t forget to stay tuned with us for the latest updates from the world of showbiz.