Broadway star Taylor Louderman and husband Brooks Toth cannot be happier! In times when people are going through ups and downs, the power couple has shared beautiful news with their fans. Taylor announced on Instagram that she is expecting her first baby with Toth. Up For A New Role!

The Broadway star, 31, announced in an Instagram post on Saturday (Aug 20) that she and her husband Brooks Toth are expecting their first baby together this winter. In her photo series, Toth can be seen holding up a sonogram photo of their baby.

The duo can be seen looking excitedly at one another, before turning their faces to the camera ahead in follow-up shots. The photo also includes their adorable pup. She wrote: “Been studying for my new role this winter.

Fans and celebrities took to Instagram to congratulate the couple on the good news. Fortune Feimster wrote, “Omg! So excited for you guys. Congrats!” Desi Oakley wrote, “SOOOOOO HAPPY FOR YOU MY LOVE!!!!!!!” Tommy Brocco wrote, “The best news!!! So happy for you!!! 🥰”

Kerry Butler wrote, “Ahhhh!!!! Congratulations!!! ❤️❤️ I am sure you will be a very cool mom!!! Xoxoxo.” Kyle Harris also congratulated her on the great news. The post has received more than 32k likes in just a few hours. 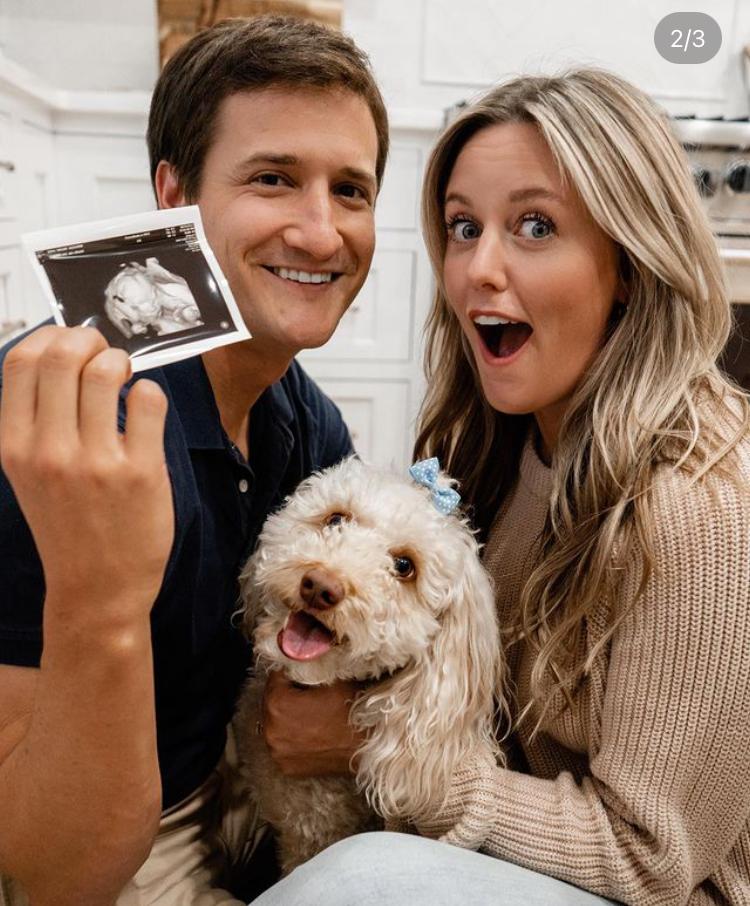 The 31-year-old Broadway actress, who received a Tony Award nomination for her performance as Regina George in Mean Girls: The Musical, met Brooks in 2018 at a mutual friend’s birthday party and they got engaged on Christmas Eve in 2019.

They had an intimate wedding ceremony in June 2020 with just 25 guests but didn’t keep any reception due to the pandemic. The two tied the knot in a historic lighthouse in Jupiter, Florida. After reserving their dream venue, they made the destination wedding into a road trip. “We rented a motor home … and made memories to last a lifetime,” she revealed at the time.

She added, “The simplicity of our wedding felt like it represented us well, and that is the silver lining with COVID, I think. It gave us permission to shake things up and focus on the real reason we were there.” As for Louderman’s career, after her sophomore year at the University of Michigan, she appeared as Margot in the 2011 production of “Legally Blonde” at The Munty in St. Louis, Missouri. She was then cast in the touring production of Bring It On: The Musical. Louderman then appeared as Wendy Darling in NBC’s 2014 live production of the musical Peter Pan.

She was next seen on Broadway in January 2017, taking over the role of Lauren in Kinky Boot. Louderman is also recognised for her role as  Regina George in the Tony Award-nominated Broadway musical, Mean Girls.

In 2019, she also landed a leading role in the new CBS show, “The Emperor of Malibu”. Last year, she joined the cast of the NBC sitcom Kenan, playing the recurring role of Tami Greenlake. We wish the couple good luck on their new journey to being parents.