Britney Spears may be free from the chains of “conservatorship”, but it appears like the Oops…I Did It Again! star doesn’t care much about anything else. In her recent Instagram video, Britney Spears meets a chained monkey and calls it Justin Bieber. Not only this, she explains how good she feels after her conservatorship of 15 years is finally over. Social media fans are furious at how Britney is ignorant about wildlife protection. 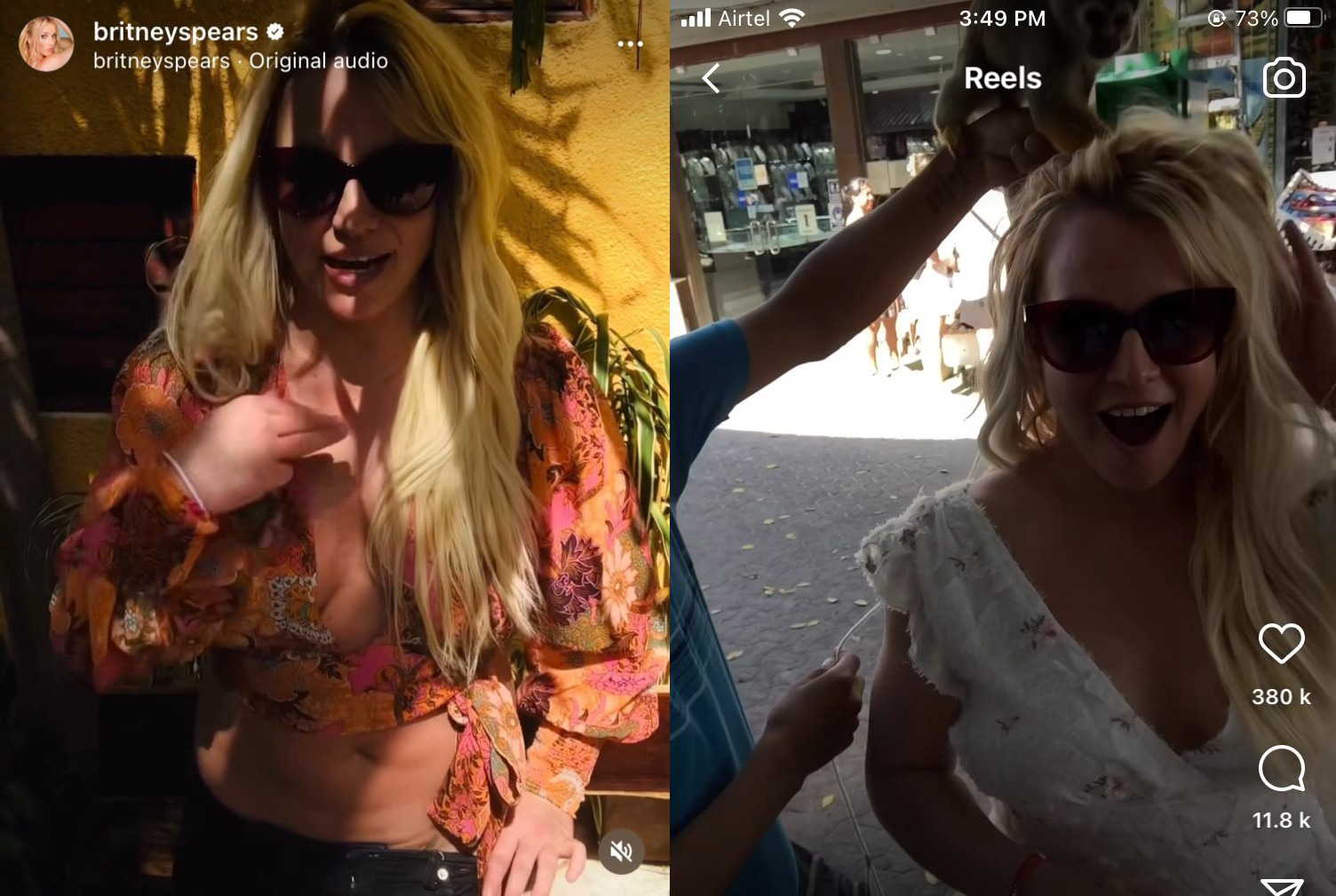 Britney Is Free, But The Monkey Is Not!

In a recent Instagram video, Britney Spears talks about her freedom after the end of a 15-year conservatorship. She captioned the video, “It’s been almost a year since I became a free woman !!! Fuck yes !!! Wheee 😁😁😁 !!! Psss the monkey’s name is Justin Bieber 🌹🌹🌹😉😂😂 !!!” 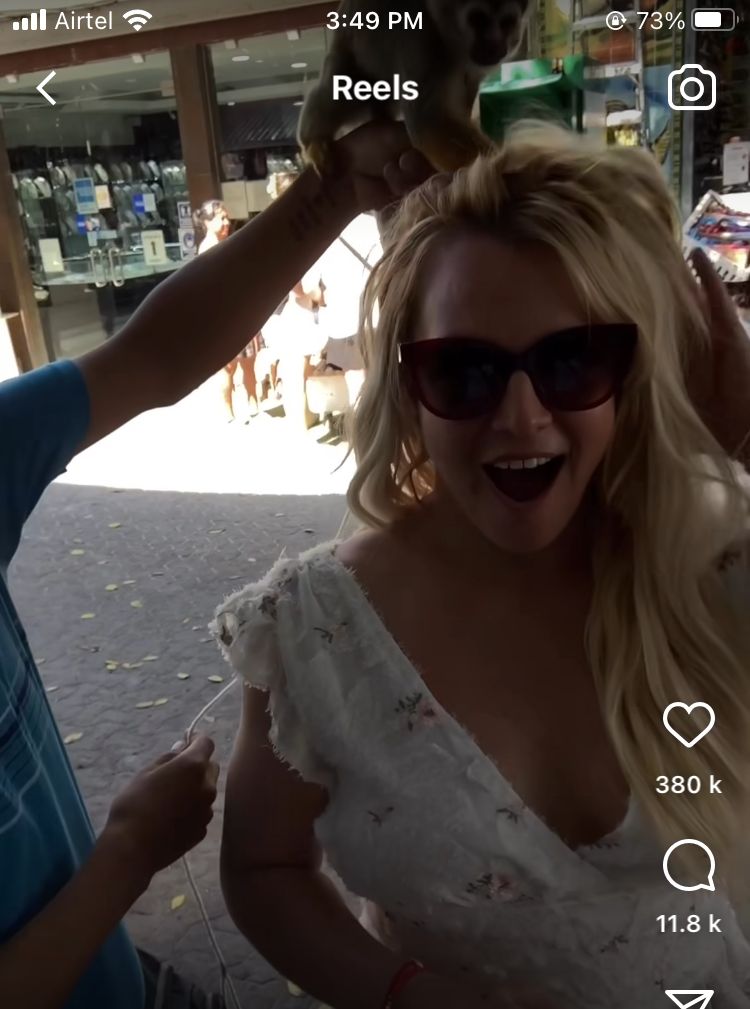 In the beginning, Birtney Spears stated, “Hi, it’s been a long since I’ve spoken to you guys. I feel free but it’s been really hard, but I am really happy.” After that, Britney can be seen playing with a little chained monkey and calls it “Justin Bieber”.

Britney’s video has garnered a lot of backlash on social media as fans accuse her of being ignorant towards wildlife protection. One fan wrote, “You can enjoy your freedom and this is incredible.” However, he explained that it’s sad that the monkey cannot have the same as it’s chained for the good pleasure of humans.

He continued in his comment, “Sad that he was a victim of wildlife trafficking, that his freedom is hindered just so that human beings can satisfy their good pleasure, that morbid pleasure of feeling that he possesses another living being.” The fan suggested that this monkey could live free and happy in a forest, and it’s difficult to see Birtney’s video. He concluded, “But I sincerely hope that people who read this post will have an awareness and think about what I am saying.” 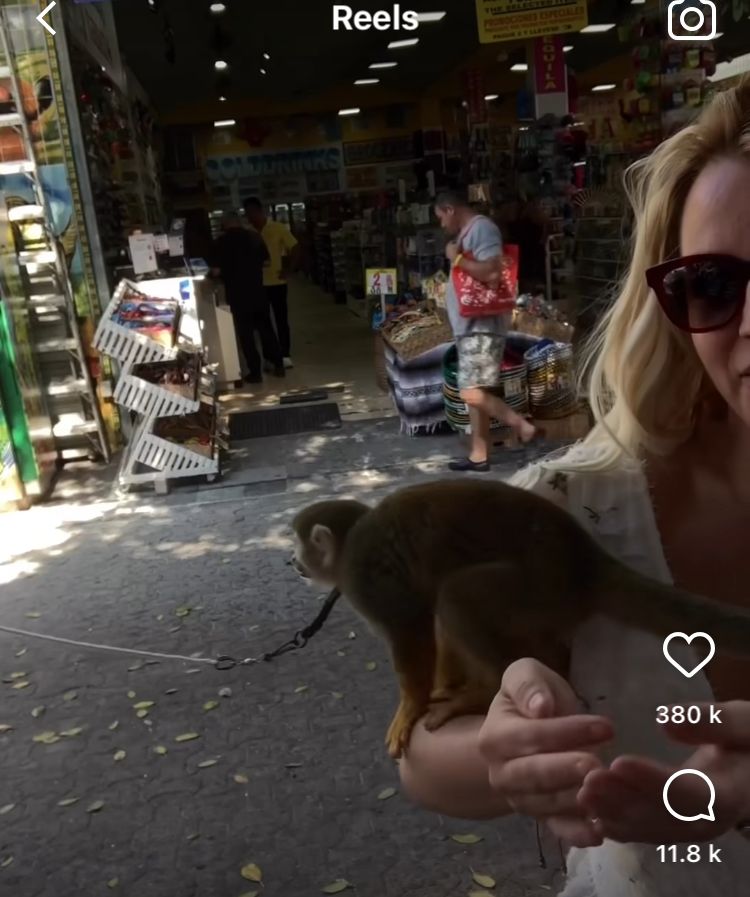 One fan mocked her by saying, “Well your conservatorship ended 11 months ago, not 8. So this is an old video since you’re in psychosis now and can’t properly communicate.” Another wrote, “Talking about freedom… This is animal abuse girl.”

As for Britney’s conservatorship, #FreeBritney became a reality when the star’s conservatorship was ended by a Judge in LA in April, ending the legal agreement that controlled her life since 2008. The “Princess of Pop” is now in charge of her estimated $60m estate and is allowed to make personal decisions for herself. However, this video suggests that her consciousness needs some cleansing. What do you think?