Another famous celebrity couple said “I Do,” and it’s just too adorable not to talk about. Oh, you’re curious about the newly engaged couple, right? It’s none other than Beanie Feldstein and her stunning girlfriend Bonnie Chance Roberts.

They are now finally engaged and have shared the wonderful news with everyone on social media. Feldstein identifies as queer and is now engaged to English producer Bonnie Chance Roberts.

And we’ve all heard of Bonnie Chance Roberts. Let’s delve deeper into this amazing news about the pair.

As stated previously, the engagement announcement has been posted on Instagram and is spreading rapidly. Everyone is congratulating the newly engaged ones, and we can’t wait to see the incredible photographs.

Feldstein made the announcement on Instagram on June 23, 2022, sharing pictures from Roberts’ proposal with the caption “I do, Bon.” During the proposal, Bonnie is on her knees with an obviously beautiful ring, as shown in the series of photos.

The series of images displayed the happiness of the family and friends. The photograph also includes the couple’s friends and family. Are you excited to see it? Check it out below.

Bonnie Chance also announced her engagement on Instagram with the song “She Loves You” by The Beatles. 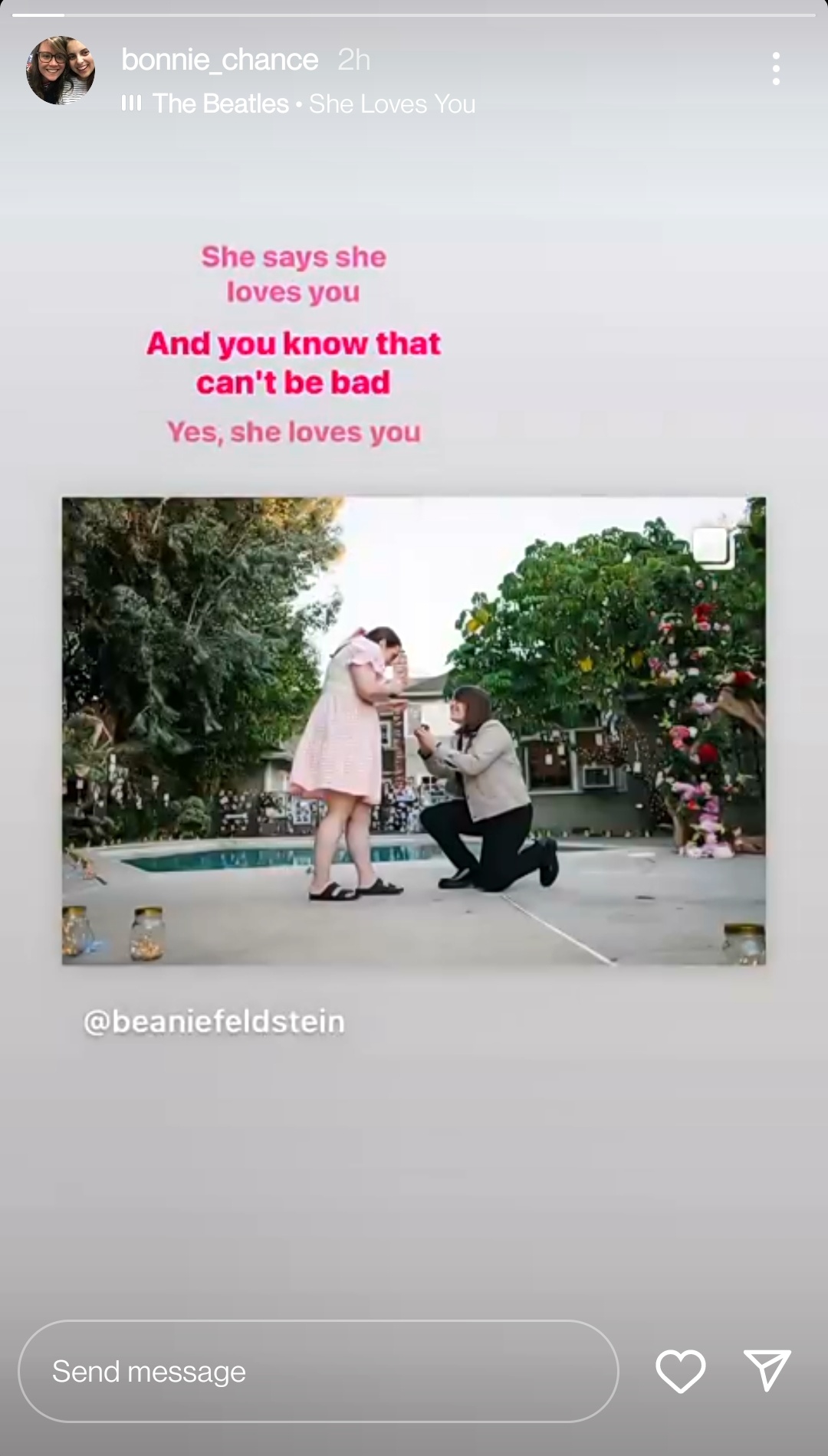 Beanie Feldstein & Bonnie Chance Roberts Is Made For Each Other

Their love is a dream come true. Feldstein described her relationship with her partner and her feelings for her.

“It just wasn’t something I thought about or craved. Not to sound flippant, but I was in love with her and all of her, and she’s a woman. . . . That’s not scaring me or deterring me. And it wasn’t just women in general; it was her, specifically.”

Feldstein also spoke about Bonnie while promoting her movie Booksmart.

She stated, “It’s not just about representation, it’s about how you are representing, and the form that representation is taking. And I think Booksmart really asks the question of what happens after teenagers come out? Let’s tell that story.” 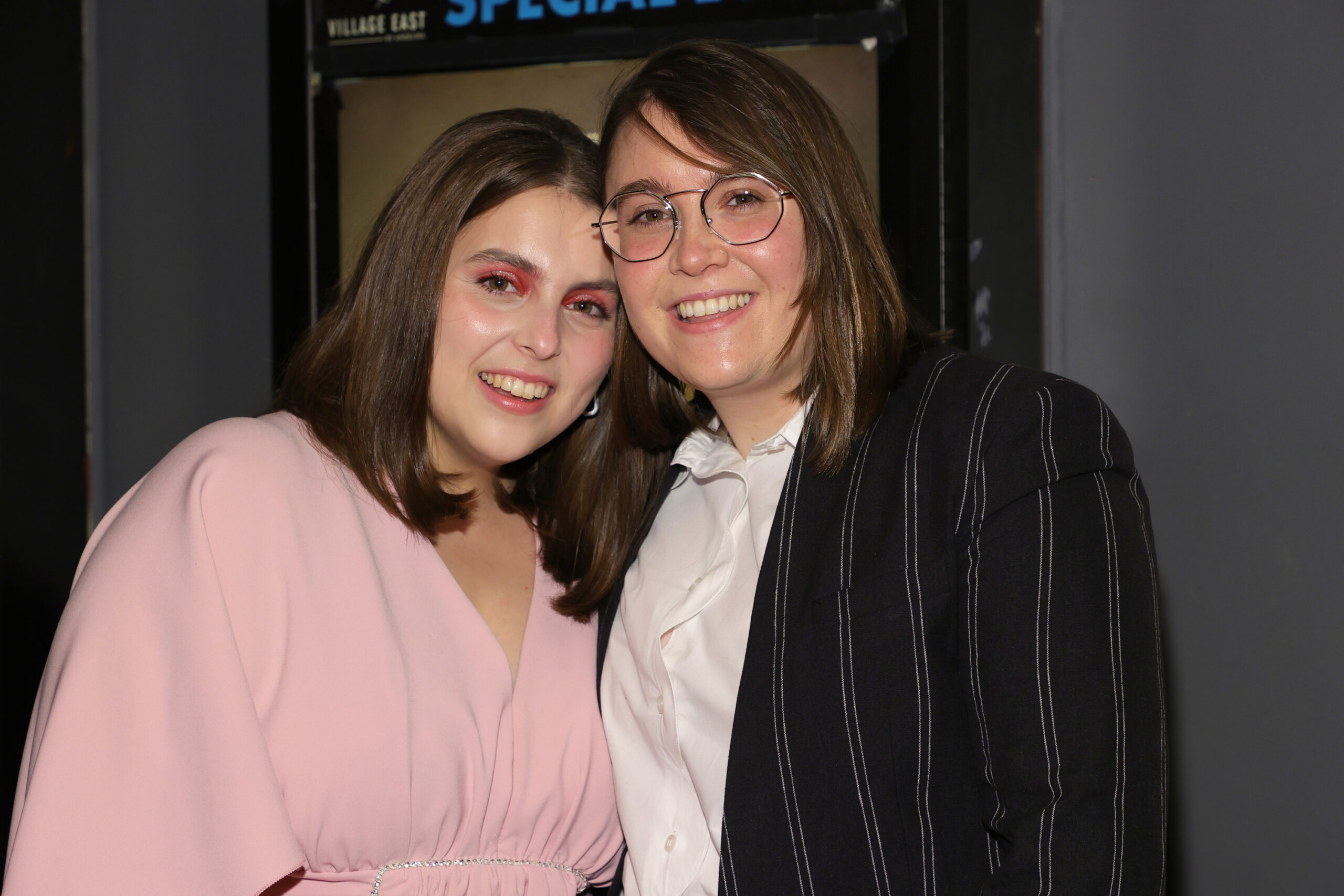 Adding, “The only love scene in the film is a queer love scene, and that’s so radical. By doing that, you’re asking that to be the norm. By showing queer sexuality and making heterosexual people relate to it is actually really deeply meaningful.”

She continued, “For me in my life, it is a part of who I am but it is not at all my defining feature. It doesn’t mean I don’t love my girlfriend, it’s just part of who I am. And [the character]’s the same way.

What do you think about this engagement announcement? You’re welcome to share it in the comment section below. We are overjoyed with this pair’s new journey!