Love is in the air for Victoria Fuller and Greg Grippo! The Bachelor in Paradise star has finally confirmed her relationship with Greg Grippo. We are pretty sure all the Bachelor Nation fans must be jumping in the air after learning this piece of news.

For those of you who are unaware, let us tell you, the dating rumors of Greg Grippo and Victoria Fuller began swirling in the air, earlier this month. At that time, Grippo dropped a flirty comment on an Instagram post of Victoria Fuller and deleted it. Read on to know more about the whirlwind romance of Victoria and Greg. In the reunion episode of the show, Bachelor in Paradise that aired on Tuesday night, the host of the show, Jesse Palmer asked Victoria about the dating rumors of her and Greg Grippo which started after their flirty banter online.

Fuller told Jesse, “Yes, Greg and I are together.” Soon after, she clarified and went on to say that she didn’t cheat on Johnny DePhillipo, from whom she accepted a proposal at the end of the reality show. Although, Johnny had a different take on the whole situation as he “still consider[s] talking to someone else while we’re working on our issues cheating or emotional cheating.” After DePhillipo left the stage, Greg who was a part of Katie Thurston’s season, joined Victoria on the stage to set the record straight.

What did Greg have to say about his relationship with Victoria Fuller?

Grippo spilled the beans on his relationship with Fuller and said, “We’ve been friends for a while. We met last year through mutual friends.” He further added that the two of them started dating after the reality show came to an end.

Greg went on to say, “I was like, you know what, we’re at this moment where we’re really interested in one another and I was like, ‘I want to take you out for a drink.’ So, you want to go to Rome in two days?” 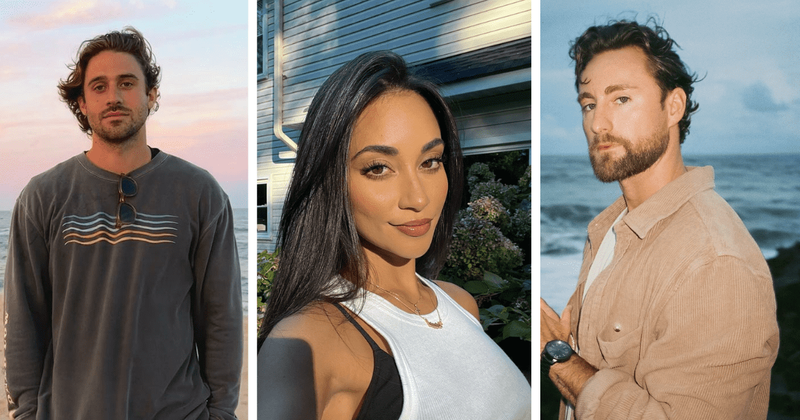 Victoria and Grippo revealed that both of them decided to go overseas for their first date as they wanted to avoid spoiling the show for the fans. Their plan backfired as the tourists spotted them together abroad. The couple failed to keep their romance away from the flashing cameras.

Soon after, they went all out and got matching Ciao tattoos while they were in Italy. Victoria who competed on Season 24 of the Bachelor during Peter Weber’s season continued, “No one has to understand it or get it and that’s okay. But everyone can hate us if they f—ing want,” meanwhile Greg added, “I get it. I get it’s not the best look in the world.”

Do you think Victoria Fuller and Greg Grippo are a perfect match for each other? Kindly let us know your thoughts on the pair in the comments section below. Don’t forget to stay tuned with us for the latest updates from the world of showbiz.