Anne Heche’s Dating History: A List of All Her Relationships

The Emmy-winning actress Anne Heche has left for the heavenly abode. She passed away on August 12, 2022, at the age of 53 after getting involved in a fiery car accident while allegedly being under the influence of cocaine.

Throughout her life as an actress, the Another World star had dated numerous known faces from the world of entertainment such as American comedian Ellen DeGeneres, Vince Vaughn, and many more. Continue reading further to know more about her past relationships. 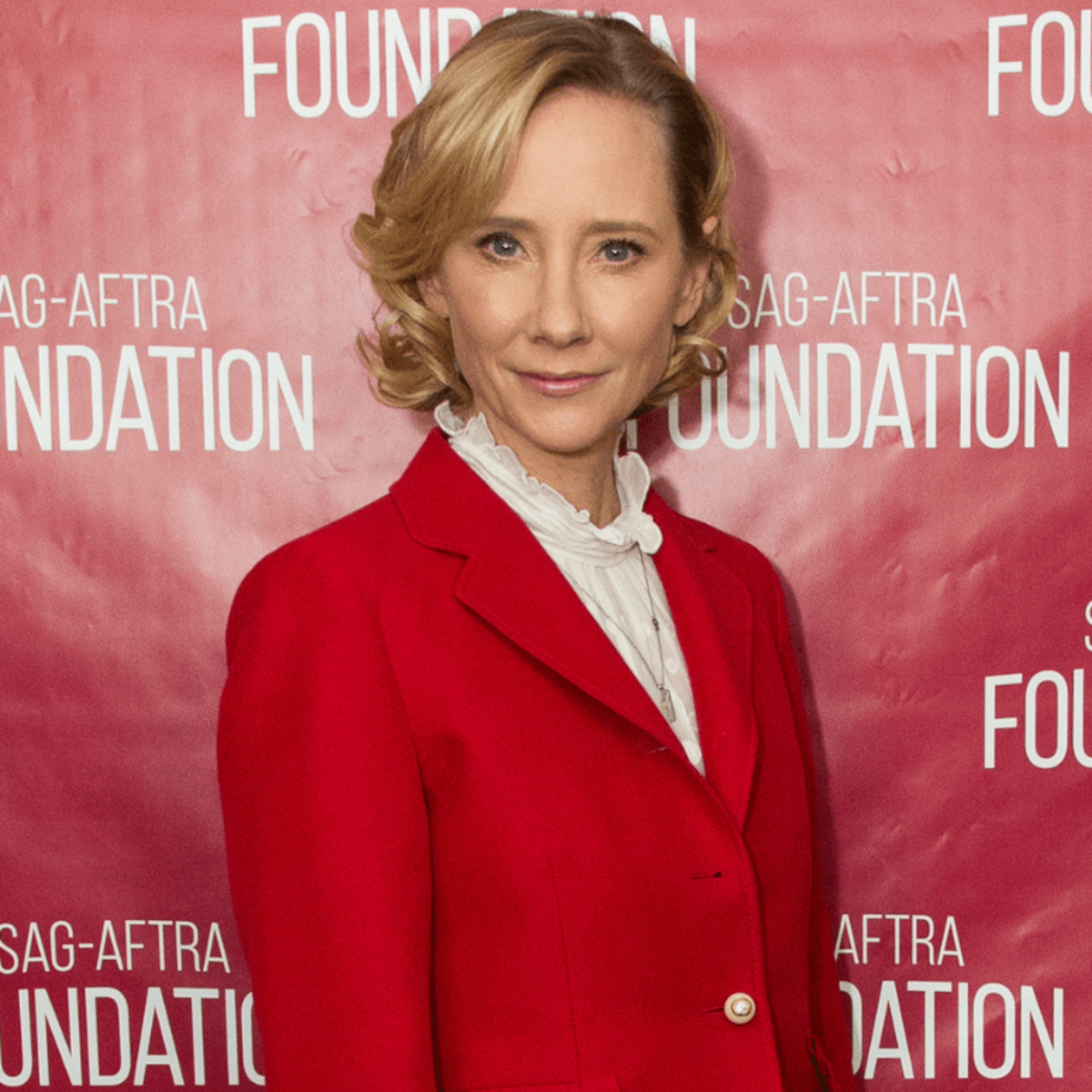 Let’s take a trip down Anne Heche’s flings, boyfriends, girlfriend, ex-husbands, and everything in between

Anne Heche and Steve Martin dated for a total of four years in the 1990s. The two of them were in a relationship from the year 1994 to 1997. Anne and Steve’s relationship received immense backlash from the side of the audience as Martin was 24 years older than the Hollywood actress.

The Six Days Seven Nights alum dated the Only Murders in the Building star for two years before splitting up. After their breakup, Heche spilled the beans on the pair’s relationship and stated why she dated Martin and why did they call it quits. In a media interaction, Anne said, “I wanted comfort. I wanted humor. I wanted all of the things that he offered. Why did we break up? There wasn’t anything wrong with Steve. It was just that it was not what I wanted to commit my life to.”

Anne and Ellen DeGeneres went public with their romance soon after her breakup with Steve Martin. The duo made their relationship official in the year 1997. Just a day before making their romance public, Heche was cast in Six Days Seven Nights alongside Harrison Ford.

Soon afterward, Anne opened up and talked about how coming out as a member of the LGBTQIA+ community would affect her career. At that point, she believed that she had been blacklisted by Hollywood.

During an interview with Page Six in October of 2021, the Men in Trees actress claimed, “I didn’t do a studio picture for 10 years. I was fired from a $10 million picture deal and did not see the light of day in a studio picture.”

Then, Anne recalled the day and went on to say that she was proud that she was able to take a stand against the social norms. She further added, “Those repercussions that happened, are to me what has created a part of the change. I’m a part of it. It is a badge of honor.”

Despite the positive outcome, Heche and Ellen pulled the plug off their relationship in August of 2000. At that time, they issued a joint statement that read, “It is an amicable parting and we greatly value the 3 1/2 years we have spent together.”

Over the years, Anne had been married only once, and that to Coleman “Coley” Laffoon. Coleman was the only person Anne tied the knot with through the course of her life.

Heche and the cameraman got married in the year 2001. As per Closer Weekly, the two of them met each other for the first time while working on a documentary about DeGeneres and her career. The couple welcomed their first child the next year. Anne gave birth to her and Coleman’s first child, a son named Homer, in March of 2002. Their son, Homer is 20 years old now. Like every other marriage, theirs also went through its fair share of ups and downs.

The Brave actress and Coleman”s marriage hit the rock bottom when Heche crossed paths with James Tupper while the duo co-starred in an ABC series together in the year 2006. Anne and Coleman’s divorce got finalized by 2009.

Then, Laffoon went on to become a real estate broker and he married Alexi in the year 2015. The couple shares a total of three kids.

Not long ago, Coleman took to his Instagram and dropped a heart-touching video after Anne’s passing away. In the clip, he said, “In the wake of Anne’s passing, I just want to say a few things. One, I loved her and I miss her and I’m always going to. Two, Homer is ok.” 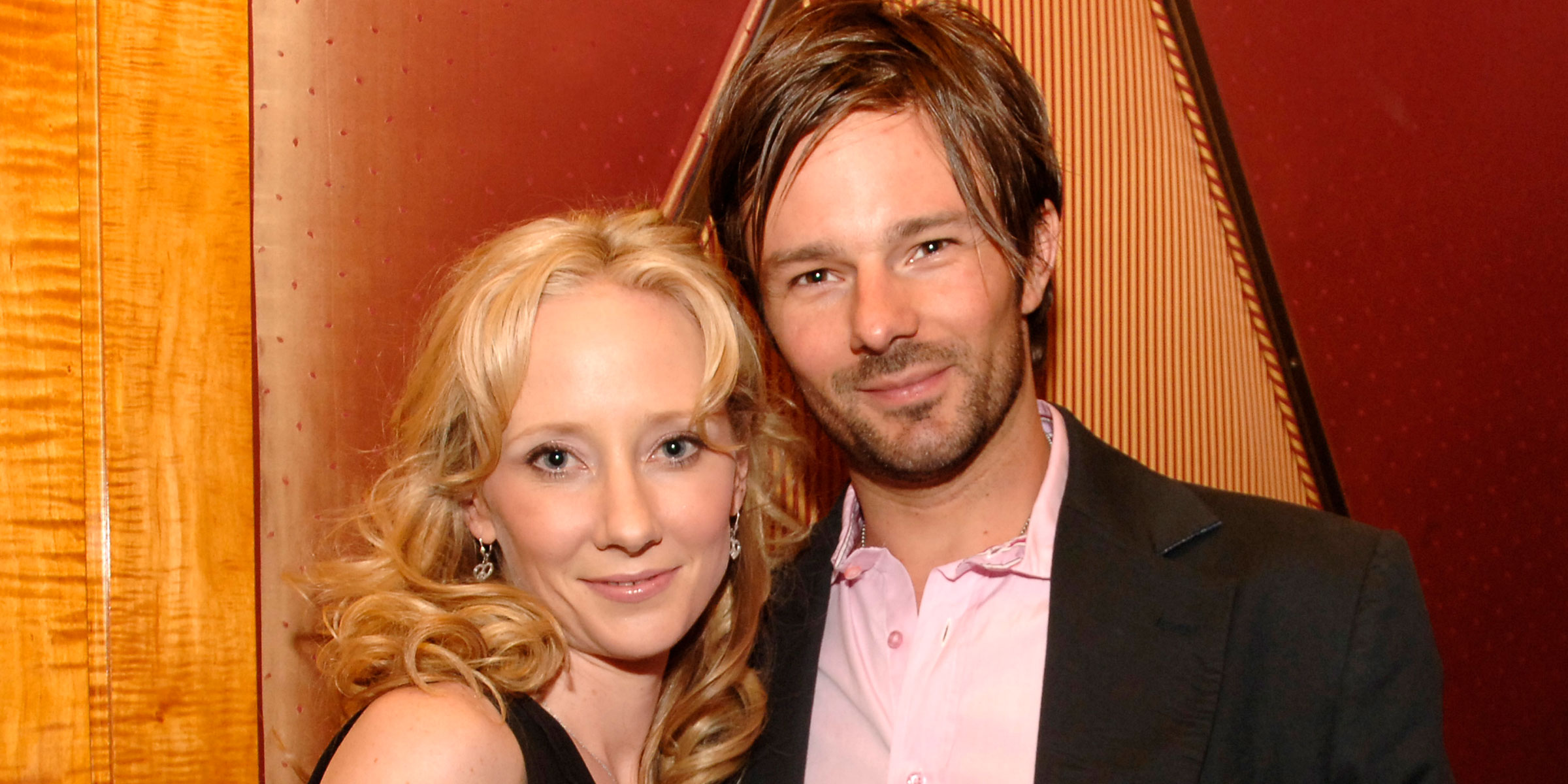 Laffoon further added, “He’s grieving, of course and it’s rough, it’s really rough as probably anybody can imagine. But he’s surrounded by family and he’s strong and he’s gonna be ok. So for all those people checking in, thank you. Your check ins, showing us your heart, offering prayers, and everything, it’s so beautiful. Thank you.”

He concluded by saying, “It’s hard for me, it’s hard for my family, it’s really hard for Homer, but we’ve got each other and we have a lot of support and we’re going to be OK.”

After her split from Coleman Laffoon, Anne moved on in her life and she stepped into her next-long term relationship with Canadian actor James Tupper in the year 2007. The pair met each other for the first time in 2006 when they were both starring in the ABC series Men in Trees.

At that point in time, Heche was still married to Laffoon. She quickly ended things with her then-husband Coleman and started a new chapter of her life. She moved in with James Tupper in 2007. Anne and James didn’t make their relationship public till December 2008. At that time, the couple revealed that they were expecting a child together. The pair welcomed their son Atlas in 2009.

During a 2011 interview with The Telegraph, the If These Walls Could Talk 2 actress shared why she wasn’t in a hurry to get married to James Tupper, who was married to Kate Mayfield until 2006. Then, she said, she was “eternally engaged.”

Anne told the media outlet, “I’ve already said yes. When I’m 60 I’m happy to walk down the aisle.” She also went on to say that James bought her a new ring every year they didn’t get married. Heche continued, “I’ve been married before and so has he. I don’t know what either of us would gain or what would change that would benefit us.” The pair split up in 2018.

Then, Anne and James put out a joint statement that read, “James and I have shared a great life together and have many wonderful memories. We’ve enjoyed working together, most recently on The Brave, where he joins us for our two mind-bending finale episodes.”

They further added, “Relationships change and grow; we’re taking time for that. We care very much for each other and plan to continue raising our two beautiful boys in love and harmony. Thank you for allowing us privacy as our family evolves.”

Anne was rumored to be dating Liz Brixius for nearly a year. Heche and Liz Brixius, the co-creator of Nurse Jackie had a short-lived romance in the year 2018.

Then, a source told Life & Style magazine, “Anne and Liz were friends first and now it’s something deeper. Anne doesn’t like to label relationships. But whatever they call it, Anne and Liz make a great couple.” The whirlwind romance of the pair came to an end in 2019. At that time, Page Six broke the news that the What Love Is actress had a new man in her life. The media outlet reported that Heche was dating her Hung co-star Thomas Jane in April 2019.

Thomas was previously married to Patricia Arquette for five years. Things didn’t last long between Thomas and Anne and they called it quits by 2020. After Anne’s 2022 car crash, Jane told Daily Mail that he still loved her, even though their relationship didn’t last. In a recent interaction with Daily Mail, Thomas said, “While Anne and I are no longer an item, today’s tragic news was devastating to me and to all who love her.”

Jane went on to say, “My heart goes out to Anne and her two sons. As of right now Anne is stable and expected to pull through. My thoughts and prayers are with Anne, one of the true talents of her generation. Thank God no one else was hurt.”

All About Anne Heche’s rumored romances

In August of 2021, Page Six reported that Anne was dating skincare mogul Peter Thomas Roth. At that time, Heche’s representative told the media outlet, “Anne is single and is enjoying meeting new friends!”

Amid her long-term relationships, marriage, and flings, there have been dating rumors about Anne and Neal Moritz as well. According to various reports, the Pie in the Sky actress dated the Volcano producer Neal H. Moritz in 1996 for a year. At one point, the rumors of Anne and Vince Vaughn dating were also swirling in the air. For those of you who are unaware, let us tell you Vince was her on-screen love interest in the 1998 film Return to Paradise.

During an interview, Fleetwood Mack’s Lindsey Buckingham shared that he dated Anne Heche for a year and he even penned down a song named Down on Rodeo about their romance.

We send our deepest condolences to the close friends and family of Anne Heche during this hard time. May her soul rest in peace. Don’t forget to stay tuned with us for the latest updates from the world of showbiz.