Doja Cat, originally known as Amala Ratna Zandile Dlamini, is a popular American rapper and singer. Her songs like Mooo! and Candy shot her up to the charts and increased her fanbase substantially. In her short career, she has collected a wide array of accolades including a prestigious Grammy from over 11 nominations, five Billboard awards, five American Music Awards, and three MTV Video Music Awards.

As it is with any celebrity, the focus from their work quickly turns to their personal lives, mainly focusing on who they are dating, etc. Although Doja Cat is fairly new to the fame street, she has a good head on her shoulders and likes to keep her private life private.

She even said in an interview that she does not like telling people about her dating life “until it becomes real”. But that does not stop fans from being curious and speculating every time someone tags her in a picture.

Here is what we know about the people that she has been involved with so far!

This is perhaps the only public relationship that Doja Cat has been a part of. Their first flirty interaction was also on the internet with her commenting “I love you baby” on his Honeypie video. He also wrote a cheesy message on one of her pics “Hey girl, I just showed this pic to my little cousin and I told him that we’re together. Don’t make me look like a liar now.” 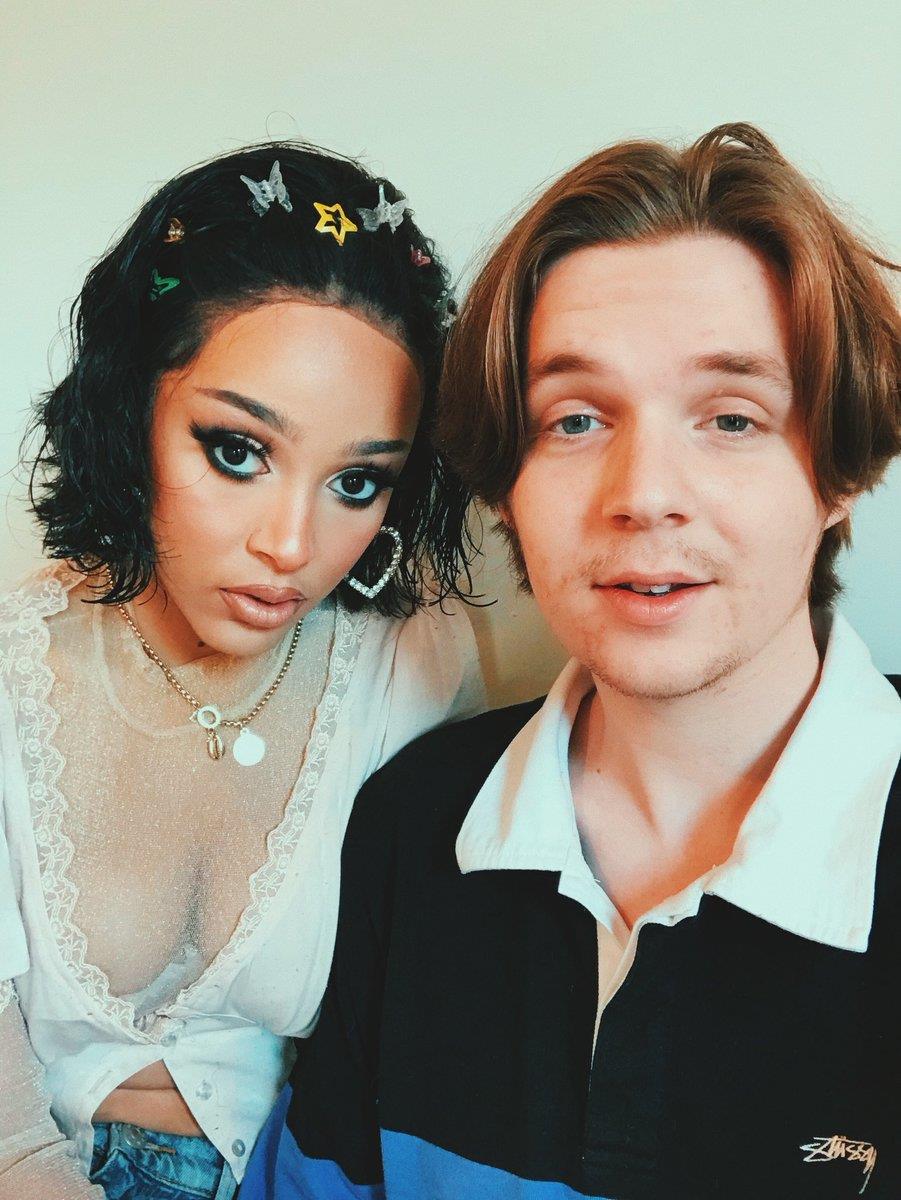 Unfortunately for them and their fans who ‘shipped’ them together, they did not last long. Doja Cat set the rumors to rest by going on Instagram Live. She said “I unfollowed my ex-boyfriend and everything is OK. We have been cool. Nothing weird going on. No drama, or weird sh*t going on. Sh*t just didn’t work out.” Honesty really is the best policy!

Doja Cat and French Montana dating rumors started when back in October 2020. Fans went crazy when French Montana posted a video on a yacht with Doja Cat. He also tagged her in the video. The video quickly went viral and fans began speculating about their relationship. 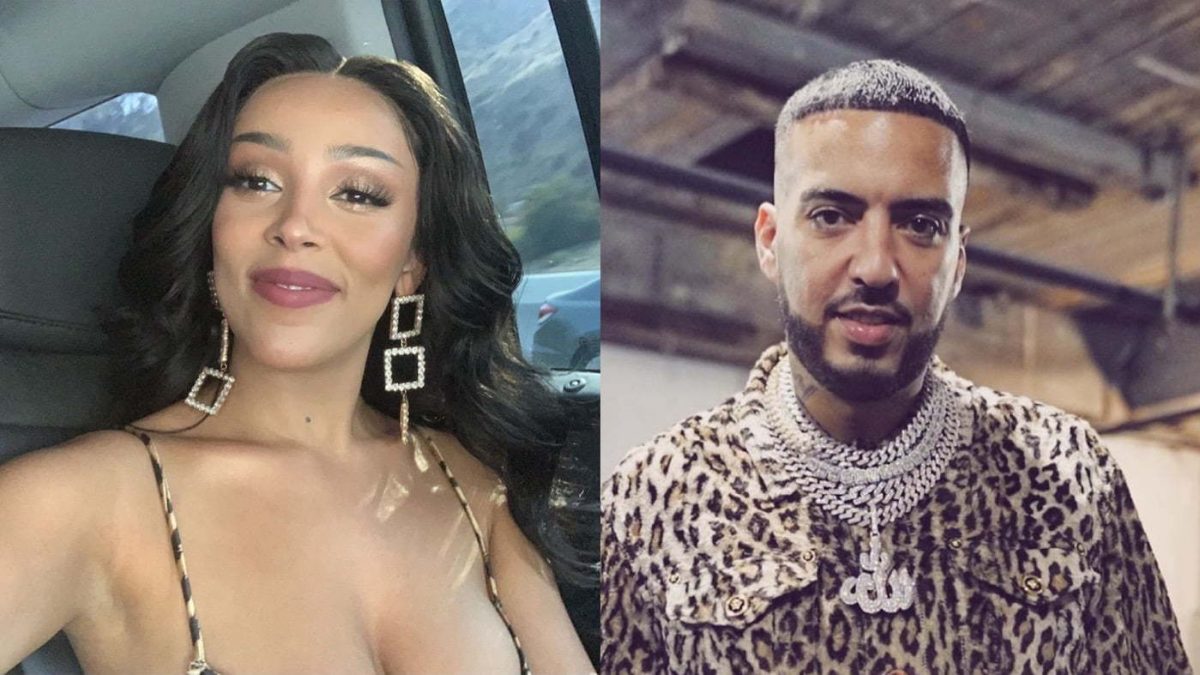 But Doja Cat quickly shut down the rumors. She tweeted “Me and French got a song coming out. F–kin relax.”

The rumors started after Doja Cat appeared on one of the episodes of Lil Dicky’s show Dave. There was so much chemistry between the two of them that fans wondered if they were together. 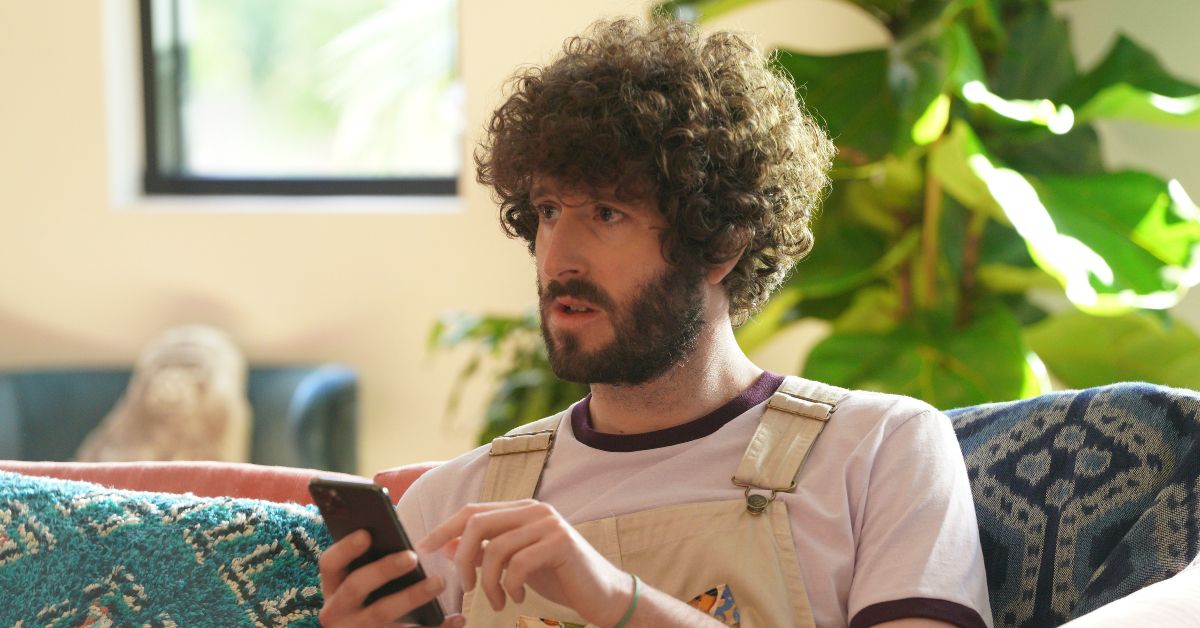 It was revealed on the show that Lil Dicky’s character Dave matched with Doja Cat on a dating app. However, neither of them acted on the flirty vibes on-screen and the chemistry apparently fizzled out.

This speculation started back in 2021. The rumors started back when Bree tweeted “my hot date @DojaCat” along with a picture of the two of them. What sent the fans into a frenzy was when Doja Cat replied to the tweet with a licking tongue emoji. 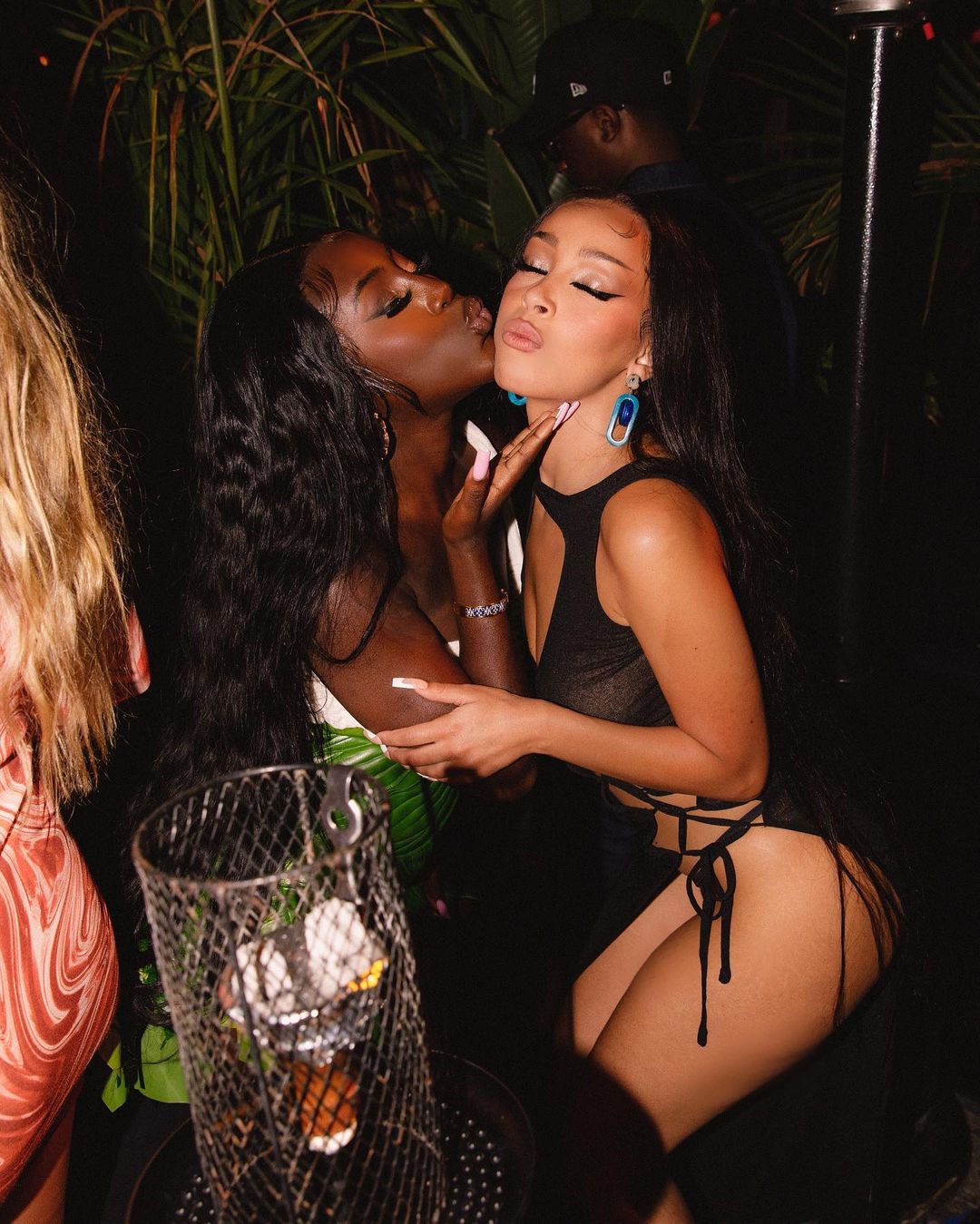 The two of them were spotted getting cozy at a party hosted by Drake. They also went on to share snaps from the party.

At one point, Doja Cat also claimed that she had a ‘girlfriend’ and that she was going public with it.

“You know I’m crazy about my WOMANNNN! Love youuuuu @dojacat best night everrrr,” posted Bree along with a bunch of pictures. But the fans are confused whether the two of them are trolling the world or are together romantically.

Even Doja Cat posted a bunch of pictures from the party along with a video of them vibing together where Bree even laid her head down in Doja Cat’s lap at one point.

Interestingly, Doja captioned the picture “I took too long to post this but- 💦🙃”.

After the back and forth of tweets and the parties, neither of them came forward to accept or deny the rumors. So, there is no saying if the two of them were together or if they were just messing around with the fans.

Yep, the rumored couple found their way back to each other. The former collaborators got together in the Bahamas to celebrate their mutual friend Adam Zia’s birthday.

Like last time, it was Montana who posted a collage of pictures and tagged Doja Cat in it. He captioned the pictures ‘AFRICANS IN BAHAMAS’. 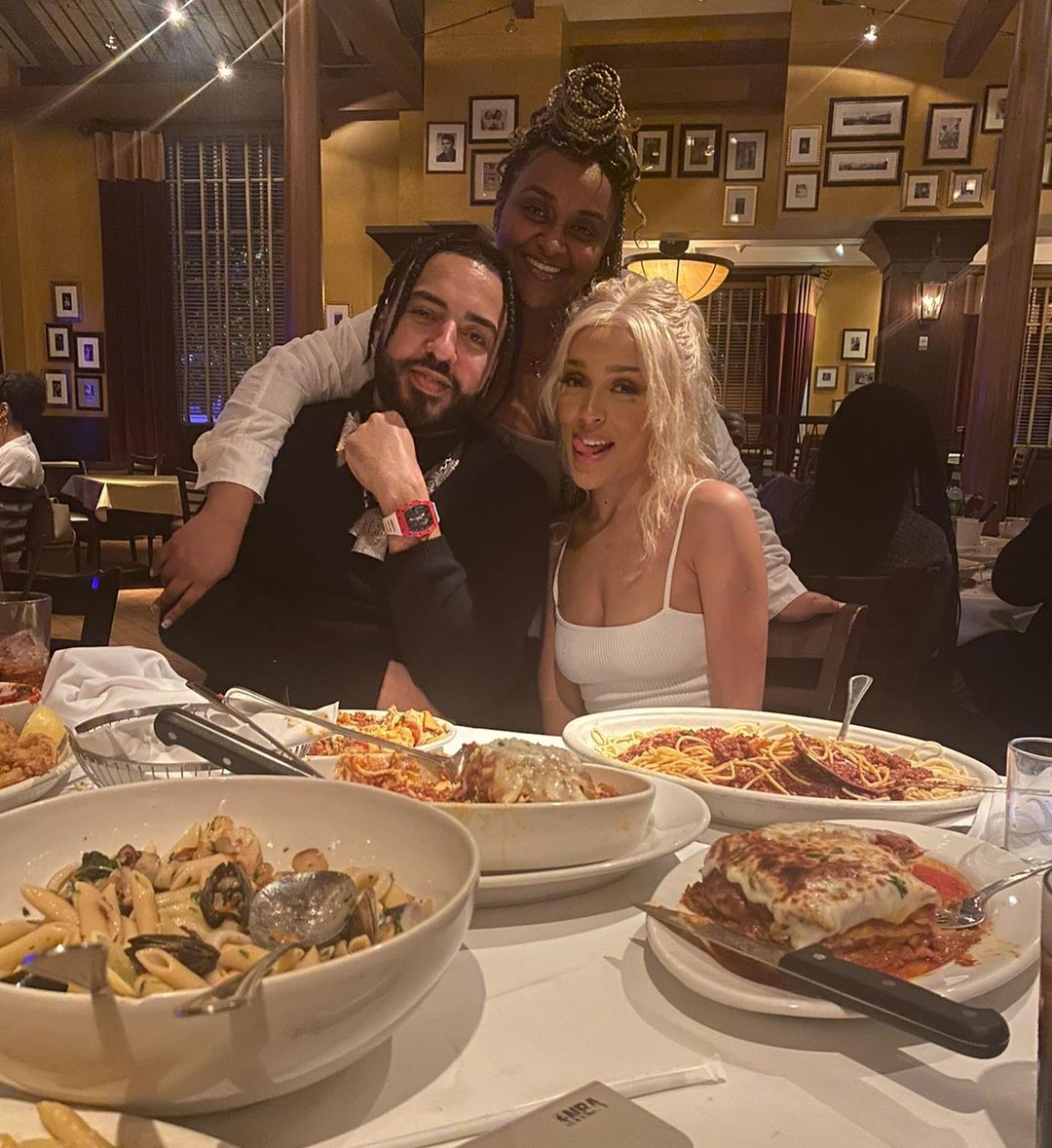 However, like last time, Doja Cat was quick to nip the rumors in the bud. She shot down the speculations by commenting “Love you brother”. Well, that is one way to set the rumors straight!

Thanks to Reddit, fans now know that Doja Cat has been crushing on the Japanese singer Joji since 2015. She even tweeted “f*ck me joji” and then deleted it later on. Fans noticed that she liked his posts in 2019 and then 2022, suggesting that she was still not over him. The Say So singer finally admitted on Instagram Live that she did have a crush on him. However, she had to shut the rumors down. She clarified “No, I’m not dating Joji. Not that he’s not cute.” It sounded more like she is open to being approached by him but is done playing around to get attention.

Fans believe that Doja Cat is not single, but that she is doing everything she can to keep the relationship private. However, she may have unintentionally revealed that she has a beau.

A MAN CALLED DOJA BABE THEN SHE STOPPED THE LIVE 👀👀 #dojacat pic.twitter.com/W6rhVisNcq

The rapper was on one of her Instagram Lives when someone called her ‘babe’. She totally freaked out, smiled, and said to him that she was on a live before shutting it down.

Fans have tried to find out who the guy is but it is hard to do from a single word that they uttered. Whoever that person may be, Doja Cat does not want him to be found.

Although Doja Cat does not admit openly whenever she is with someone, she is quick to shut down rumors if she is not with the person. It is evident that she is a private person and wants to keep that part of her life out of the limelight until she is sure that the relationship is genuine.