At the moment, Kody Brown has taken the world of social media by storm. In a sneak peek of the upcoming Sister Wives: One-on-One special, Kody talked about his relationship status with Janelle.

Kody went on to say that he and Janelle who entered into a polygamous marriage in the year 1993 have officially separated. In November 2021, Kody and Christine parted ways after 25 years of marriage. He further added, “And I’m divorced from Christine [Brown].” Throughout the course of his life, Kody has been in several relationships and he has many kids from his romances. Continue reading further to catch more insights about the personal life of the reality TV star.

How many kids does Kody Brown have?

Kody Brown has a big family. He is a proud dad of 18 children. Over the last couple of years, many of his kids have openly talked about their tense relationships with their famous father.

First, the Sister Wives star got married to Meri Brown in 1990, and the pair welcomed their first child, Leon Brown nearly five years later. Kody and Meri got legally divorced in the year 2014.

Soon after, Kody went on to marry his wife Robyn Brown and he adopted her three children — Dayton, Aurora, and Breanna from her previous relationship. Robyn and Kody also had two kids of their own: Solomon and Ariella. The polygamist tied the knot with Janelle Brown in the year 1993. She and Kody welcomed six kids together: Logan, Madison, Hunter, Robert Garrison, Gabriel, and Savannah. He married his third wife Christine in 1994. The former couple who called it quits last year share a son Paedon and daughters Aspyn, Mykelti, Gwendlyn, Ysabel, and Truely.

Logan Taylor Brown is the eldest of the Brown kids overall. He is the eldest son of Janelle Brown and Kody Brown. He was born on May 21, 1994, and brought up in Utah until his family moved to Nevada to escape anti-polygamy laws.

Currently, Logan is 28 years old. He went to the University of Nevada Las Vegas Lee Business School, where he bagged a Master’s degree in Business Administration. Earlier this year, he tied the knot with his longtime girlfriend Michelle Petty. 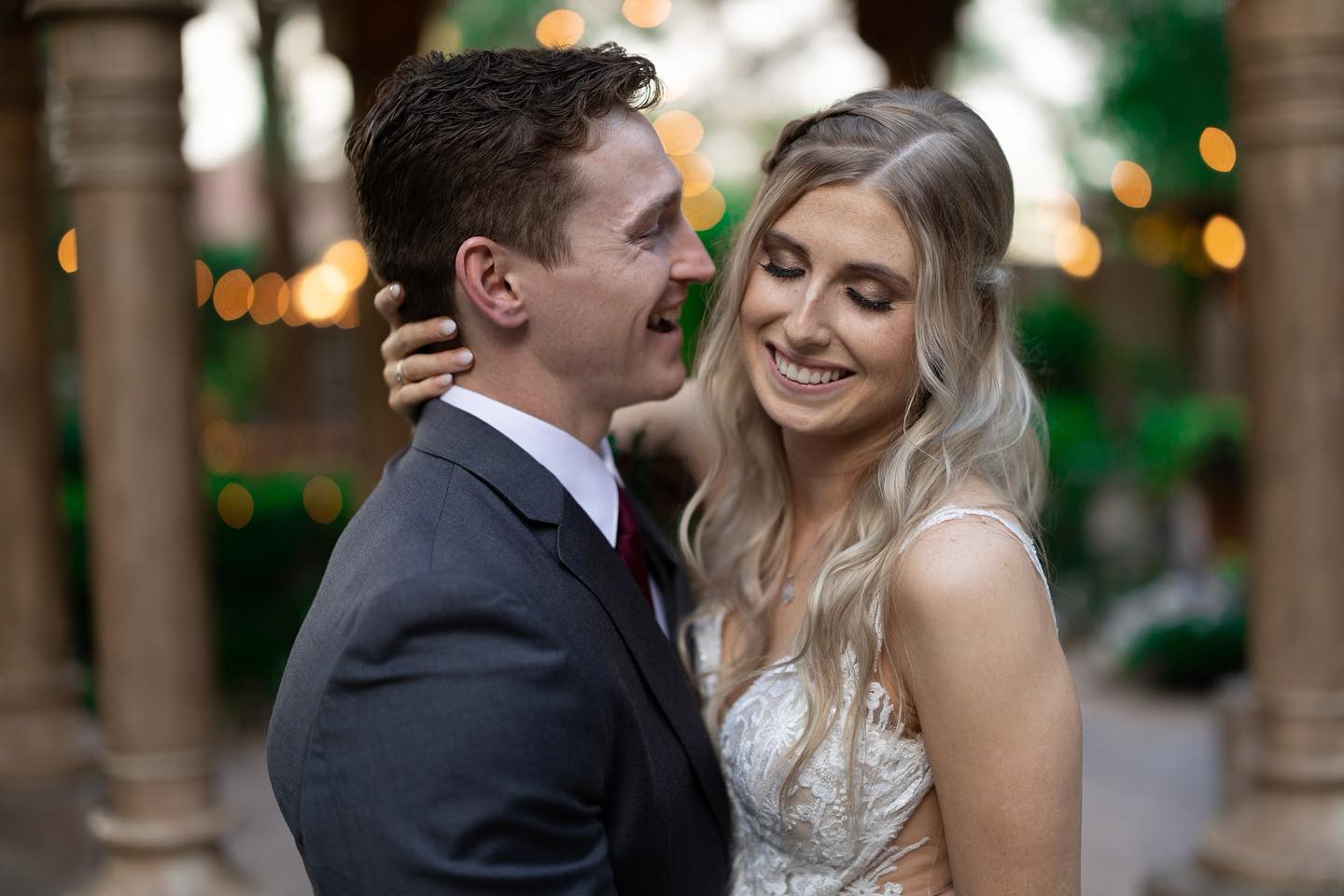 Christine gave birth to Aspyn Kristine Brown on March 14, 1995. She is the second child of Kody and first of his former partner Christine Brown. She graduated from the University of Nevada, where she studied education. In 2018, she married her high school crush Mitch Thompson and now they live in Utah. Leon Brown is the third child of Kody Brown whom he shares with his wife Meri Brown. The pair welcomed their first child together on July 29, 1995. Back in the day, Leon went to Westminster College and also attended Loyola University, where they studied social work.

Earlier this year, Leon came out as Trans. They have been in a relationship with their partner Audrey Kriss for many years. The two of them got engaged in the year 2019. 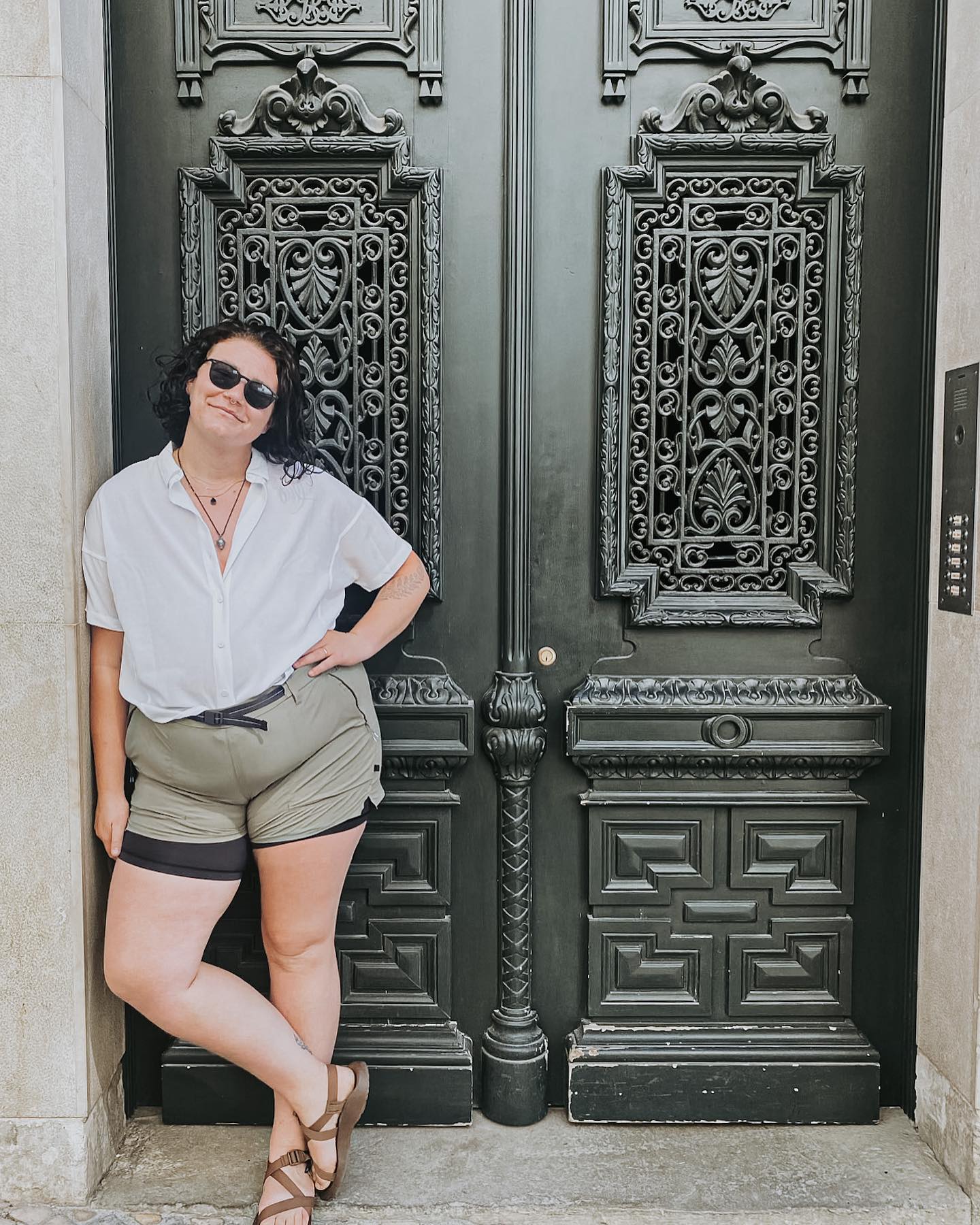 Now, 27 years in age, Madison Rose Brush was born on November 3, 1995. Janelle and Kody Brown’s daughter went to Utah State University but eventually, she dropped out of school, once she was engaged to her now-husband, Caleb Brush.

Madison and her husband Caleb got hitched in the year 2016. The pair’s wedding was covered in season 11 of the TV show Sister Wives. The couple welcomed their first child together, son Axel James Brush, on May 20, 2017. 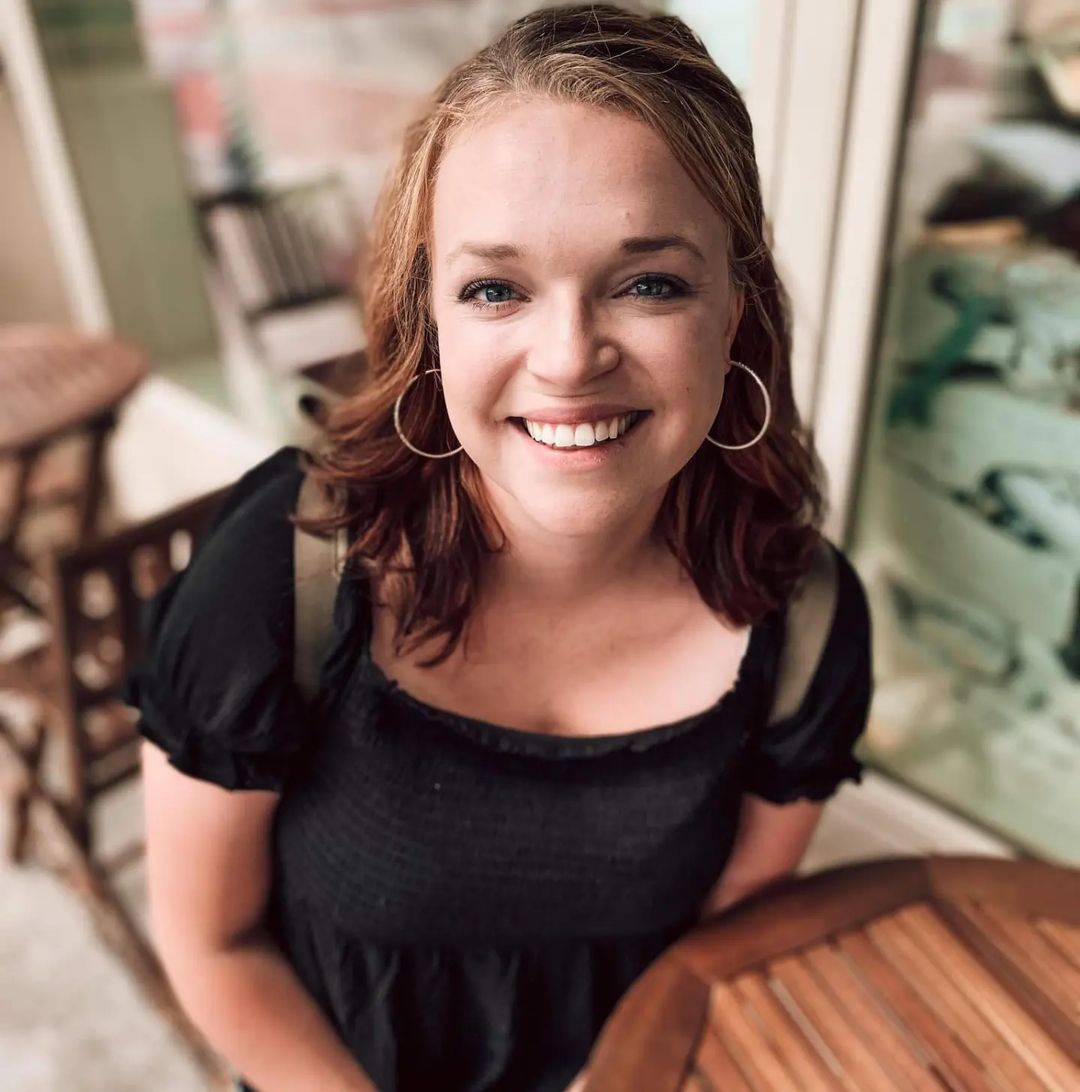 The pair added another member to their clan in 2019. Madison gave birth to her and Caleb’s second child together, a daughter named Evangalynn Kodi Brush on August 20, 2019. Last month, she announced she was expecting her third baby.

Kody and Christine’s second daughter, Mykelti was born on June 9, 1996. However, during her initial days in fashion, Kody was unsupportive of Mykelti’s passion for fashion but now she has her own business, Mykelti’s Whimsical Boutique.

Her business is associated with the clothing company that Meri is affiliated with, LulaRoe. In 2015, she began dating Antonio Padron and the pair got engaged and married the next year. Since then, the pair has welcomed a daughter named Avalon Asa Padron and twin boys, Archer Banks Padron and Ace McCord Padron. 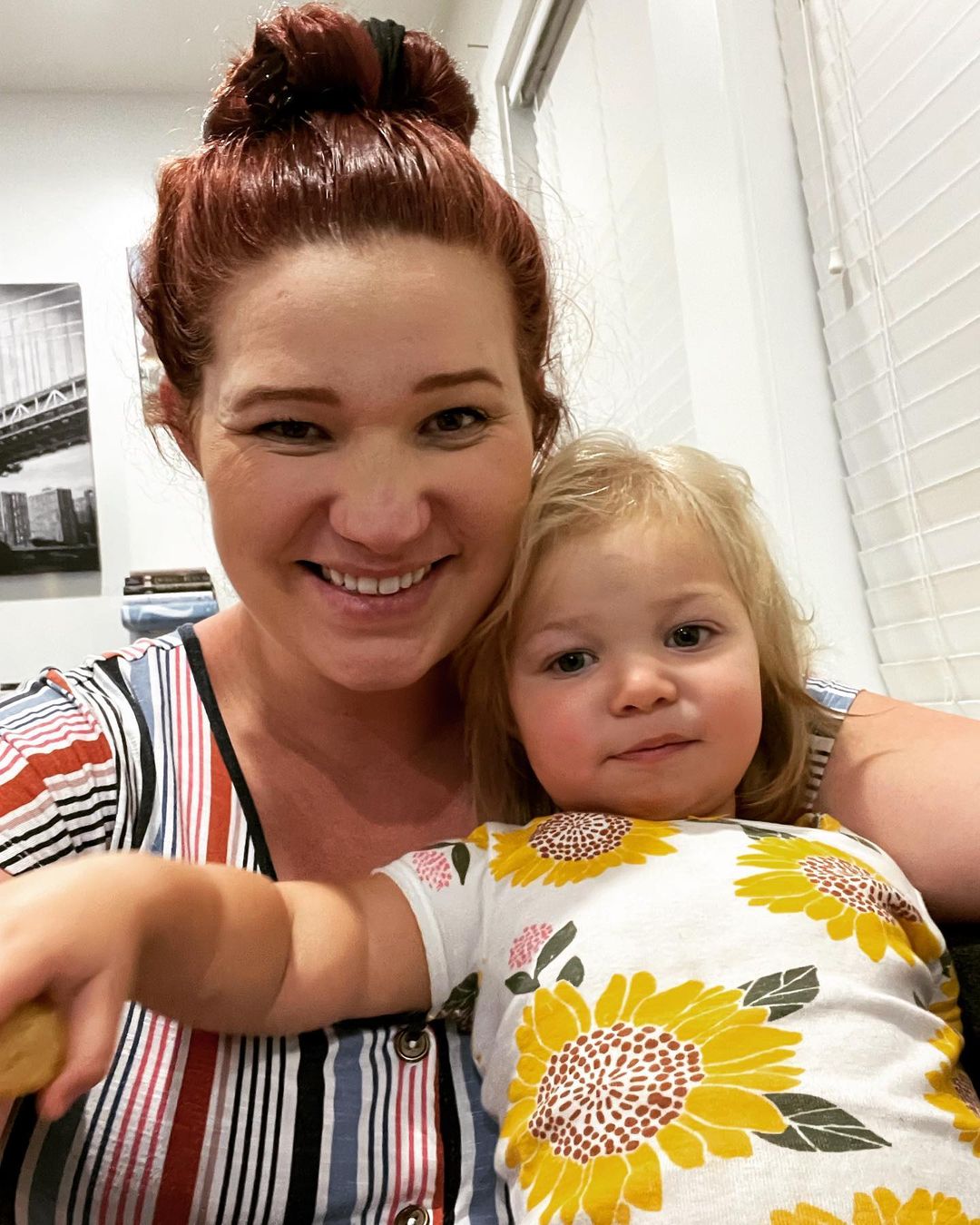 In an October 2022 episode of Sister Wives after Kody and Christine revealed they were separating, Mykelti talked about the split of her mom and dad after 25 years of marriage. At that time, she said, “I was honestly relieved when I heard my mom was leaving my dad. They’re not happy. They’re not in love.”

Mykelti’s husband Tony also chimed in and went on to say, “I thought it was a little inevitable. I can’t imagine any man being perfect enough to be able to handle four wives.”

Hunter Elias Brown was born to Janelle Brown and Kody Brown on February 9, 1997. Back in the day, he majored in biology at the Air Force Academy. He plans to become a nurse in the future. At the moment, he is dating surgical ICU nurse Audrey Hubert, and on the work front, he is working towards a Master’s degree at John Hopkins University. 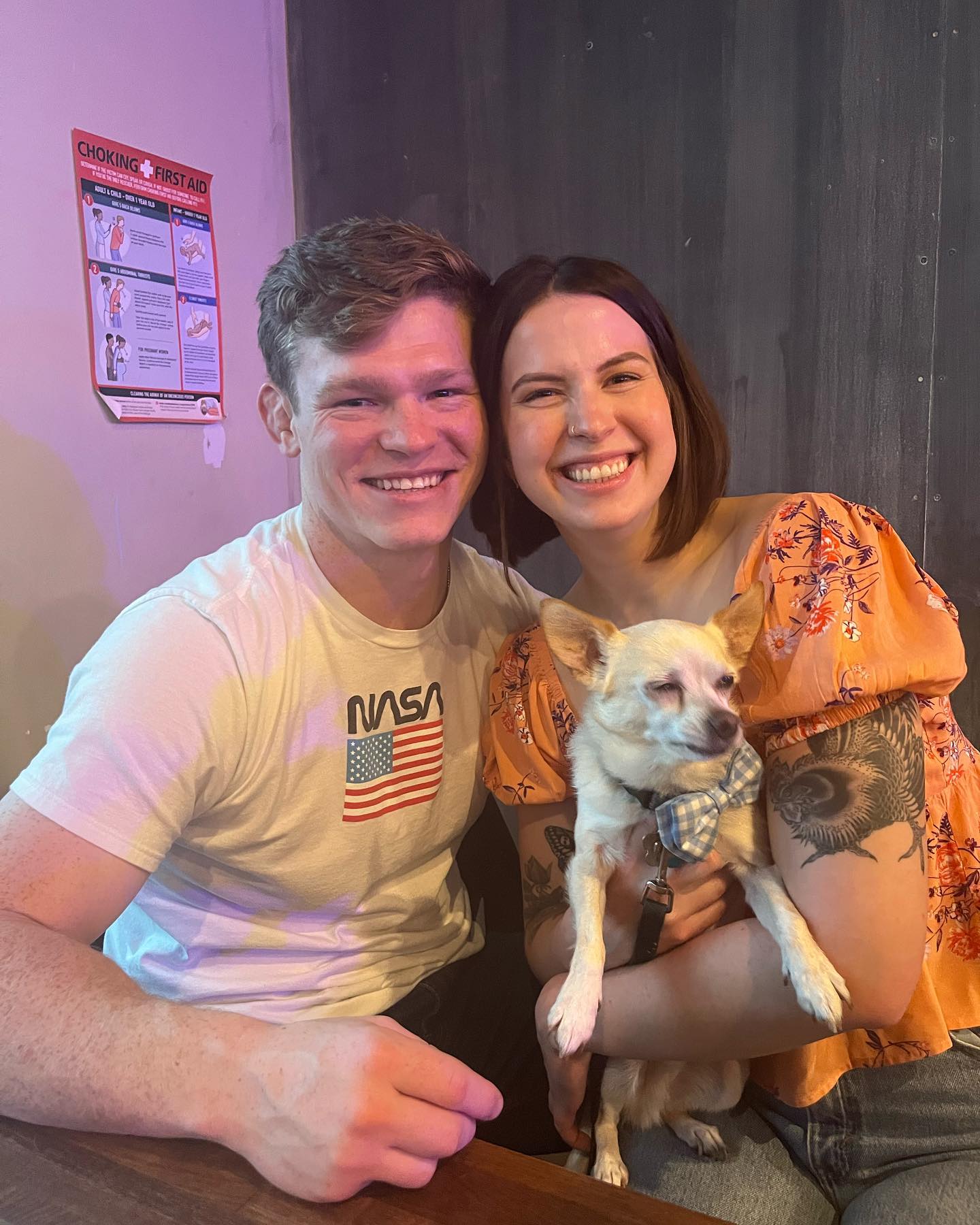 Paedon Rex Brown is the only son of Kody Brown and his ex-wife Christine Brown. He was born on August 7, 1998. At the moment, he is 24 years old. Just like his brother Hunter, he has been a part of the National Guard.

Following high school, Paedon finished National Guard boot camp and graduated in the year 2019. He is an upcoming firefighter in the making. He wishes to train for that career soon in Utah. Kody and Janelle welcomed their son Robert Garrison Brown on April 10, 1998. He goes by his middle name that’s Garrison. In the past, he was also a part of the military. He wanted to join the army but after having a chat with his dad, he changed his mind and decided to join the Nevada Army National Guard in the year 2015.

Apart from this, Robert also has his own clothing brand as well. The name of his clothing line is Bob’s Floral. He sells Hawaiian shirts, dresses, and swimwear. Right now, he is 24 years old. 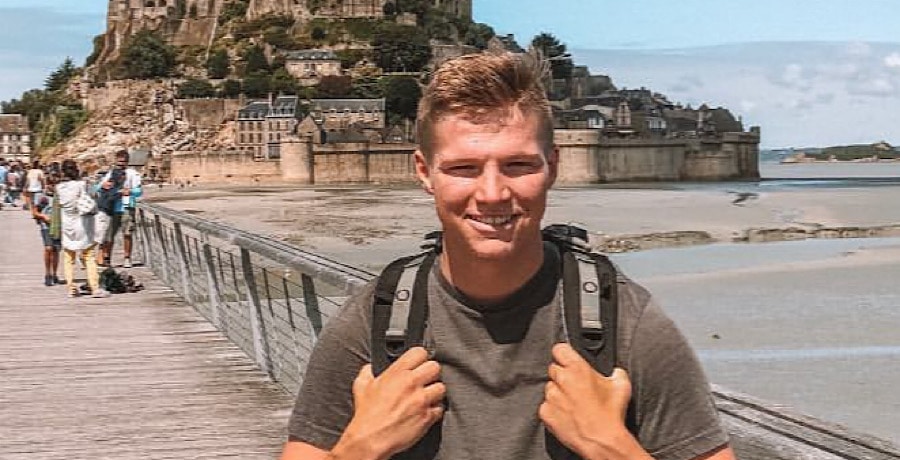 Robyn Brown and her former husband, David Jessop welcomed their son Dayton Brown on January 21, 2000. Kody adopted Dayton in the year 2015. In a media interaction, Robyn disclosed that as a child, her son Dayton didn’t speak until he was over a year old, and struggled with things like eating textured foods. He was bothered by loud noises.

Later on, Robyn concluded that her son Robyn lives with autism. In an episode of the show, Sister Wives,  she went on to say that people like him as “amazing,” although they do not fit what people categorize as, “normal.” She further added, “We need to expand our minds and hearts to see each for who they truly are.” Gabriel Brown who is 21 years old now, was born on January 8, 2001, to Janelle Brown and Kody Brown. He was brought up in Utah. At this point, he attends Northern Arizona University.

In a January 2022 episode of the show Sister Wives, Gabriel even clashed with his dad Kody over his strict COVID-19 rules for the family. At that point, Gabe stated that he should be able to see his girlfriend, Peyton, on the other hand, his dad Kody disagreed, “I mean, Gabriel, the real issue here is you had to choose between me coming over or seeing your girlfriend.” The words spoken by the family patriarch upset Gabriel and he went on to tell the cameras that his father’s lockdown protocol was “literally ruining our family.”

Christine gave birth to her and Kody’s fourth child together, daughter Gwendlyn Brown on October 16, 2001. Currently, she is 21 years old. As of this moment, she is attending college in Arizona. She came out as bisexual in the year 2021.

After her dad Kody’s split from her mom, Gwendlyn poked fun at his Google Search results. Her Instagram Story showed Christine Brown’s ex-husband” next to Kody’s name. “I’m deadass [serious] when I tell you this is what comes up when you Google my father,” she wrote in her Instagram Story. Aurora Alice Brown was one of Robyn’s three kids with her ex-husband. She was adopted by Kody in the year 2015. Soon after, she changed her last name from Jessop to Brown. 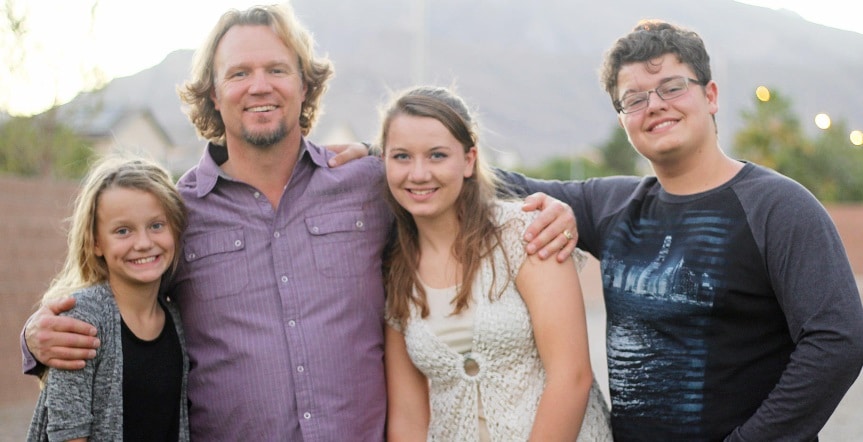 Christine gave birth to her fifth child, daughter Ysabel Paige Brown on March 7, 2003. She completed her high school education in Nevada before she shifted to North Carolina to live with her sister Madison and attend East Carolina University. Kody and Janelle’s daughter Savanah Brown joined them earthside on December 7, 2004. She is the twelfth Brown child. At the moment, she is only 18 years old. Kody also adopted Robyn’s daughter Breanna Rose Brown. She was born on July 10, 2005, to Robyn and Preston. Like Robyn’s other kids, Breanna also changed her last name to Brown. Now, she is 17 years old. Kody and Christine welcomed their daughter, Truely Grace Brown on April 13, 2010. Her birth was documented on a Sister Wives season 1 episode. After Christine’s split from Kody, Truely moved to Utah with her mother. 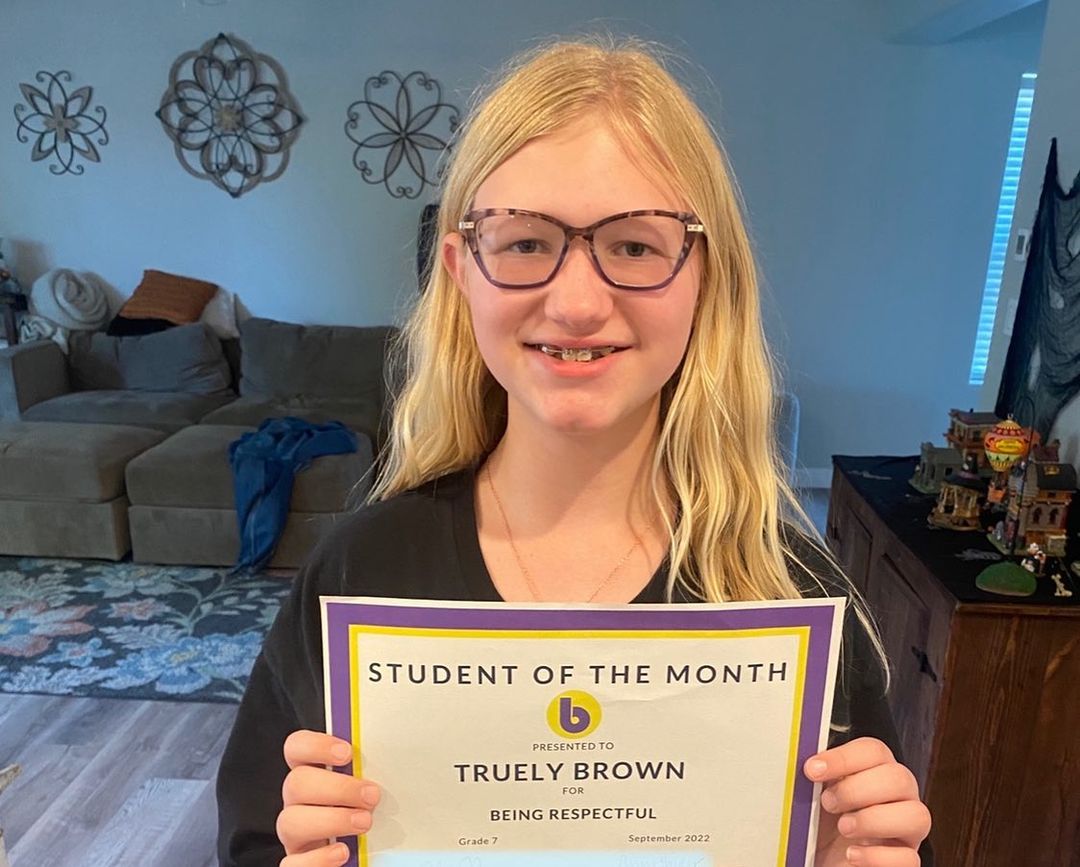 Robyn gave birth to the last son in the family, Solomon Kody Brown on October 26, 2011. The final child of the Brown family came into the world in the year 2016. Robyn and Kody welcomed their last child, daughter Ariella Mae Brown on January 10, 2016. Right now, she is 6 years old. Do you like the TV series Sister Wives? Kindly let us know your thoughts in the comments section below. Don’t forget to stay tuned with us for the latest updates from the world of showbiz.